The Viaje Holiday Blend Christmas Tree is on its way to retailers, according to a post by brand owner Andre Farkas via his Facebook page.  In a comment on the picture posted Tuesday, Farkas said “The trees are en route to ALL authorized Viaje retailers.” This is the first year for the Viaje Holiday Blend Christmas Tree, which will be the lone release in the series for 2013. Production delays meant that the regular releases of the Holiday Blend series would not be produced this year, an announcement that came in early December. The tight-lipped company has kept specific details about the Christmas Tree to a minimum, with the picture posted Tuesday the first look that the company has provided of the cigar. A picture of the box was posted when news of the delay to the regular releases was announced: 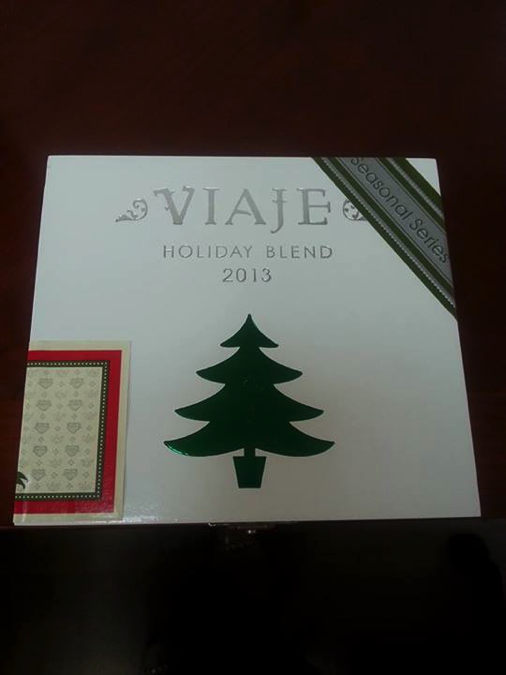 The Viaje Holiday Blend Christmas Tree appears to be a short, stubby torpedo, and becomes the eighth installment in the company’s Holiday Blend series: Farkas will be attending the national release party being held at Anthony’s Cigar Emporium’s newest location in Tucson, Ariz. on Saturday, December 21 from 4 – 9 pm.