At IPCPR 2011, select individuals were handed a special blend from Andre Farkas, Viaje Friends and Family. The cigar has never publicly been shown off and nearly nothing is known about it, but a few retailers have indicated that they will be receiving a single box of Friends and Family in their upcoming shipment alongside WLP Winter Classic and Super Shot 10. 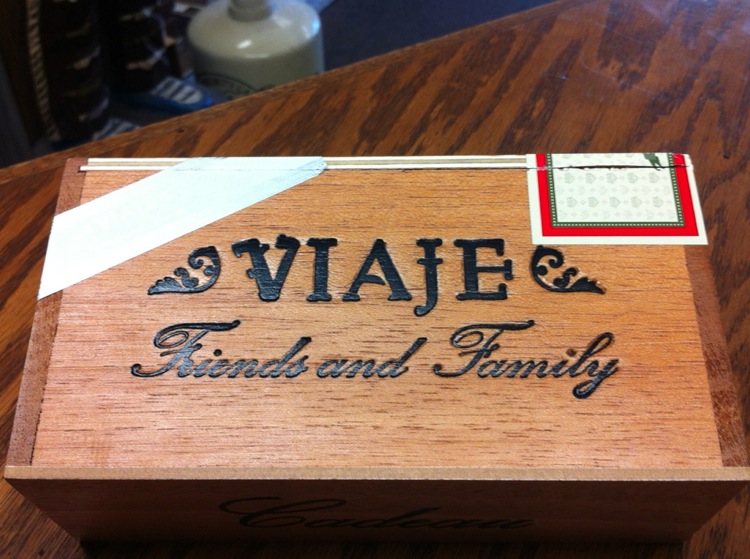 Here’s what I wrote at IPCPR:

Andre Farkas was an open book, but there was some hesitancy when I asked him about the Friends & Family blend. The short of it is, Andre wanted a cigar he could give to friends and family, his own little personal project. Currently the cigar is not for sale.

While the blend is still unknown, a hesitant Andre Farkas explained in Las Vegas that it was like his Cohiba. A reference to the famed Cuban brand that was originally created as a personal blend for Fidel Castro that was given to friends and diplomats before becoming a commercially available blend in 1984.

This is the second time that Farkas has created a personal blend for private consumption. The Viaje War Hammer was created for the consumption of the Viaje Office, although Farkas has given them out at least one event.

Currently, there has been zero indication that the War Hammer will be released for sale, which wasn’t always the case with Friends and Family.

While the box count, and as such single pricing, is unknown, boxes carry a MSRP of $230.00. Viaje traditionally uses either 20 or 25 count boxes, pricing cigars right around $10.00 a piece. 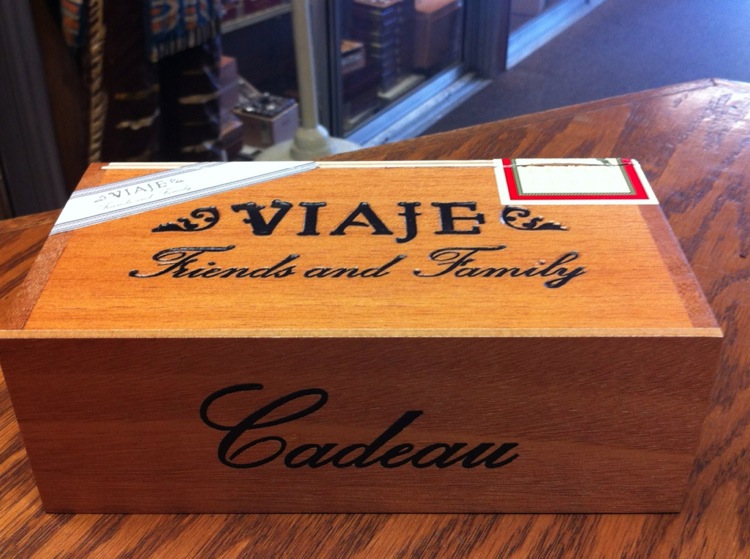 Update: Retailers have begun receiving boxes. They are 15 ct boxes, pricing the cigars at $15.33 a piece. The size is a 7 x 48 box-pressed Churchill. It is believed this is the same cigar that was handed out at IPCPR.

It’s still unknown how many boxes will be shipping and the blend remains unknown.

Cadeua translates into gift from French.