Viaje has announced a line extension to their Late Harvest line that they are calling Hang Time.

The announcement was made via the company’s Facebook page on Tuesday afternoon, with a company representative confirming details about the addition on Wednesday. 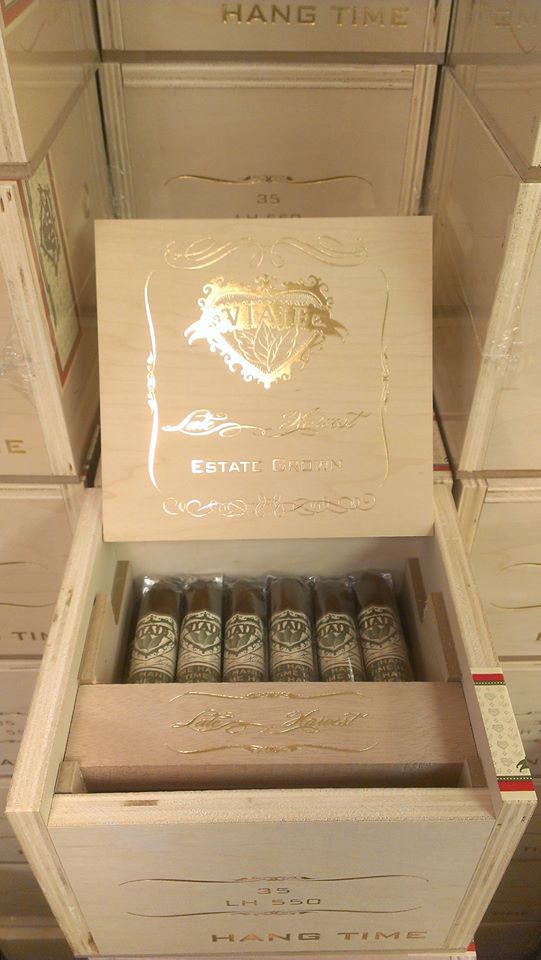 Just like the main Viaje Late Harvest line, the cigar is a Nicaraguan puro and will come in two sizes:

The Facebook post made by the company explains a bit more about the cigar’s origins and inspiration:

In wine parlance, hang time refers to the length of time between flowering and harvest – in other words, how long the grapes hang on the vine. Hang Time is an extension of the Late Harvest line. It differs from Late Harvest in one important way. The wrapper selected for Hang Time is from a higher priming, which allows for more time on the stalk resulting in a more intense smoking experience.

Both will retail for $8.86 per cigar and come packed in 35 count boxes, with 250 boxes of each size being made. The cigar will make its debut at the IPCPR Convention and Trade Show in mid-July, though the company had yet to confirm shipping dates for the Late Harvest Hang Time. In 2011, the debut year for Late Harvest, the cigars shipped after the trade show, while in 2012 they shipped in May, several months before the industry’s annual gathering.