The cigar is rolled in the Dominican Republic before being flavored with the Boston Beer Company’s highly coveted annual release. The cigar is said to deliver the brew’s subtle sweetness and rich notes of maple and vanilla, along with a spicy complexity from the tobacco blend, which uses a Ecuadorian Connecticut Shade wrapper, Ecuadorian Sumatra binder and Dominican Republic Piloto Cubano & Criollo ’98 filler. It is available in a single 6 x 50 Toro vitola. 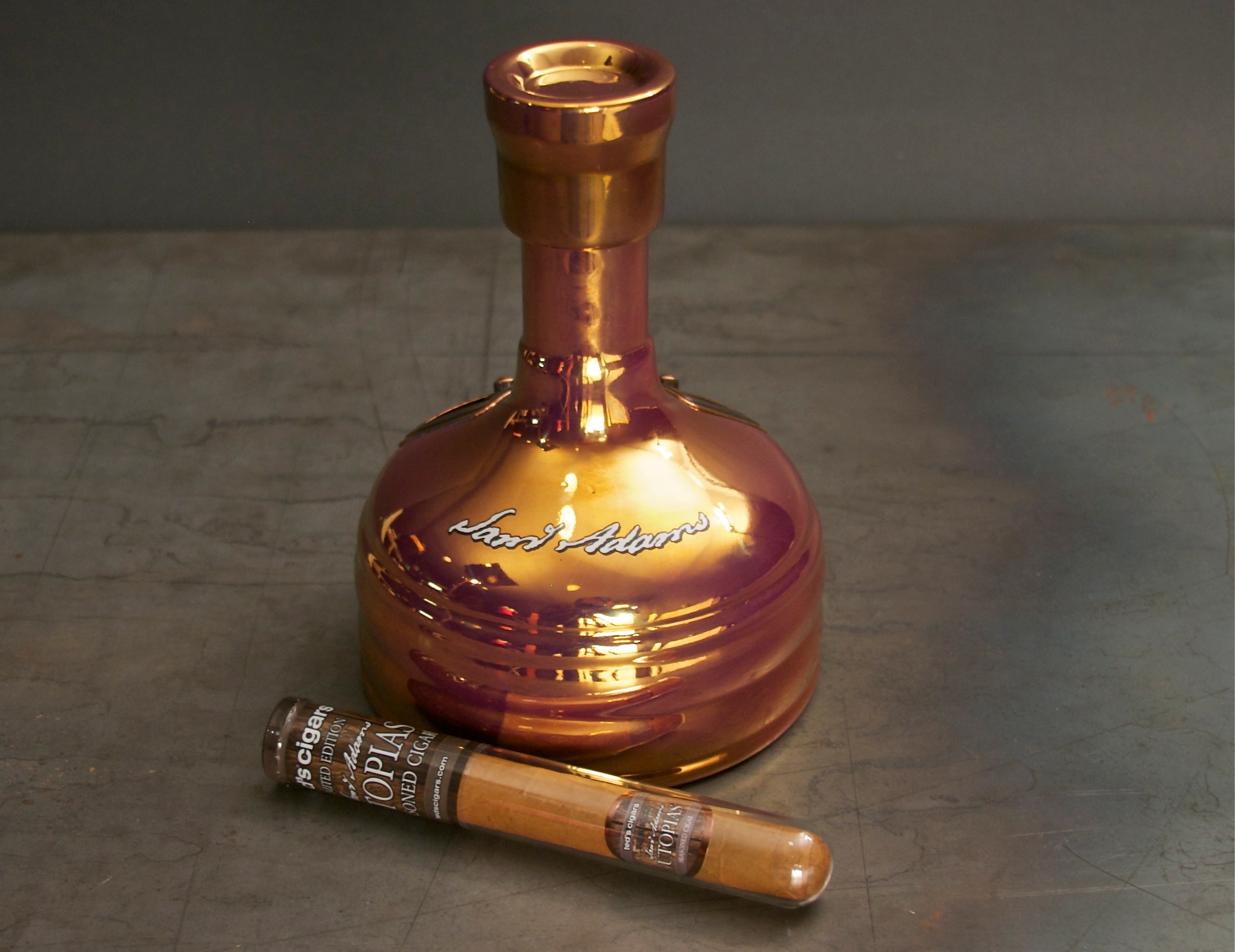 In a press release issued Thursday, Ted Jackson, president of Ted’s Cigars, commented on the Utopias-seasoned cigar: “Cigars and craft beer, particularly a complex brew like Utopias, have more in common than most people would imagine and complement each other quite well. Aficionados of both cigars and beer know that subtle flavors and delicate touches can elevate the drinking or smoking experience tenfold. It’s exciting for us to work with such an innovative brewery to create these one-of-a-kind cigars.”

The cigars can be enjoyed on their own or as a pairing with Samuel Adams Utopias; when enjoying the beer and cigar together, the beer is said to bring out a creamy, spicy sweetness from the cigar and enhances the subtle leather and smoky character in the cigar’s finish.

The cigars are available exclusively at TedsCigars.com/Samuel Adams during November and December with a price of $13 per cigar. It is available as a single stick or in a three-count gift pack as well as 10-count and 25-count boxes.

2013 marks the eigth release of Samuel Adams Utopias, the brewery’s most renowned barrel-aged, extreme beer and one of the year’s most anticipated beer releases. It is the first time Samuel Adams brewers have blended Utopias with Samuel Adams Kosmic Mother Funk (KMF), a Belgian-style ale barrel-aged for at least nine months (and up to two years) in Hungarian oak tuns.

Meant to be savored like vintage fortified wine or fine cognac, Utopias is a strong, rich, uncarbonated dark beer best served as a two-ounce pour at room temperature in a snifter glass.

The brewers make fewer than 15,000 bottles of this limited-edition beer due to the long aging required. It will be available at select specialty beer and liquor stores starting this November for a suggested retail price of $199 per bottle.