Pete Johnson is preparing the second release of his popular exclusive release for the Tobacconists Association of America, the Tatuaje TAA 2012. Last year, Johnson released the TAA 2011 based off the popular Pork Tenderloin and subsequent Barclay Rex.

Johnson took to Twitter to field questions about what size people wanted: 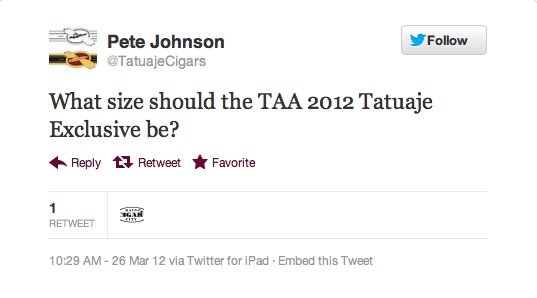 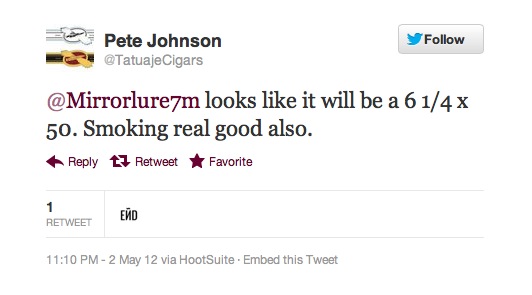 In addition, Johnson confirmed to halfwheel that the TAA 2012 will ship the second week of September. At least one retailer is already taking pre-orders online.

The Tatuaje TAA is one of nine releases exclusive to members of the Tobacconists Association of America. The others, according to the TAA, are: