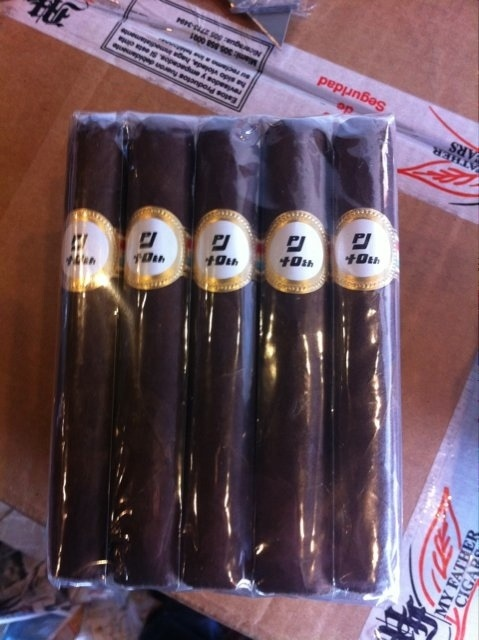 We do a great job at promoting cigar rumors and news. Every once in a while we are wrong, other times we are really really wrong, like last week.
Pete Johnson posted the above (after you click beyond the jump) photo of the Tatuaje PJ40. Some have speculated that this might be a different blend for Jonson’s recently celebrated 40th birthday, but that’s not the case. According to Pete:

It’s a Fausto FT140. I just used the band for an event in Hawaii next week since the Fausto band isn’t ready. Not for sale.

When I asked Johnson if there was still plans to include a PJ40 in the Saints & Sinners pack, he responded:

The 40th for the club is something completely different.