Cigar Inn in New York City has taken delivery of the Room101 OSOK 212, a store exclusive re-issue of a cigar that made its debut in January 2012. It is being made available in four sizes: The Filero and Chingon vitolas were part of the original Room101 OSOK production, while the the Chingonazo and Pedaso are unique to this release. Each comes with a foot band that prominently displays 212 on it, the original area code for New York City, as well as Exclusive One Shot One Kill Cigar Inn NYC.  The cigars come in 10-count boxes which feature a red silhouette of the Empire State Building.

Matt Booth of Room101 quoted a total production of about 3,000 cigars across the four sizes. 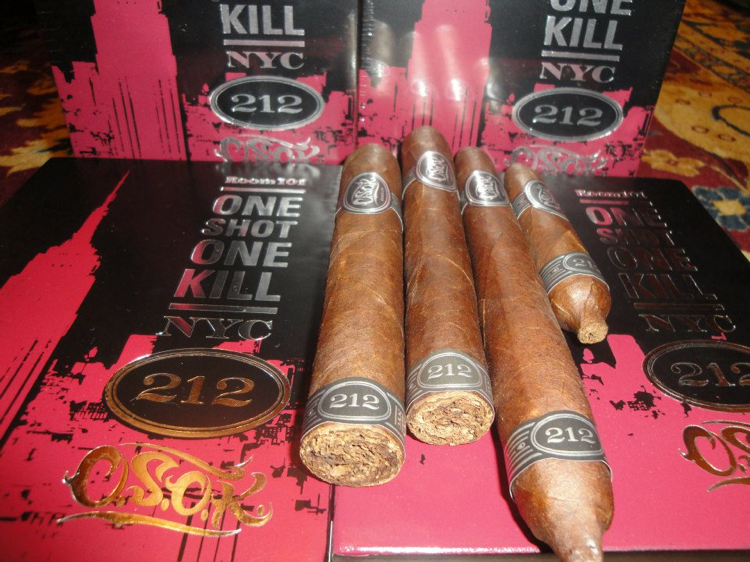 As for the blend specifics, Booth said it is “basically the same blend” as the original OSOK, but acknowledged that there was one component which made it impossible to continue production of the original OSOK. He did hint that this new blend, or a slightly tweaked version, may become a new Room101 release in 2013. However, it will not be under the OSOK name. According to Booth, this will be the last usage of that mark.

The original OSOK used an Ecuadorian Habano wrapper, Honduran Corojo binder and filler blend of Honduran Corojo and Dominican Republic Piloto Ligero. He wouldn’t go into specific details about which portions of the blend had to be changed for this release.

The Room101 OSOK Filero was reviewed on halfwheel in January 2012.