Earlier this week Rocky Patel informed retailers that a new version of its popular The Edge would be available in a Candela wrapper. The cigars, which begin shipping this week, are 6 x 52 Toros priced at $6.40 per single or $128 per box of 20. This is the fifth version of The Edge, which has been released in Corojo, Maduro, Sumatra and Connecticut (The Edge Lite). The Candela wrapper is from Honduras.

Currently, the plan is only for this single size. 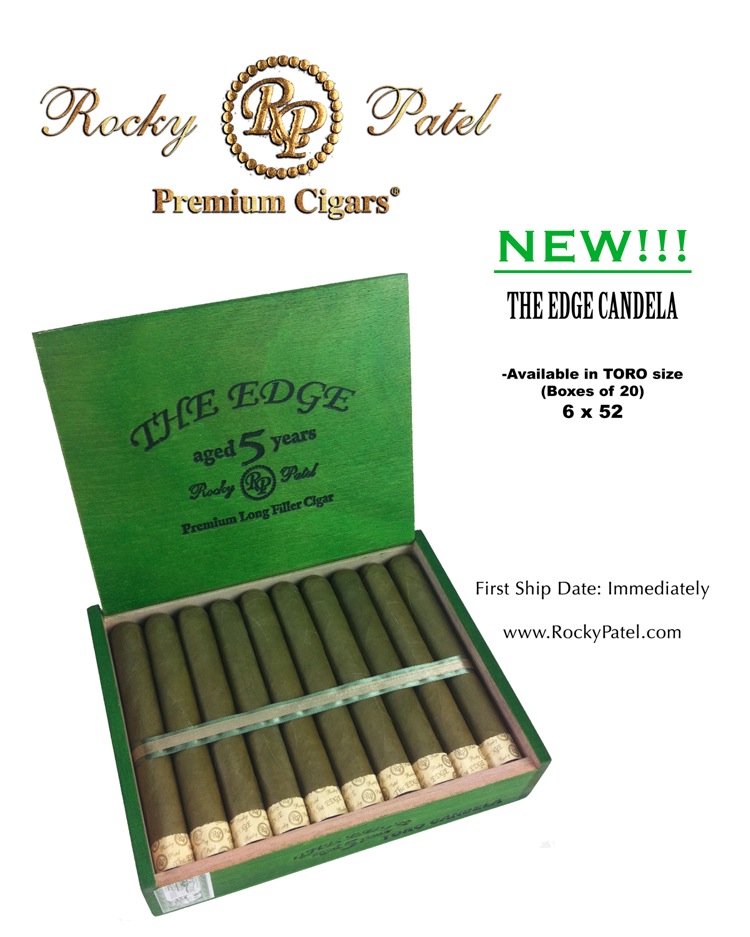 Unlike many of Rocky Patel’s new releases in the past two years, which have been released from TAVICUSA, The Edge Candela is made at Nestor Plasencia’s El Paraiso factory alongside the rest of The Edge line.