On Monday, Rocky Patel Cigar Company announced the addition of a 6 x 60 vitola to their Fifteenth Anniversary line. The new cigar was announced via the company’s Facebook page and is currently available to retailers.

The 6 x 60 is the first vitola addition to the Rocky Patel Fifteenth Anniversary line since its debut in 2010. The line is now available in six sizes, all of which are box-pressed.

The Rocky Patel Fifteenth Anniversary is made with a Ecuadoran Habano wrapper, Nicaraguan Jalapa binder and Nicaraguan filler from the Estelí region. 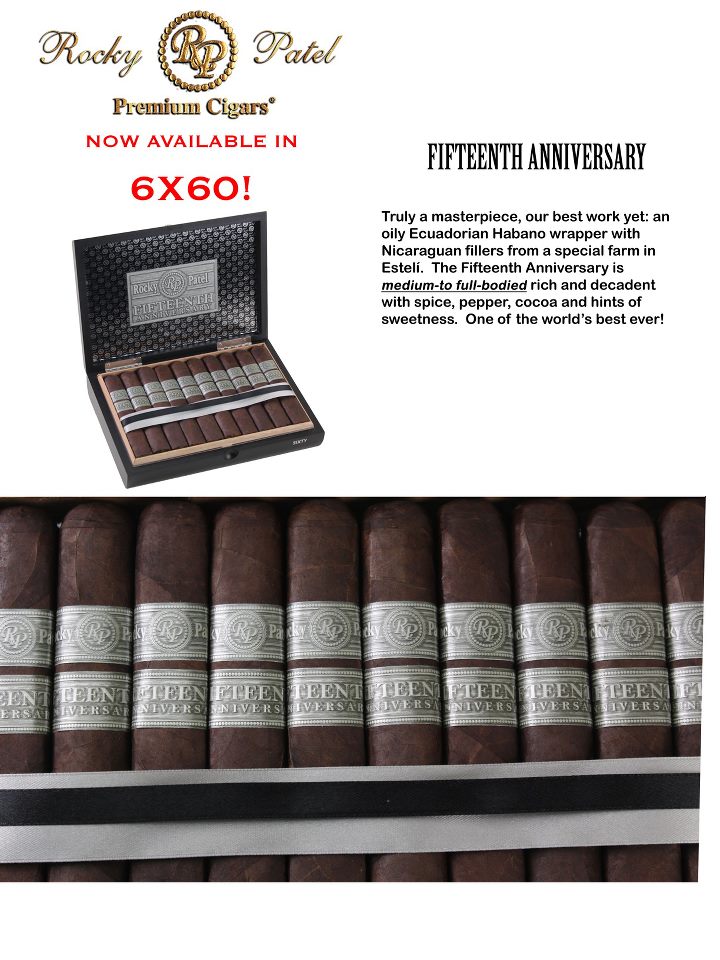 Update (May 8, 2013) – An earlier version of this story reported that there were five sizes of the Rocky Patel Fifteenth Anniversary, however that count omitted the Robusto Grande, an exclusive size available only to Tobacconist Association of America members.