After formally opening their new factory during ProCigar 2012, Quesada announced the next size of its limited edition Q d’etat line, the Howitzer.

The 6 x 60 size is the second release under the Q d’etat line. Terrence Reilly of SAG Imports said the cigar will be released in time for Memorial Day weekend, which falls on May 28 this year. 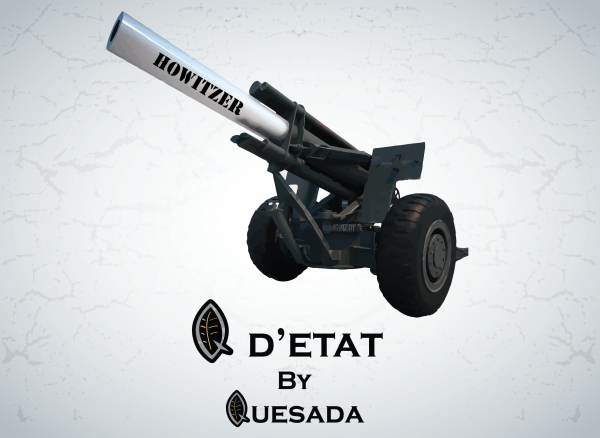 Like the Q d’etat Molotov, the cigar will be limited to 1,000 boxes of 10 cigars and each will include a card to sign up for a membership to Cigar Rights of America. Pricing sets each cigar at $9.50 and boxes at $95.00.

The original press release for the Molotov explained the inspiration behind the Q d’etat line:

The Q d’etat line represents a symbolic revolt against the unfair taxation practices and mistreatment of the premium cigar industry.  The brand is intended to create awareness of the dangers increased government regulation and taxation will produce, specifically the FDA’s desire to regulate premium cigars. There will be three sizes, released at different dates, of 1,000 ten-count boxes.  Each box will contain a form to register for membership in Cigar Rights of America.

Dan Reeve of CigarExplorer tweeted the following picture of a prerelease sample: 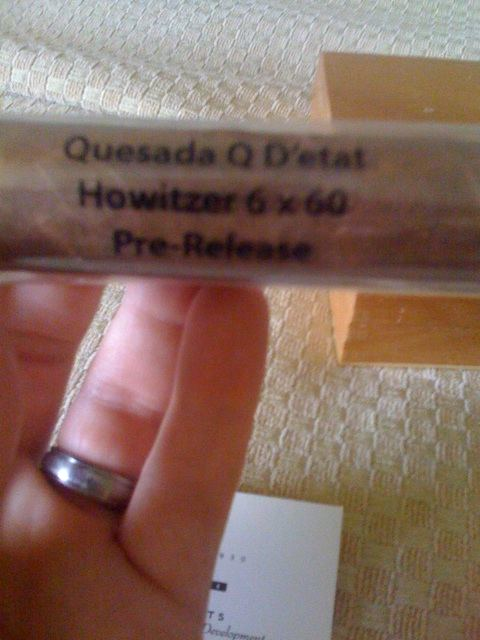 There is a third size of Q d’etat expected later this year.