Pinar Del Río will be releasing four new cigars in the coming months, confirming speculation that the company would be adding to their portfolio after a blurry photo started circulating around the internet. 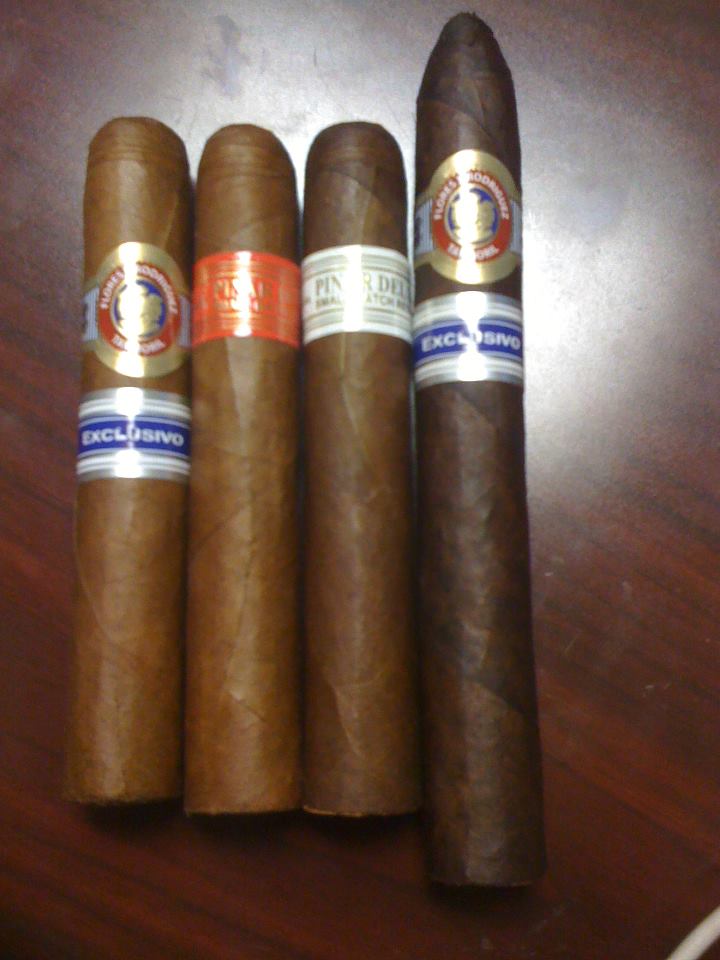 This photo, tweeted by Tim Podwika of PodmanCigars.com, shows the four new offerings from PDR.

The Small Batch Reserve, pictured in the middle, are due out in limited quantities in the coming weeks. They will be available in two wrappers: a Brazilian Cubra Habano and Maduro, while the binder is a Dominican Criollo ’98 that covers a blend of Nicaraguan and Dominican Corojo fillers. According to Ekert Cordon, National Sales Director for PDR Cigars, the Natural and Maduro wrappers come from separate crops.

The Flores & Rodriguez brand, pictured on the far left and right, won’t likely appear until the IPCPR trade show in early August. It uses a 100% Dominican Habano Vuelta Abajo blend that will be available in both a Natural and Maduro wrapper, again with the wrappers coming from separate crops for Natural and Maduro. It too will be available in four sizes and retail for $4.55-$5.55 per cigar:

Both are being made at Pinar Del Río’s recently opened cigar factory, known as PDR Cigars, in Santiago, Dominican Republic. The first batch will consist of 100 boxes of each size.