Glen Case of Kristoff is preparing to formally unveil a new core line of cigars that will mark a new chapter of his company’s history and give Kristoff what he says is “a new look, a new flavor and a new level.” The Kristoff Galerones line is slated to be released at the 2013 IPCPR Convention and Trade Show in mid-July, and will push Kristoff’s catalog into new several new areas, as the line will be Case’s fullest and most expensive to date.

Galerones will be comprised of four lines of cigars, each of which will have four sizes, meaning that this new line will add 16 cigars to the company’s portfolio. Following up on the initial news of the new line which was first reported in Cigar Insider, Case released details of the four new Galerones lines in an exclusive to halfwheel.

The strongest of the lines is called Intensivo, Spanish for intense. “This is the fullest bodied cigar I’ve made,” Case said, noting that it uses three types of ligero in the filler along with a Brazilian Arapiraca wrapper. Unlike the other Galerones cigars, it will be a box-press, the first that Kristoff has ever produced. “It’s something I’ve wanted to do for a while,” Case noted, saying that the Intensivo blend seemed to be a perfect match for a box-press.

A step down in terms of strength from the Intensivo is the Sentido, which comes from the Spanish word for senses. It will be the first cigar in Kristoff’s portfolio to use a Mexican San Andrés wrapper, over a binder and filler blend that Case did not disclose.

Third in line is the Centiza de Plato, which means silver ash and was a name selected by Case’s son, Christopher. The wrapper is a Brazilian Cubra leaf, the same leaf that was used on the yet-to-be-released 685 Woodlawn. Case describes it as medium-plus to just shy of full bodied, with a binder leaf from Honduras and filler from the Dominican Republic and the Estelí region of Nicaragua.

The mildest of the four Galerones cigars will be called DR4, a nod to the four distinct types of Dominican tobacco used between the binder and filler, with an Ecuadoran Connecticut leaf serving as the wrapper. Case describes it as the creamiest of the four cigars.

All four of the new Galerones cigars will be made at PDR Cigars in the Dominican Republic. Case was quick to compliment Abe Flores of PDR Cigars for his innovative ways of processing tobacco that he said result in a “unique, more intense flavor profile.” Case said he was striving to create cigars that had a big flavor component as opposed to a strength-based nature, and Flores was very helpful in achieving that goal.

He also praised Flores’ operations, noting how well organized the factory is, which results in tobacco moving through the processing stages with a great amount of care and efficiency. “His knowledge of tobacco is over the top,” Case said of Flores, and noted that the two have known each other for some time but that the idea of working together on a line of cigars was first discussed about a year and a half ago, with discussions picking up in the second half of 2012. Case said he anticipates Kristoff’s relationship with PDR Cigars to be an ongoing one.

The majority of the artwork for the Kristoff Galerones line is still being finalized, though Case did share some notes on what the finished bands will look like. The four Galerones cigars will share similar artwork but will be banded in unique colors and with secondary bands to differentiate them. The Intensivo will have a red band, the Sentido will be gold, the Ceniza de Plato will have a green band and the DR4 will be dressed in a cream colored band. The secondary band will bear the blend’s name.

The Galerones’ packaging will also be a departure from what fans of Kristoff have come to expect from the company, as Case confirmed that the line will not feature the loose tobacco used to pack the other Kristoff lines. Also gone are the pigtail cap, replaced by a triple-cap, and the feet will be clean cut. “This is a whole new level of Kristoff,” Case said proudly, noting that the packaging and bands will be much more ornate than his other offerings, highlighted by gold foil and gold inlays.

He also provided this image of the box art for the Kristoff Galerones DR4: 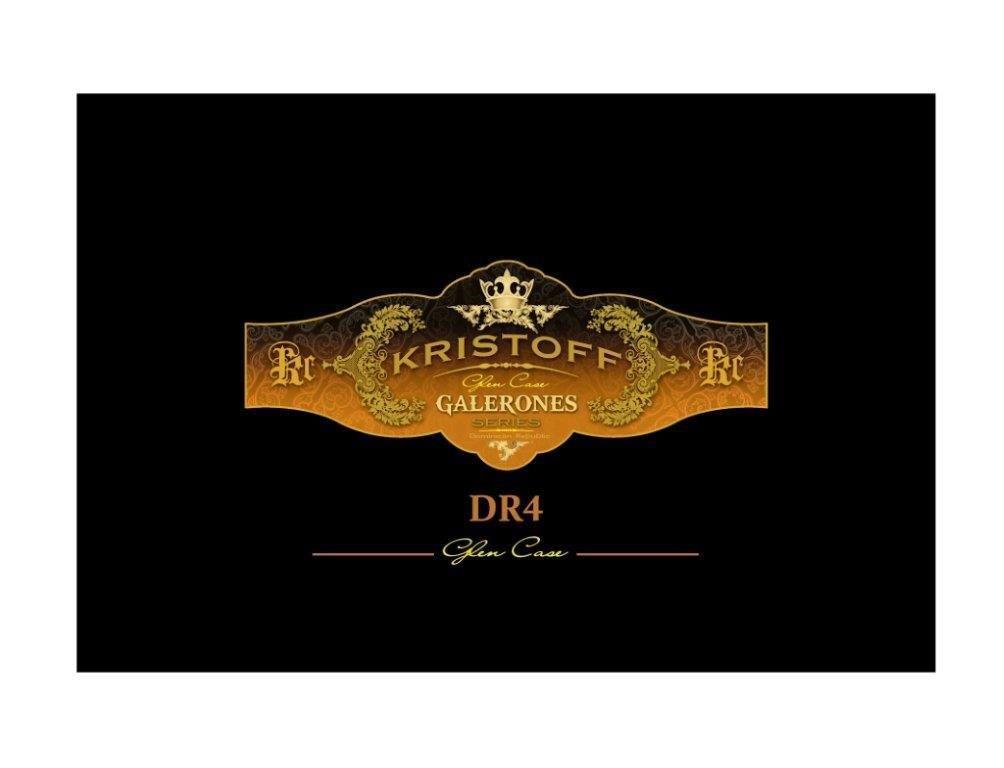 All of the cigars will be regular production, with prices ranging from $10 – $11.50 per cigar. All of the Galerones blends will be packed in 20-count boxes.

While the four Galerones cigars will be on display at the IPCPR trade show and samples will be available, Case said they won’t begin shipping until August and should follow the first release of the 685 Woodlawn, which was slated to be released in late May or early June. Issues with those bands have pushed the shipping date back until July, with TAA members getting the first batch and remaining retailers getting their allotment in September to provide for the window of exclusivity that he promised TAA members during their meeting earlier this year.

Case also provided a first look at Kristoff’s new ad campaign, which will be released in mid-summer, around the time of the IPCPR trade show in July, and features the Galerones line: 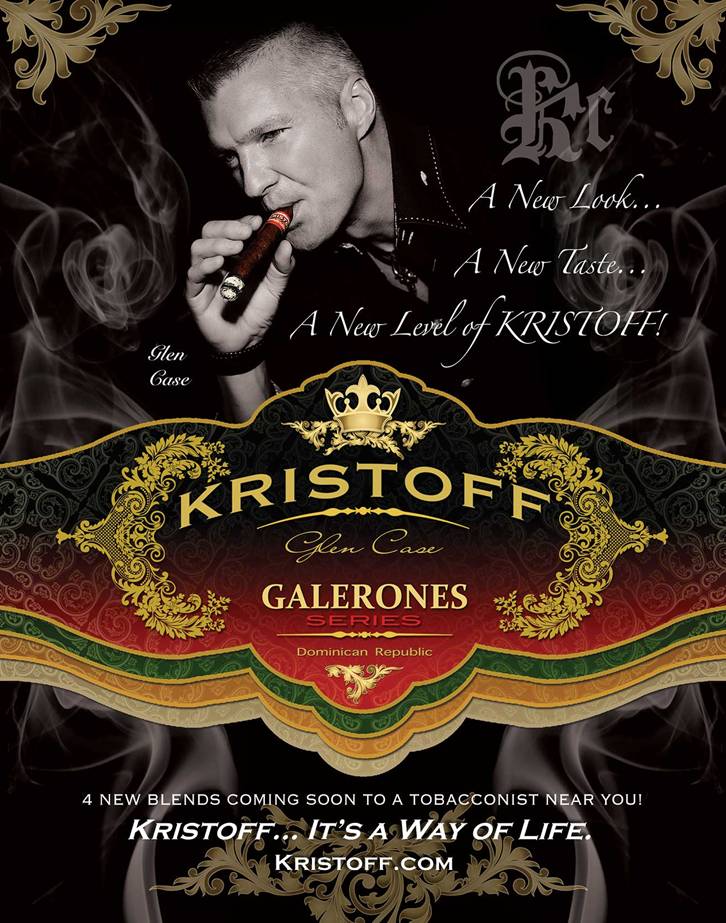