Anwar Elboustani has wanted to do what a lot of cigar smoker have, make his own cigar. Now, with the help of the son of one of the industry’s most respected tobacco men, he’ll get his chance.

“I’ve been planning it for three years and I’ve been looking for someone to roll the cigars,” Elboustani told halfwheel. “Finally, last November I went to Davidoff and was able to talk to Henke (Kelner), he wasn’t able to help, but he referred me to his son.”

Hendrik Kelner Jr., son of Hendrik “Henke” Kelner, recently opened up a Dominican Republic-based factory and announced his first line, Smoking Jacket. Now the younger Kelner has a client with cigars that will be out next month.

“I like the nutty, woody flavor in cigars that’s smooth,” said Elboustani, describing his first meeting with Kelner Jr. “He gave me seven or eight samples and I ended up picking two and we went from there.”

Elboustani’s El Cedro cigars will debut next month in the same two sizes he picked out Robusto (5 x 50) and Corona (5 x 42). He plans a soft launch in New York City with pricing between $9.00-$12.00 per cigar, meaning without New York State’s high taxes, both cigars should carry a pre-state tax MSRP of under $10.00. 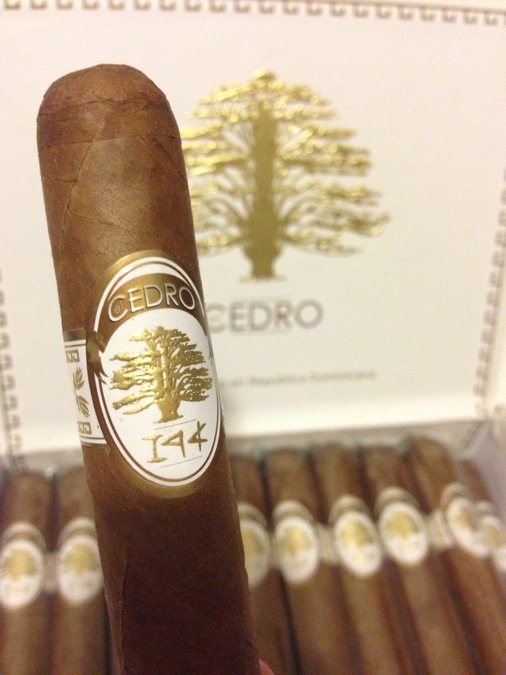 The Robusto is offered in 18-count boxes, while the Corona-sized cigar, which Elboustani refers to as Corona Gorda, will be offered in 20-count boxes.

A full launch is expected in August and Elboustani says he is working on possible extensions. The initial order for the soft launch is said to be 10,000 cigars.

Like Kelner’s Smoking Jacket, El Cedro uses a variety of tobaccos, mainly Dominican grown by Kelner’s sister, Monica Kelner. In addition, Nicaraguan Ligero is used in the filler blend as well as an undisclosed tobacco.

As for the name, he looked back to his heritage.