Gurkha Cigar Group announced Monday that one of their newest releases, the Ghost, would begin shipping to retailers on Wednesday, October 31.

From the e-mail announcing the news:

The Ghost is a sleek and alluring cigar, showcasing a dark Brazilian, Arapiraca Maduro wrapper, complemented by an aged Dominican Criollo 98’ binder and carefully selected Dominican and Nicaraguan fillers. This is a rich, medium bodied cigar with a multi-layered flavor profile providing sweet and earthy undertones tones with lingering flavors of cocoa and cinnamon.

The Ghost will be available in four sizes:

The Ghost debuted at the IPCPR convention and trade show in August alongside the Gurkha 125th Anniversary and East India Trading Co. Red Witch. The Ghost is being made at PDR Cigars in the Dominican Republic, the factory owned by Abe Flores of Pinar del Rio Cigars. It it being considered a regular production line for the company.
MSRP is $6.29 – $8.99 per cigar. 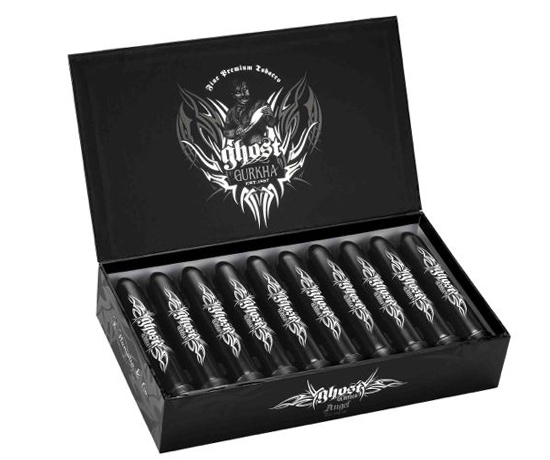