Arturo Fuente does not want to talk about it, but the Unnamed Reserve 2013 is showing up in stores. Over the summer, halfwheel was told the cigar would return, although different than its inaugural debut last year. There are two different cigars in each box: a Toro and a Robusto.

Each box contains 20 cigars, 10 of each vitola, and carries a retail price of $337.50, an increase from $9.40 to almost $17 per cigar. The wrapper on this year’s version is noticeably lighter than “sun grown rosado,” but Fuente is declining to disclose details. Last year’s version was said to contain filler from the Don Carlos blend, but it’s unclear if that will remain the case from 2013.

Samples seen by halfwheel at the 2013 IPCPR trade show and convention confirmed the wrapper difference and were described as not being the same as the 2012 release. According to a post of Fuente’s Cigar Family forum, each year will feature a new blend with no single blend returning.

Other than the position of the 20-count box and an updated date, the box appears almost identical to last year’s release. Corona Cigar Co. posted an image of the box on November 22: 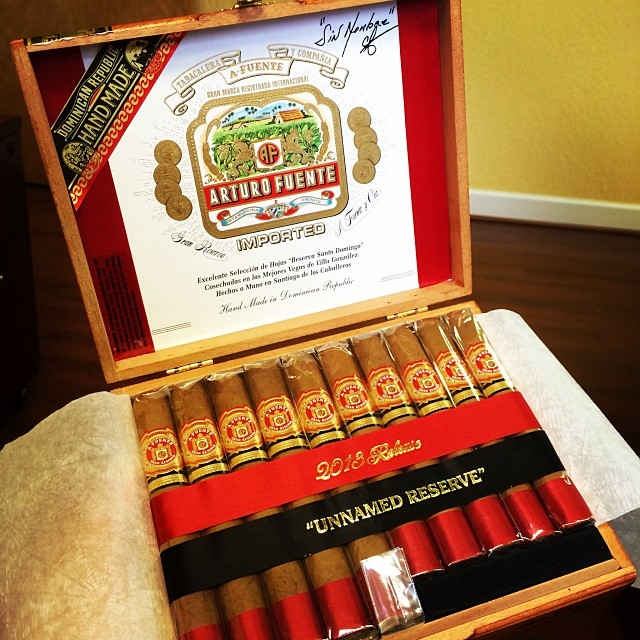 The cigar is shipping to retailers in extremely limited quantities alongside one of Fuente’s annual holiday shipment. Last year’s version did not appear in stores until late December.

So far, retailers asked by halfwheel could not confirm another batch of the ForbiddenX 13 or Don Carlos Lancero, these products were shipped in early December last year.