As has become standard fare for Drew Estate’s most anticipated releases, there was never any strong assurances Nica Rustica—the company’s newest line—would be ready in time for the annual mid-summer trade show. Two years ago, Drew Estate launched Undercrown—a brand crafted and created by its factory workers—this year, as the trade show returns to Las Vegas, Nev., the largest factory in Estelí plans on honoring the entire city.

“There is always a purpose for every brand that Drew Estate releases into the premium cigar market,” said Jonathan Drew. “The ‘NICA RUSTICA’ is no exception and illustrates Drew Estate’s commitment to the New Mecca of Premium Cigars, Estelí Nicaragua.” 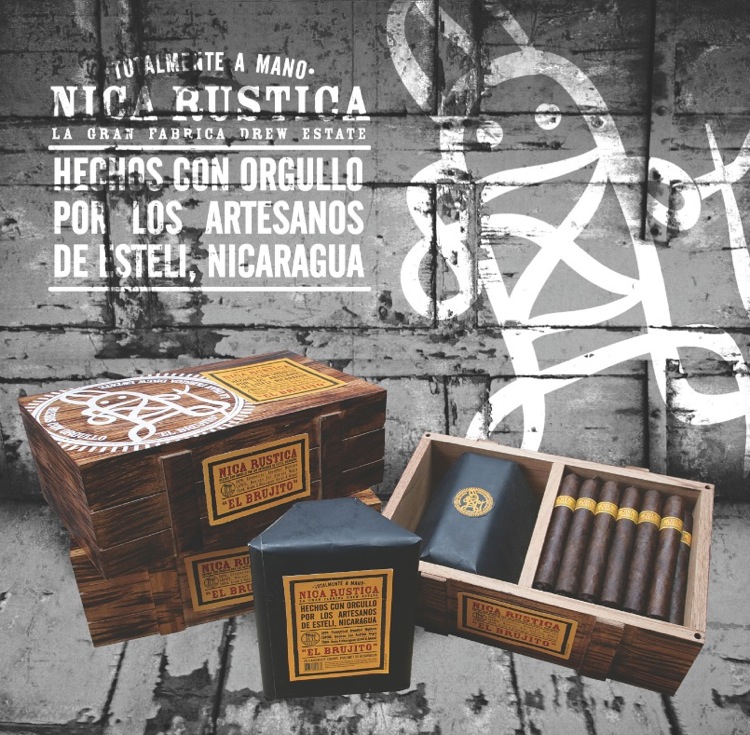 Nica Rustica will debut at the 2013 IPCPR trade show and convention in a single 6 x 52 Parejo size with an MSRP of $6.95. It will be shipped in 50-count display boxes, each with two 25-count trapezoidal bundles. While the filler tobacco is Nicaraguan—Estelí and Jalapa “Grade A”—the wrapper is Connecticut Broadleaf Mediums and the binder is Mexican San Andrés Negro.

If some of this sounds vaguely familiar, it’s because it is. Six years ago at the 2007 RTDA, Drew Estate launched Liga Privada in a single 6 x 52 vitola sold in cabinets of 48 with Connecticut Broadleaf Darks as the wrapper.

For those thinking this is Liga Privada wrapper on a different filler, it’s not. The company primarily uses Connecticut Broadleaf Darks for Liga Privada, although the Feral Flying Pig uses mediums, but the difference is much further than the name. Because of the broadness in classification in Connecticut, broadleaf by the same name can be two very different leaves, something the company think will be evident with the diversity in color and roughness of the wrapper for Nica Rustica.

“It’s something that I’ve been working on over the last six years,” said Nicholas Melillo, the company’s executive director of tobaccos. “Working with farmers on growing heavier mediums and number one darks.”

The classifications of mediums and darks is a unique aspect to the Connecticut River Valley. Number One Darks describes the top part of the plant, known as ligero tobacco in the rest of the world, mediums describe the middle portions of the plant, akin to visos. While the region is responsible for both shade grown and broadleaf wrapper, much of the tobacco is used for projects that demand significantly less quality than cigars and as such, the classifications are much less accurate and varying than other tobacco growing areas. In addition, the situation doesn’t requires farmers to sort tobacco, something many in Connecticut simply chose not to do.

In order to get around some of these issues, Drew Estate has been buying entire tobacco plants in Connecticut and elsewhere. All of the tobacco used for Nica Rustica is acquired like this—purchased entirely by Drew Estate. “We are working directly with the farmers and we see the crop through seed to smoke,” said Melillo.

The company describes the product as “medium-full” in strength, the same description it gives to its Liga Privada No. 9 and T52 lines, but Nica Rustica is made to be something different. Marketing language describes it as, “it is a medium to full bodied smoke – it is blended to be rustic – un-polished, un-refined, for hard core tobacco lovers.” That being said, Jonathan Drew told halfwheel the cigar is lighter than Liga Privada in strength and a big enough change in profile and price so that the products aren’t overlapping.

Nica Rustica features a pigtail cap and a covered foot in order to promote the rustic and rough finish of the product. The company had been handing out test blends of the cigar to visitors of this year’s Cigar Safari and at one point had finalized that particular blend, but the production version is different. Melillo told halfwheel some of the fillers were tweaked in order to produce a product that was a bit stronger and more rustic. 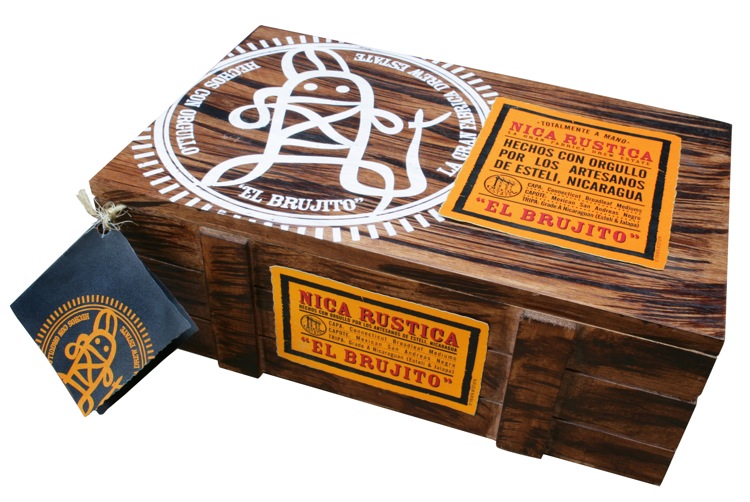 The artwork for Nica Rustica is made to pay homage to Estelí by using the image of El Brujito, which is displayed prominently throughout the box. El Brujito, which translates into witch doctor or the shaman, is an image found on a rock that dates back to pre-Columbian times that shows a shaman, the earliest known users of tobacco in Estelí.

Nica Rustica will debut at IPCPR with cigars shipping in the following months. It is a regular production product offered to Drew Estate accounts. The company’s other major debut is for its MUWAT line, the MUWAT KFC.