The kickoff to Camacho’s grand relaunch came to its Dallas finale on June 20 as the company hosted its largest Dallas party to date to celebrate its relaunch. Most of the 400 guests—largely from the Dallas area—have become quite familiar with Camacho’s new portfolio, as the brand has been doing events for the better part of the last 50 days in North Texas. In some ways, it was as much a going away party for the numerous Camacho employees who have virtually lived in Texas, as it was about introducing something new.

It was also one more time for the Davidoff-owned company to announce itself and explain how it plans on functioning in the future. Present were its three celebrity ambassadors: Matt Booth of Room101, Mike Ditka, the football coaching legend, and Rob Weiss, a producer and writer who lists Entourage and How to Make it in America to his credits.

All three are not just part of their own cigar brands—Booth and Ditka already have them; Weiss’s line will debut likely in early 2014 with a current working name of Standard Issue—but also serve as the faces of Camacho’s new “Bold Standard” moniker. 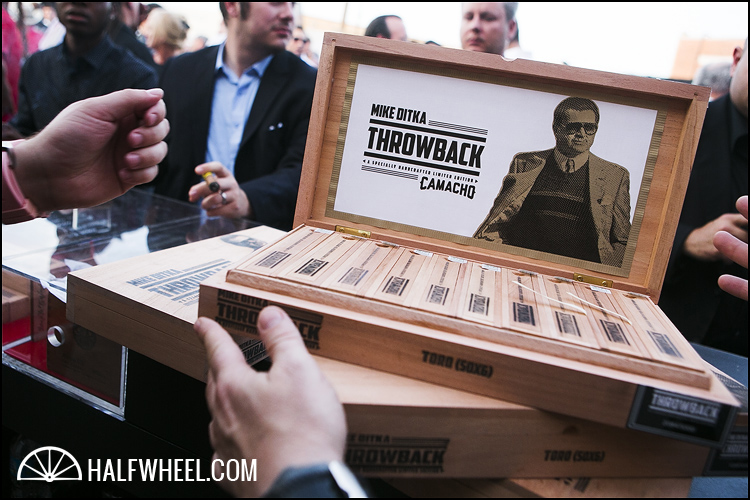 While Camacho has rebranded every previously existing line, reblended all but Connecticut and Triple Maduro, discontinued a portion of the portfolio and largely lowered price points, the brand is not done.

For fans of the Liberty, it will return, this year shipping in September. The company hasn’t announced specifics, but it isn’t advertising as its release for the IPCPR trade show and convention, which takes place next month.

However, the company will not come to the show empty-handed. A limited edition in the form of a cigar called Blackout will debut in Las Vegas, Nev. It uses a Honduran wrapper from 2006, a Nicaraguan binder aged four years and fillers from three different regions and years: Honduras, Nicaragua and Brazil and 2003, 2008 and 2009.

Camacho used a method known as “press-fermentation” by adding weight to the top of the pilones, where the tobacco sits to process, in order to create more heat. After the intensive process, the tobacco rested longer to recover before being aged. In addition, the company used leaves from the top two-thirds of the plants in order to get leaves with more oils.

Pricing is expected to be between $11.00-$13.00 and the company will have a live scorpion, the new logo for the brand, on display. Earlier this year the company acquired a few scorpions, due to the predatory nature of the animal, only one remains. All three brand ambassadors will be at the show. Neither Ditka, nor Weiss will announce any new products, however Matt Booth’s Room101 will show off its Master Collection, described as the company’s most premium release to date. The release will also help to cement Room101’s minor rebranding as the company changes logos.

The mid-July trade show will also be the first time for most retailers to order the new Camacho products.

Behind-the-scenes, Camacho has gone through a series of changes both in the U.S. and Honduras. Courtney Aiken has been appointed brand manager of Camacho, Room101, The Griffin’s and Cusano. Dylan Austin remains head of marketing for the brand, but the company reportedly has made numerous personnel changes at AgroIndustrias Laepe, SA factory, the new name for the company’s Honduran operations. 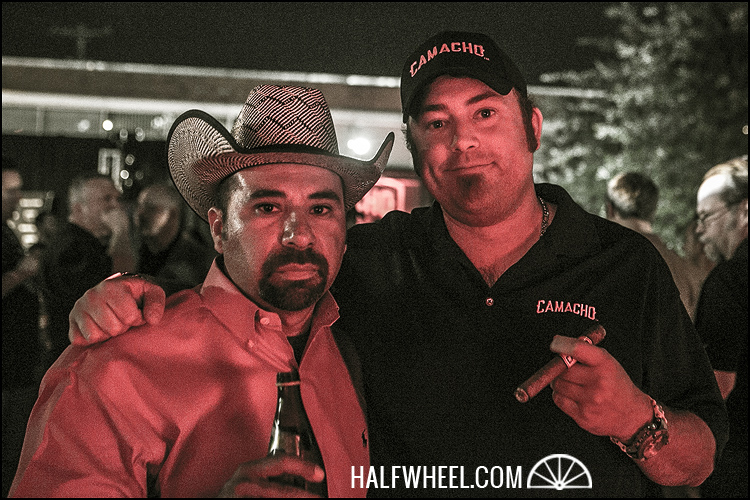 Update: An earlier version of this story referred to the Honduras factory as Tabacos Rancho Jamastran.