The Camacho Liberty 2013 won’t ship for a few more months, but the details of the cigar have emerged. Packaged in boxes of 20, the 6 x 48/54/48 Perfectos will feature a Habana 2000 wrapper, Nicaraguan binder and fillers from the Dominican Republic, Honduras and Nicaragua.

Only 2,000 boxes will be released, each carrying a price tag of $340.00, or $17.00 per cigar before applicable local taxes. The cigars are made at Agroindustrias Laepe S.A. in Honduras.

Below is a mock-up of the release, which is currently scheduled for “mid-to-late September.” 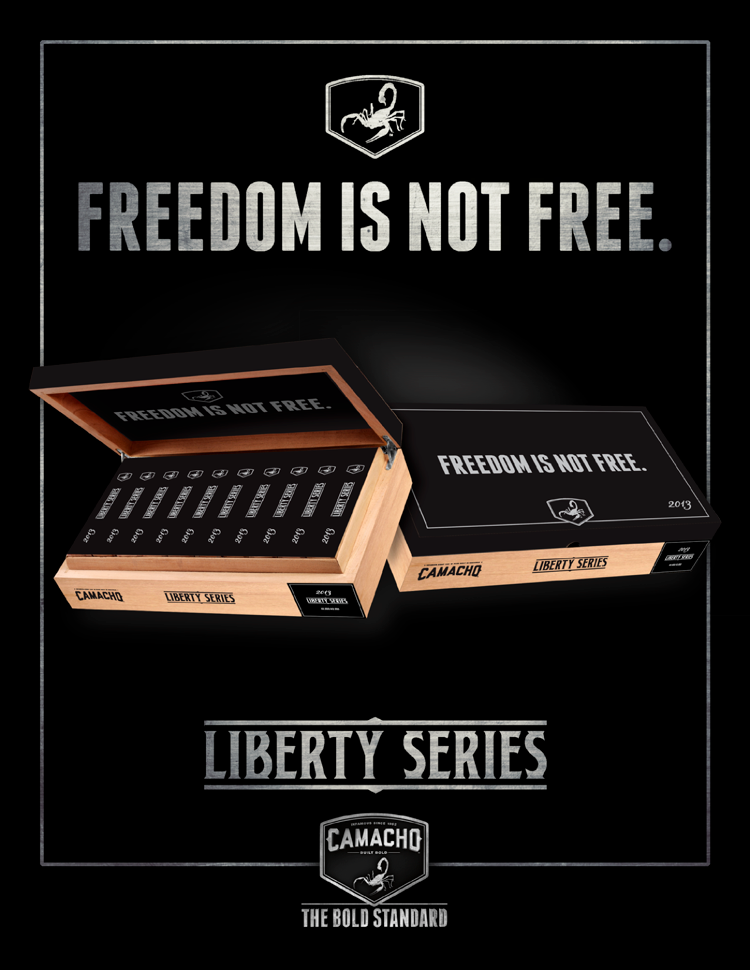