Not surprisingly, Arturo Fuente has at least one more holiday surprise in store—the release of Fuente Fuente OpusX Angel’s Share. Multiple retailers have confirmed to halfwheel they have received indication of shipments of the cigar, the first time Arturo Fuente has offered it through its own Fuente/Newman sales channel. 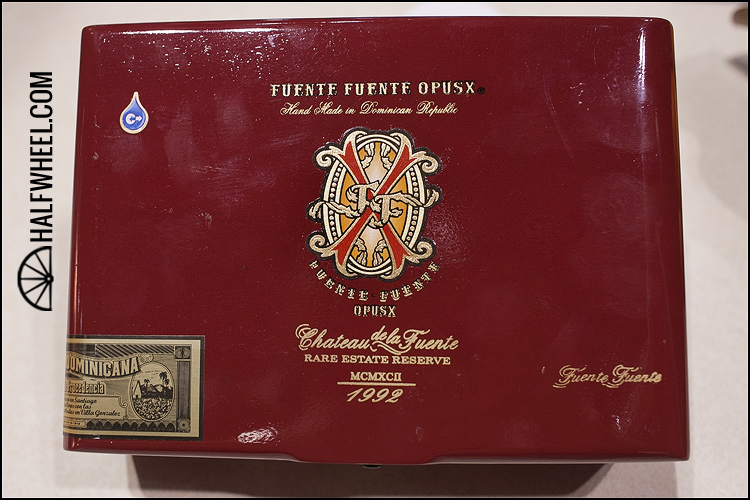 Angel’s Share, a lighter version of Fuente Fuente OpusX, has been years in the making with a trademark dating back to 2009. Last year, Brooks Whittington covered the history of the cigar, which was scheduled for release in 2012 as part of Fuente’s 100th anniversary celebration. Carlos “Carlito” Fuente Jr. has said that the cigar contains aged tobacco, including a different priming wrapper that comes from lower in the plant than the regular OpusX wrapper, which also provides for Angel’s Share sweeter flavor. 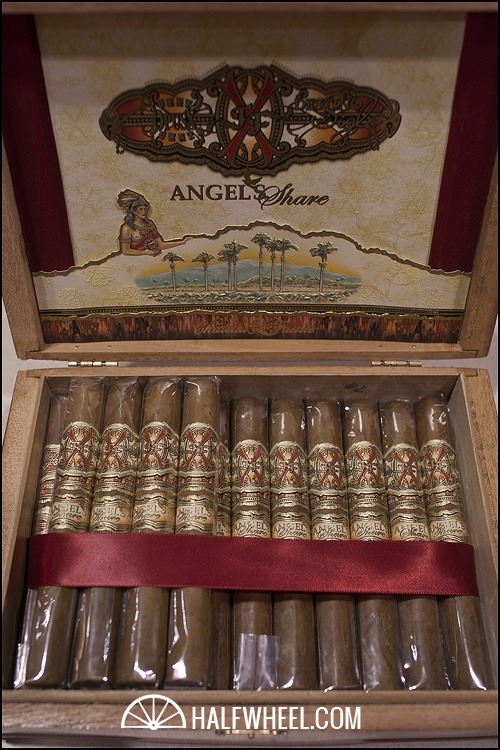 There are at least two sizes shipping to retailers, both found in the regular OpusX. The 7 x 48 Reserve d’Chateau carries an MSRP of $17.44, while the 5 5/8 x 46 Angel’s Share Fuente Fuente will retail for $13.16. Both cigars are offered in boxes of 32, $558 and $421.20 respectively and are priced a few dollars more than their regular OpusX counterparts.

It is quite possible there will be additional sizes in this shipment. With some of its more limited and new product—most recently Casa Cuba—Fuente only ships a few sizes to each retailer. The company declined to talk about the product.

Last year, Angel’s Share debuted in a toro and Reserve d’Chateau sizes through Prometheus, as part of the company’s annual humidor release, which benefits the Cigar Family Charitable Foundation (CFCF), a partnership between the Fuente and Newman families. This marks the first time the cigar has been sold to retailers directly from Fuente. 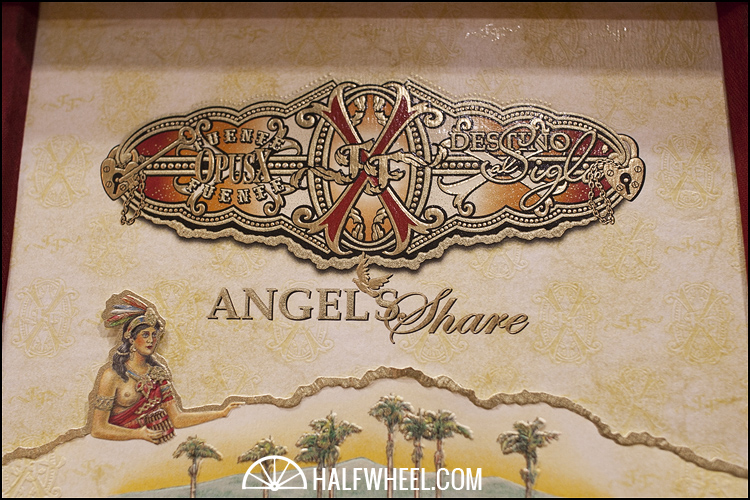 The company has made other cigars with the Angel’s Share band, including a lancero and various robustos, it remains unclear if they will end up in stores.

Much like the company’s Destino al Siglo bands, two versions of the Angel’s Share band have been spotted. While most, including what debuted at the 2011 IPCPR trade show and convention, have been an OpusX band and secondary band with cream-colored backgrounds. However, at least one photo from the annual CFCF auction hosted at Federal Cigar show a red background.