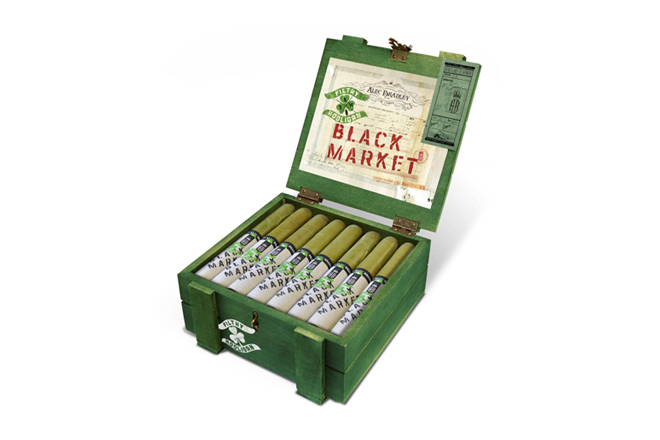 The recently announced Alec Bradley Black Market Dirty Hooligan cigar is getting a new name just weeks before its March 5th release date, as the original name used a word that has become increasingly pre-empted by another manufacturer.

Now known as the Alec Bradley Black Market Filthy Hooligan, the name was changed as a “gesture from Alec Bradley owner Alan Rubin to longtime friend Jonathan Drew of Drew Estate,” according to this article by G. Glay Whitaker.

It’s the second time in recent memory that the word “dirty” has required a name change for a cigar, as Eddie Ortega’s “Dirty Dozen” project was renamed the Wild Bunch for similar reasons. Specifics on that name change can be found in this review of the Ortega Wild Bunch Big Bad John Jackhammer cigar, the first in the series to debut and that just recently hit retailers’ humidors.

Alec Bradley’s parent company, Fairmont Holdings, Inc., filed the name Dirty Hooligan with the U.S. Patent and Trademark Office on January 15, 2013. The article cites a text message sent from Drew to Rubin on Saturday, January 19 that became the impetus for the name change. Drew Estate has a cigar in their Natural line named the Dirt, and the Dirty Rat was the first in their Liga Privada Único Serie, released in August 2010.

The name change was decided on Monday, January 21, with Alec Bradley changing the imagery on their Facebook page on Wednesday afternoon to the renamed Filthy Hooligan. 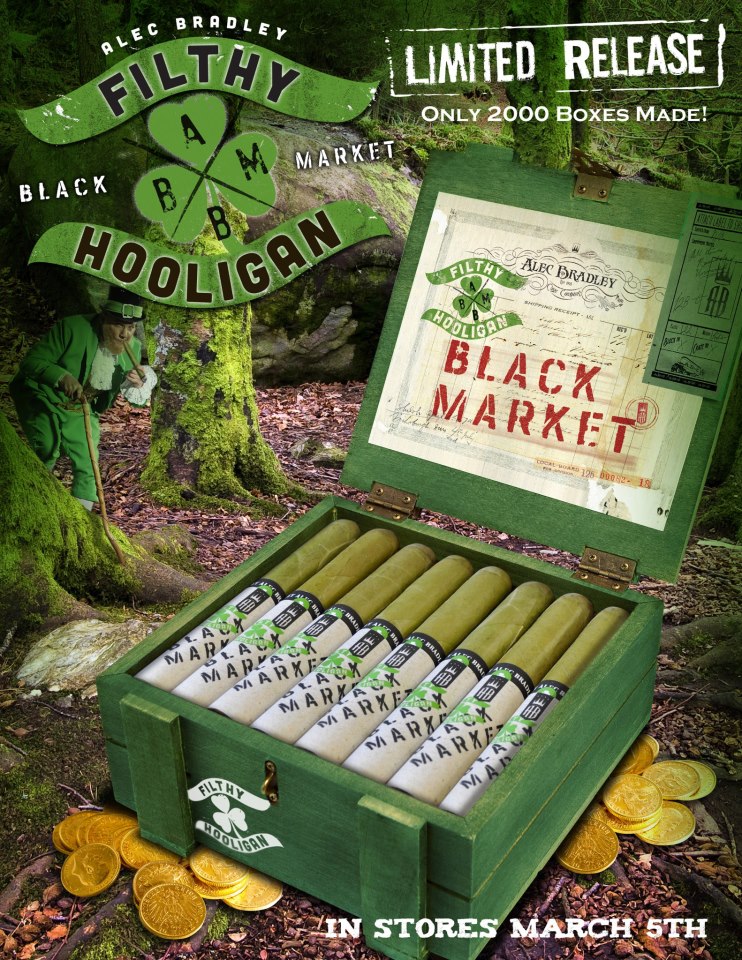 Besides the name, no changes are being made to the cigar, which is a single-vitola 6 x 50 Toro that will come in 22-count boxes. Production is being capped at 2,000 boxes for a total of 44,000 cigars. The Filthy Hooligan is a candela cigar based on the Alec Bradley Black Market blend that used a Nicaraguan wrapper leaf cured by the Plasencia family in Nicaragua. Like the regular Black Market, it uses a double binder of one Honduran leaf and one Nicaraguan leaf and a filler blend of tobacco from Honduras, Nicaragua and Panama. Sam Phillips, vice president of marketing for Alec Bradley, told Whittaker that there is “a bit of extra Panama” in the Filthy Hooligan.

The article mentions that numerous promotional items including plates, boxes and t-shirts had already been printed with the Dirty Hooligan name and that the boxes and labels were in the early stages of production. The name change means that those existing products won’t be usable and will require fervent work to prepare for the upcoming March 5 launch date, but according to Phillips, it’s absolutely worth it. “The respect level between the two companies is almost abnormal,” he said, adding that “we really didn’t think that a word would make or break this project in any way.”