A.J. Fernández has released a lot of cigars over the years, but there is at least one thing the company had not done until recently: released a Cameroon-wrapped blend.

That changed in December of last year, when the company shipped the New World Cameroon, a seven vitola line wrapped in the aforementioned leaf covering Nicaraguan tobacco in the binder and filler incorporating leaves grown on Fernandez’s farms in Estelí. The new regular production line is being rolled at Tabacalera AJ Fernández Cigars de Nicaragua S.A. in Estelí and comes packaged in boxes of 20.

The New World Cameroon is the fourth line to carry the New World moniker: the original New World debuted in 2014 and was the first cigar to be co-blended by Abdel Fernández and his father, Ismael, who joined the company after spending nearly two decades working with the Plasencia family; the New World Connecticut was released in May 2015 covered in a Connecticut shade-grown wrapper; and the New World Puro Especial—which is made up exclusively of tobacco grown in Estelí—shipped to retailers in 2017.

The New World Cameroon debuted in seven different vitolas, all packaged in boxes of 20: 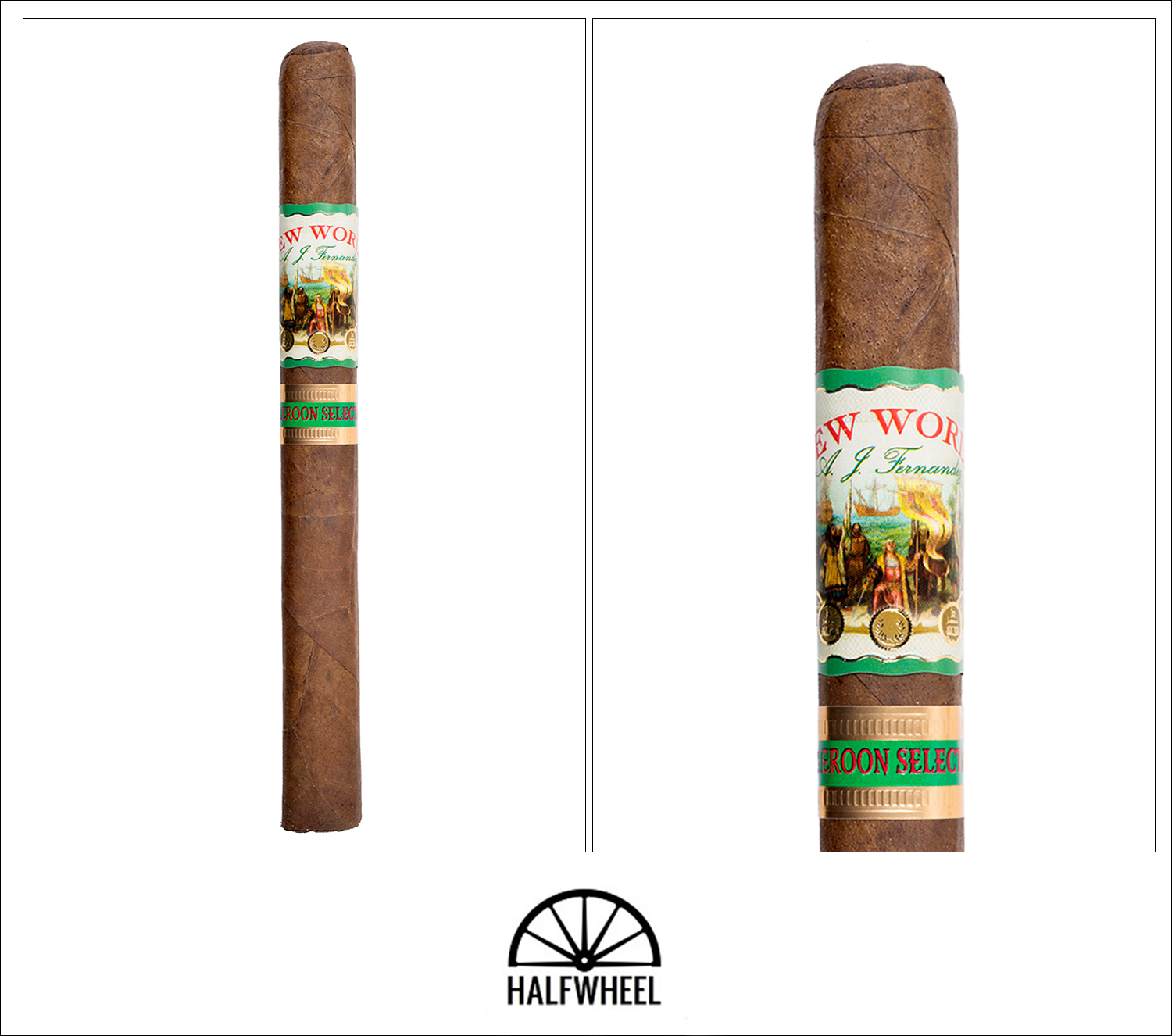 The first thing I notice about the New World Cameroon is the secondary band, or more specifically, the almost neon green background color of the secondary band. Once I get around that, the pale brown wrapper is more obvious, as is the sandpaper rough exterior and the almost total lack of oil. The box-press is well done and the cigar has some nice give when squeezed. Aroma from the wrapper is a combination of strong oak, dark chocolate, creamy leather, barnyard, grass, peanuts and nutmeg, while the cold draw brings flavors of muted peat, oak, earth, leather, slight indeterminate sweetness and some noticeable spice on my tongue.

Starting out, the New World Cameroon features some typical basic flavors, with some toast and creamy almonds barely taking the top spots. Other notes of hay, leather, earth, oak and coffee are all present, along with a small amount of maple sweetness that ebbs and flows throughout the first third. There is a bit of spice on the tongue pulled over from the cold draw as well as some slight white pepper on the retrohale, as well as a distinct—but far from overwhelming—metallic note on the finish. Smoke production off of the foot is copious and thick, and while the draw is excellent after a straight cut, the cigar has to be touched up once very early on. Strength-wise, the New World Cameroon starts off fairly mild, increasing to a point close about halfway between the mild and medium marks by the end of the first third. 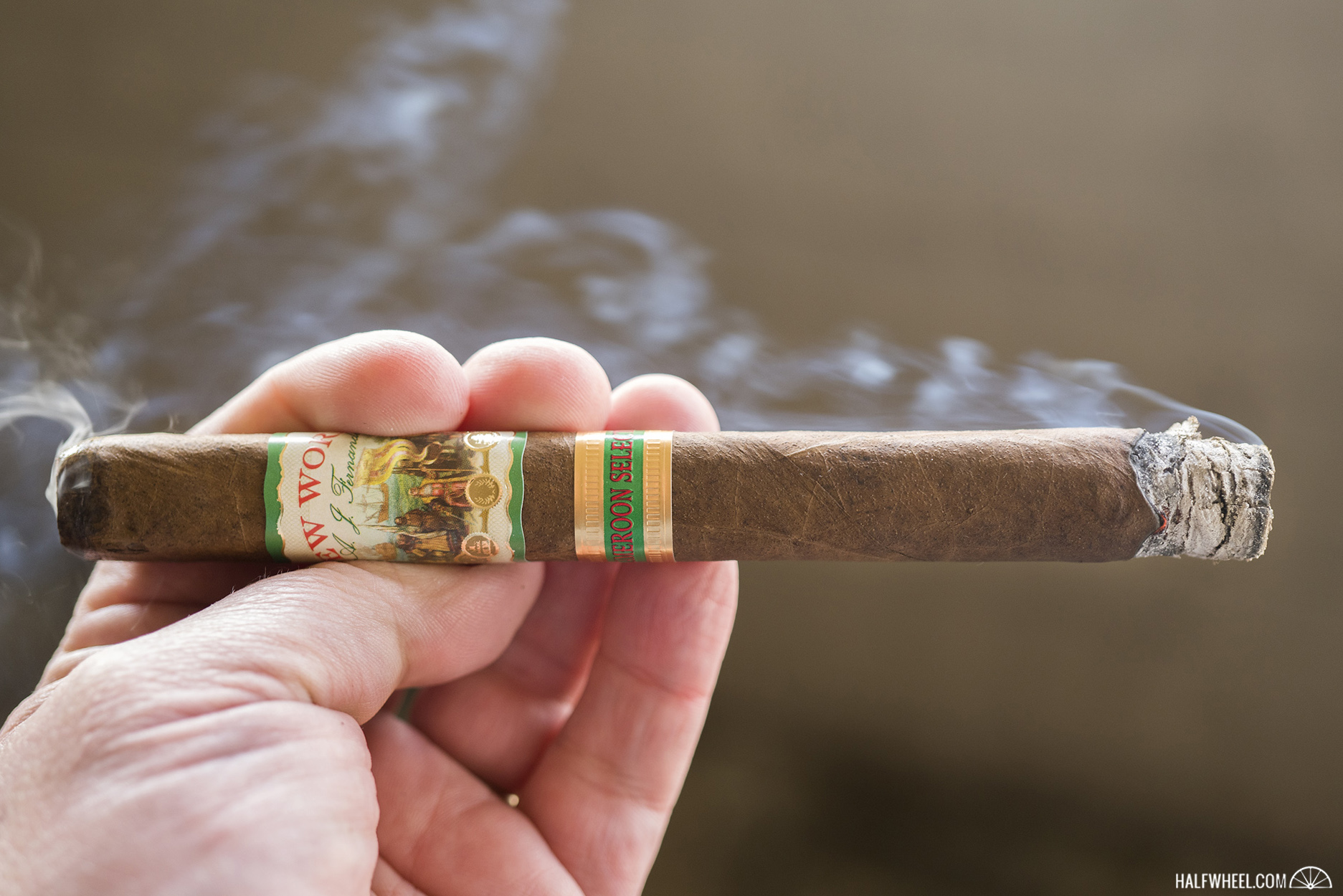 The New World Cameroon has few changes in store during the second third, although a dark chocolate note does start to become more noticeable in the profile, albeit not even close to strong enough to take the top spot from the still dominant flavors of toast and creamy almonds. Flavors of roasted coffee beans, leather, earth, oak and hay flit in and out as well, while the metallic note on the finish remains strong enough to be identifiable without being overwhelming. The maple sweetness from the first third is a bit stronger and more distinct as well, and although the spice from the first third is long gone by the halfway point, the white pepper on the retrohale remains fairly constant. Construction-wise, there is still plenty of smoke emanating from the foot and the draw continues to impress, while the burn has evened out nicely, giving me no more issues at all. Although the strength has increased noticeably compared to the first third, it still falls short of the medium mark by the time the second third comes to a close. 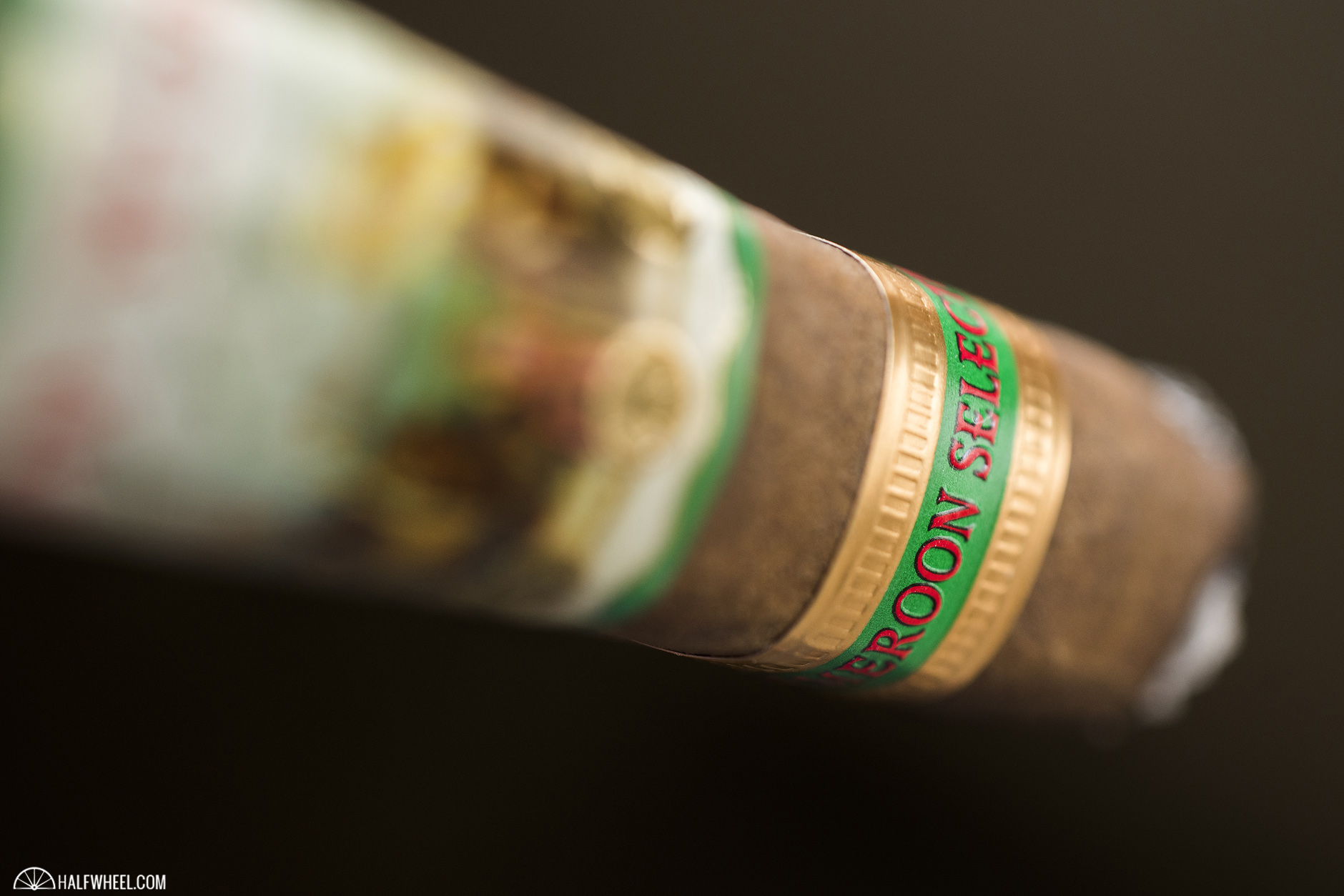 While the second third of the New World Cameroon held few surprises, the final third changes quite a bit, starting with the fact that the dark chocolate note becomes the dominant flavor, relegating other notes of toast, creamy almonds, earth, leather, coffee beans and a touch of floral to the rear. Both the metallic note and maple sweetness have become slightly more aggressive in the profile, and there is still a nice amount of white pepper present as well, but the spice on my tongue is long gone, never to return. The construction continues its trend, with an excellent draw and a burn that—while not close to razor sharp—is far from being problematic enough to need touching up. The strength increases slightly as well, ending up firmly in the medium range by the time I put down the nub with less than an inch to go. 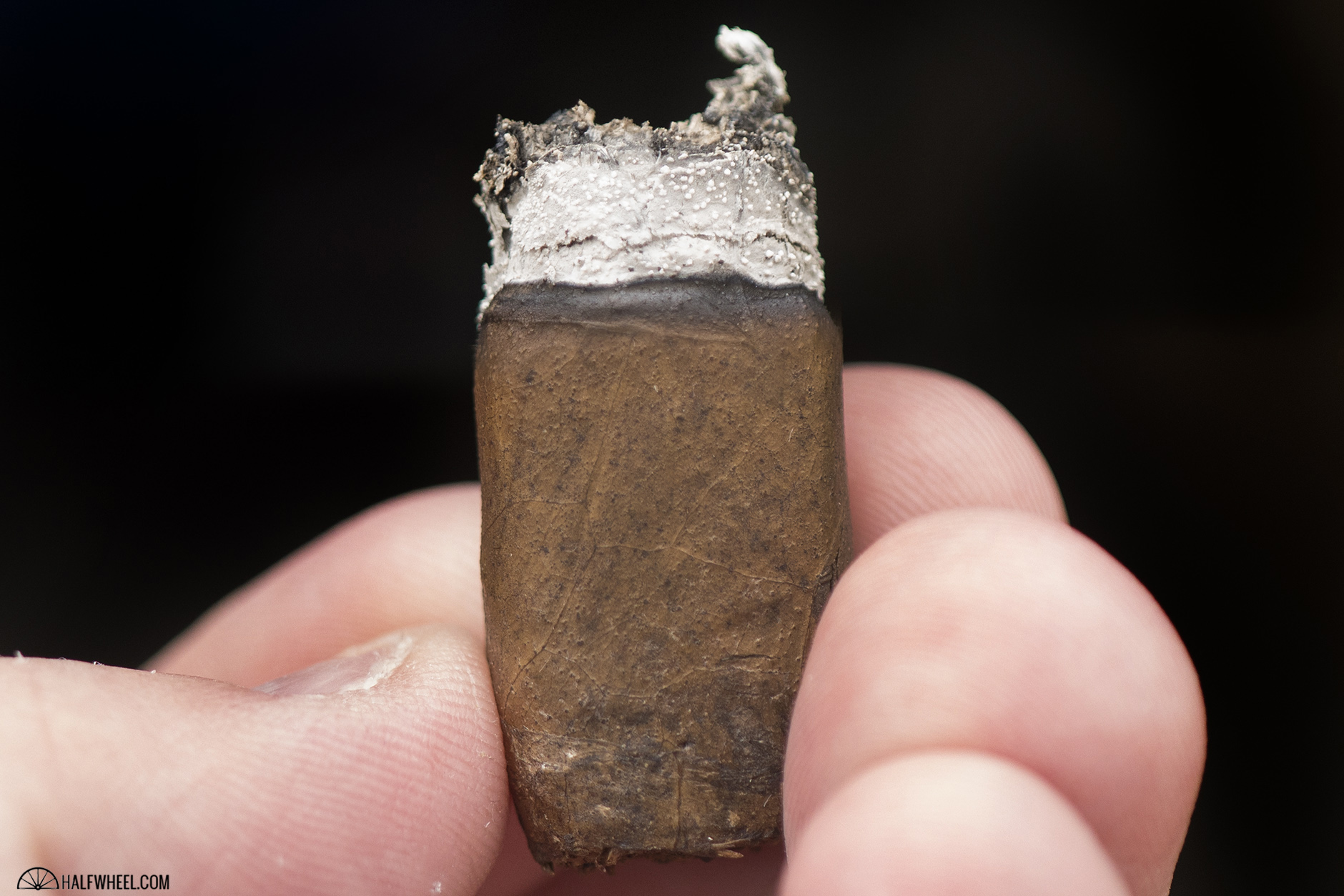 While the construction on the New World Cameroon Churchill was consistently excellent, the profile between the three samples I smoked for this review was a different story. Although two of the cigars were very good from beginning to end—albeit a bit linear flavor-wise—the first sample I smoked was noticeably inferior, with a harsh metallic note that overwhelmed the profile for two thirds before finally letting up a bit in the final third. If you get a good sample, the New World Cameroon Churchill is a very good cigar, but when it's not, it is a waste of both time and money.