The Rocky Patel II-XXVI is taking on a new form. On March 30, the company will be releasing three sizes of the 2014 batch of the cigar in honor of company founder’s Rocky Patel’s birthday. 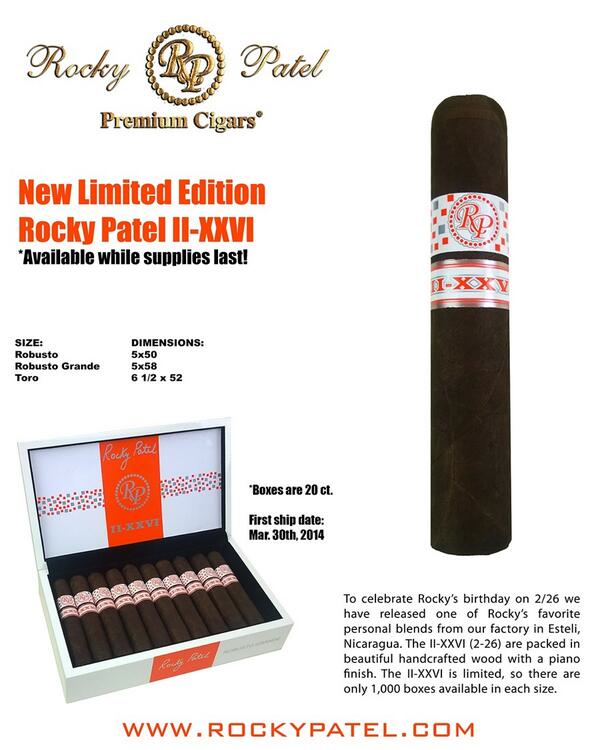 The 2014 release features different packaging than the original, with orange accents on a white background. Once again 1,000 boxes of 20 will be available.

According to one company official, the blend is not the same as the original release. The company has yet to disclose details regarding the new blend. The cigars are made at the company’s TAVICUSA factory in Estelí, Nicaragua.