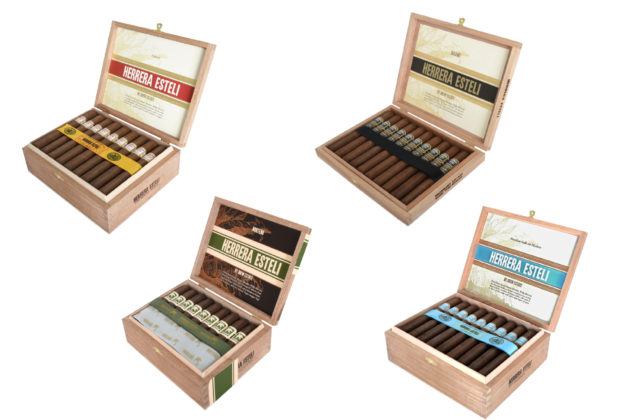 Tomorrow, customers will have the chance to purchase the new Herrera Estelí Brazilian Maduro and Herrera Estelí Miami as the two new lines go on sale for the first time at events in Arizona.

Willy Herrera, Drew Estate’s master blender for who the cigars are named after, will be on hand for the events which start tomorrow at Puro Cigar Bar in Chandler. He then heads north for events at the Cedar Room in Scottsdale on Thursday and Fine Ash Cigars in Avondale on Friday.

As the name implies, the Herrera Estelí Brazilian Maduro uses a Brazilian mata fina wrapper over a Connecticut broadleaf binder and fillers from Nicaragua.

The other cigar isn’t entirely new, though the concept of it being a line is. It’s the Herrera Estelí Miami, which was originally released in a single size in 2016. Now it’s back as a regular production line with updated packaging and four additional sizes.

Blend-wise it uses an Ecuadorian habano oscuro wrapper over an Ecuadorian Sumatra binder and fillers from the Dominican Republic and Nicaragua. While Drew Estate operates Nicaragua’s largest factory, this cigar is being made at a much smaller one in Miami: El Titan de Bronze, which is owned by Sandy Cobras, who is also Herrera’s mother-in-law.