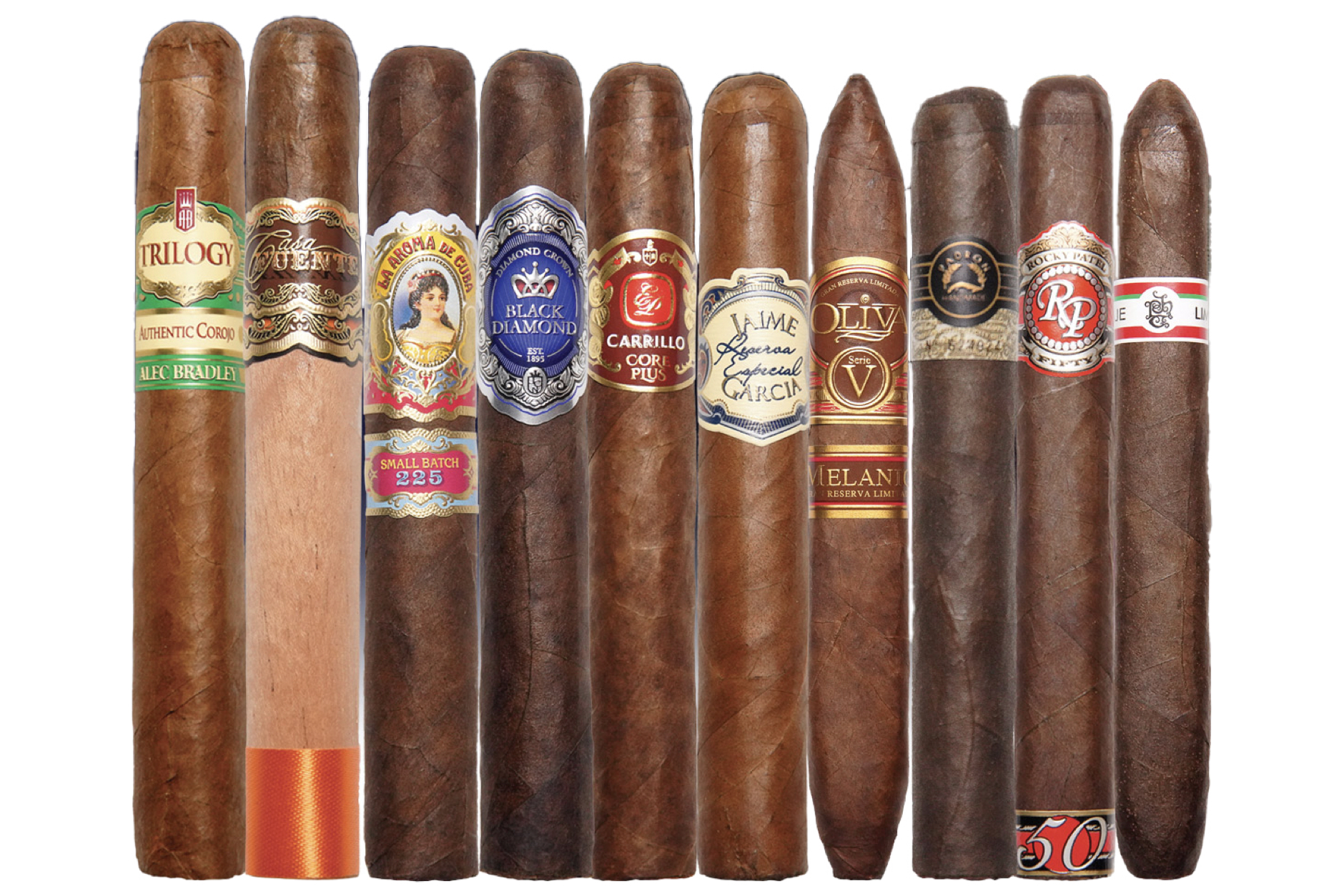 The Cigar Rights of America (CRA) has a new sampler containing 10 cigars from its various members. Like in years past, these cigars are donated by the cigar companies to the organization and then sold to raise money for the CRA, which funds legislative efforts like lobbying and the lawsuit against the U.S. Food & Drug Administration (FDA).

There are actually different versions of the sampler as the cigars from two companies will vary. Each sampler includes one of the following:

The MSRP is set at $149 per sampler. While previous CRA Freedom Samplers have included a one-year membership to Cigar Rights of America, this version does not as CRA is revamping its consumer membership program.

About half of this sampler is made up of cigars that are either exclusive to the sampler or very difficult to find. That starts with the Casa Fuente Corona Gorda, a cigar Arturo Fuente has only sold at Casa Fuente, a Las Vegas store. Last year, Arturo Fuente shipped a limited amount of Casa Fuente cigars to stores nationwide including the Corona Gorda vitola though it’s unclear if that will be a one-time shipment.

The La Aroma de Cuba Small Batch #225 was included in last year’s Fall 2021 sampler. It’s a cigar that debuted in 2015 as an exclusive to the Ashton Cigar Bar in Philadelphia and was previously never sold outside of that one location. The 6 x 52 toro uses a Mexican San Andrés wrapper over a Nicaraguan binder and Nicaraguan fillers.

The Padrón Black No. 52 is presumably a new size of the Padrón Black Series that has been used in multiple iterations of the sampler. Padrón has sent the CRA the No. 200 Maduro (5 1/2 x 56), the No. 200 Natural (5 1/2 x 56) and the No. 100 (5 1/2 x 52) for previous samplers. An email sent to Padrón seeking more information about the cigar was not returned. Previously, Padrón has declined to answer questions about the blend of the Black Series. Of note, that cigar will not be included in every sampler. Some will get the God of Fire Serie Aniversario 56, which is a cigar made by Fuente for Prometheus.

Finally, Tatuaje will preview its upcoming Avion 13 Tuxtla release in the CRA sampler. The Tuxtla designation means that the cigar will use a Mexican San Andrés wrapper instead of the Connecticut broadleaf binder that was found on the original Avion 13. Tatuaje announced three different Tuxtla cigars, which were scheduled to ship last month, though that doesn’t appear to have happened yet. Pete Johnson of Tatuaje has said that the Avion 13 Tuxtla will be limited to 2,000 boxes of 25 cigars.