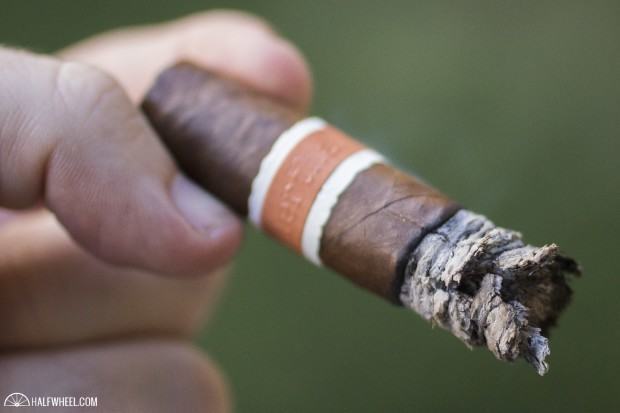 Contrary to what you see when you walk in your local retailer’s humidor, there is a demand for smaller vitolas, and companies are responding to that, including RoMa Craft Tobac, who has created a 10-cigar sampler featuring five blends in a 4 x 46 petit corona vitola.

The sampler, called El Catador de las Petite Coronas, contains two each of the Aquitaine Pestera Muierilor, CroMagnon Pestera Muierilor, Intemperance BA XXI Intrigue, Intemperance EC XVIII Charity and Neanderthal HoxD. As was noted when the cigars began shipping, the Aquitaine, CroMagnon and Neanderthal have not been released in this size prior to the sampler.

The sampler was released at the 2015 IPCPR Convention & Trade Show and was initially available only to retailers who attended the show, with just 600 samplers to be split up among those stores, with a limit of 10 samplers per storefront. 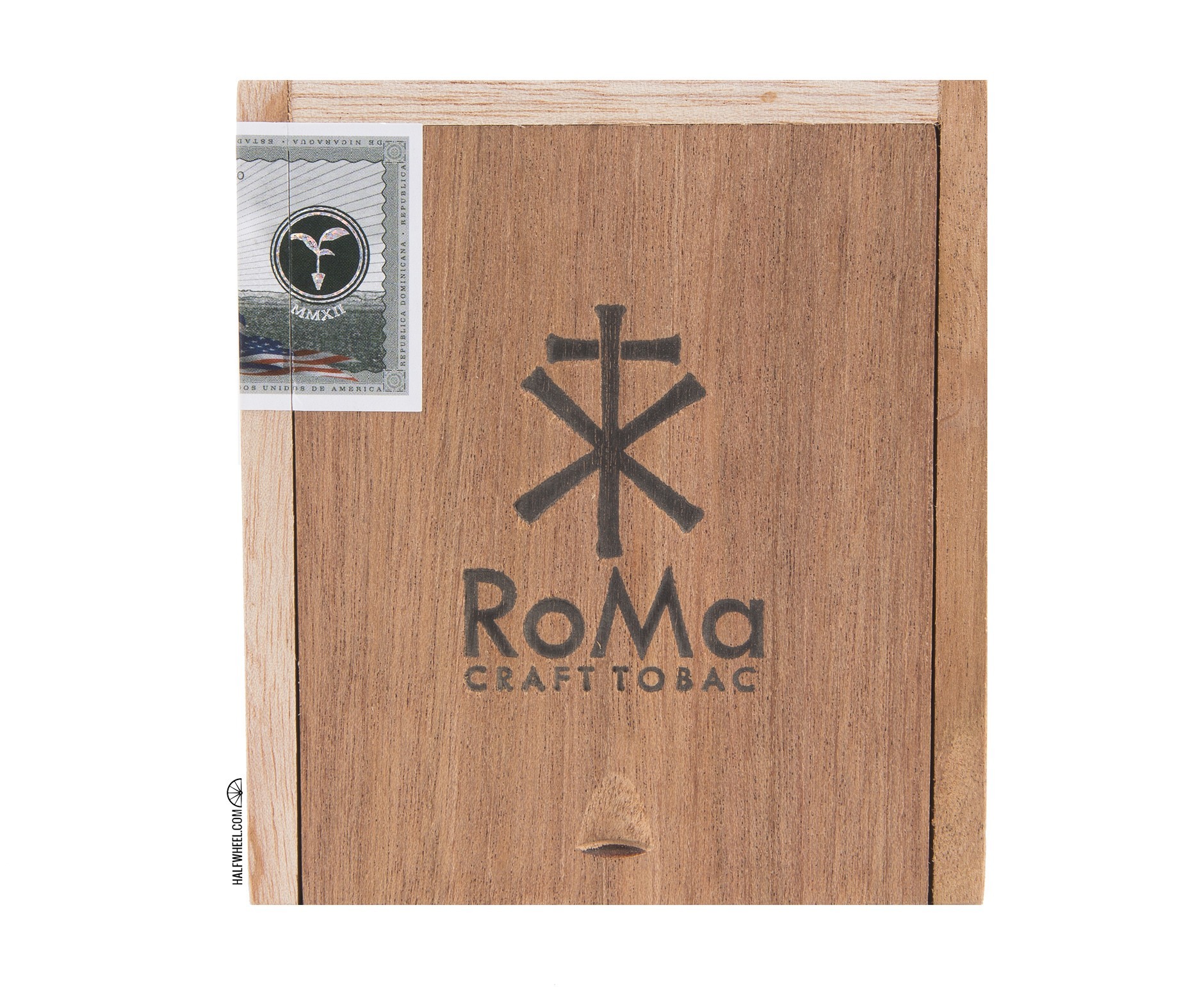 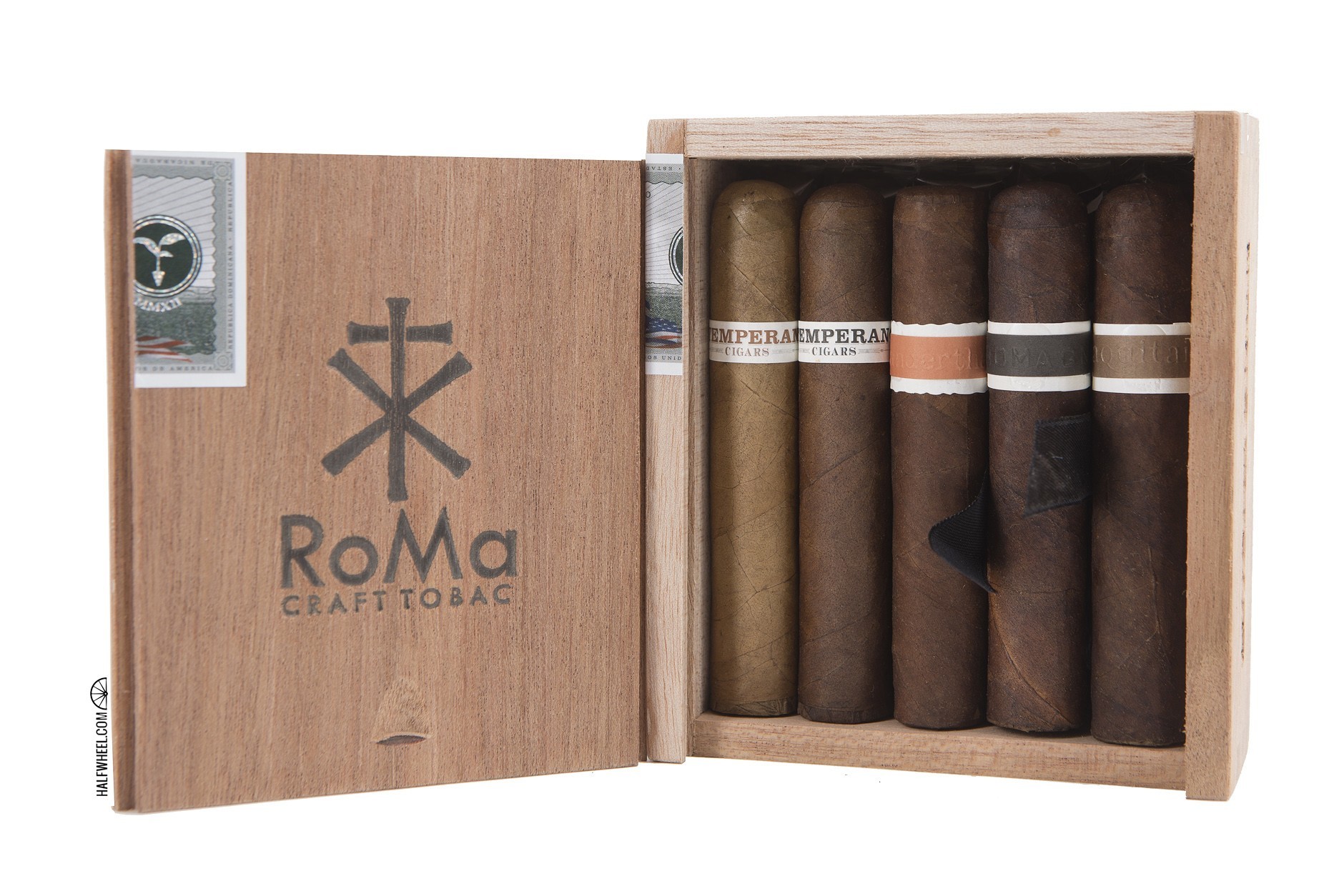 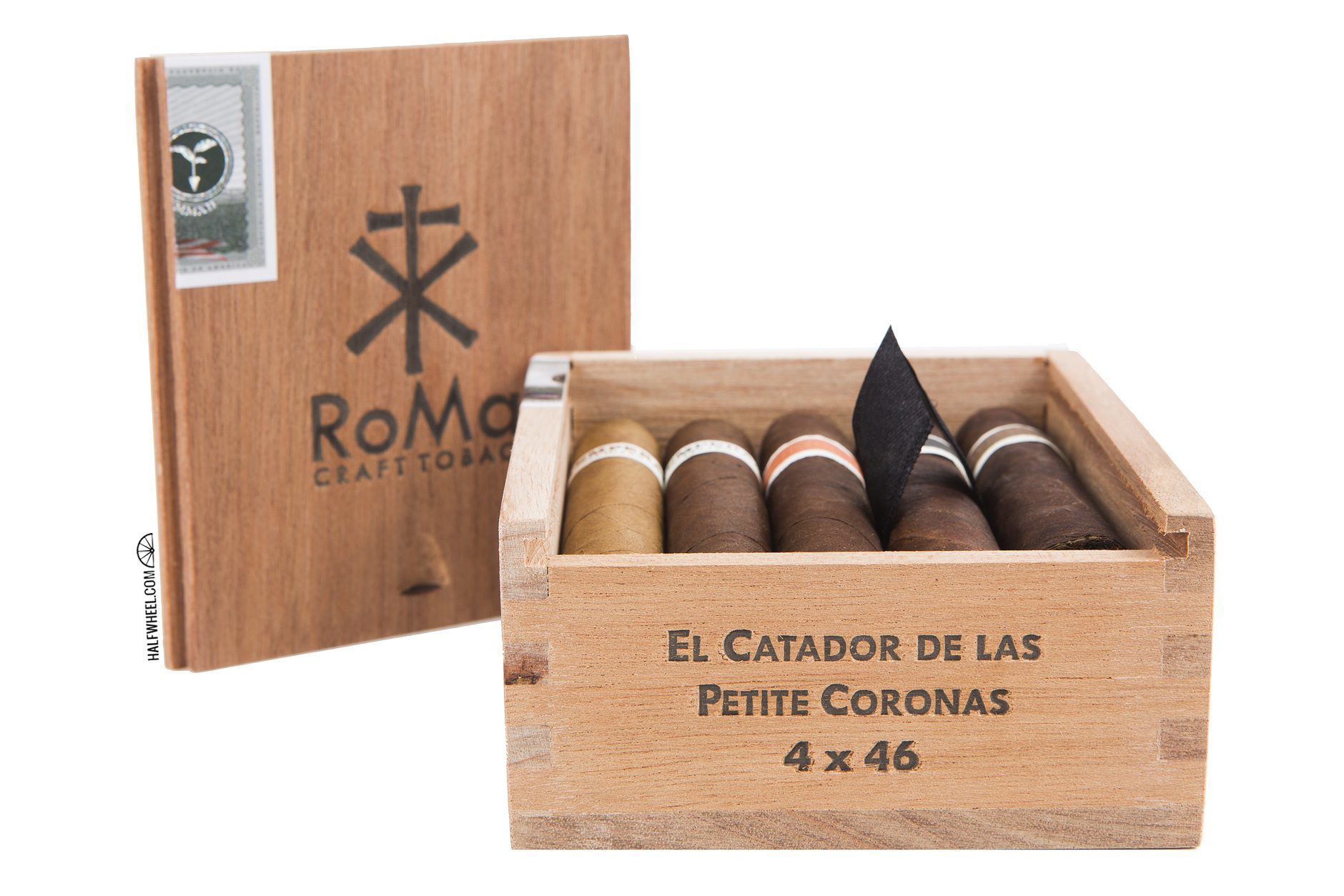 As for the Neanderthal line, it was first released in May 2015 in a single 5 x 52/56 vitola known as the HN with a flat cap and rounded, open foot, selling for $12 per stick and coming in boxes of 50. Just a few short months later, the second vitola was released, the 4 1/2 x 52 Neanderthal SGP, a store exclusive for Riverside Cigar Shop and Lounge in Jeffersonville, Ind. and Serious Cigars in Houston, Texas. 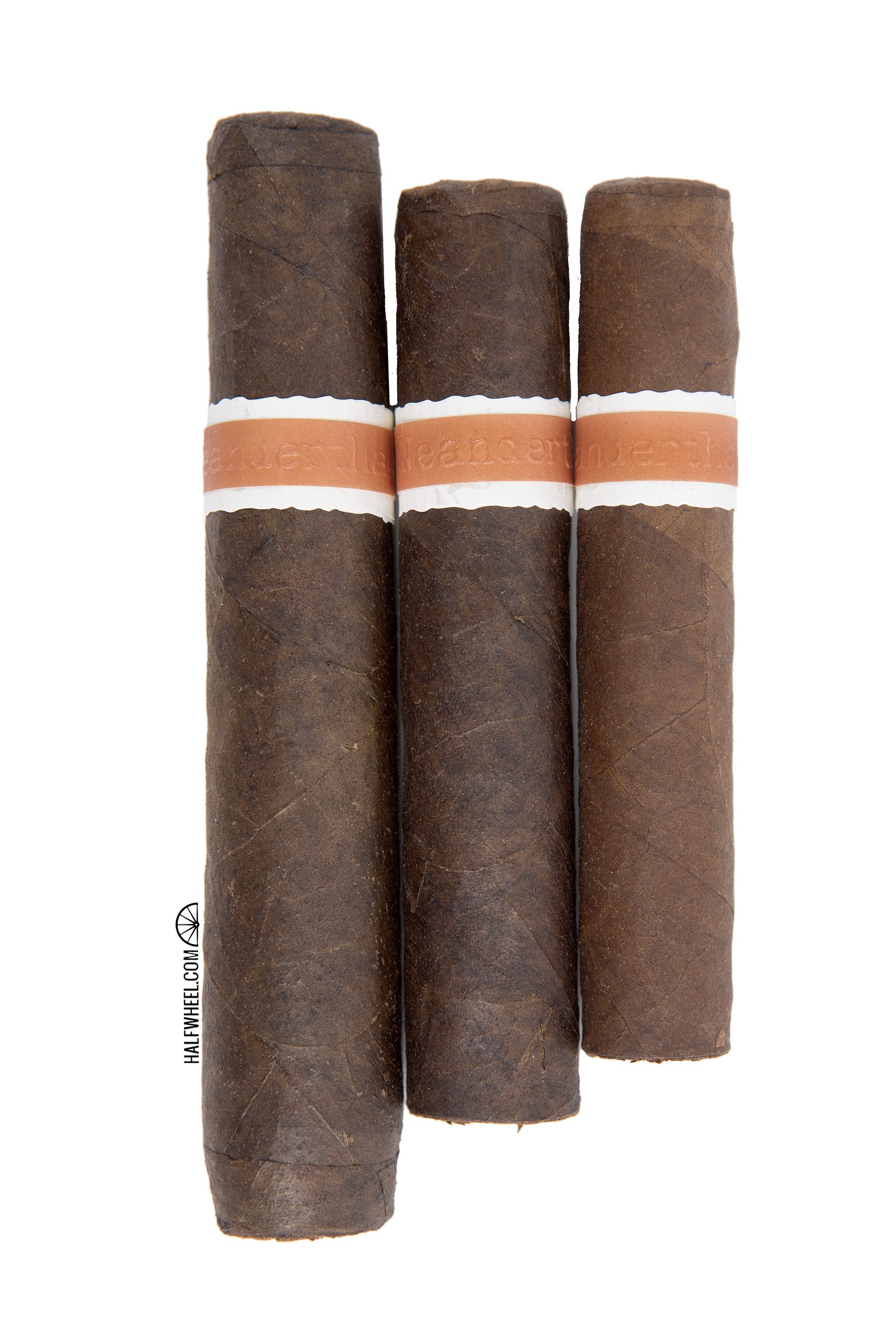 While the blend may seem fairly innocuous at first glance, it’s highlighted by a Pennsylvania ligero affectionately known as “Green River Sucker One,” a potent double ligero that has two to three times the amount of nicotine as any other tobaccos used by RoMa Craft Tobac. The resulting blend is said to be one of the strongest in the RoMa Craft portfolio.

For this size, the team of Skip Martin and Michael Rosales of RoMa Craft Tobac tapped a discipline that isn’t commonly used to name cigars: genetics. HOXD, also known as the Homeobox D Cluster, is a cluster of five genes that is a body structure gene that is linked among all mammals, and finding that this gene had undergone methylation in Neanderthals, leading to their development of shorter and stouter limbs. While I will certainly not be able to do justice to giving a proper explanation—and thus refer you to this article from Sharon Begley of Reuters—the HOXD cluster “influences the shape and size of limbs, including arms and hands,” and was found to be largely silenced in Neanderthals and Denisovans, an extinct Stone Age human that lived in Eurasia. With the discovery of the HOXD gene cluster and its impact on physical development, paleoanthropologist Chris Stringer said that it “may help to explain how these ancient humans were able to build stronger bodies, better adapted to the physical rigors of Stone Age life.” 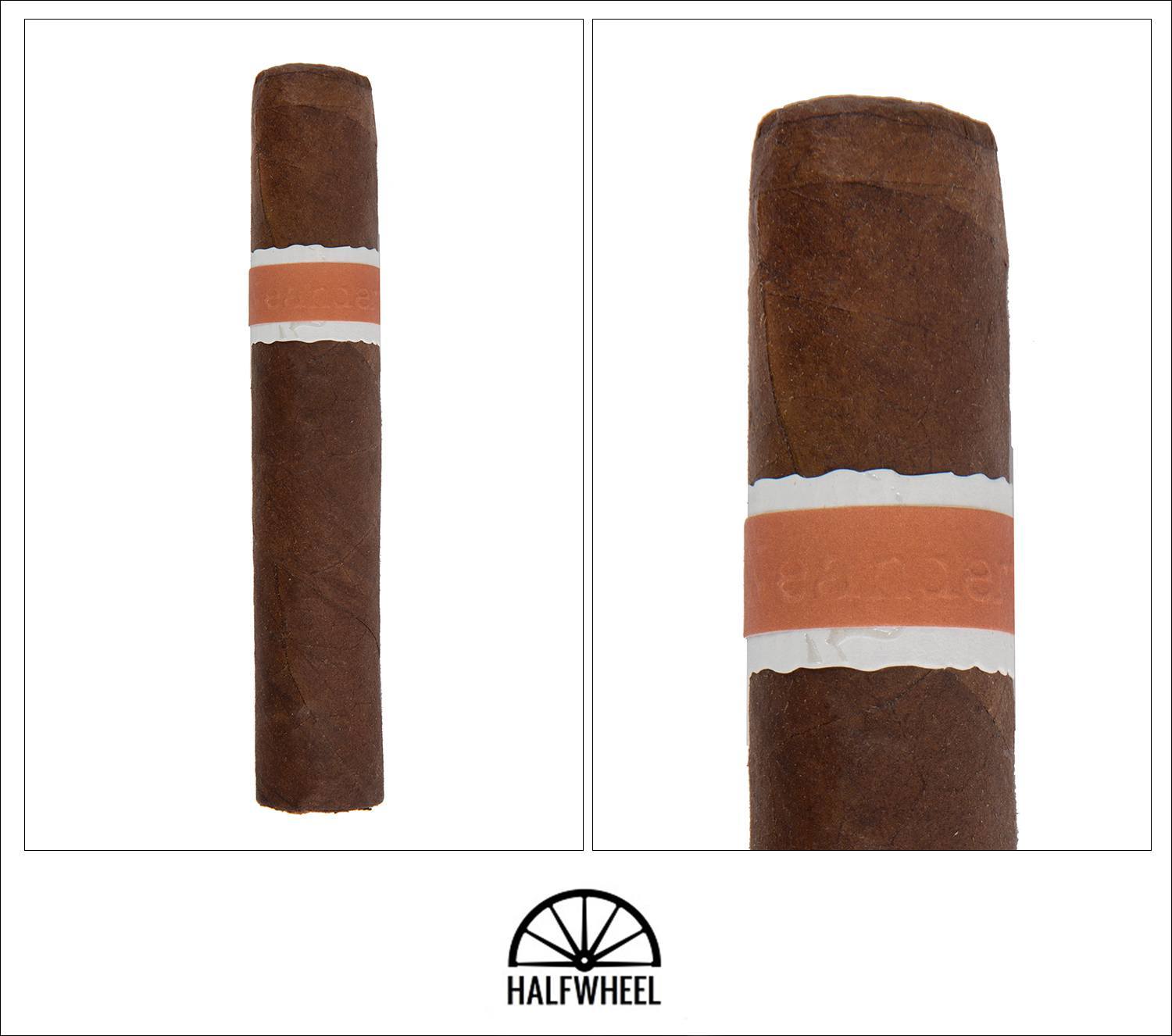 There are a lot of jumping off points from which to start talking about this short little cigar; the flat cap is unfamiliar and almost disconcerting, given how little its used and just how flat it is, which automatically gets me thinking about how to best remove it. The colors of the wrapper and the band play off each other near perfectly, with what strikes me as a Texas Longhorn hue of orange, while the wrapper reflects a bit of that yet is a well-tanned shade of brown that has a bit of glow to it. It’s a firm cigar with little give but its consistent in its firmness, and the toothy texture from the wrapper offers a pleasing tactile sensation while giving the cigar a closer inspection. The prelight aroma is a peppery apricot offering, sweet but with the spice that RoMa Craft Tobac fans have come to expect from the brand, and in particular, this line with its ligero dominant note. The cold draw errs on the loose side, with little obstructing the air flow and its smooth flavors of pepper, apricot and a touch of wood.

The first puffs of the Neanderthal HoxD are certainly robust and rustic, full of flavor while also a bit of a throwback in terms of the rawness of the strength. There’s a bit of bite from the wood flavors but nothing harsh; simply a very active flavor on the palate. Thankfully, the draw once lit is firmer than I would have expected from the cold draw, and the HoxD puts off tons of smoke, and I can already feel some of the strength of the ligero kicking in, both in terms of flavor and nicotine delivery. Even with this potent tobacco in it, the burn line moves fairly well, burning evenly and with steady progress, while the ash holds on well. There are a few spots in the first third where the ligero isn’t as dominant and rather leaves an almost distant aspect to the strength, sort of like smelling a neighbor’s cooking or campfire, and in that reprieve the senses get an invitation into the HoxD’s offerings instead of the cigar being so forthcoming on them. 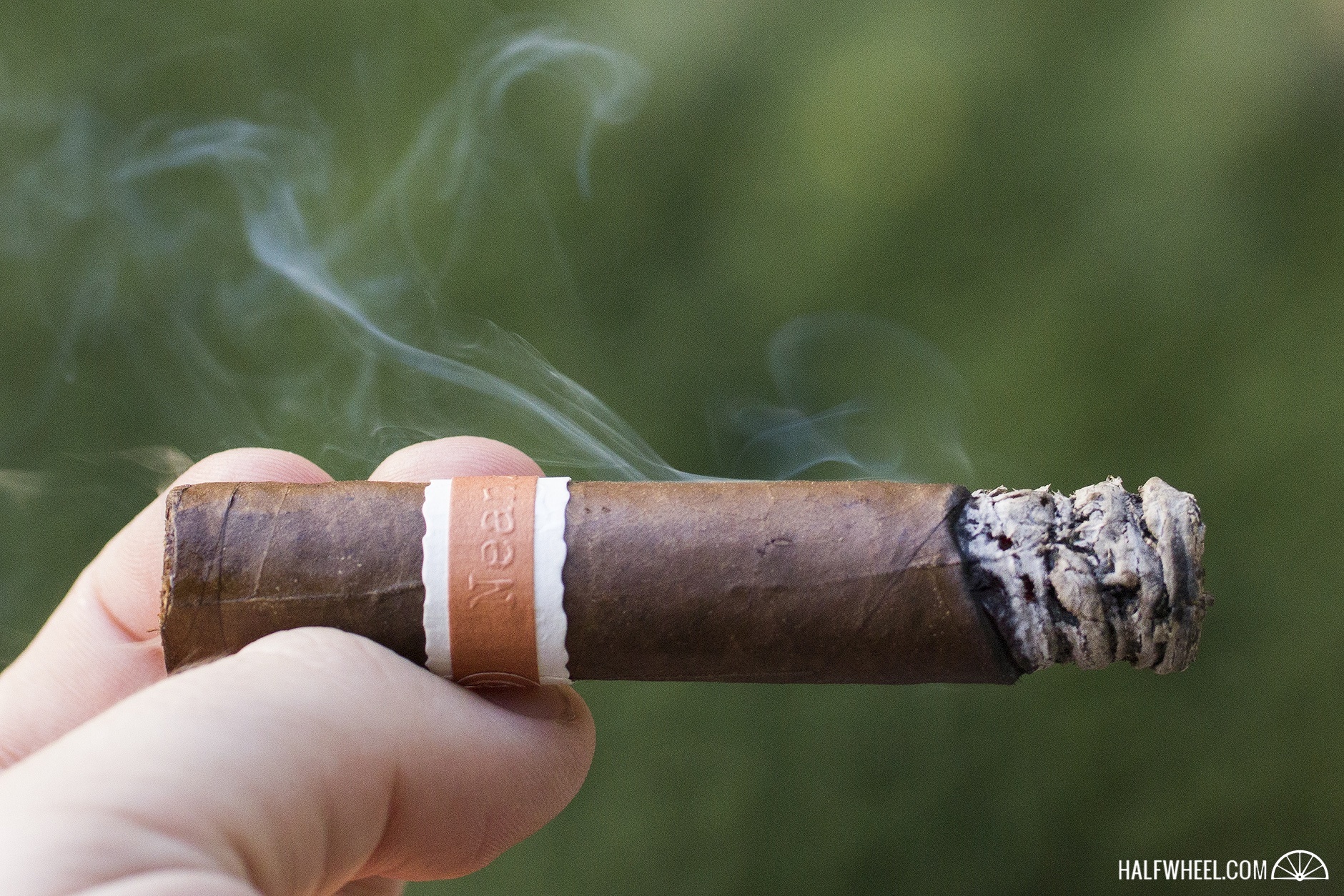 When the first clump of ash releases, a big hit of pepper gets picked up both in the nose and on the palate, showing the earthy kick for which the Neanderthal line is known. There’s also just a bit of sweetness coming out, something that I have come to appreciate finding in very strong cigars, as it tends to be found in these blends but is often overshadowed by the strength. Even when the strength gets turned down on the palate, it’s never far away, especially via a retrohale, which serves up a quick reminder that this isn’t a mild cigar by any means. By the end of the second third I feel the nicotine kicking in; the Neanderthal has me sitting back a bit further in my chair than I was earlier as the burn continues to be outstanding. 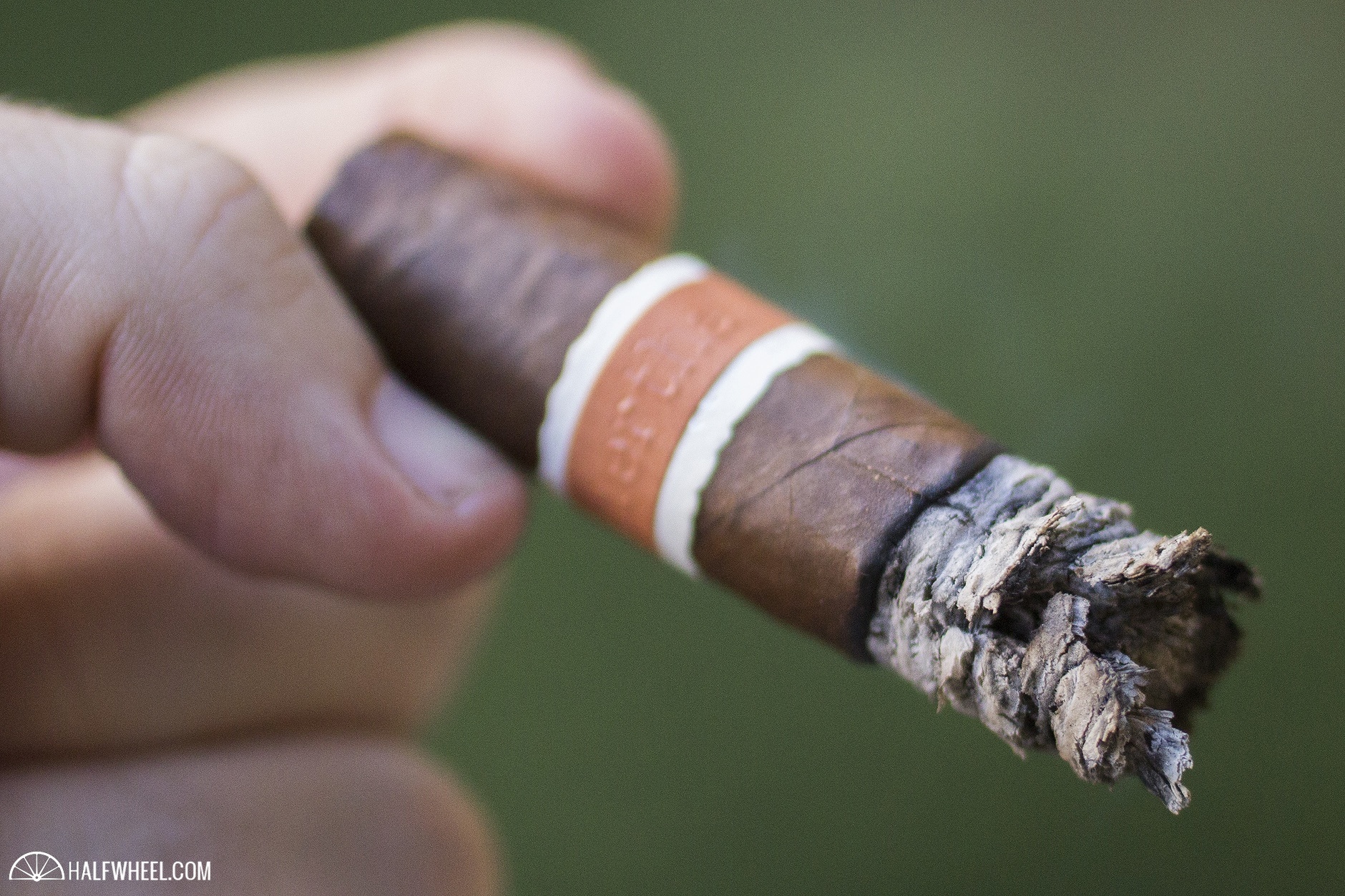 With the final third underway, I continue feeling the punch of the Neanderthal HoxD, which has me wondering if it might better be called the KO given how much strength it is offering. Even with its strength, balance never seems to be an issue, though a slight harshness from the pepper does have me questioning that as the band needs to come off. Sweetness stays in the mix as an underlying note; it would be easy to gloss over it given the cigar’s strength, but on a fresh palate it should be fairly easy to pickup. Heat doesn’t really affect the HoxD as the burn line approaches the lips, and with a draw poker handy it’s easy and worthwhile getting the final puffs out of the cigar. 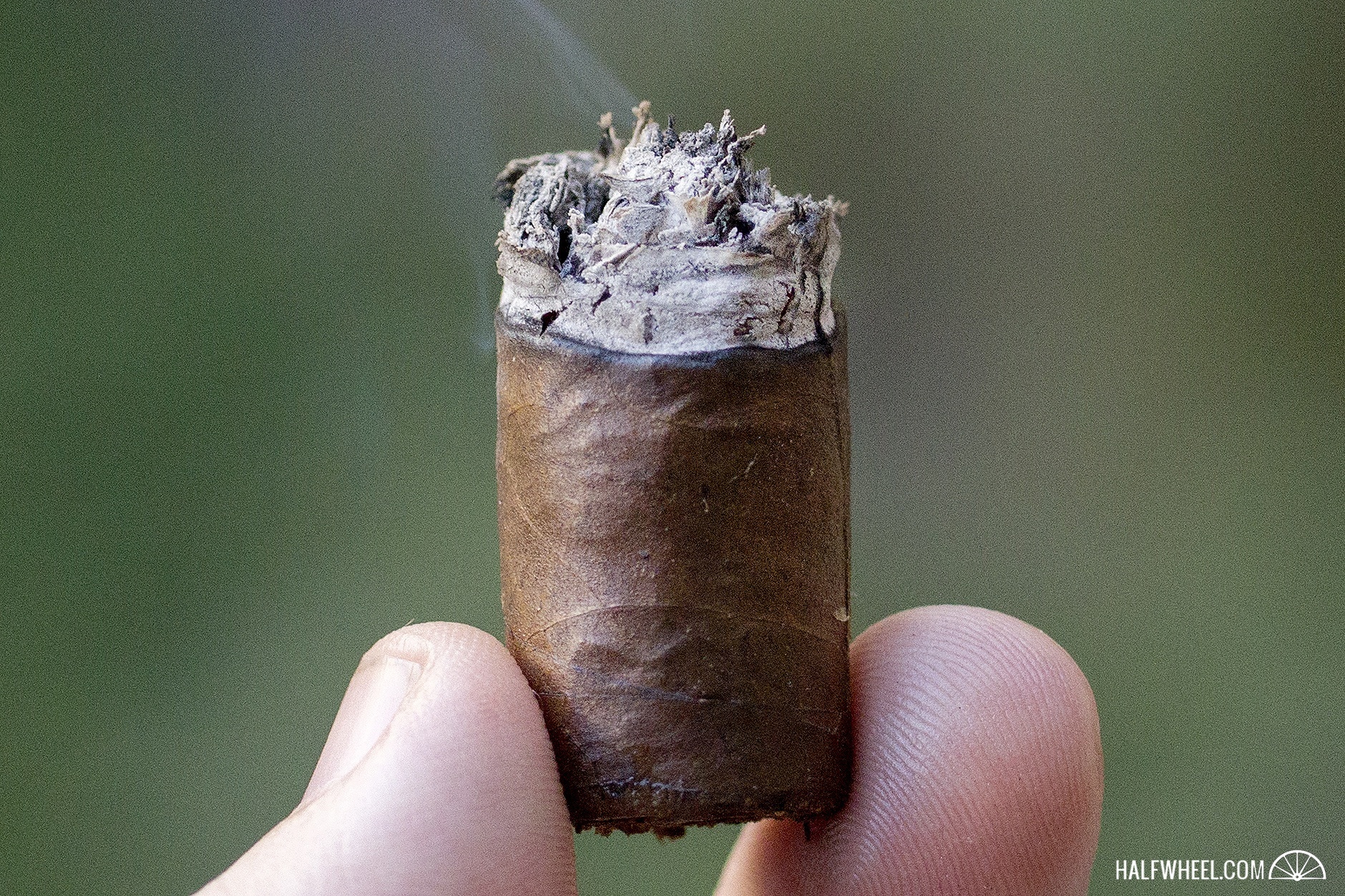 It’s a shame that at least for now, the Neanderthal HoxD isn’t available on its own, simply to give more ready access to this little flavor bomb of a cigar. That said, 10 sticks from RoMa Craft Tobac in a sampler that gives you access to the company's five core lines for just over $60 before taxes is a hard deal to pass up, and the HoxD only sweetens the deal. To borrow from the name of the ligero that gives this stick its potent strength, you’d have to be a sucker not to try one, especially if you’re a fan of full bodied, full flavored cigars.