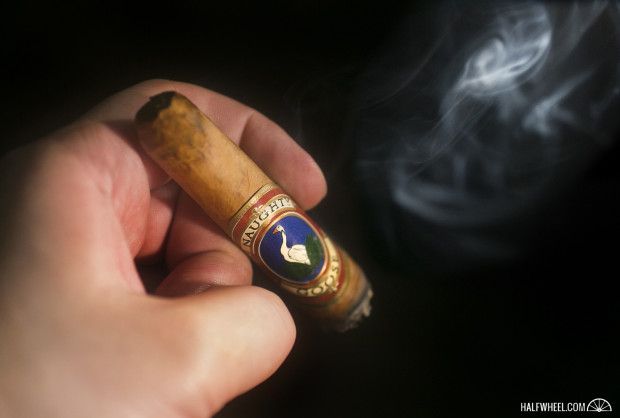 There is almost nothing about Naughty Goose.

It was a brand created by Italian-born Daniele Mangiameli. He showed the cigars off at the 2008 IPCPR trade show and convention and by 2009, Richard Perelman wrote in his Perelman Pocket Cyclopedia of Cigars 2010 that Naughty Goose had been discontinued. 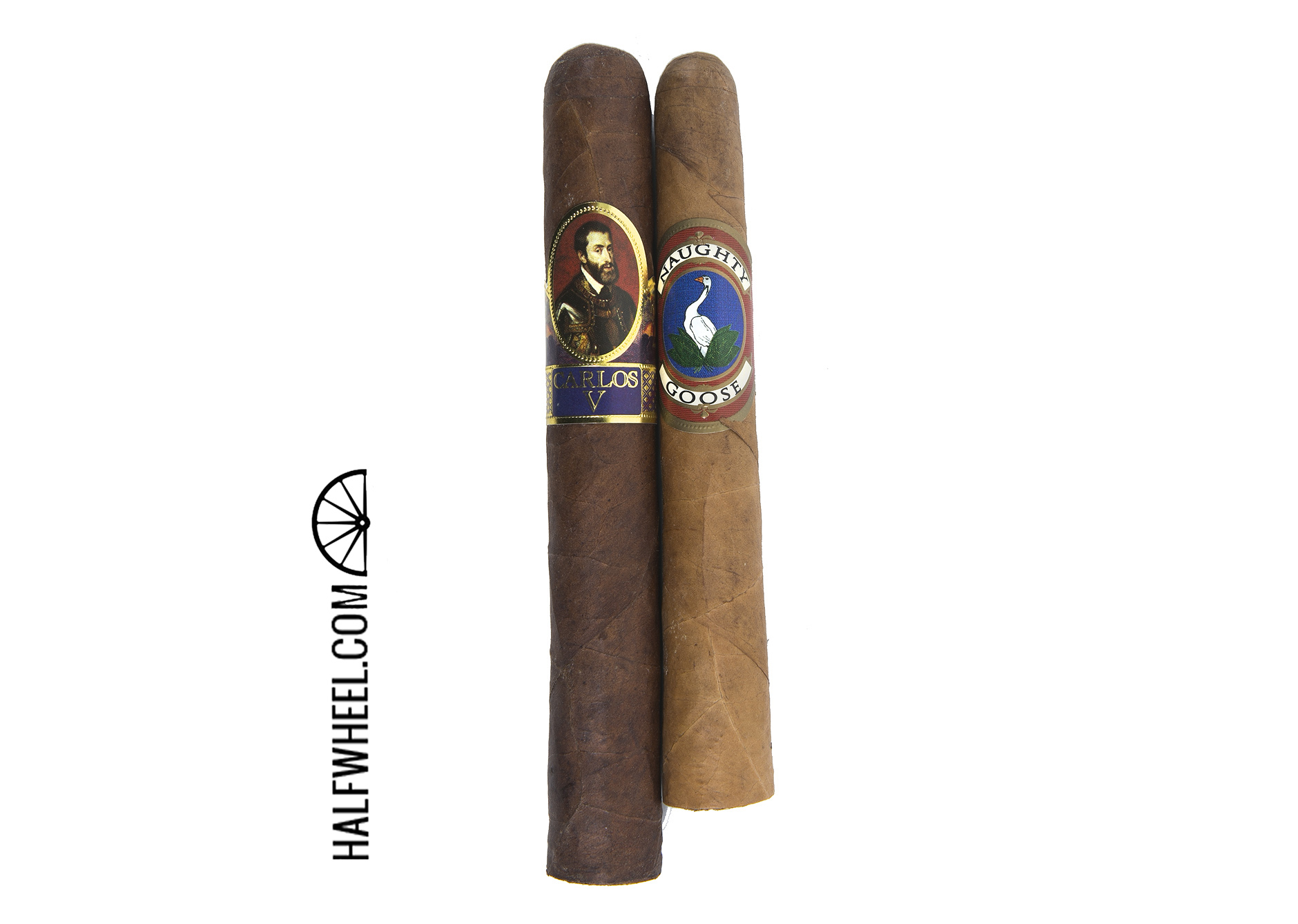 It was made at Raíces Cubanas in Honduras alongside Carlos V, another cigar from Mangiameli. Neither received much acclaim, nor is there record of many sales.

There was more than just one trompeta size, but there’s no information on what those exactly were. Perelman himself has no record of the cigars in the 2009 edition of his book. 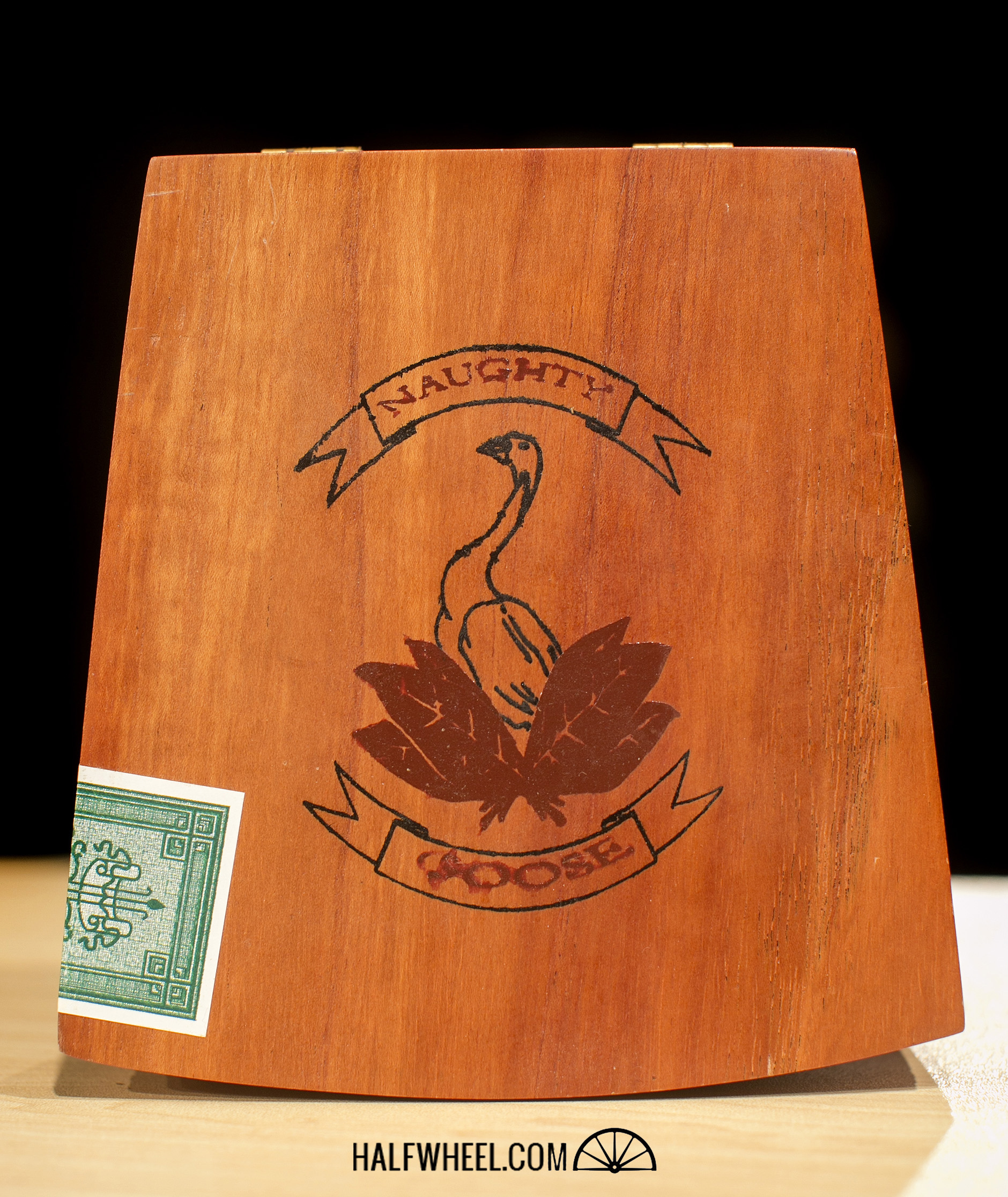 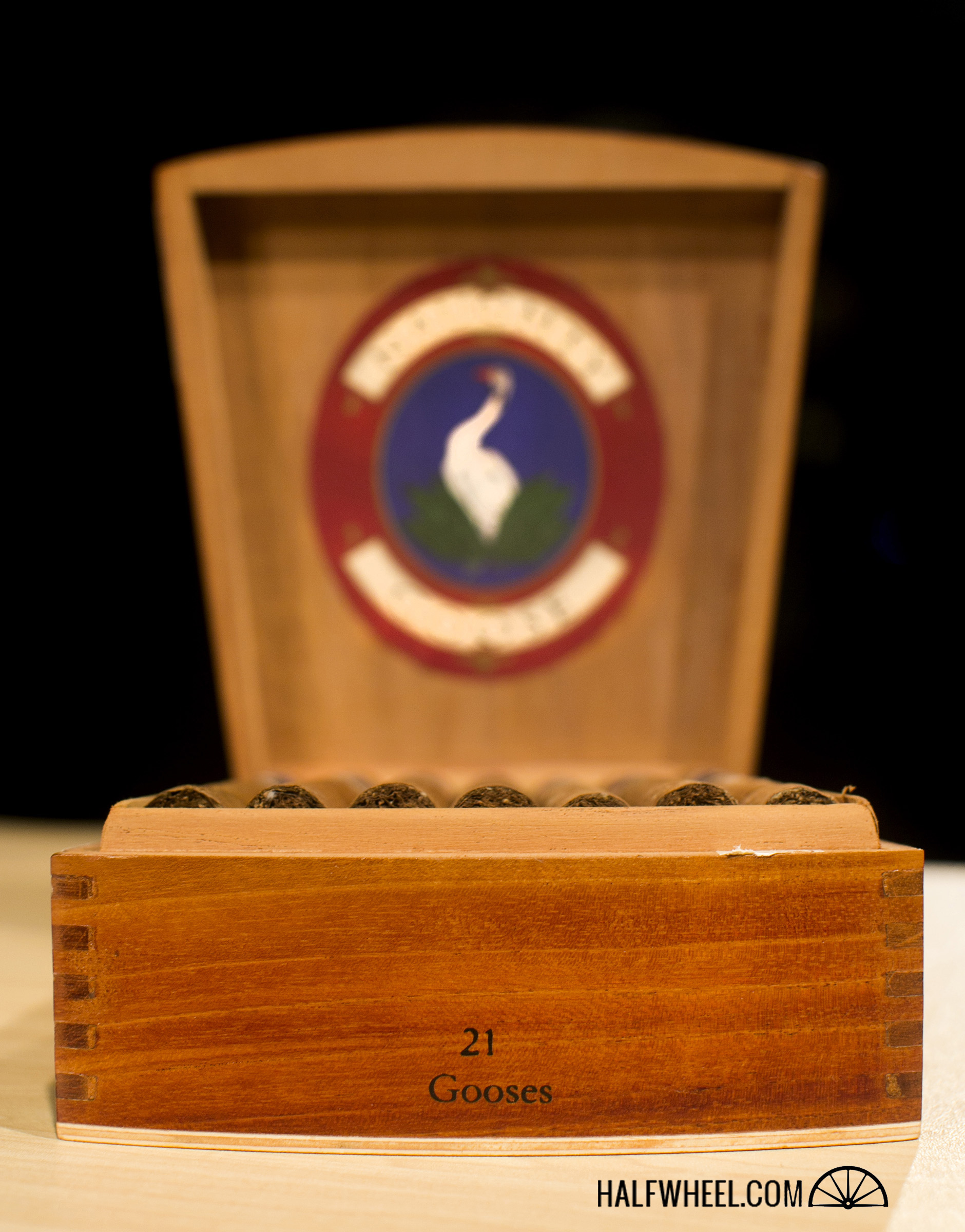 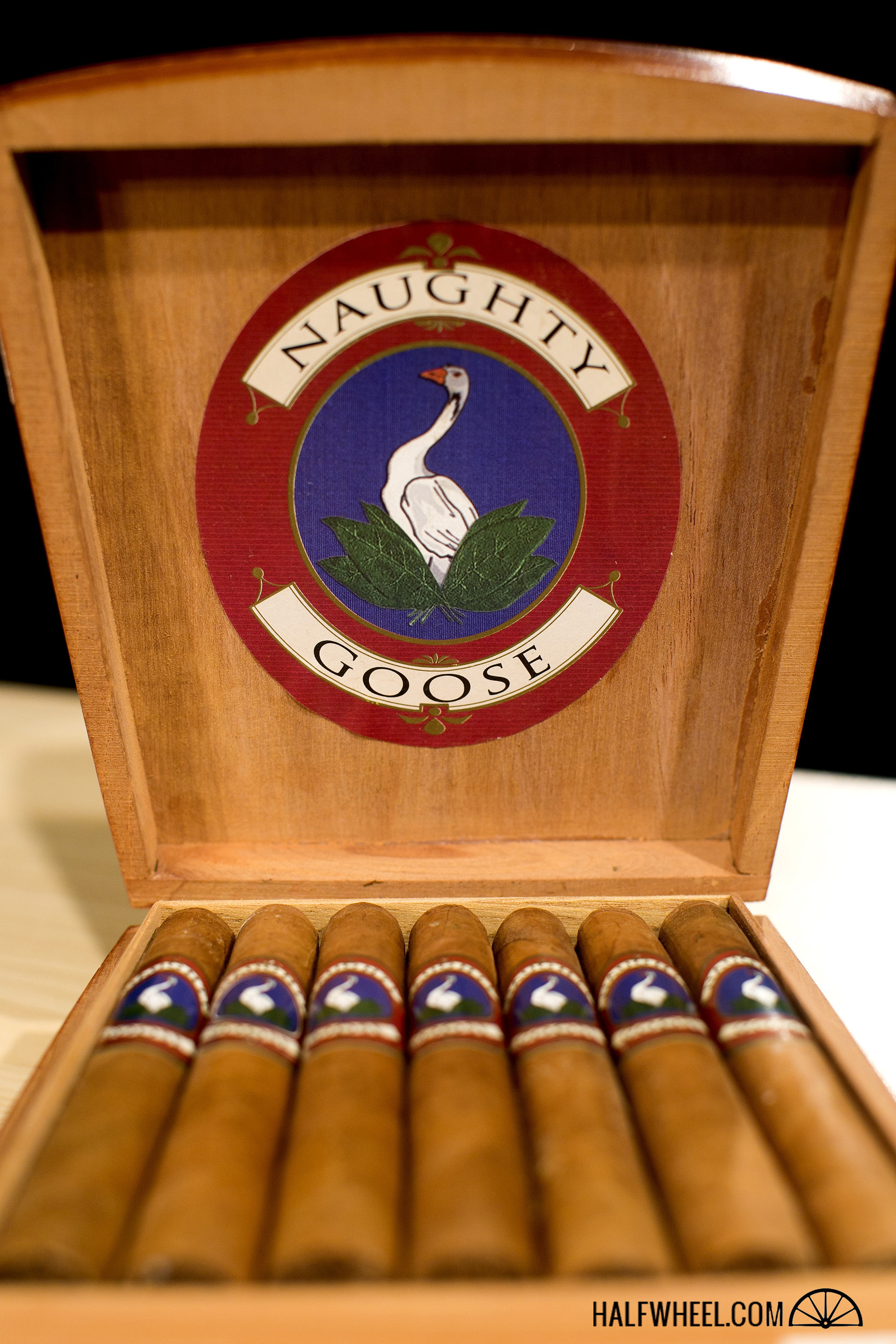 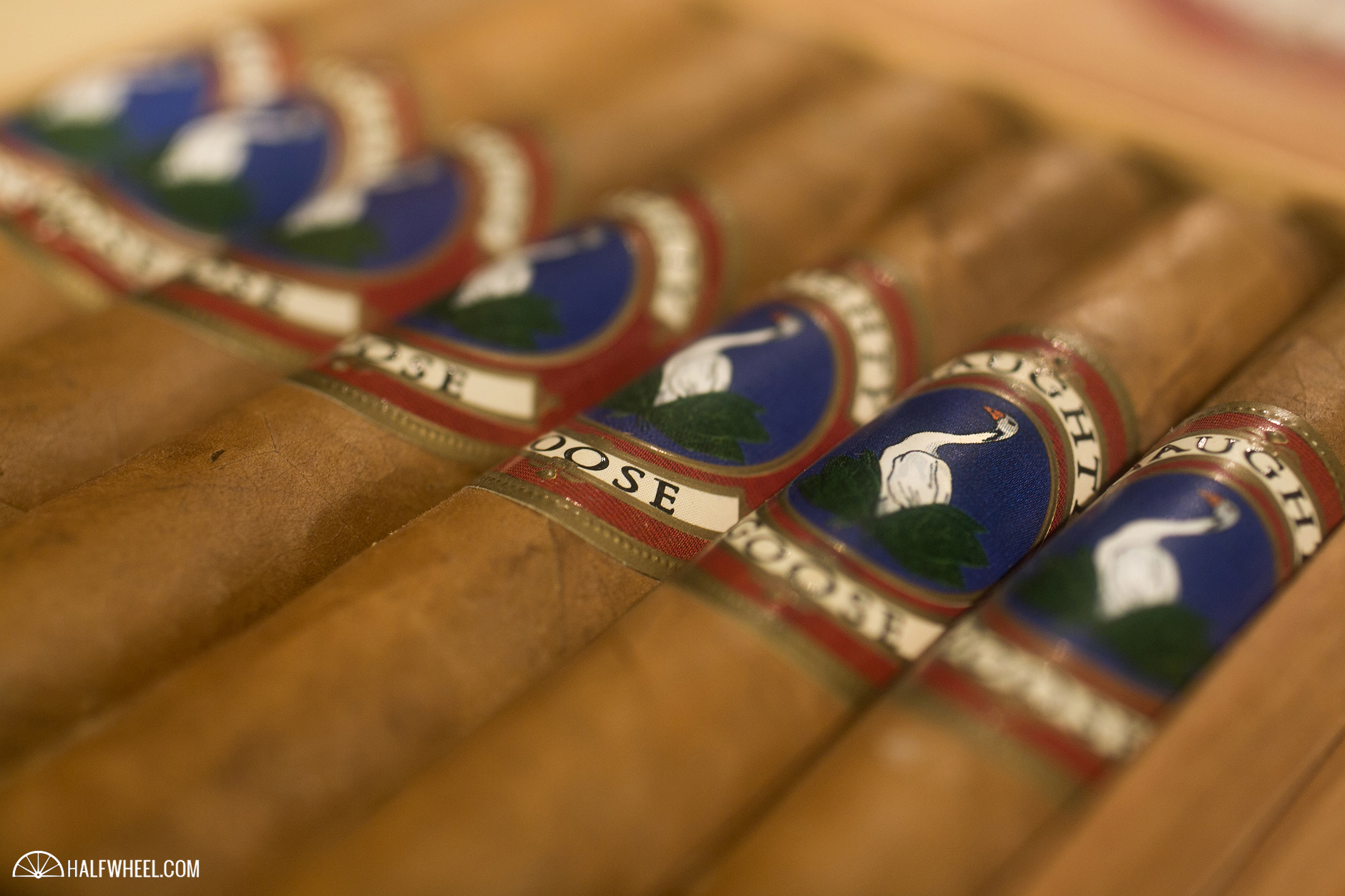 While visiting FUMARE in Reno, Nev., Dion Giolito started digging through boxes of random cigars he had collected for one reason or another over the year and ran across Naughty Goose. He then insisted we take some, presumably to get rid of the one box he had taken as a favor to Mangiameli. 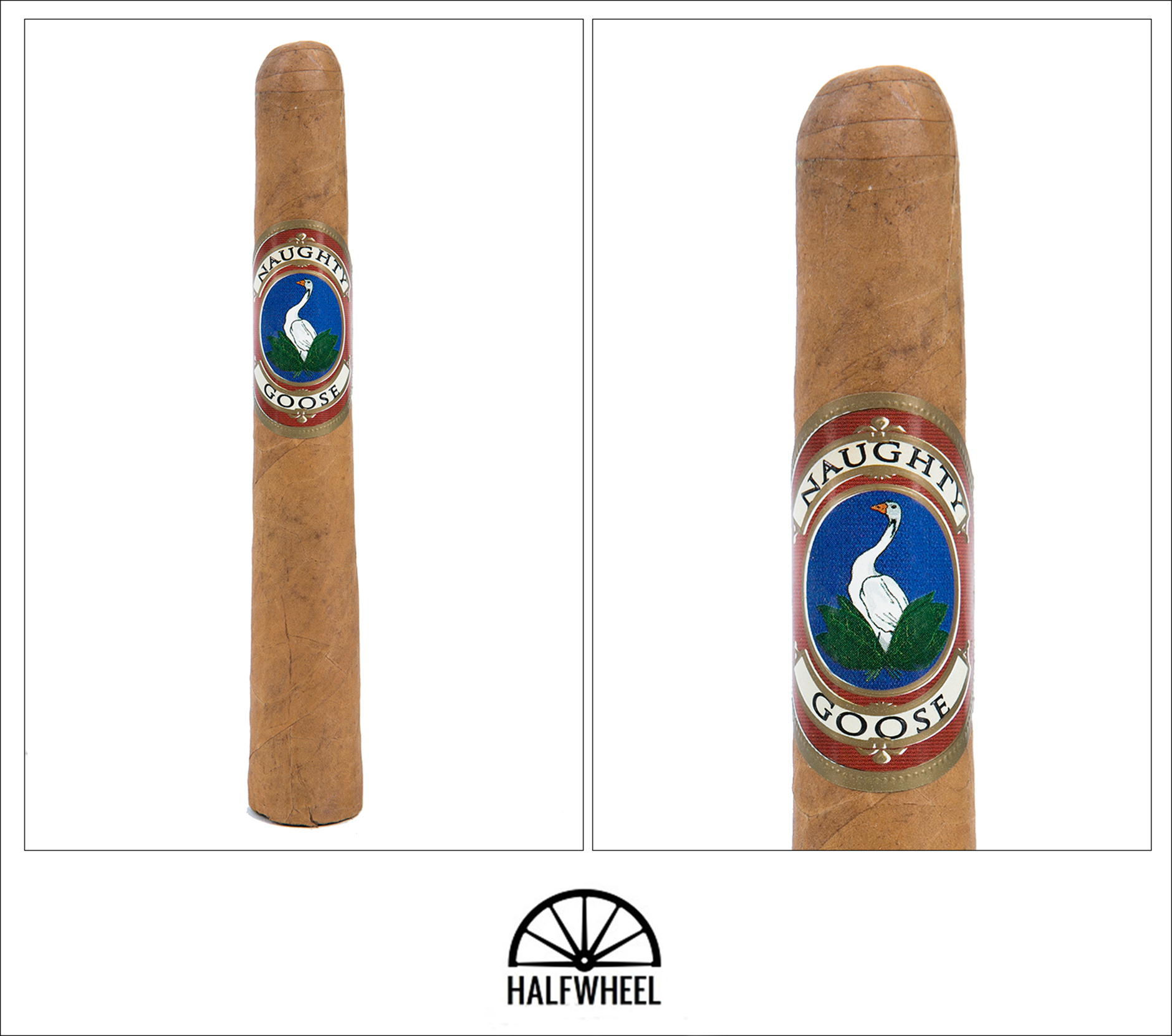 I have no qualms with how the cigar looks. The trompeta is well-rolled and the wrapper has a decent golden brown color. From the foot, there’s a lot of notes reminiscent of twang along with hickory barbecue and a touch of an overly floral perfume. From the cold draw, the Naughty Goose once again provides quite a bit of twang along with an acidic orange note that does burn a bit. It’s full—which is somewhat surprising even though I had no clue what to expect.

The Naughty Goose begins close to full with notes of cedar, white pepper, a floral sweetness and a grain pasta-like finish. It’s clean, smooth and settling to a medium-full flavor with a sweet cedar, creaminess, the aforementioned floral notes and touches of twang. At times, the acidity in the nose builds, but it’s relatively tame particularly if you avoid retrohaling every puff. Strength-wise, the cigar is medium, which is odd. 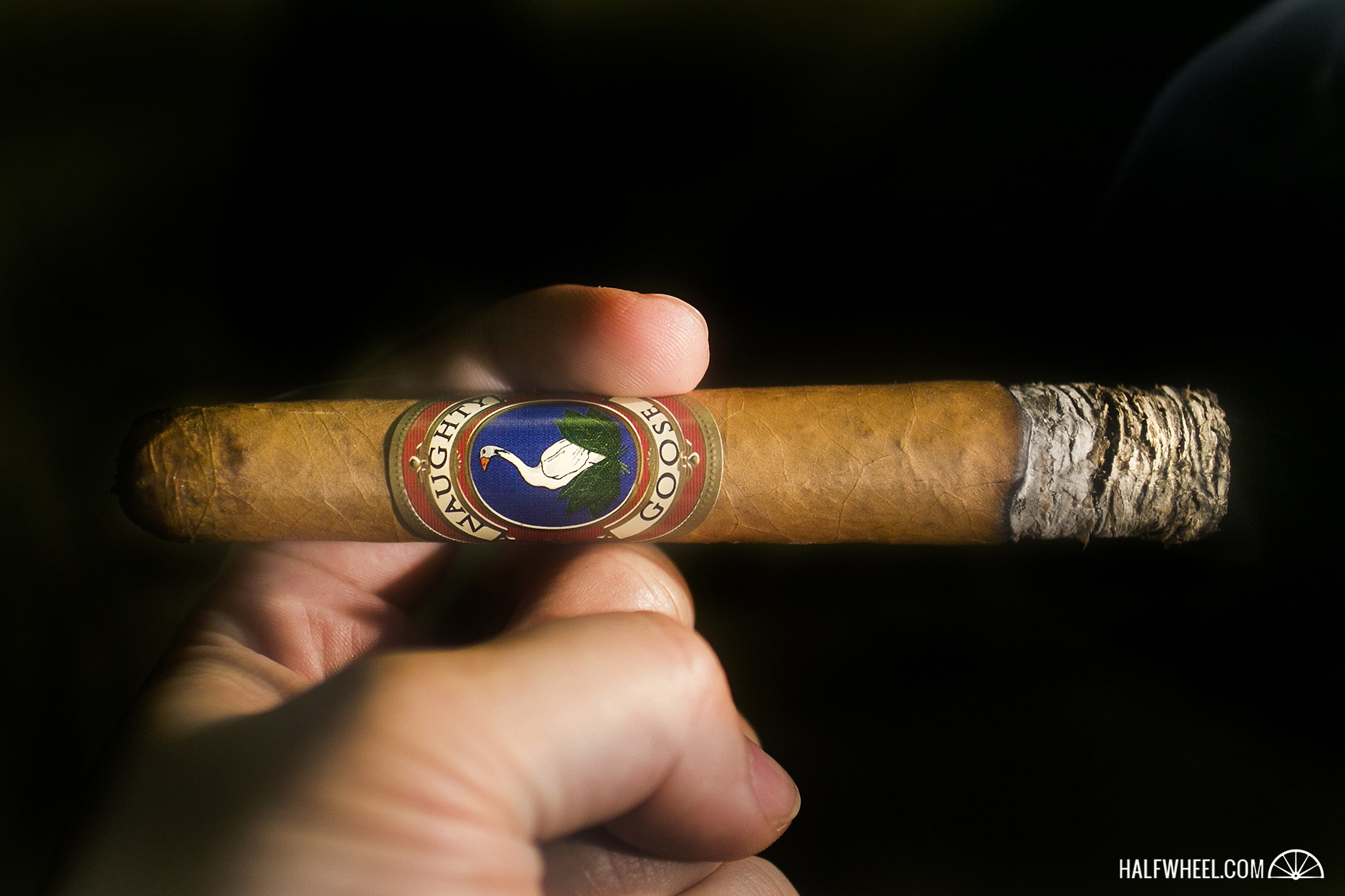 As the cigar begins to thin out physically, the sweetness starts to fade. There is still a creamy cedar note, along with an added silky vanilla note, but a leather note is cutting through the sweetness. The acidity is all but gone, now with a creamy almond dominating the nose. Construction has not been an issue at all through the first two thirds, although I struggle to get any more than inch of ash on the Naughty Goose. 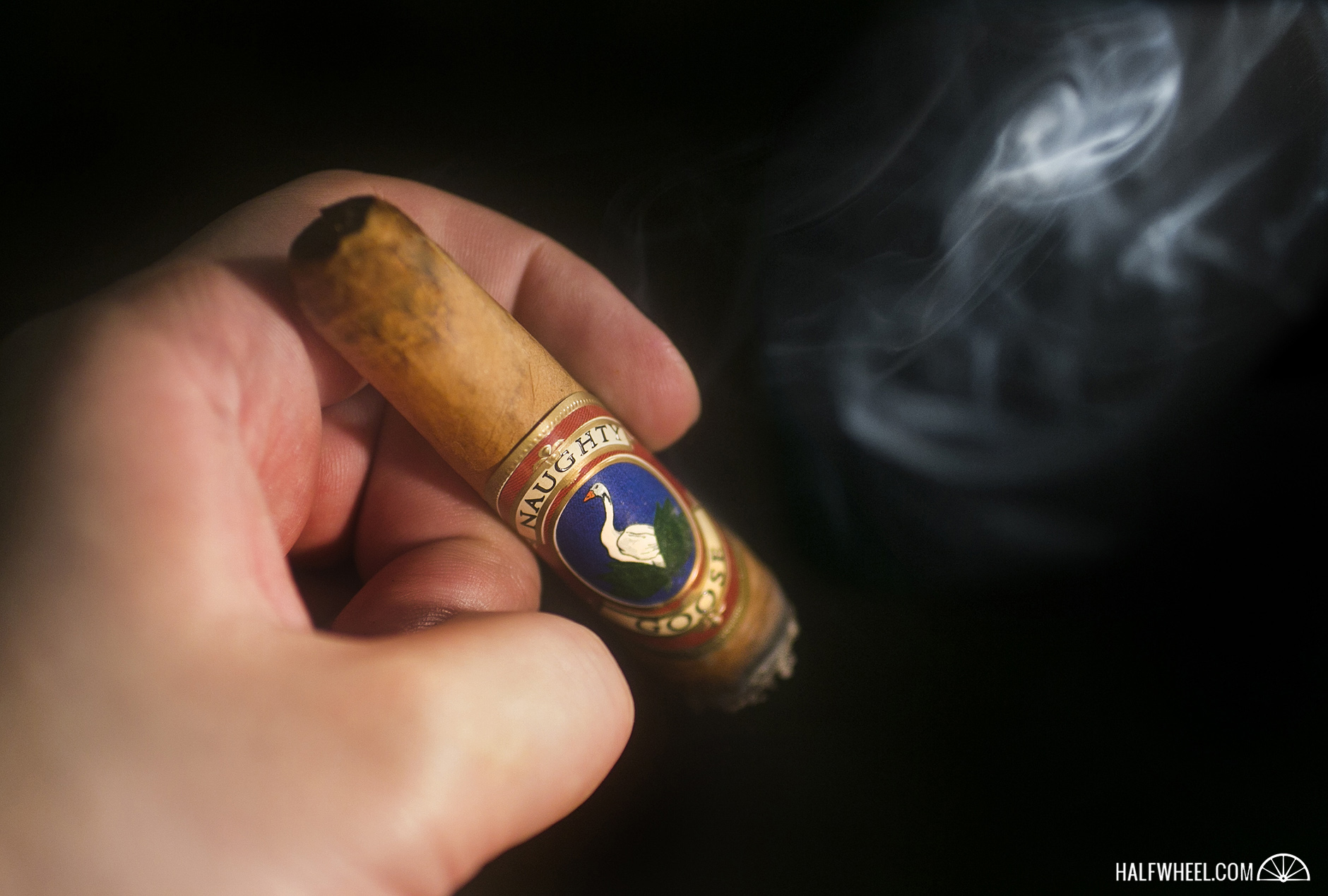 There’s no question the cigar is beginning to decline in the final third. The flavors become more fragmented with the twang becoming a bit more present, the creaminess separating itself and the leather turning much saltier. Smoke production declines, but it does not hinder my ability to finish the cigar. Eventually, the saltiness becomes too much on each sample and the cigars meet their end in the ashtray. 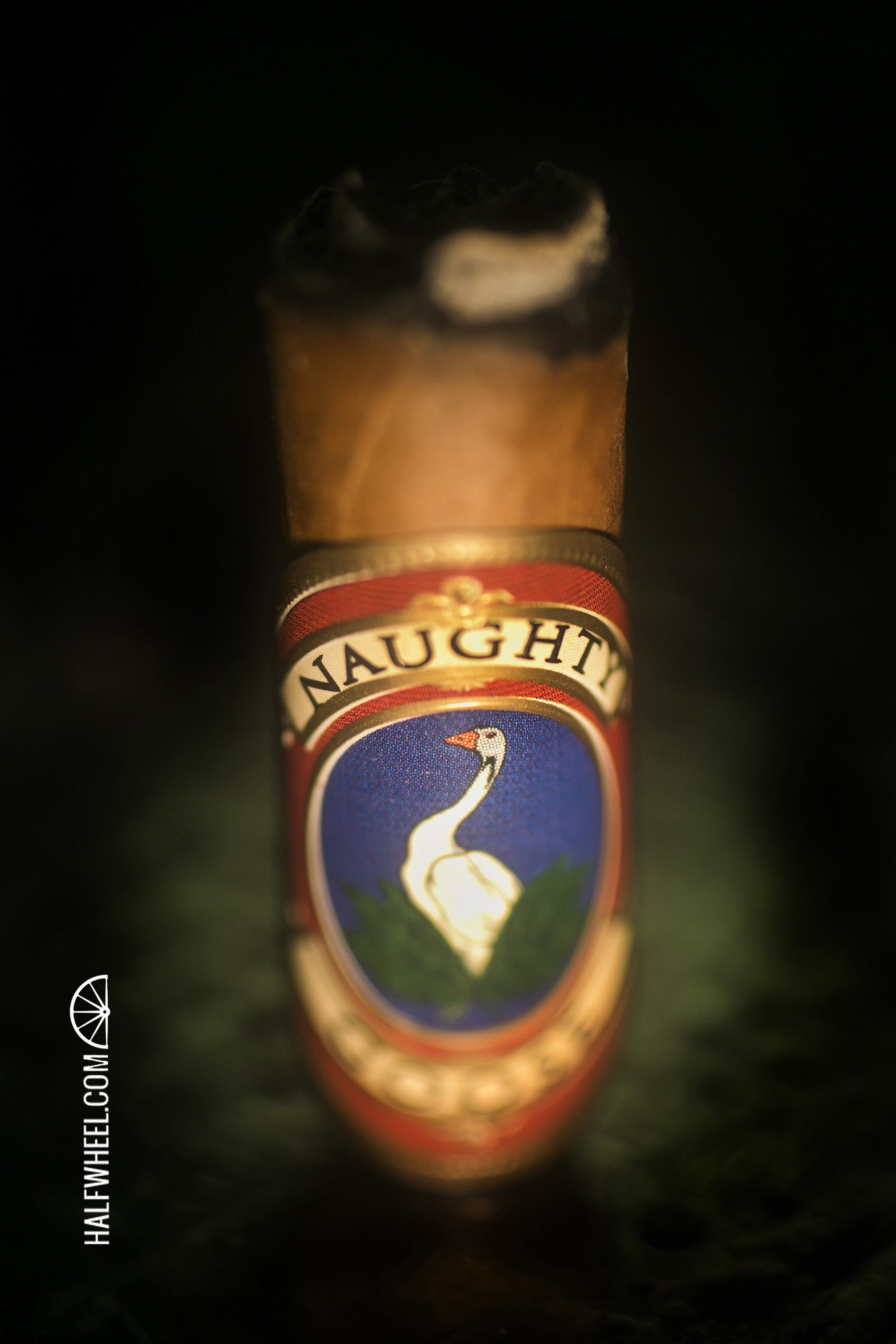 It’s challenging to say “naughty goose” verbally to anyone without laughing. This is a serious review of a cigar, that by name and band, is a bit challenging to take serious. That being said—this was not a bad cigar at all. I’ve smoked about a dozen cigars that have used Cuban filler underneath a non-Cuban wrapper and my money says that’s what’s going on here. We have a few more left at the halfwheel office and I imagine I will be getting email’s from the rest of the halfwheel staff to smoke one, I imagine we all will be a bit shocked.