The cigar is being made at The Quesada Factory in the Dominican Republic and uses a Dominican wrapper with Nicaraguan binder and filler to create a full-bodied and balanced flavor. The cigar was created as a collaboration between the Sherman and Quesada families as a celebration of the company’s “incomparable past while looking toward the future,” according to a press release. Said to be inspired by the façade and lobby of Nat Sherman’s original home at 1400 Broadway in New York City, the cigar box and band display custom art deco designs. 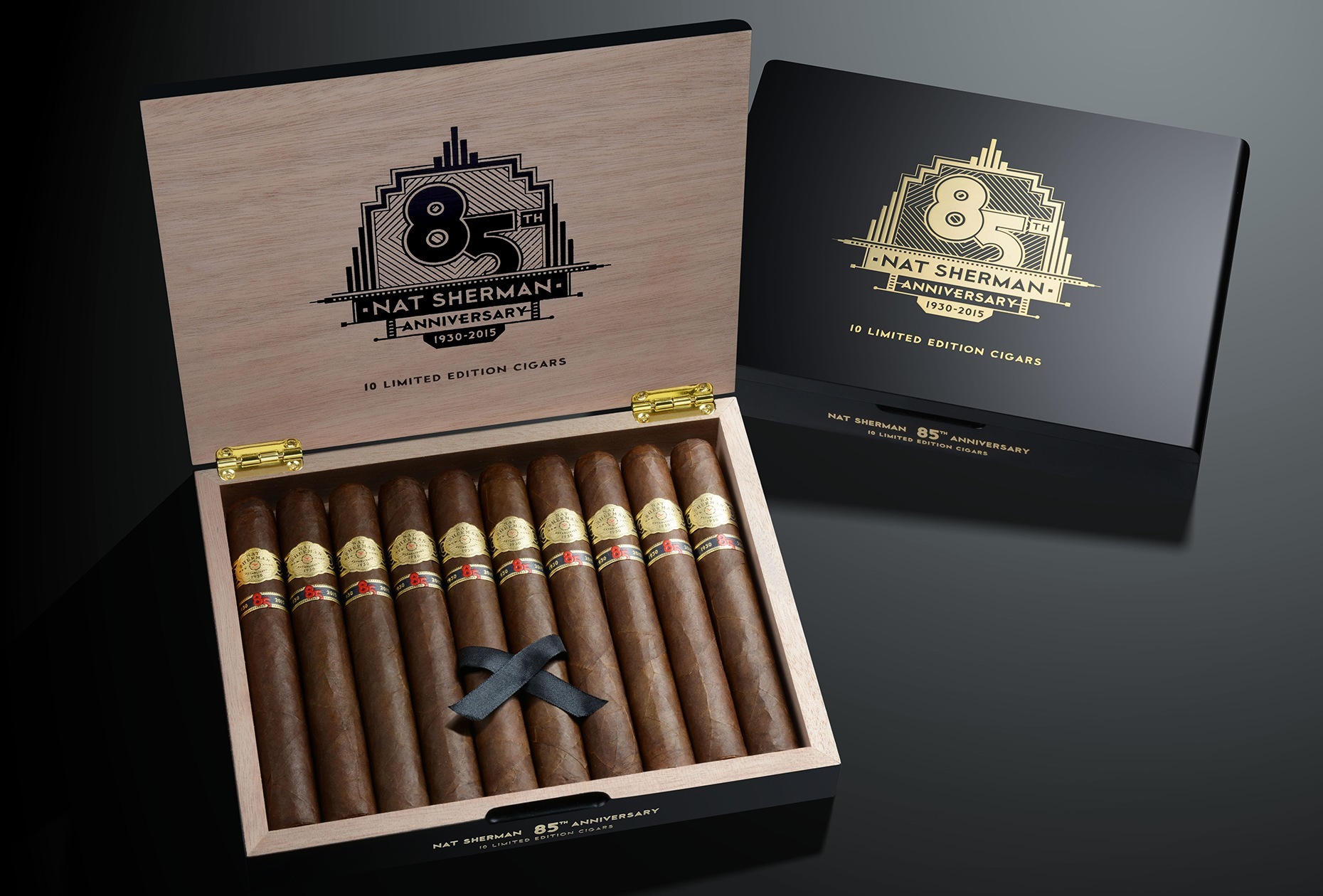 Just 2,500 ten-count boxes are being produced for release in the late spring.

“Without the support, love and commitment of our devoted staff and faithful customers, we would not be celebrating such an incredible milestone,” said Joel Sherman, President & CEO of Nat Sherman, via a press release. “As we look towards our company’s bright future, I’m incredibly honored and privileged to see my father’s vision realized. It is with an overwhelming sense of pride that we witness Nat Sherman celebrated not only within the tobacco industry, but as a treasured part of New York City’s past and present.”

The cigar will sell for a suggested price $19 per stick and $190 per box, before applicable taxes. As part of the release and celebration, there will be a series of intimate dinners across the country throughout 2015, in conjunction with authorized Nat Sherman tobacconists.

Nat Sherman first opened its doors in 1930 in Manhattan’s Garment District and today the flagship Nat Sherman Townhouse is located in the heart of Manhattan at 12 East 42nd Street.