Tomorrow, at Blend Bar Cigar in Indianapolis, the Nat Sherman 85th Anniversary will go on sale for the first time. 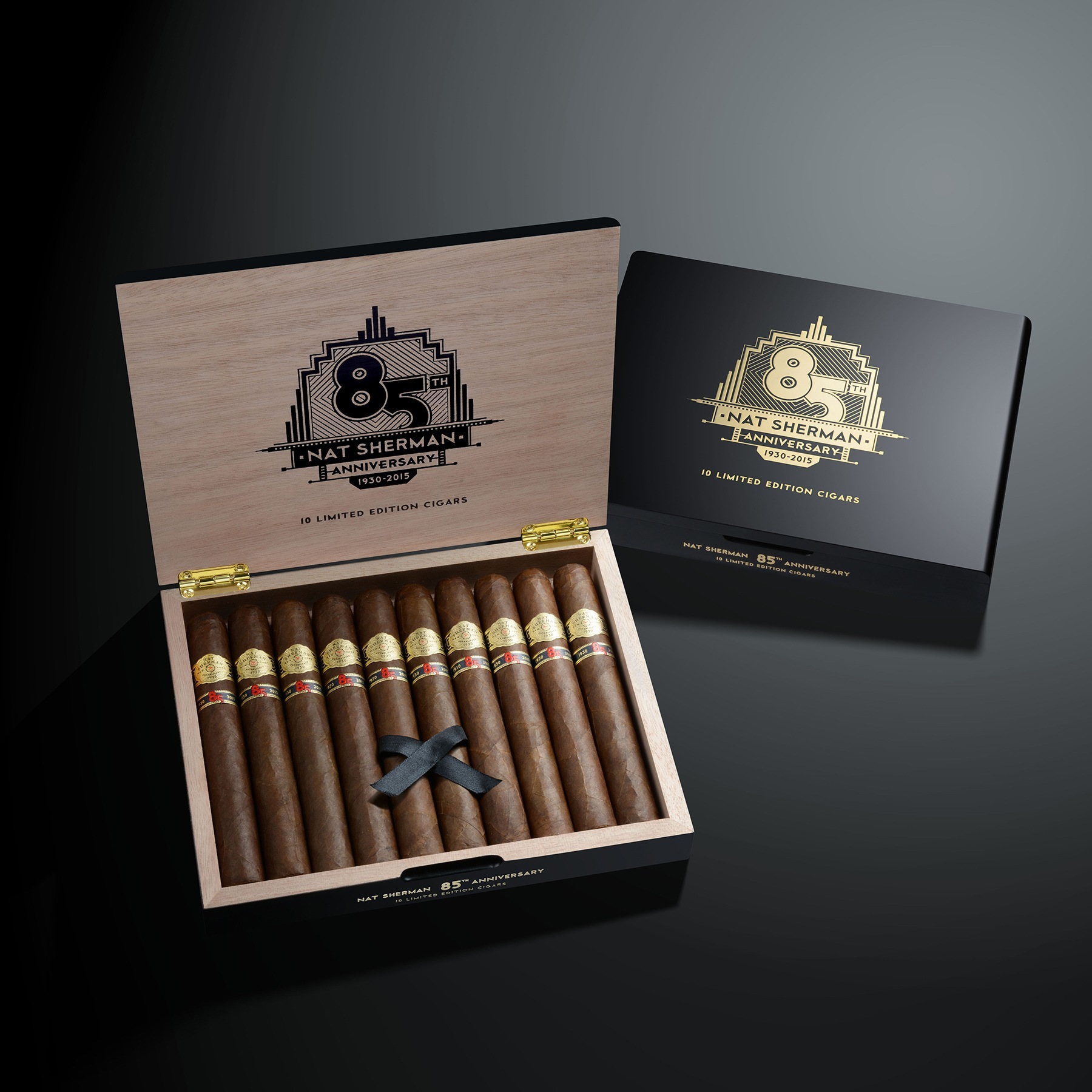 The cigar honors the company’s 85th anniversary in the cigar business. It measures 6 1/2 x 54 with a Dominican wrapper and binder and filler tobacco from Nicaragua. The company says its artwork was inspired by the facade and lobby of the company’s original store at 1400 Broadway.

“We are very much honored to host the initial launch,” said Corey Johnston, president of Blend Bar Cigar, in a press release. “Blend Bar Cigar will be hosting the Sherman family at the launch party with a fabulous Knob Creek bourbon bar and a summer barbecue provided by local celebrity chef Dan Cart with process going to Second Helpings, Inc.”

Retailers nationwide can expect the cigar to begin shipping either late this week or early next week. Suggested pricing for the Nat Sherman 85th Anniversary is set at $19 per cigar and it is limited to 2,500 boxes of 10.