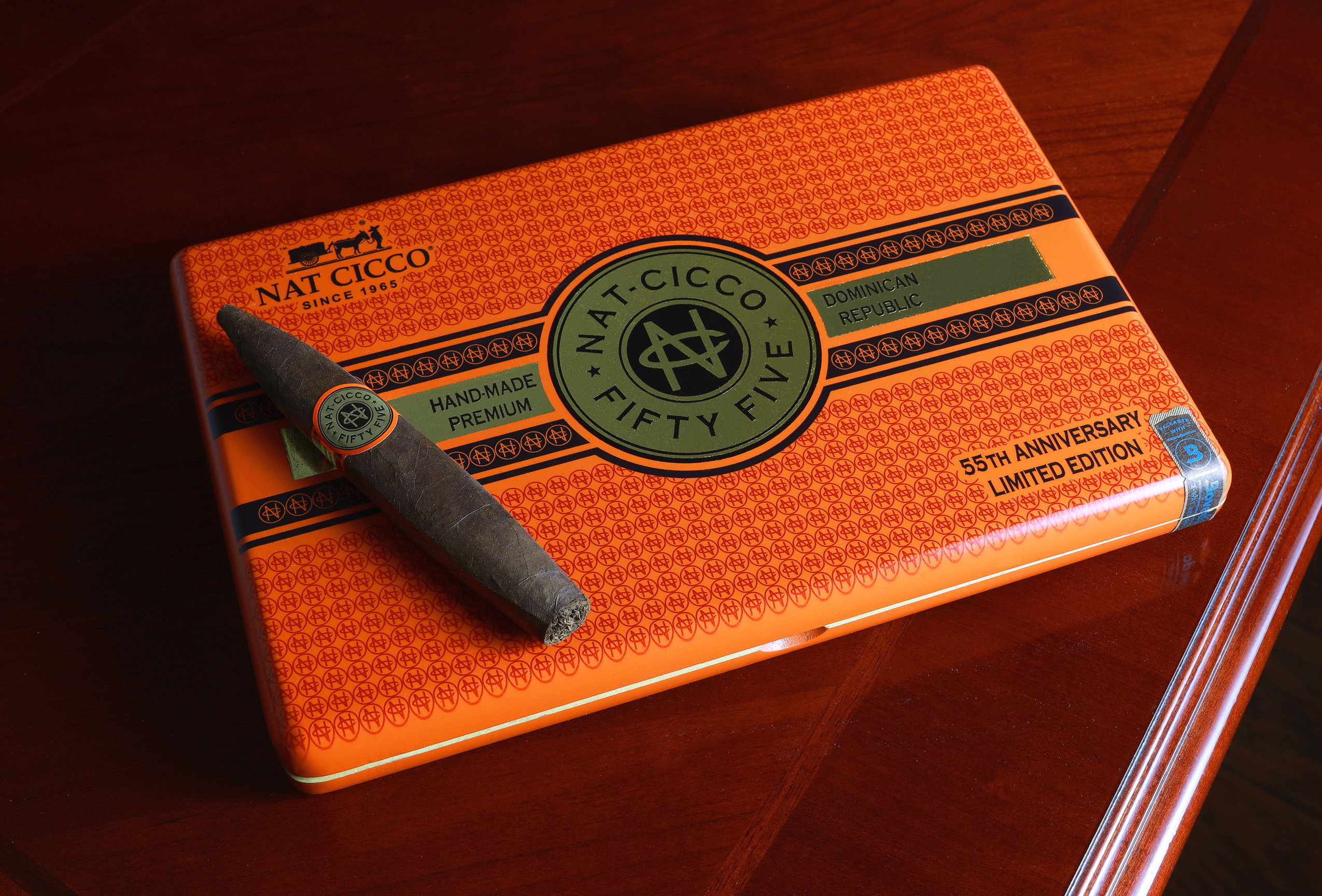 After an extended delay, the Nat Cicco Fifty Five is beginning to arrive at cigar retailers.

The cigar celebrates an anniversary that occurred in 2020, when the Nat Cicco brand turned 55-years-old. It was shown off at the 2021 PCA Convention & Trade Show and slated for an October release, but the COVID-19 pandemic slowed down the cigar’s production as well as the production of the packaging. It also claimed the life of the person who blended the cigar, Rolando Villamil. 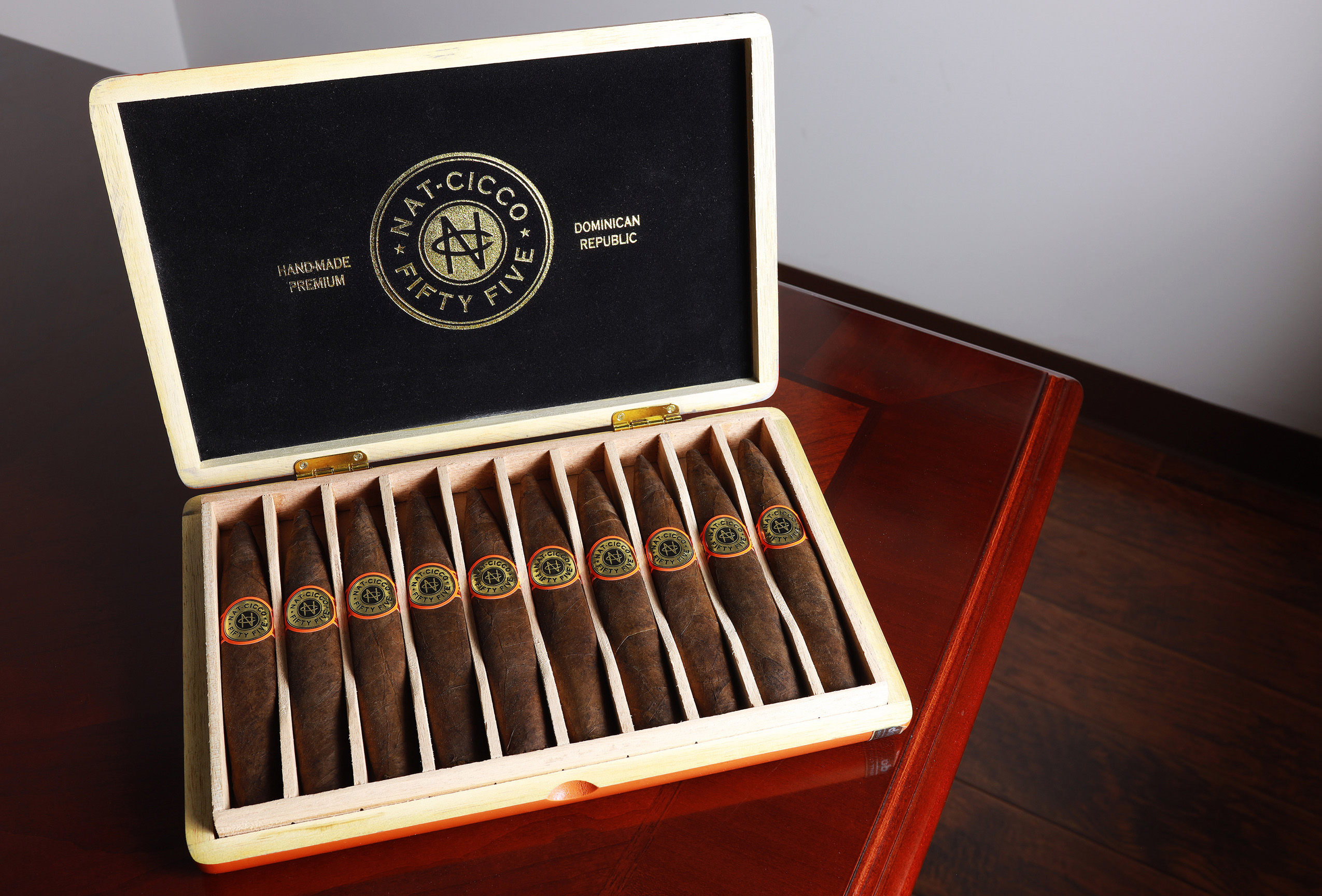 The Nat Cicco Fifty Five is a 6 1/4 x 60 figurado that uses a Connecticut broadleaf wrapper, Indonesian binder grown on Java Island, and fillers from Nicaragua and the Dominican Republic. It is produced at Tabacalera Von Eicken in the Dominican Republic, and comes with an MSRP of $16 per cigar, or $160 for a 10-count box. The company has not disclosed how many cigars are being produced for the release.

Nat Cicco was launched in 1965 under the name National Cigar Company, though eventually shortened its name to Nat Cicco. It was acquired by Zander-Greg in 2007.