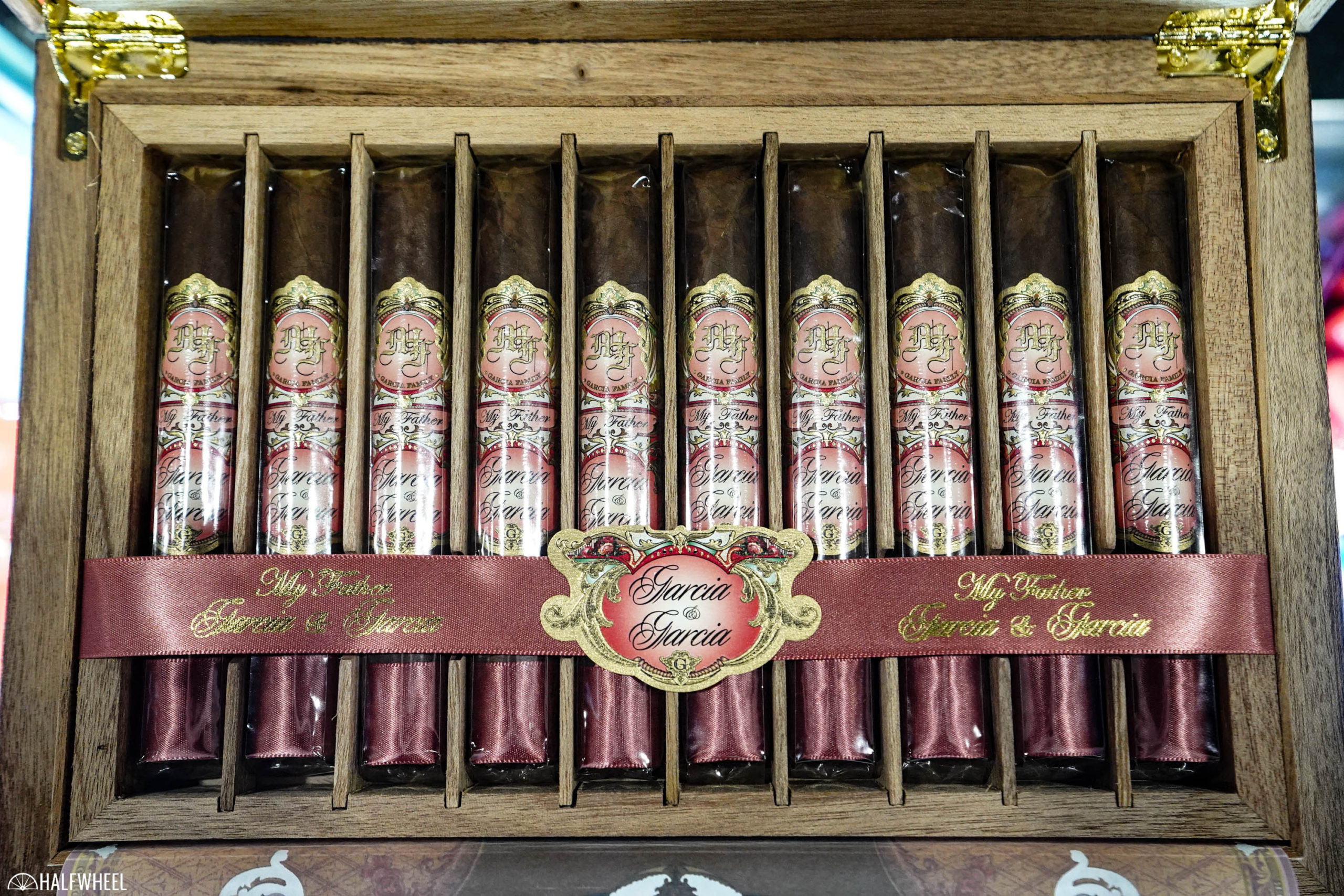 At this year’s PCA Convention & Trade Show in July, My Father Cigars had only one new product on display, a new size of its Garcia & Garcia line that was only available to retailers who attended the trade show. Now, that cigar is on its way to retailers.

It’s called the My Father Garcia & Garcia Robusto Deluxe, and is a 5 1/4 x 52 vitola. Like the Garcia & Garcia that came out in June 2016, the cigar uses an Ecuadorian habano rosado wrapper, a Nicaraguan binder and Nicaraguan fillers that includes criollo 98 and pelo de oro.

While production numbers were not finalized at the show, the company has announced it produced a total of 3,000 boxes of 10 cigars at its factory in Estelí, Nicaragua. Each cigar has an MSRP of $30.

Unlike the original, the Robusto Deluxe comes in a slightly more toned-down box. While it looks largely the same, gone is the metal My Father logo from the lid, replaced with a gold screen-printed version, much like you see on many of the company’s other boxes.