When José “Pepín” García left Cuba for America, he is said to have promised his family that he would succeed.

That’s the inspiration for the latest line from the García family’s My Father Cigars, Inc., aptly called La Promesa. Pepín would go onto start El Rey de los Habanos and later My Father, both with his children Jaime and Janny by his side. In addition to the family’s brands, their factories would make cigars for Ashton, Tatuaje, Miami Cigar & Co. and others.

La Promesa is a five-size line that uses an Ecuadorian habano oscuro wrapper over a Nicaraguan binder and Nicaraguan fillers. 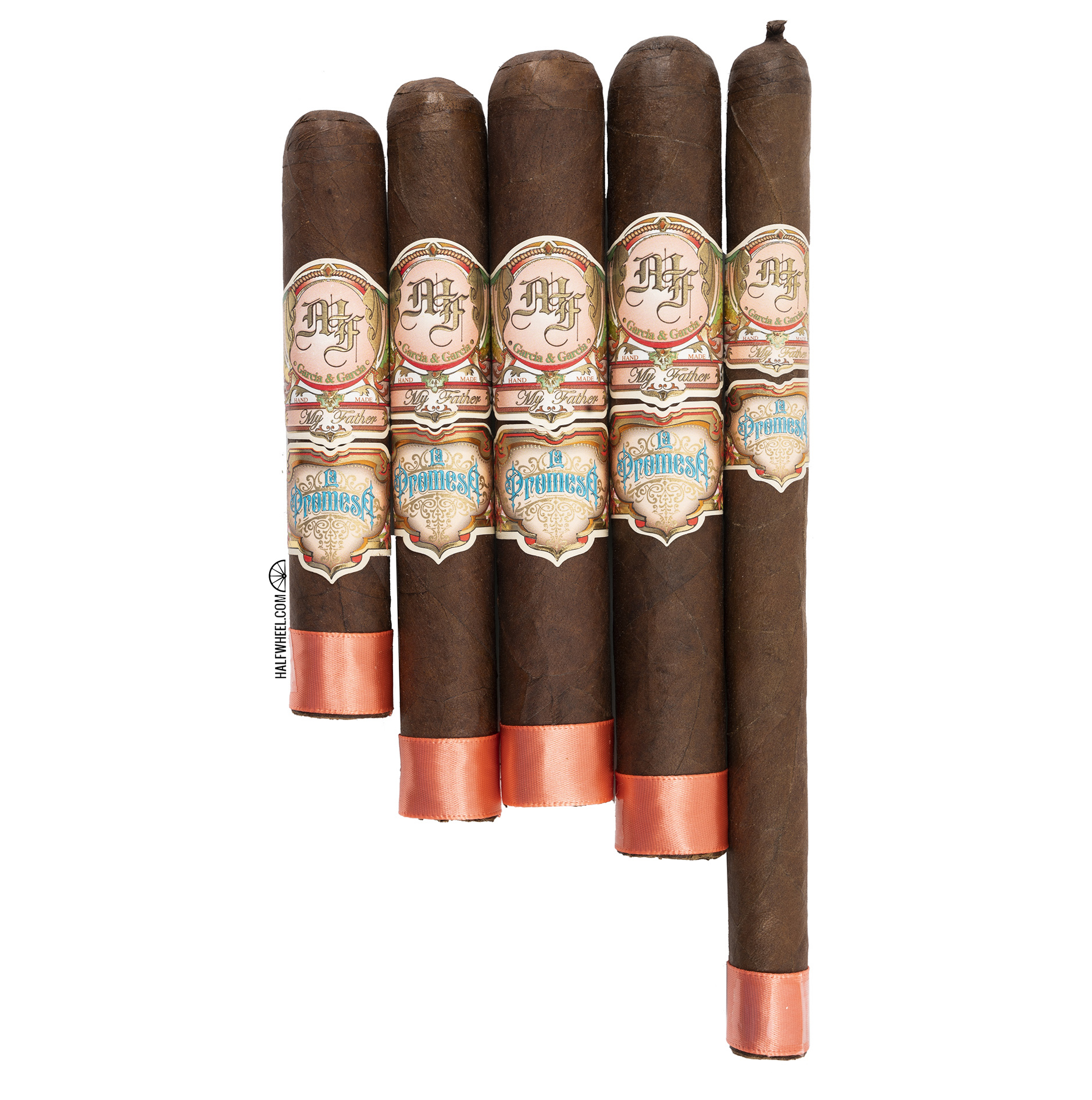 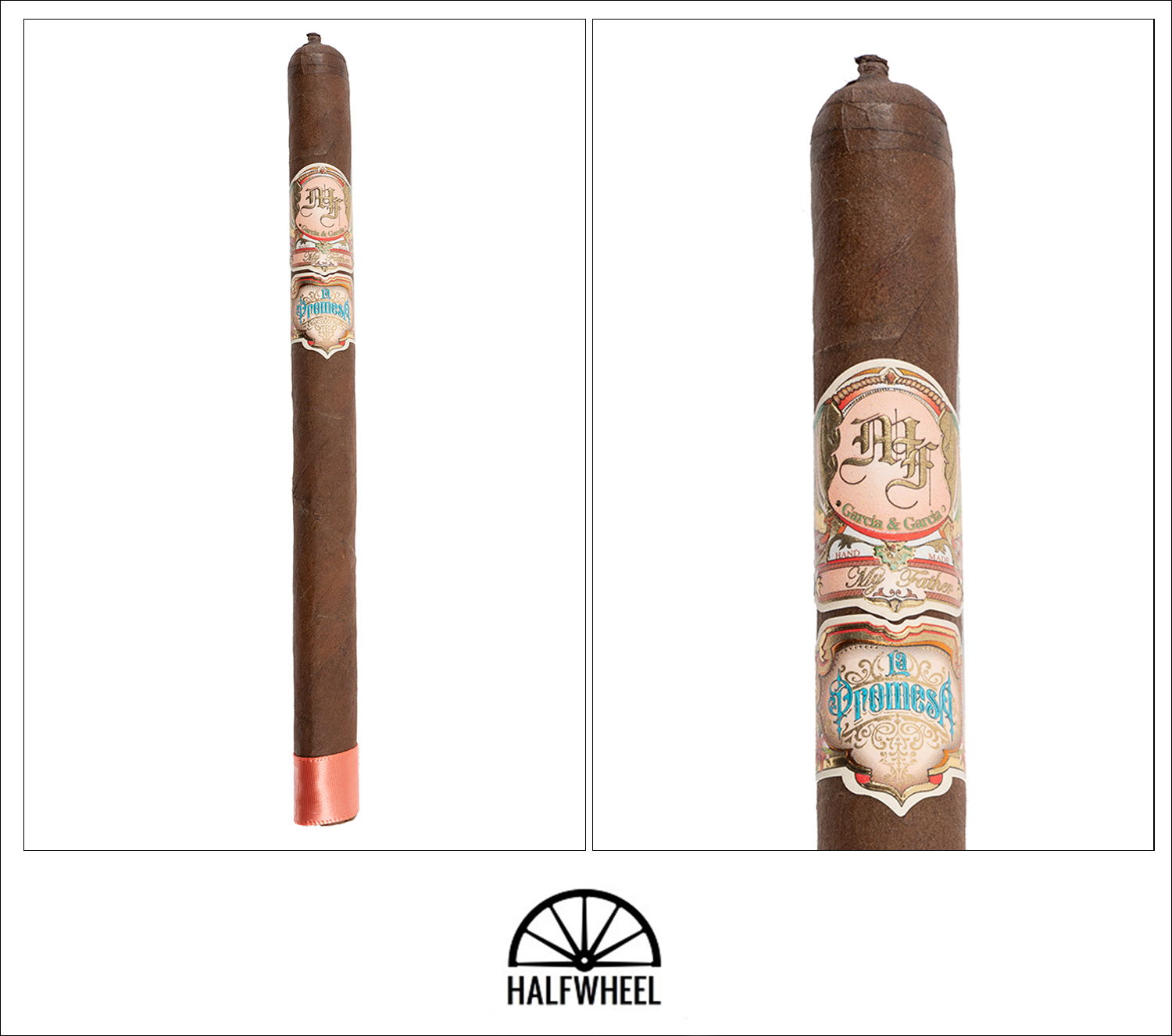 The La Promesa Lancero is definitely lighter in color than the My Father No. 4. While I certainly have noticed a variance in the wrapper shade of the regular My Father over the years, it seems like the No. 4 size is generally pretty consistent. For those wondering, the La Promesa reminds me of the color of a Snickers bar, particularly in the level of glossiness. Aroma from the wrapper has lots of barnyard on top of some dark chocolate, a bit of sweetness and a leather aroma that reminds me of one of the couches that I own, right around medium-full. The foot is both sweeter and stronger with chocolate, barnyard, and pepper, as well as this aroma that reminds me of a lot of Nicaraguan tobaccos of the early 2010s, somewhat chocolatey, but also with pepper and some additional irritation; the combination of all these lands at medium-full. The cold draw has some more of that flavor along with the smell of wet grass; it too is right around medium-full and the airflow is exactly what I would want from a lancero.

The flavor profile begins with nuttiness, some super sweet pink lemonade, sourdough bread and a very restrained amount of red pepper. The first third has creaminess, earthiness and some of that bread flavor, but the creaminess is the most dominant part of the La Promesa Lancero. Retrohales have a more generic bread flavor along with some strawberry sweetness and some pistachios towards the finish. Flavor is medium-full to full, body is medium-plus and strength is medium-plus. Construction is excellent across all three cigars. 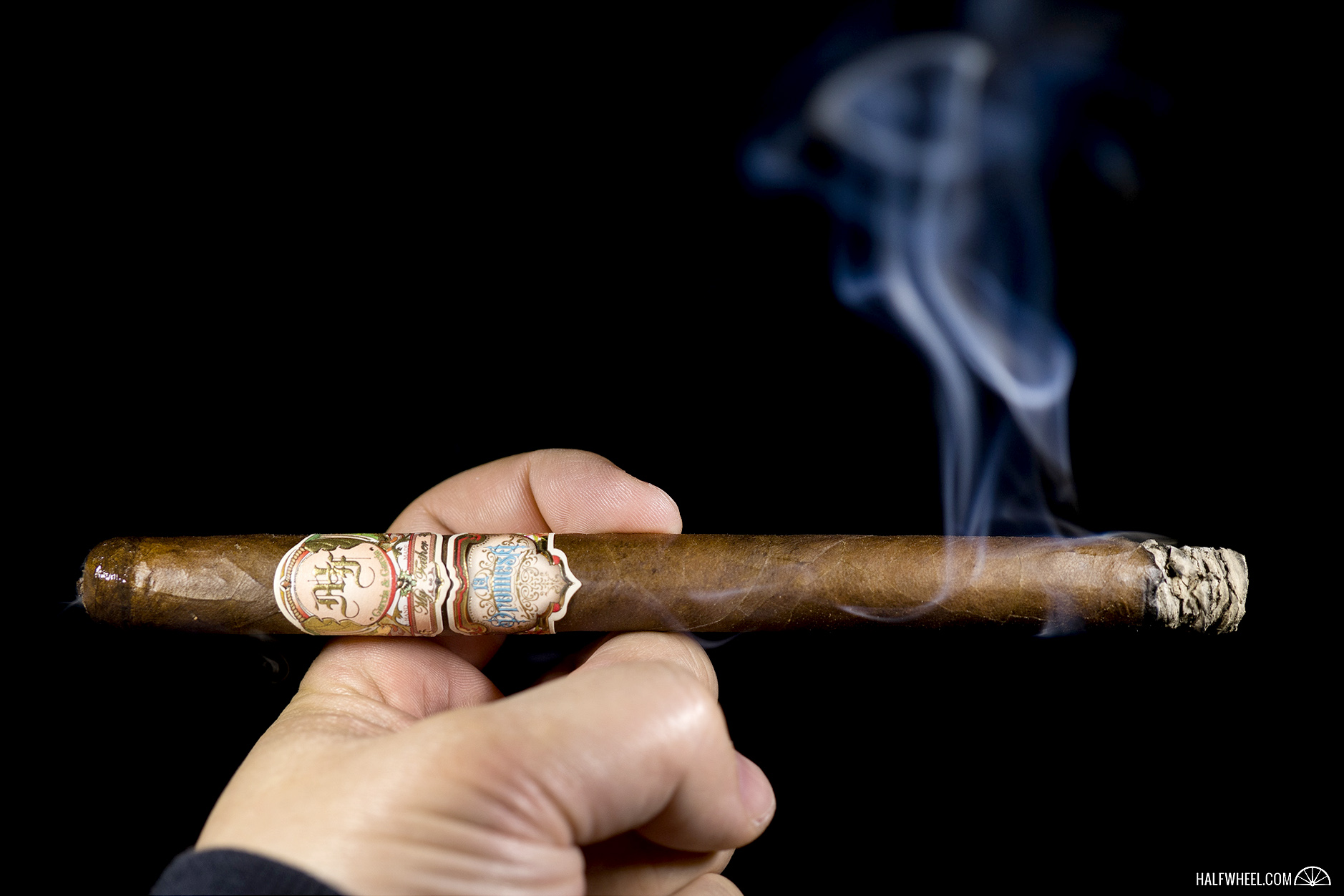 The second third of the My Father La Promesa Lancero has a very watered down hot chocolate flavor over some peanuts. I’m a bit surprised to see both the sourdough bread and creaminess leave the mouth as they were relatively pervasive through the first third. Retrohales have a big sunflower seed flavor over creaminess, lemon, leather, orange bitters and a faint white pepper. While that sounds like a lot of flavors, it’s largely about the sunflower seeds and everything is sort of just one big procession of secondary flavors. The orange bitters do stick around through the finish, which is helpful in cutting through the pistachios. Flavor is medium-full, body is medium-plus and strength is medium. Construction remains very good through the second third, with an excellent draw, burn and smoke production. Bread returns to dominate the final third of the My Father La Promesa Lancero. It’s lost some of the sourdough characteristics that it once had and is now more of a mixture of bread flavors on top of some milder coffee flavors. Retrohales shift from being led by sunflower seeds to being pistachio forward with lots more creaminess, sort of like a vanilla shake. The finish is super creamy with a bit of grass and some nutmeg underneath. Flavor is medium-full while body and strength are medium-plus. The draw tightens just bit, which is fine except that the smoke production trails off quite a bit. I end up making some touch-ups, though I don’t think they would be required, more just preventative care of the cigar. The My Father La Promesa Lancero is the best new lancero I’ve smoked this year, though, it’s also the only new lancero I can recall smoking this year. That aside, I can tell you that I think it’s a worthy addition to the large family of My Father cigars on the market. Compared to the My Father No. 4, the La Promesa has fewer flavors and is oftentimes just dominated by a single one of those flavors. However, while it may be less complex, in many ways it is the more flavorful of those two cigars. Regardless, it’s one of the better lanceros you will find for the $10 or under price point.