Over the years, My Father Cigars, Inc. has released a number of new lines based on either brands or artwork that previously existed—including Flor de las Antillas and The Judge—so it was no surprise when the company announced another addition in that same vein would launch during the 2018 IPCPR Convention & Trade Show.

That line is named La Gran Oferta—which translates into the great offer—and features a blend made up of an Ecuadorian habano rosado wrapper covering Nicaraguan tobaccos in the binder and filler. According to the company, the brand “features stunning artwork created after a very old cigar brand that sold under the same name, around 1913.”

Rolled at the My Father Cigars S.A. factory in Estelí, Nicaragua, La Gran Oferta launched in five different vitolas, all of which are packaged in 20-count boxes: 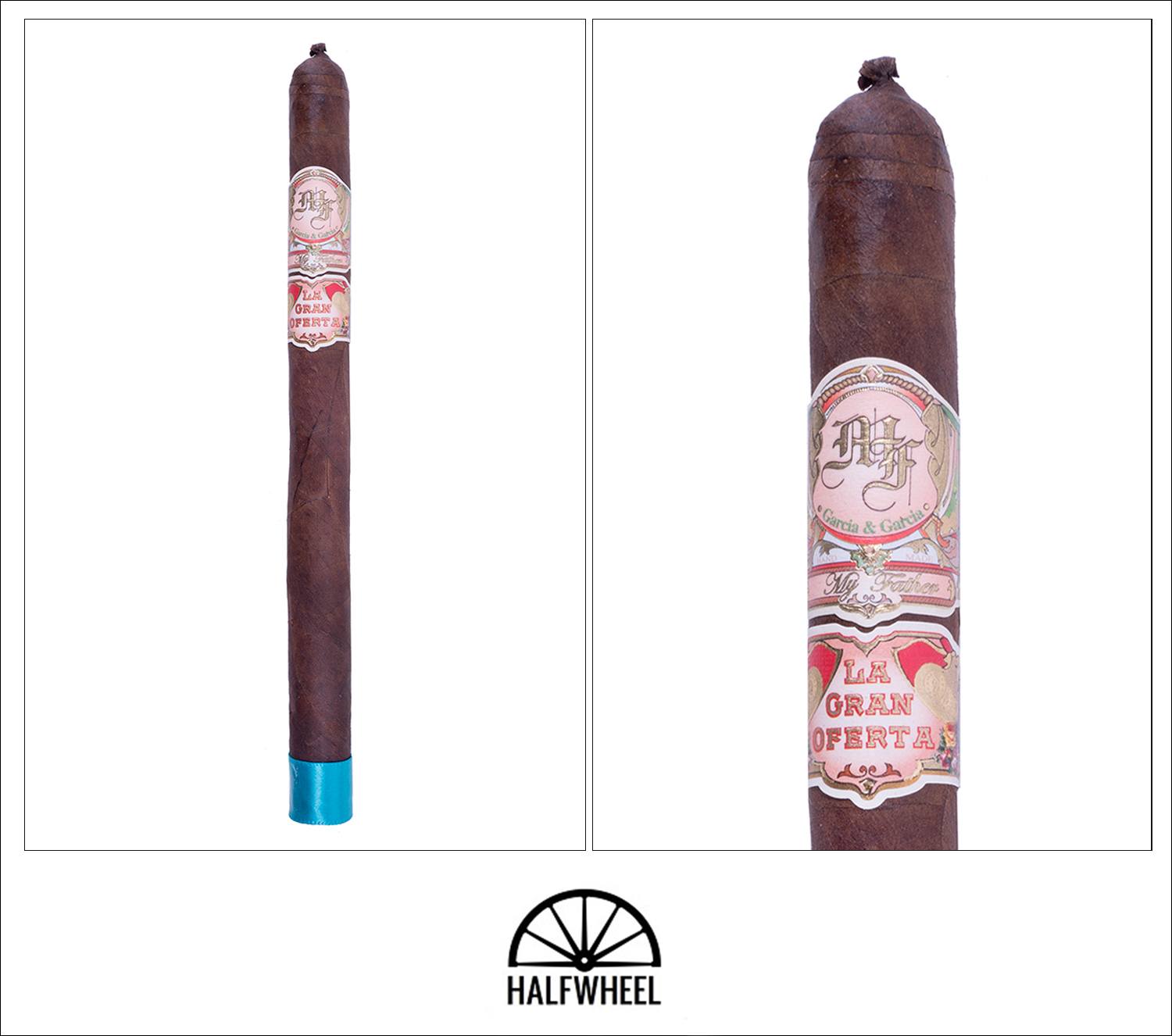 Visually, the My Father La Gran Oferta Lancero is quite striking, featuring a combination of a gorgeous oily dark chocolate wrapper with a reddish tint, a pigtail on top and an aqua blue colored foot band. There is a soft box-press visible—as well as a large soft spot just below the secondary band on the back—and the cigar is very firm when squeezed. Aroma from the wrapper is a combination of barnyard, earth, espresso beans, manure, hay, leather and dark fruit with a little black pepper thrown in, while the cold draw brings flavors of creamy oak, rich dark chocolate, hay, popcorn, black pepper and floral sweetness.

The first thing I notice on the My Father La Gran Oferta Lancero is the combination of both black pepper on the retrohale and spice on my tongue, both of which combine nicely with a dominant dark chocolate note on the palate. Lesser notes of gritty earth, creamy oak, leather, grass and bitter espresso beans flit in and out in various strengths as well, along a slight floral note on the retrohale. There is a small amount of dark fruit sweetness on the finish that seems to be getting stronger as the first third progresses, although it is not yet strong enough to really identify. Construction-wise, smoke production is well above average and the draw is giving me excellent resistance after a simple straight cut, while the burn is as close to perfect as you can get. Although the overall strength is noticeable from the start, it is far from overwhelming, ending up well short of the medium mark by the time the first third ends. 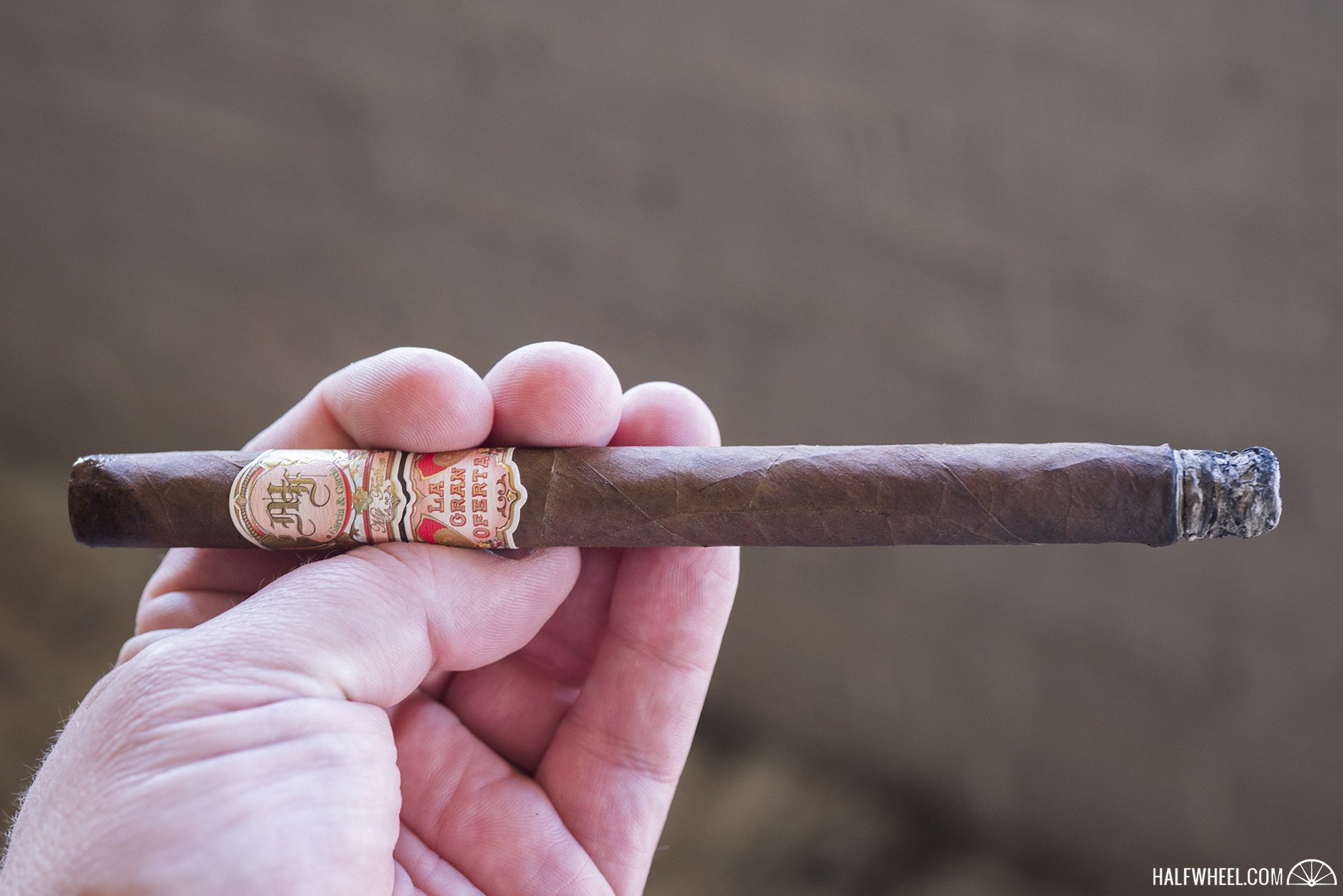 Thankfully, the dark fruity sweetness—which now reminds me of sweet cherries—becomes a more significant part of the profile in the second third of the La Gran Oferta Lancero, joining the still dominant dark chocolate flavor. In addition, other notes of creamy oak, peanut shells, bitter espresso, hay, gritty earth and floral make themselves known on the palate, although none of them even come close to taking over the profile at any point. The black pepper on the retrohale has retained its strenth compared to the first third, while the spice on my tongue is still quite noticeable without being distracting. Both the burn and the draw continue to impress, while the smoke production continues to be higher than normal as well. Strength-wise, the My Father ends the second third firmly in the medium category, although it does seem to be increasing slightly as the final third begins. 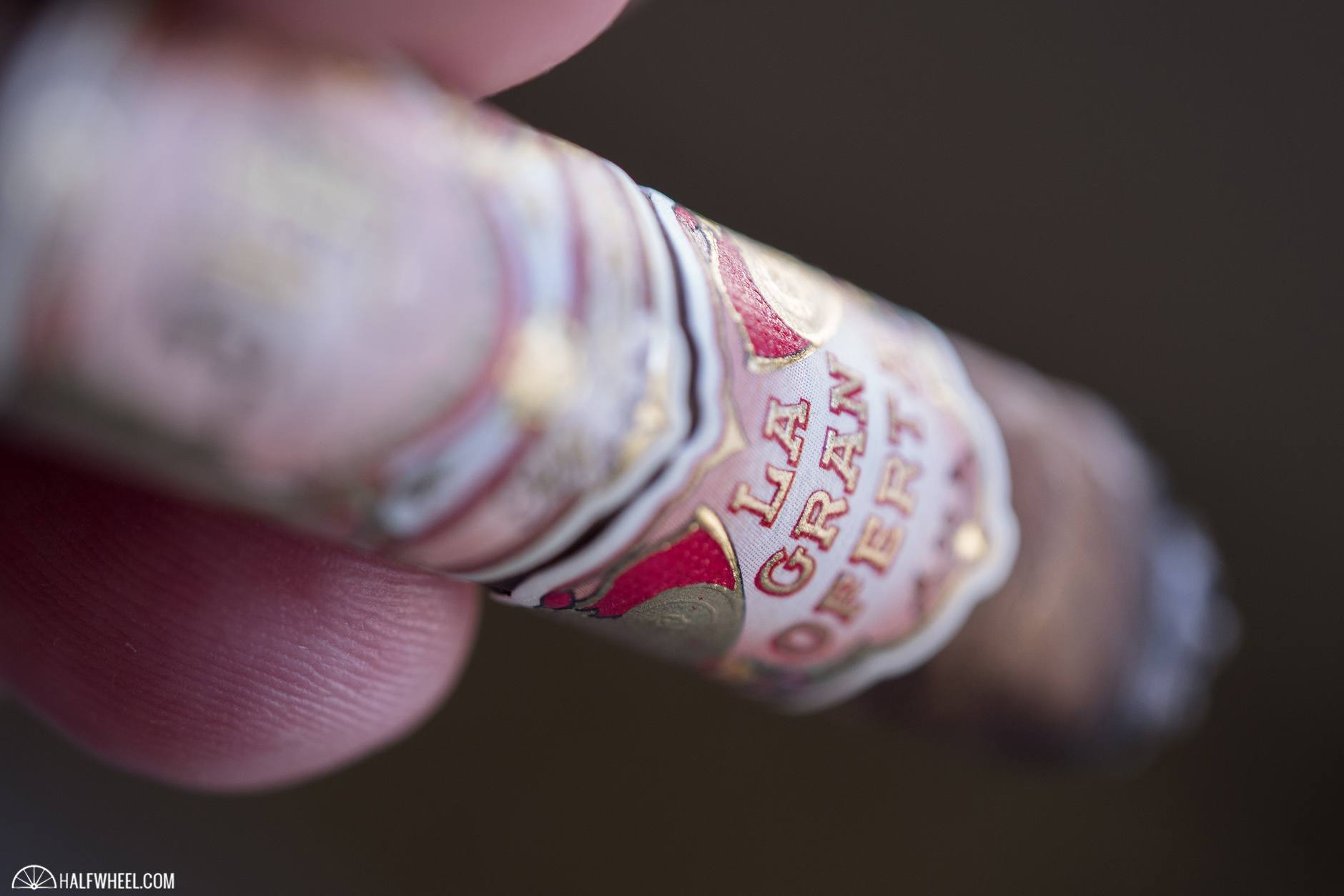 A slight mint note starts to become noticeable on the retrohale around the start of the final third of the My Father La Gran Oferta Lancero, although it only sticks around for seven or so puffs before disappearing for good. The dominant flavor is still the same dark chocolate note, followed by creamy oak, peanut butter, gritty earth, espresso beans, hay and floral. There is a slight decrease in the amount of both the black pepper on the retrohale and the spice on my tongue, but both are still quite prevelant and remain that way until the end of the cigar. The cherry sweetness has decreased a bit as well, although it is still strong enough to have a positive impact on the profile. The draw remains excellent and the burn is still doing quite well, but the strength has not increased as much as I thought it would, ending the cigar just a touch above the medium mark by the time I put the nub down with about an inch to go. 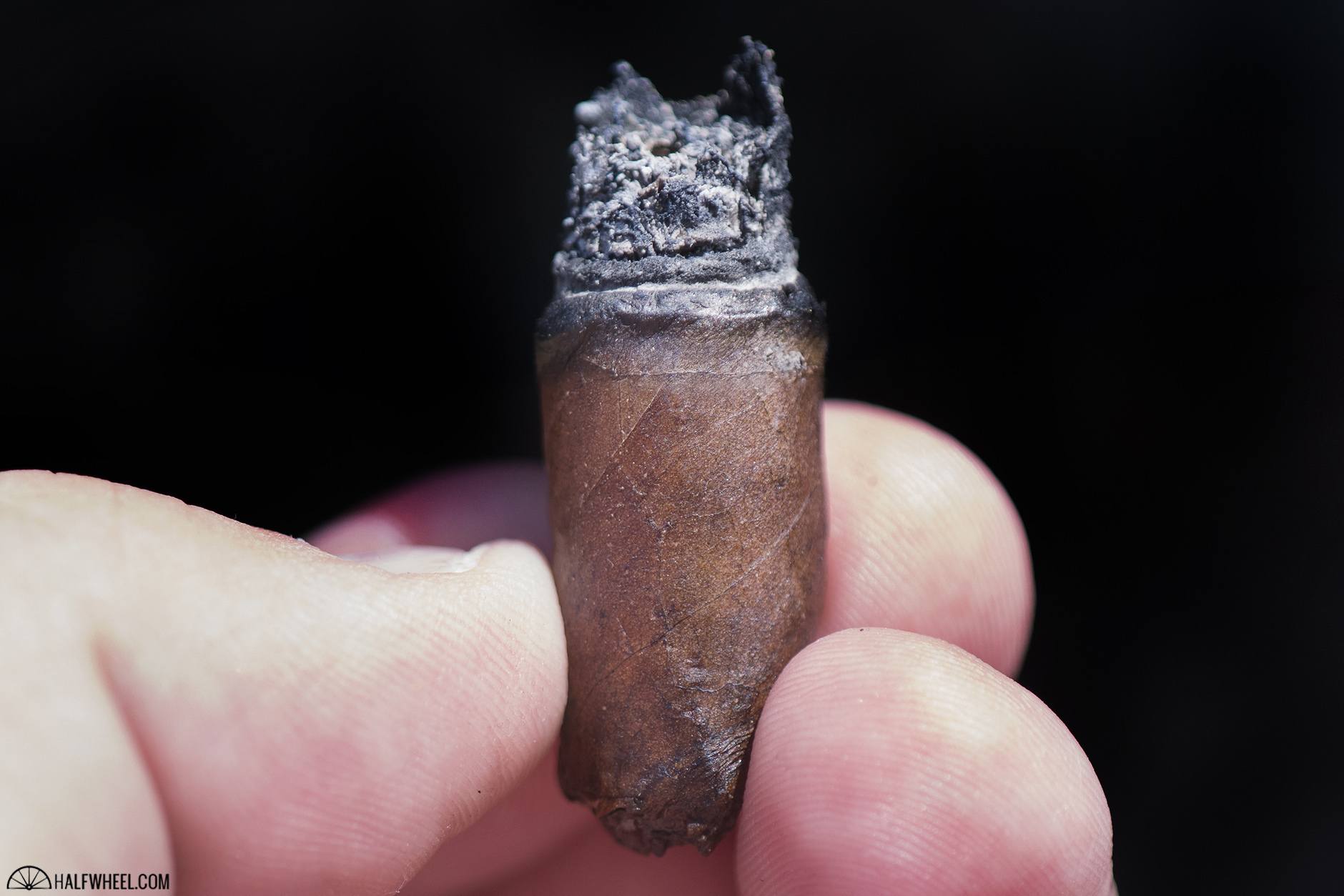 A new full production release from My Father Cigars is always a big deal for me, so I was looking forward to seeing what the La Gran Oferta Lancero brought to the table. What I found was a blend that was smooth and flavorful, with extremely good construction and well-integrated strength that never threatens to go over a point slightly stronger than medium. Having said that, other than a base dark chocolate flavor, a dark cherry sweetness and an ever present black pepper note on the retrohale, the flavors seem to be significantly more subtle compared to most My Father blends, meaning there were times when there was virtually no changes at all. While My Father makes a number of better blends—namely the Le Bijou 1922—the La Gran Oferta certainly has a place in the company's portfolio and I am looking forward to trying the other violas in the line.