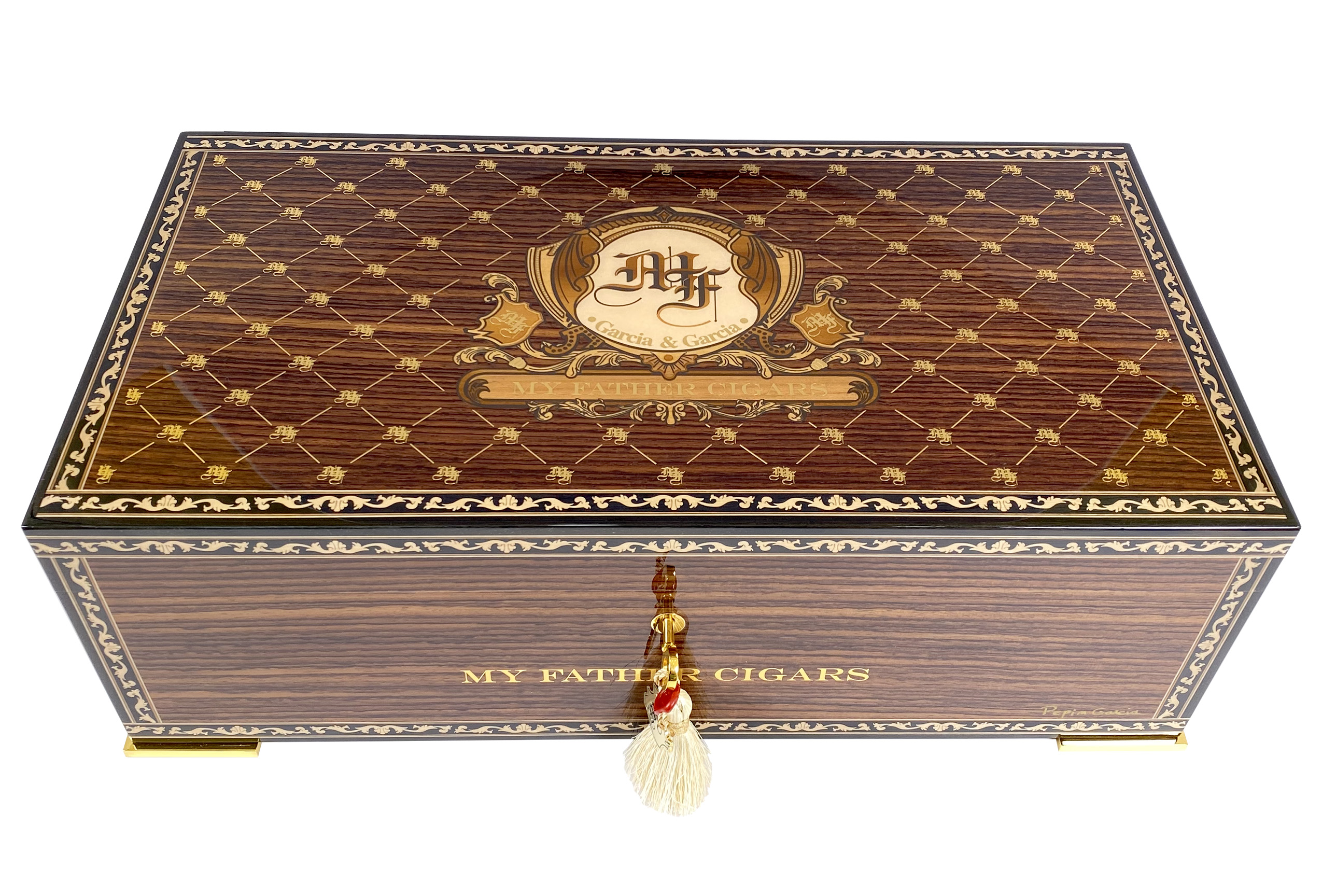 My Father Cigars is celebrating the 70th birthday of company and family patriarch José “Pepín” Garcia with the release of the My Father Humidor Deluxe, a limited edition cigar that comes with a humidor produced by Elie Bleu.

According to social media posts by the company, the cigar is a Nicaraguan puro with all of the tobaccos coming from the company’s farms, highlighted by a corojo 99 wrapper. “This 3/4 to full body cigar is very well balanced and complex,” the company wrote, calling it “a one-of-a-kind blend.” It is offered in a 6 1/2 x 52 toro vitola, a size that has been used for the company’s annual limited edition releases.

In addition to the cigars, the company is celebrating with a limited edition humidor made by Elie Bleu, which marks the first time the two companies have collaborated on a project. The humidor is cedar-lined and can hold up to 95 cigars, and includes a lift-out tray, custom-made humidification system and hygrometer, and lockable lid. The lid design features a high-gloss finish that incorporates the most distinctive and iconic decorative details of the My Father brand. Each set will include a humidor and 100 of the cigars, which will be packaged in their own box so that the purchaser can receive the humidor completely empty and fill it to their preference.

The company is producing 75 individually numbered humidors, though five of them are being held back by the company. That means 70 will be available for consumers to purchase, a number correlated to Garcia’s age this year. His birthday was on October 23.

As for a release date, that has—like many things this year—been affected by the COVID-19 pandemic. The company originally planned to have them released by the end of November, though that has been pushed back. Janny Garcia said that the company is expecting a partial shipment to arrive in mid-December, which would have some on store shelves by the end of the year, though cautioned that came with both hopes and crossed fingers. She was optimistic that all of the humidors and cigars should be released in early 2021 at the latest.

The company is still finalizing pricing and expects to announce that in the near future.

Update (Dec. 15, 2020) — Janny Garcia confirmed to halfwheel that the humidors have not yet arrived in the U.S., which has pushed back the schedule for their release until the middle or end of January 2021.