Later this year, My Father Cigars will be celebrating the 10th anniversary of its Flor de Las Antillas line with a limited edition release that provides a new spin on the blend.

Specifically, the 6 1/2 x 52 toro will use tobacco grown completely by the García family on its farms in Nicaragua. It keeps the same seed varietals, but the wrapper will be a bit darker than the regular production line, while the blend will have a slightly stronger profile on the whole.

The release will be limited to 5,000 boxes of 12 cigars, with that number a nod to 2012, the year the cigar debuted. Each cigar will wear a new primary band as well as a ribbon foot band, and will be packaged in an individual wood coffin. Each box will be individually numbered. 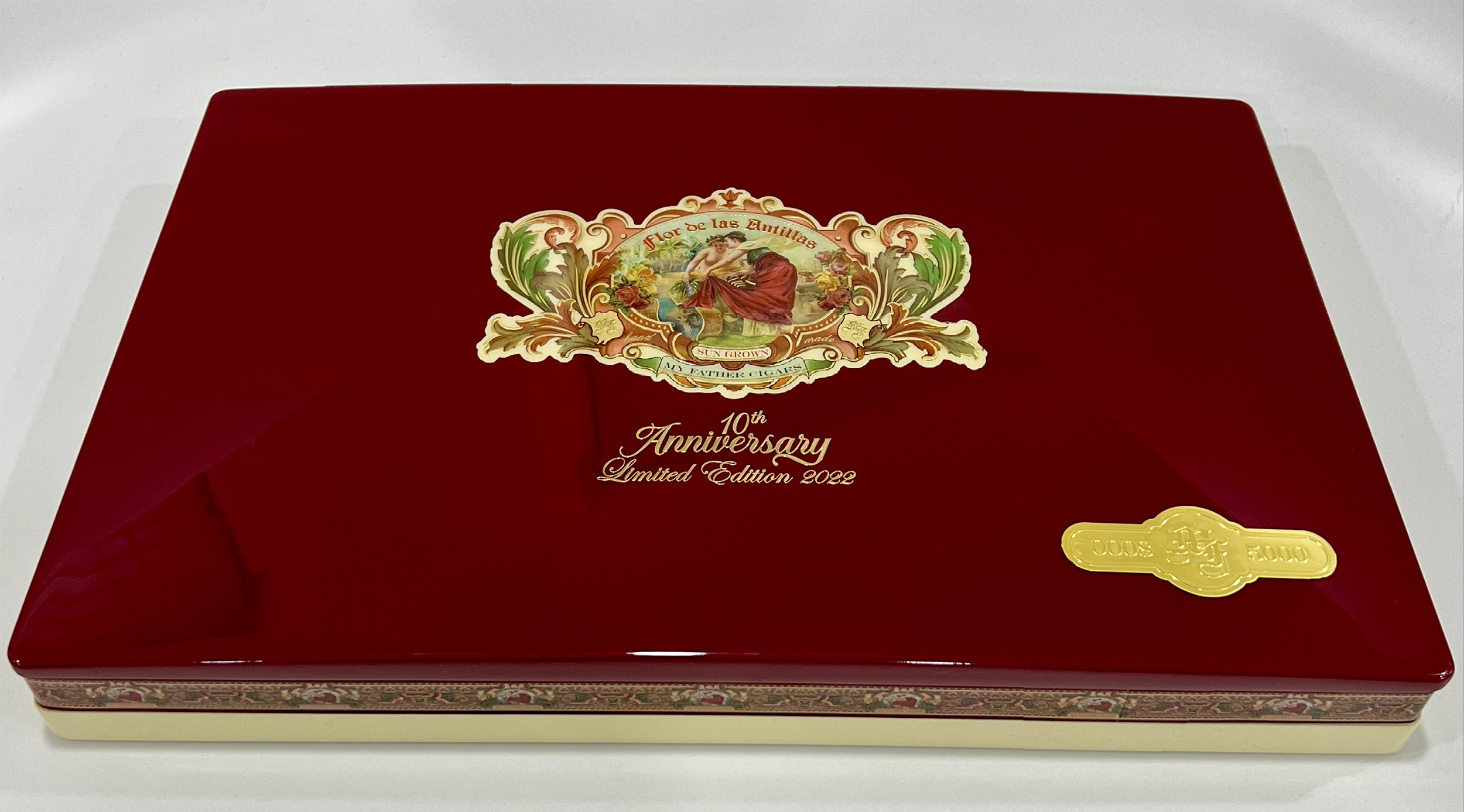 Janny Garcia told halfwheel that the boxes are currently going into production, and while My Father Cigars is planning to show off the cigar at the PCA Convention & Trade Show in July, the company is still finalizing when it will ship to stores, as well as what the pricing will be.