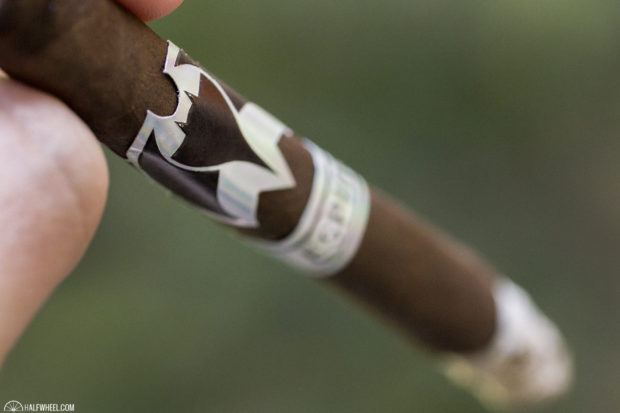 It’s not quite the legend of the Phoenix, but the Murcielago brand could certainly merit some comparisons to the famous bird that rose from the ashes of its predecessor.

The original Murcielago, which is the Spanish word for bat, debuted in 2009 under the EO Brands header, the company co-owned by Erik Espinosa and Eddie Ortega, with the cigar made at My Father Cigars S.A.

Then in 2015, the cigar relaunched, with Espinosa the owner of it and the bat getting a vibrant red presentation and boxes that had a curved cut in the lid, which gave it a distinctive look on store shelves. As for the blend, it was said to be reverse engineered with the help of Amilcar Perez-Castro, who previously worked for My Father Cigars S.A., the factory which originally made Murcielago.

The third version of the Murcielago was announced just ahead of the 2017 IPCPR Convention & Trade Show and began shipping to retailers in October 2017. The company called this latest reimagining a “smart and clean design to usher in a new era” and offered it in three sizes, two of which received a box press:

The blend uses a Mexican wrapper over a Nicaraguan binder and fillers, but more notably is that it comes from one of Abdel J. Fernandez’s factories, San Lotano in Ocotal, Nicaragua, at a time when Fernández was being recruited by a number of companies to rework their blends.

“We were happy with our Murciélago but it was obvious that what the blend needed was aged tobacco that we don’t have,” said Hector Alfonso Sr., director of operations for Espinosa Premium Cigars. “AJ has been making blends for some classic lines and we thought it was a perfect opportunity to get Murciélago just right,” he added. 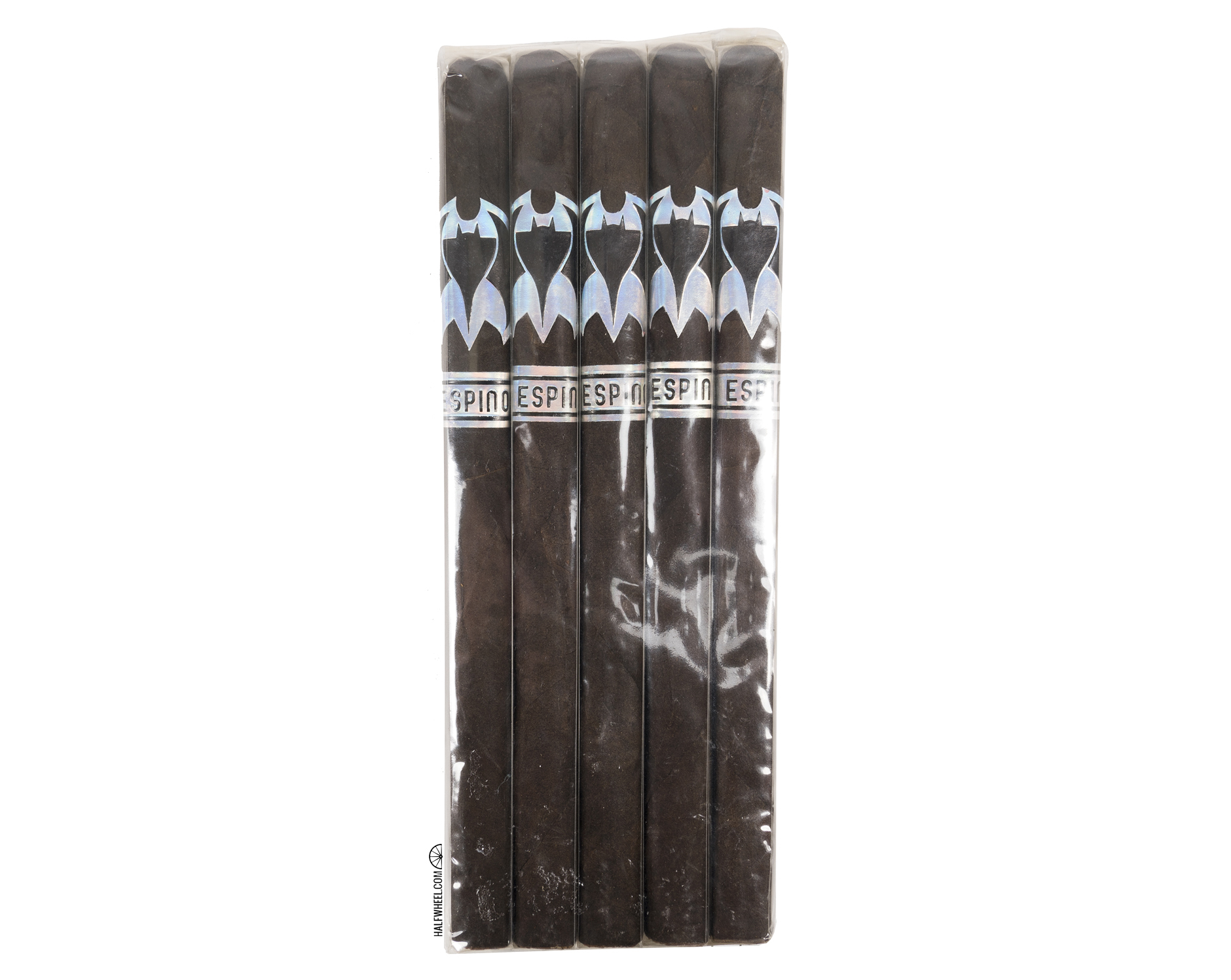 While the three regular production sizes remain the central part of the line, in the fall of 2018 a box-pressed lancero began arriving as an event-only release, though it did find its way onto some retailers’ websites. It measures 7 1/2 inches long with a 37 ring gauge and is also box-pressed, something that is quite rare to see on such a vitola. 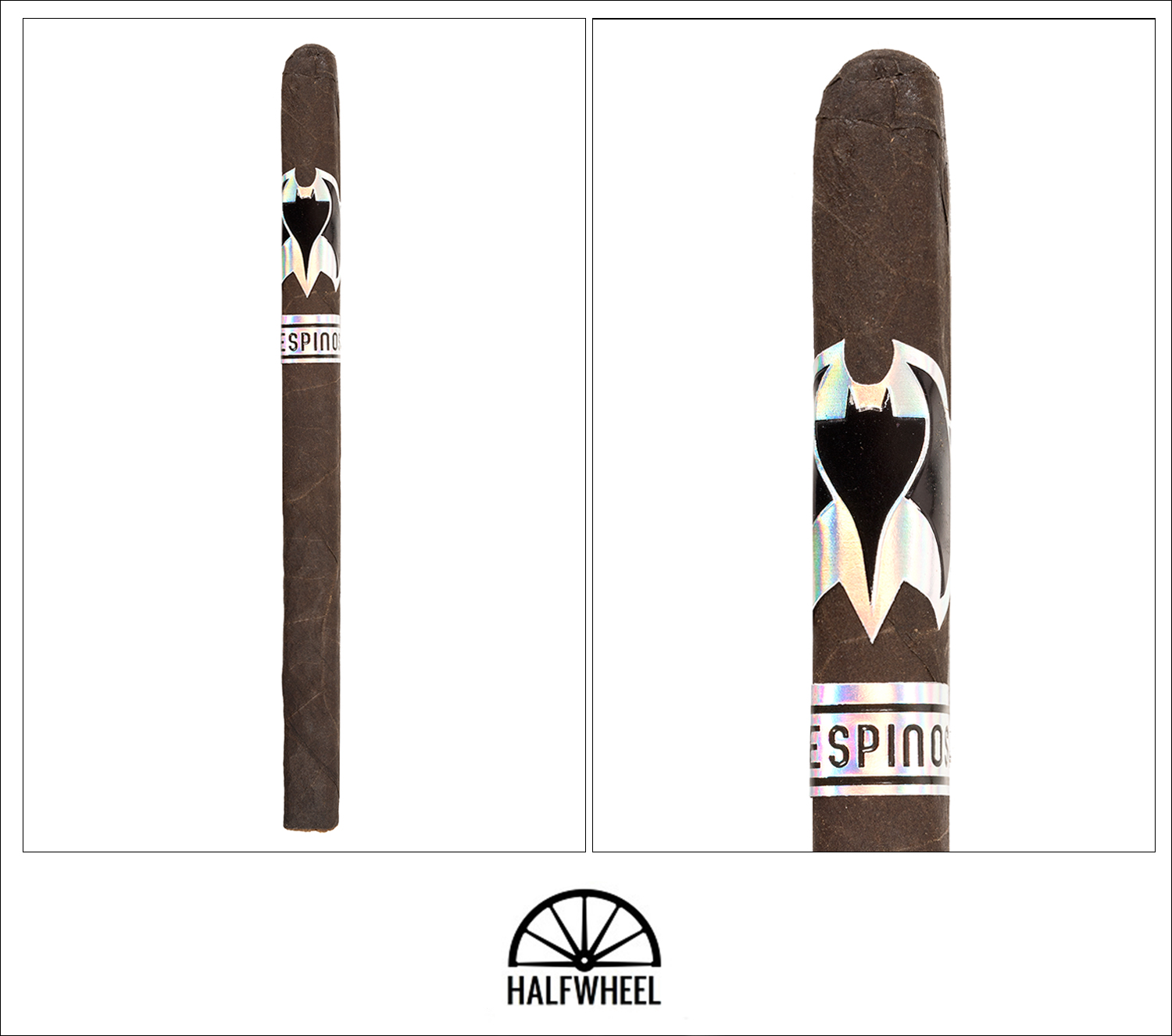 The idea of a box pressed lancero still seems odd to me, though the execution here looks pretty good, with well squared corners and impressive construction. If anything, the only visual imperfections are some of the caps, which look like they were squeezed a bit and thus not laying flat, or even ready to pop off on two of the three cigars. As for the wrapper, it’s a dark, earthy, almost chocolate brown with a dry, fine grit texture and a bit of tooth but not much in the way of prominent veins. Like most box pressed cigars, there’s a familiar give to the cigar that stops me from calling it firm, but it’s far from soft or underfilled, which says quite a bit given the very slender ring gauge. The foot of the cigar is lighter and sweeter than I would have expected; the color of the wrapper had me thinking of earth, chocolate and dark berries, whereas the cigar has lighter notes of apple, a bit of floral and just a touch of pepper. The cold draw has ideal airflow, while the flavor is on the dry, almost robust side if there were simply to be more of it. It has some subtle earth and brick, but not the heavier component of terroir, with occasional encounters from simple syrup sweetness that gets followed up with pepper.

It takes a few puffs but a lip-tingling pepper comes along as the first distinct flavor of the Murcielago Lancero, with a more traditional black pepper tingle for the nose on an early retrohale. There’s a bit of sour earth in one sample, which has me reaching for some water while the flavor tries to correct itself back to that note of brick I picked up before lighting. The ash doesn’t hold on terribly well, which doesn’t surprise me given the vitola, so it’s after two small clumps fall off that the cigar gets a bit fuller and more well-rounded, albeit it means the pepper that hits the tongue gets a touch more aggressive as well. I can’t quite pin down the flavor I’m getting about midway through this third, other than to say it’s dry, has me thinking of red clay and is sitting squarely in the middle of my tongue lingering as if it has nowhere else to be. Other than the issues with the ash, the cigar burns quite well, with the draw just slightly loose and creating plenty of airflow for smoke, while the burn line stays even and problem-free. 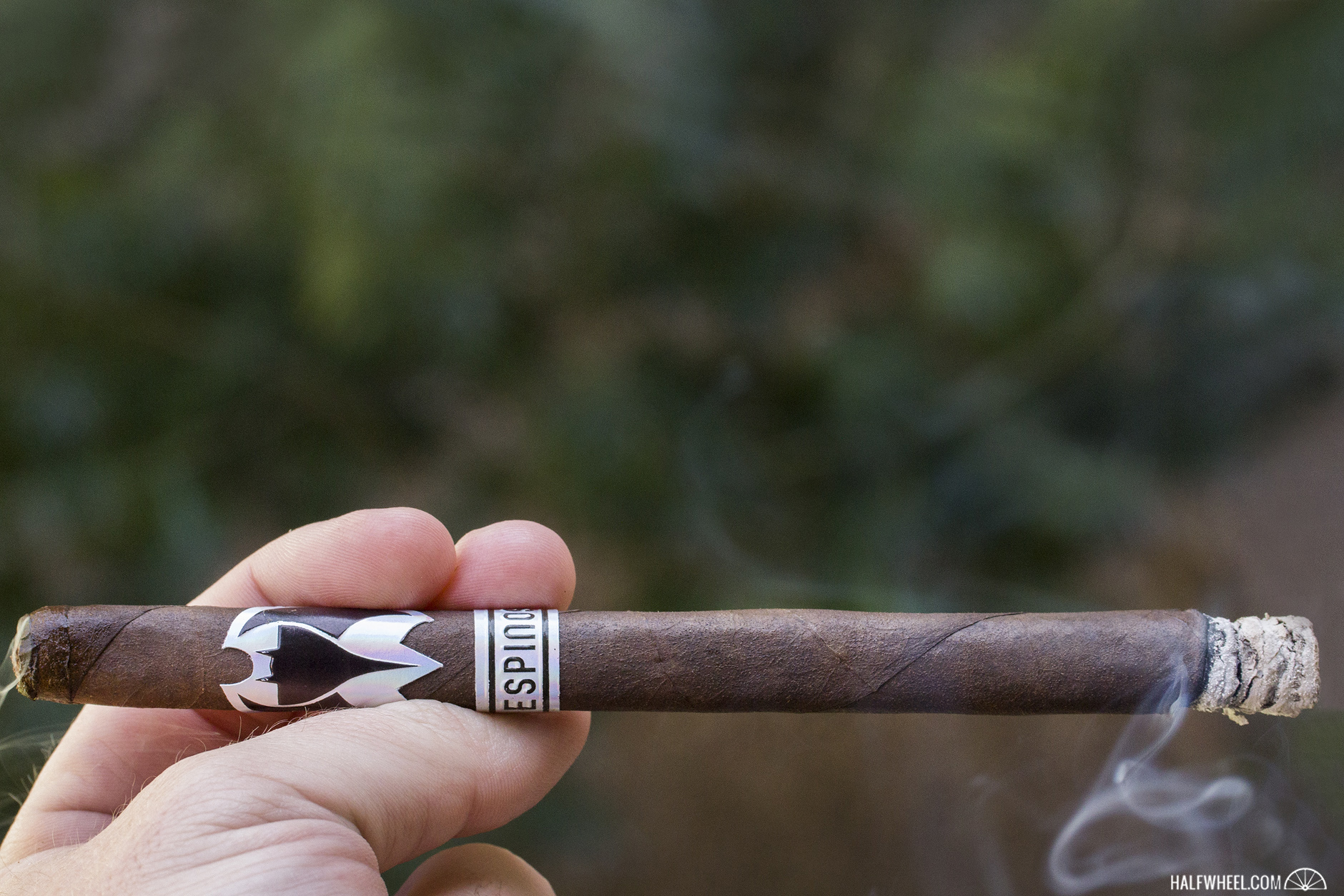 There’s been a bit of a rocky undertone emerging, and in the second third it finally steps forward to become a significant contributor to the profile. One thing I find missing is sweetness, which for the most part hasn’t been part of the cigar at all, and maybe I’m searching for it but I start getting just a touch on the finish, though this it is still far from being an accurate descriptor. I also can’t say there was anything about the blend that would lead me to think sweetness would be a significant component, but still, its absence is striking at points. Dry earthiness continues to evolve into the dominant flavor as the burn line crosses the midway point, and while it really works the tongue, it’s not harsh on the rest of the mouth. Retrohales are also peppery, but I get twinges of red chili pepper flakes here, something that doesn’t translate to my taste buds at all. It’s shortly into the second third that the cigar takes its next step forward, which comes by way of a more metallic taste that elicits a quick cough when first encountered. There’s also more strength coming through from the cigar, as I can feel some effects below the neck setting in. While loose ash is still a problem, the cigar burns beautifully otherwise. 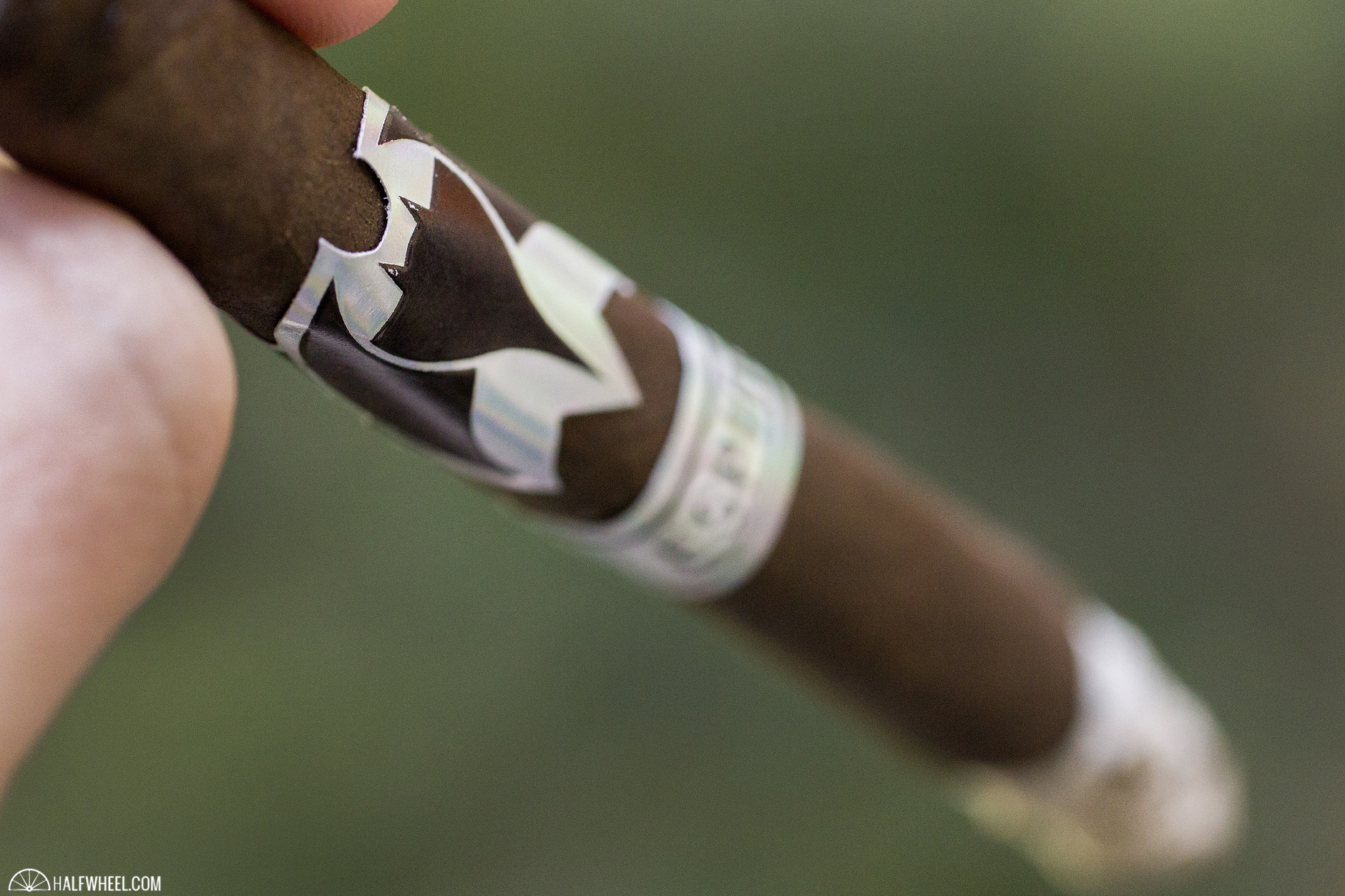 The final third of two of the three samples start with a bit of chalk and a very slight metallic twinge, nothing horrible but enough to mask any more traditional and enjoyable flavors which the cigar might contain, something that seems to have become a trend in the cigar since its start. The third sample doesn’t pick up as much of those leading notes, instead focusing on the dry earth and black pepper. By the time the burn line is where the bands would be, the flavors are at their most intense—not such a good thing in the first and second samples while the third is much better if drying on the palate—and I’m wondering what the Murcielago Lancero might be able to salvage in the rougher samples. For the two that were on the rougher side, the answer is, unfortunately, no, while the third does a much more commendable job in finishing well. Construction is quite good down to the end as well, with no need for touch-ups or any other issues. 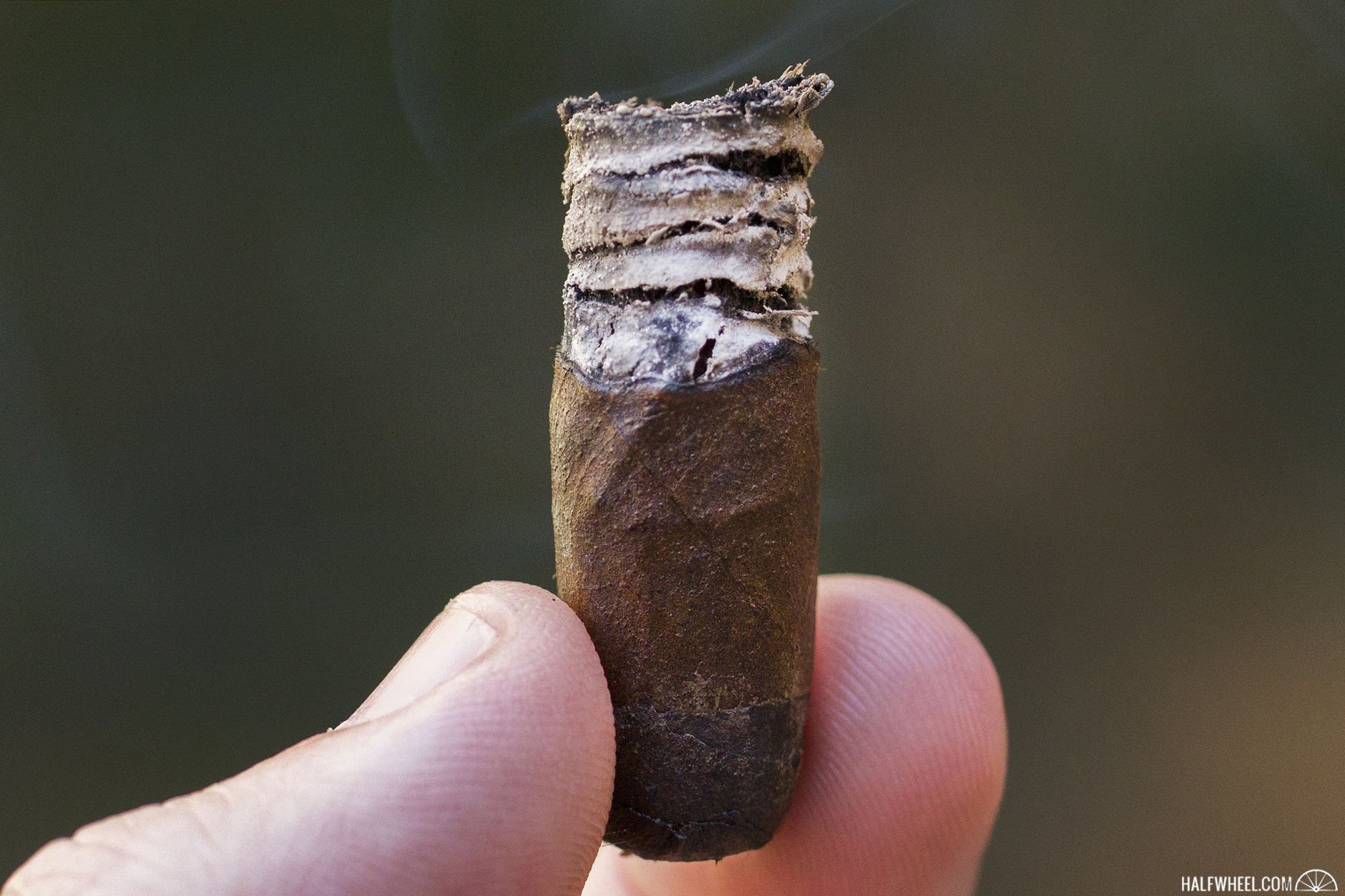 I’m not afraid to admit that there was definitely a time in my life where I thought every cigar tasted best in a lancero vitola; it is a position I have since abandoned in favor of one that acknowledges that every cigar tends to have a size or two that I find to be preferable, and sometimes that is something on the thicker end of the spectrum. The Murcielago Lancero reminds me of that position, as while there are some good spots, the majority of the time I spent with the three samples had me searching for the flavor profile that this cigar is capable of offering in its other sizes. I’m not fond about calling cigars one-dimensional, but that is one of the key takeaways I’m left with, as this vitola puts the robust earthiness in the spotlight too much for my liking, something that comes at the expense of complexity and flavor progression, which means it comes at the expense of enjoyment. The best of the three samples shows there is some promise in this size and makes it at least worthy of a try, but put the four sizes of the Murcielago line in front of me, and I’m almost certain this isn’t the one I pick up first.