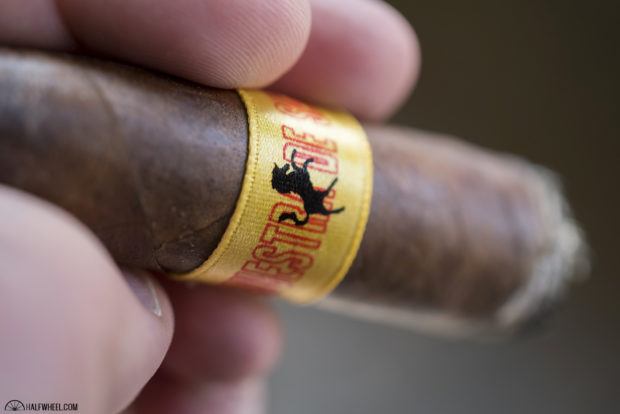 OIn the cigar world, an ultra expensive or extremely hard to find cigar is often referred to as a unicorn, after the mythical horned horse.

Steve Saka—founder of Dunbarton Tobacco & Trust— took the name to heart when he used it for his latest project he dubbed the Muestra de Saka Unicorn, a 6 1/4 x 60 double perfecto that comes with a retail price of $100 each. The cigar was created after he asked himself what would happen if he did “everything physically possible to spend as much money and effort as is humanly possible” to produce an “ultra-premium” limited edition release. In fact, the molds for the Unicorns were hand cut by Saka, who said he had to purchase the lathe and other tools in order to carve the prototype out of hardwood for the 24 custom molds. 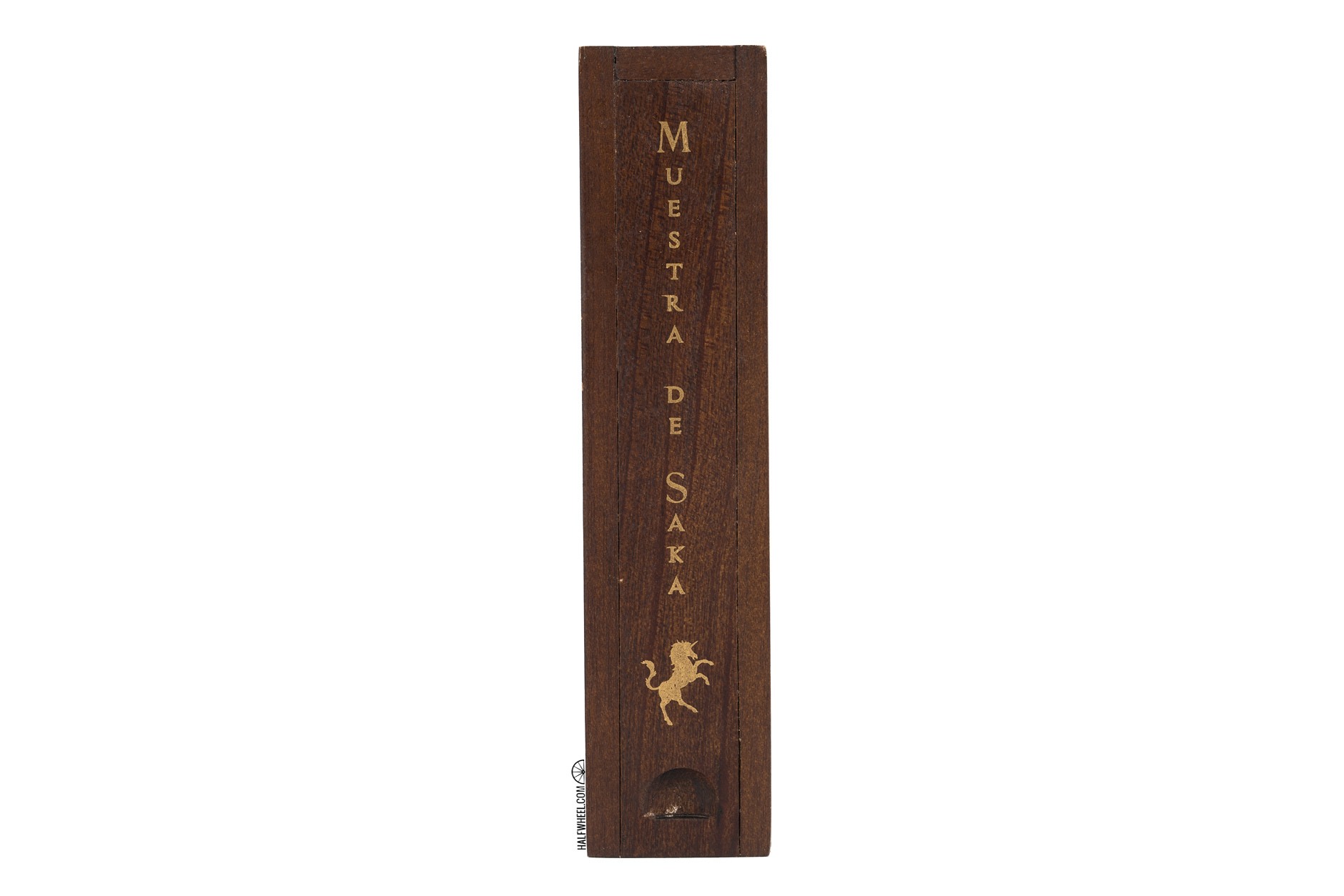 “No idea if I am just going to smoke them all or sell a few,” Saka wrote on a post on his Facebook page. “The cost per cigar on these is beyond stupid, but I feel satisfied in having created something worthy of the name Unicorn.”

In terms of the blend, Saka wrote that he sorted through 6,000 pounds of broadleaf wrapper and Nicaraguan filler tobacco, eventually selecting “about 1 percent”  to create the double perfectos, each of which is packaged in its own wooden coffin. In addition, all 1,000 cigars were all rolled by a single pair at the Joya de Nicaragua factory in Estelí, Nicaragua, although only 958 of the cigar were offered to the company’s Select Purveyors, since Saka said he smoked some before they shipped. 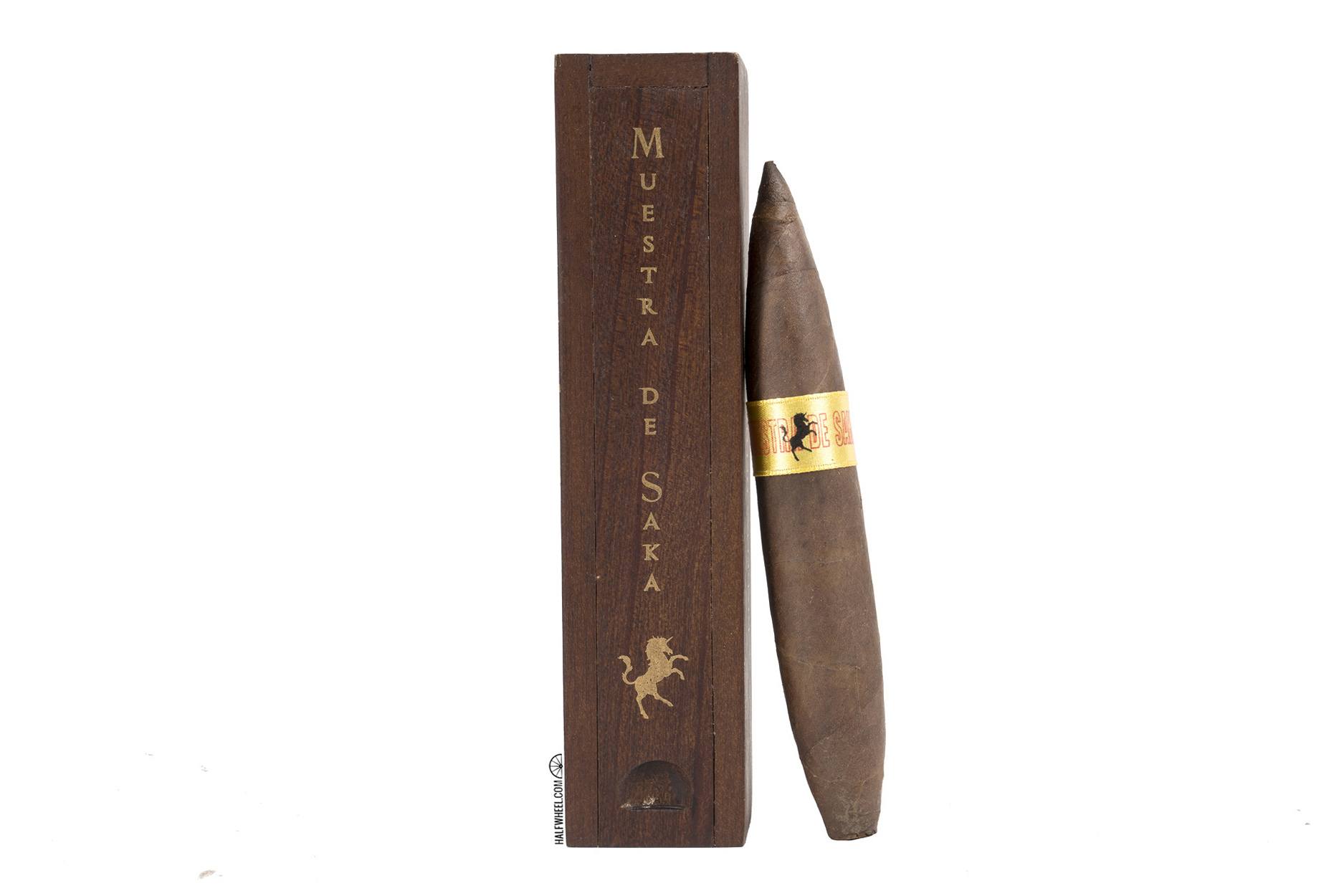 There are now three different releases in the Muestra de Saka line, which is made up of a collection of various blends and vitolas for those who want to “catch a glimpse into the cigarmaker’s soul within their smoke.” All three have been packaged in coffins, though the Unicorn is the first one not to come in a box of seven. 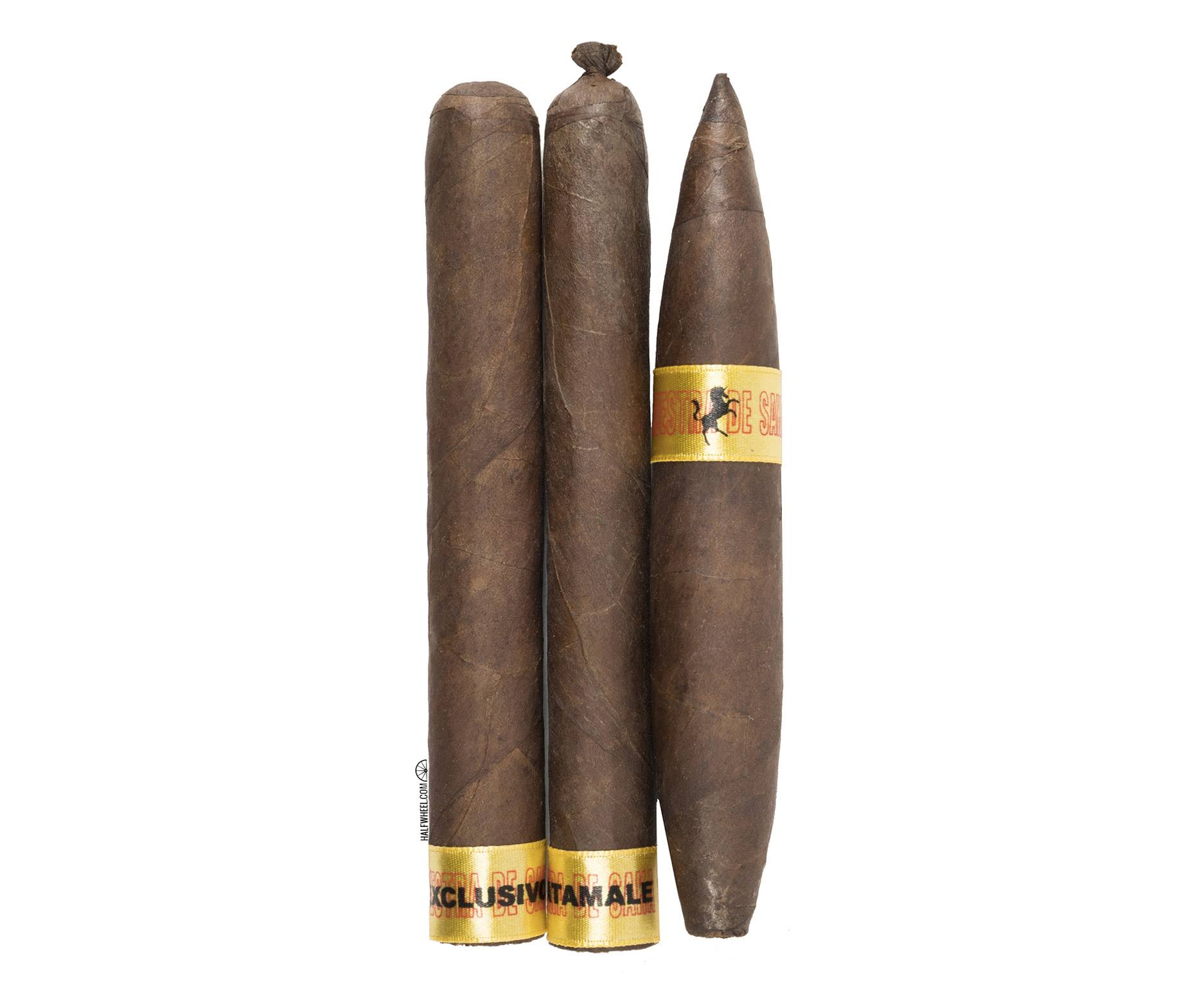 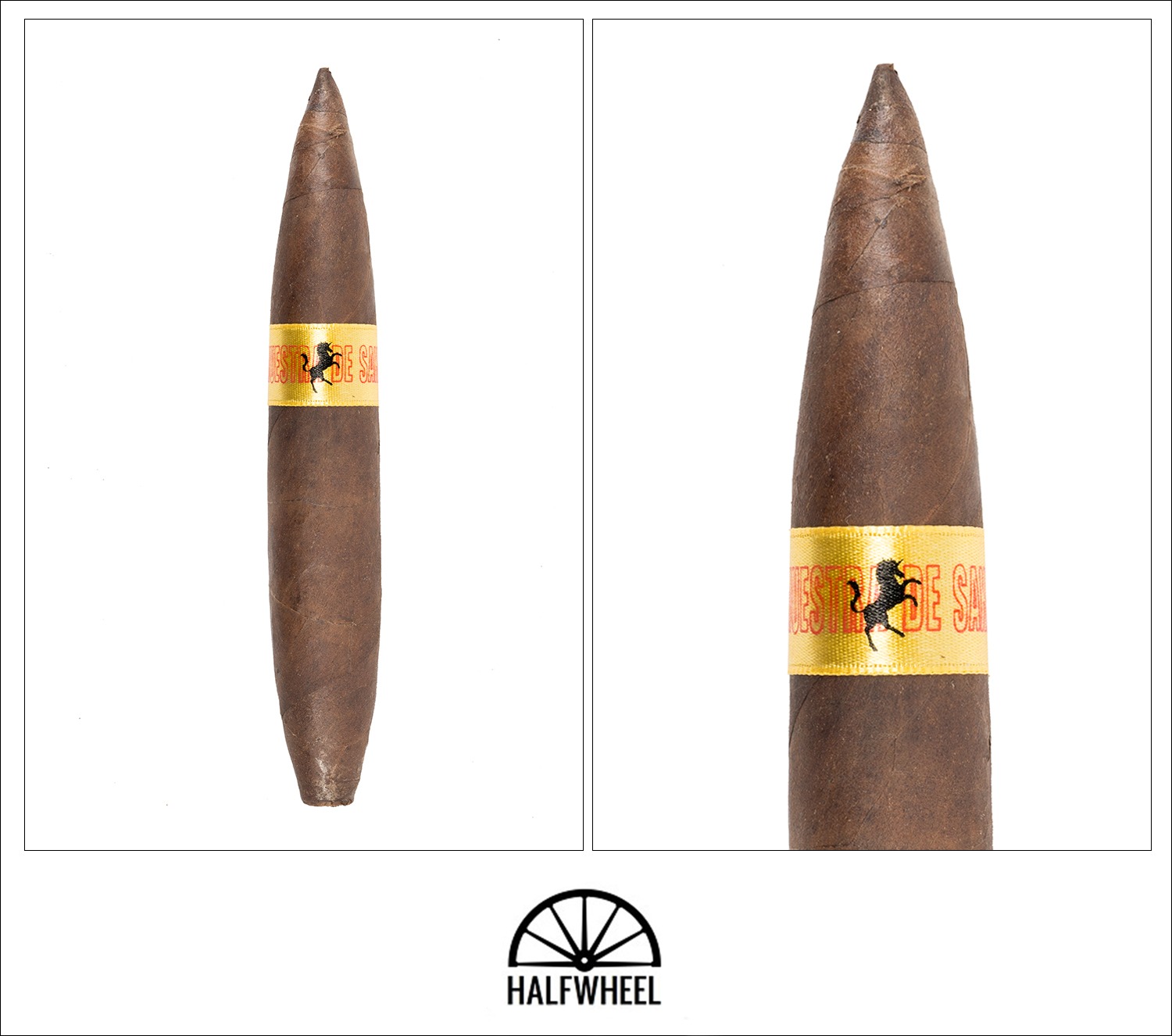 Visually, the Muestra de Saka Unicorn is really a gorgeous specimen, with a deep brown wrapper that is silky smooth to the touch and some very obvious oil. The cigar is a bit firm when squeezed and there are a number of veins present, along with a soft spot just under the label. Aroma from the wrapper is a combination of earth, sweet oak, pistachios, manure and leather, while the cold draw brings flavors of hay, creamy oak, leather, vanilla sweetness, baker’s spices and some significant black pepper.

The Muestra de Saka Unicorn starts off with a combination of earth and pistachios pulled over from the cold draw, followed closely behind by notes of creamy leather, espresso beans, barnyard, baker’s spices, hay and sawdust. There is a small amount of caramel sweetness and black pepper on the retrohale, but both of those are fairly thin in the profile so far. The draw has an excellent amount of resistance on the draw after a Dickman cut, and while the burn is a bit wavy, it is nowhere close to needing to be corrected at this point. In addition, the smoke production is copious off of the foot and the strength hits a point close to medium by the time the first third comes to an end. 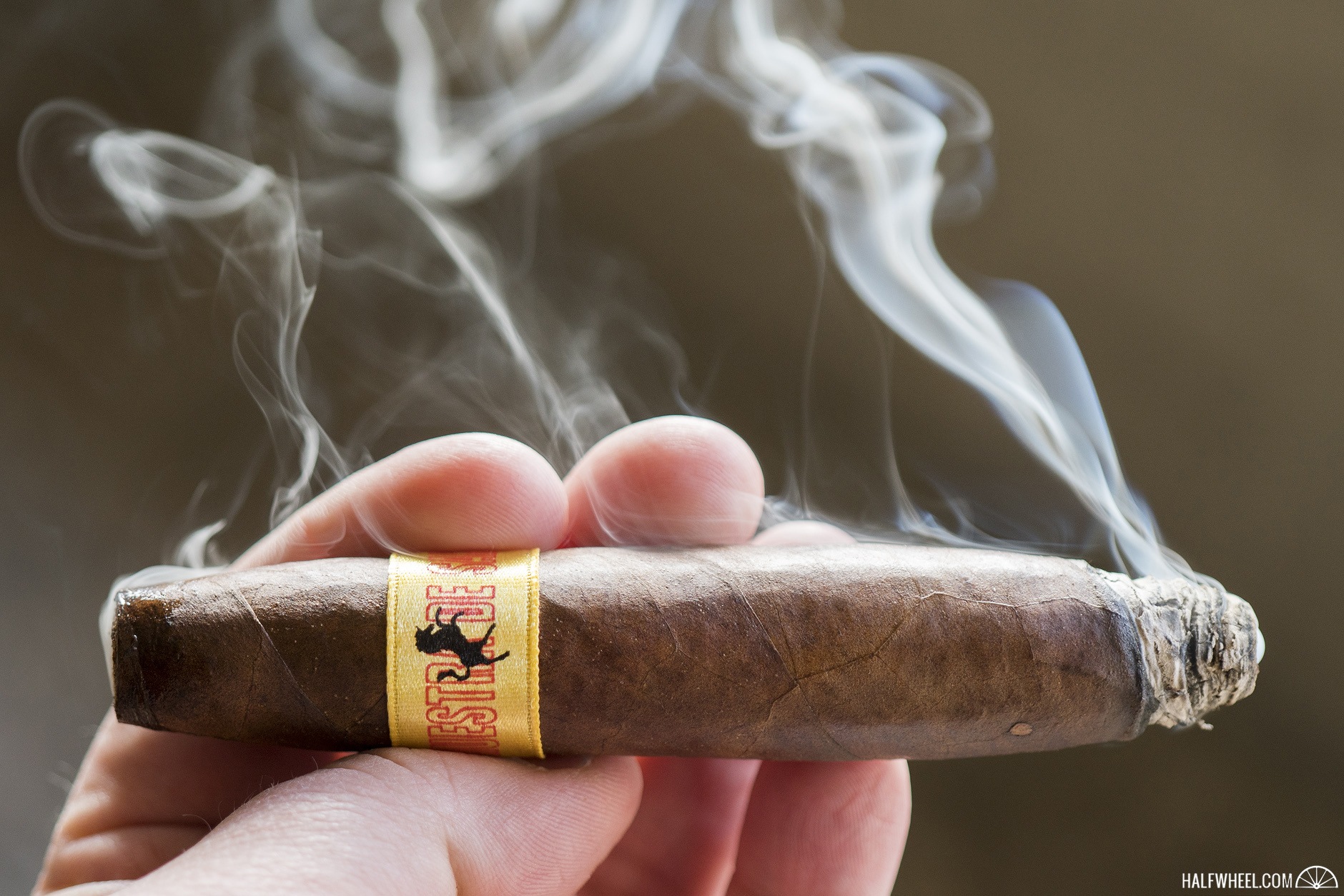 While the earth and pistachios both retain the dominant spot in the profile during the second third of the Muestra de Saka Unicorn, there are a few new flavors that come to the forefront: bread, grass, cocoa powder, butter, espresso beans and a slight hint of floral. The caramel sweetness from the first third is still very much present but does seem to be losing its distinctness as the second third comes to a close, while the amount of black pepper on the retrohale is virtually unchanged. Construction-wise, the draw continues to impress, but the burn has gotten a bit out of control, forcing me to touch it up a couple of times to avoid it getting out of control. The smoke production is still quite high. The strength has increased a bit, it seems to stall out just north of the medium mark by the end of the second third. 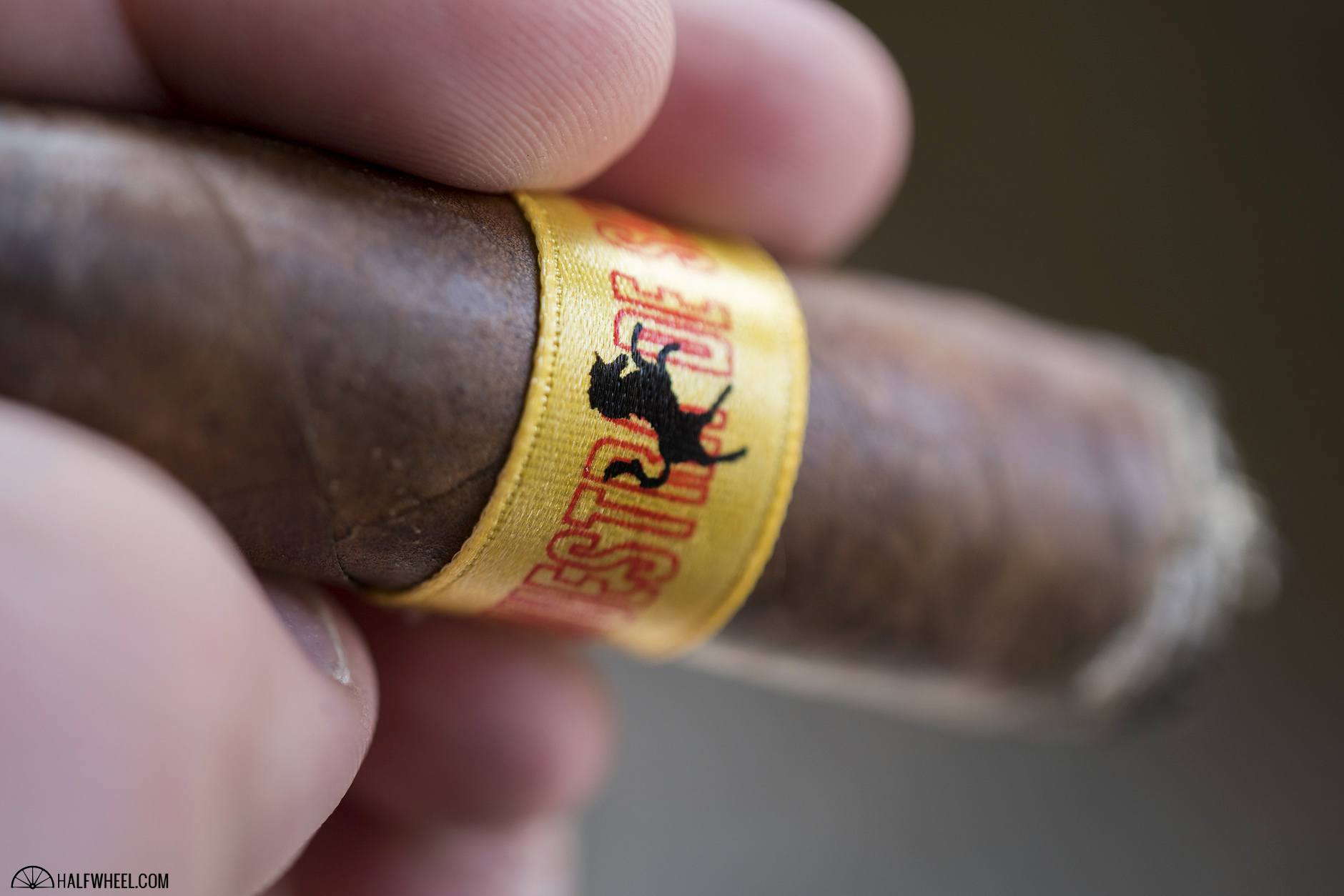 Unfortunately, the profile of the Muestra de Saka Unicorn becomes a bit muddled in the final third, with the flavors losing their distinctness. In fact, while I can still taste notes of earth, pistachios, espresso beans, hay, cream, oak and dark chocolate, there is not one flavor that dominates the rest. Both the caramel sweetness and black pepper are still obvious in the profile, but in much lesser amounts, with the sweetness, in particular, taking a major hit. Finally, the burn is bad enough that it forces me to correct it again, although the draw is as excellent as the first two thirds. The overall strength remains ends at a point slightly north of the medium mark just as I put the nub down with a bit more than an inch to go. 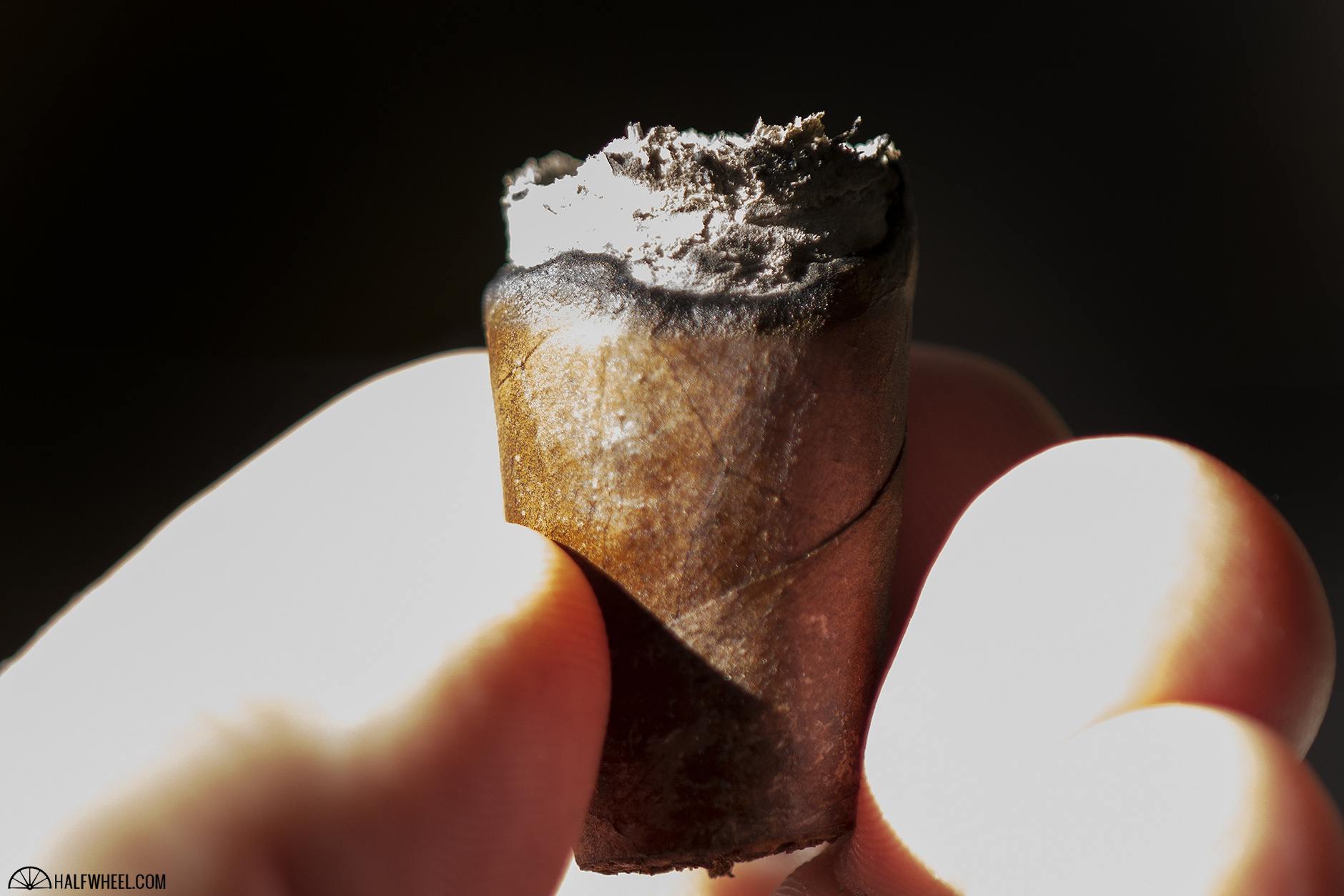 Let’s get one thing out of the way up front: there are very few cigars I would say are “worth” $100 to pay for—the Oliva Serie V Culebra and Cuban Dunhills are two that come to mind immediately—and after smoking three samples, the Muestra de Saka Unicorn is not one of them. While the profile is fairly linear, the flavors and strength that are present are extremely well-balanced making for a very enjoyable cigar overall. It is obvious that a lot of care and quality materials went into creating it—in terms of tobacco, presentation and construction—but most people who are expecting a life-changing experience commensurate with the retail price will probably be left wanting a bit more.