When are you going to make a Liga Privada?

I’ve never been asked that question, but Steve Saka inevitably has. Saka, the former ceo of Drew Estate, is most associated with the flagship line from Drew Estate and as he visits with customers around the country, he tells me he is routinely asked about Liga Privada. It’s gone so far that he refuses to smoke any new Liga Privada, that way when he is inevitably asked about what he thinks of them, he can reply saying he has no clue.

While it’s not a new Liga, Saka does have something that seems quite similar. It’s called Muestra de Saka, sample of Saka, a new line of cigars packaged in coffins and then boxes of seven.

Muestras are hoarded and coveted by not only their makers, but by the cigar smokers who seek to catch a glimpse into the cigarmaker’s soul within their smoke. Muestra de Saka is just that. A line of unique blends and vitolas made in extremely limited quantities that reflect the blending machinations of myself. To smoke a Muestra de Saka is to embark upon a journey with me in which I greatly welcome your companionship. 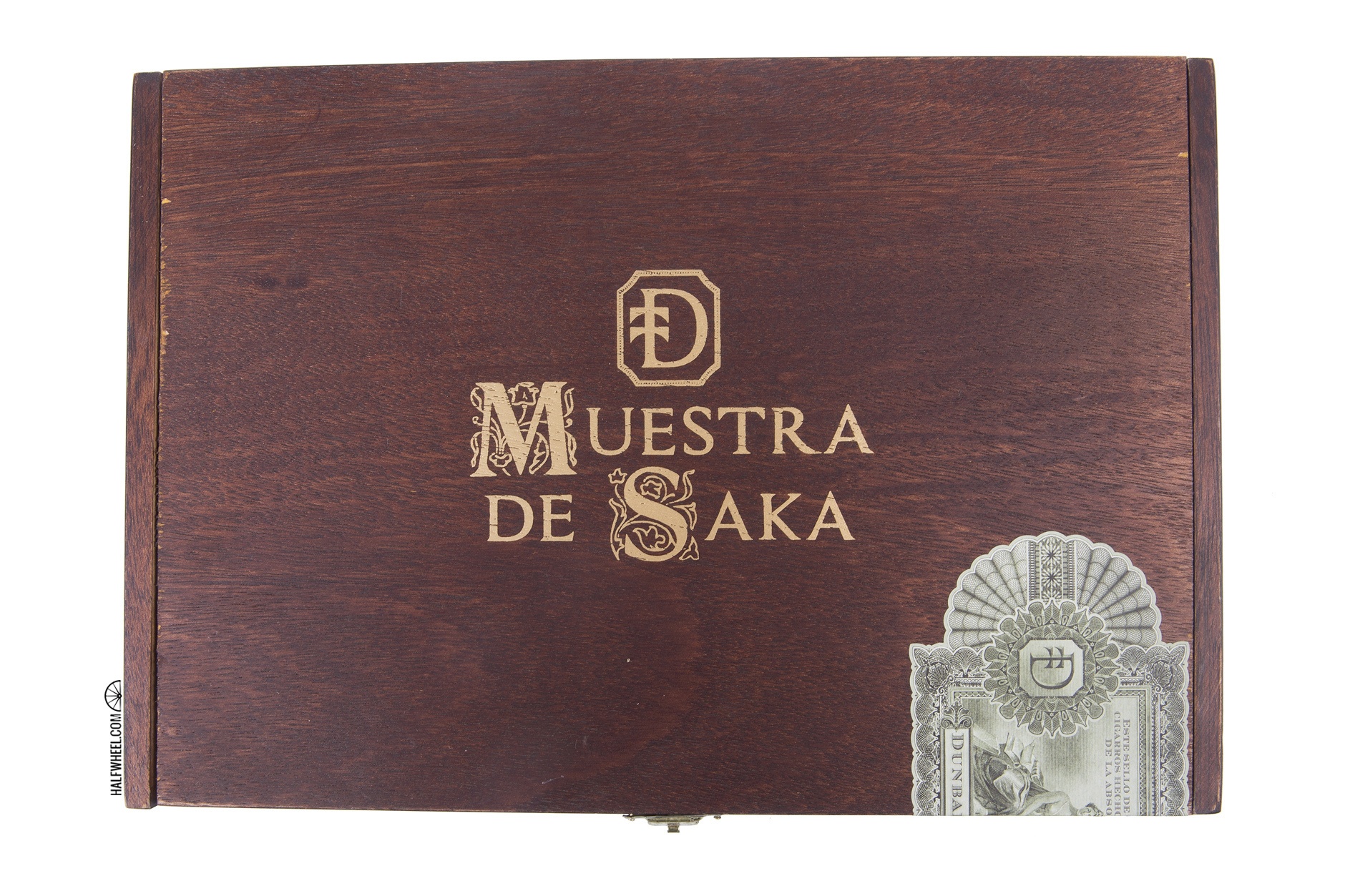 There are said to be at least seven vitolas for the Muestra de Saka line, at least by what’s been seen online, though Saka has not confirmed them and a retailer who posted that image only lists the Exclusivo as being for sale. Exclusivo is the first one to be formally released and it seems clear that they are not all the same blend. It’s a 6 x 52 parejo that pays tribute to Nicaragua by using tobacco from all four of its growing areas: Condega, Estelí, Jalapa and Ometepe, though the typical wrapper, binder, and filler specifics have not been disclosed. 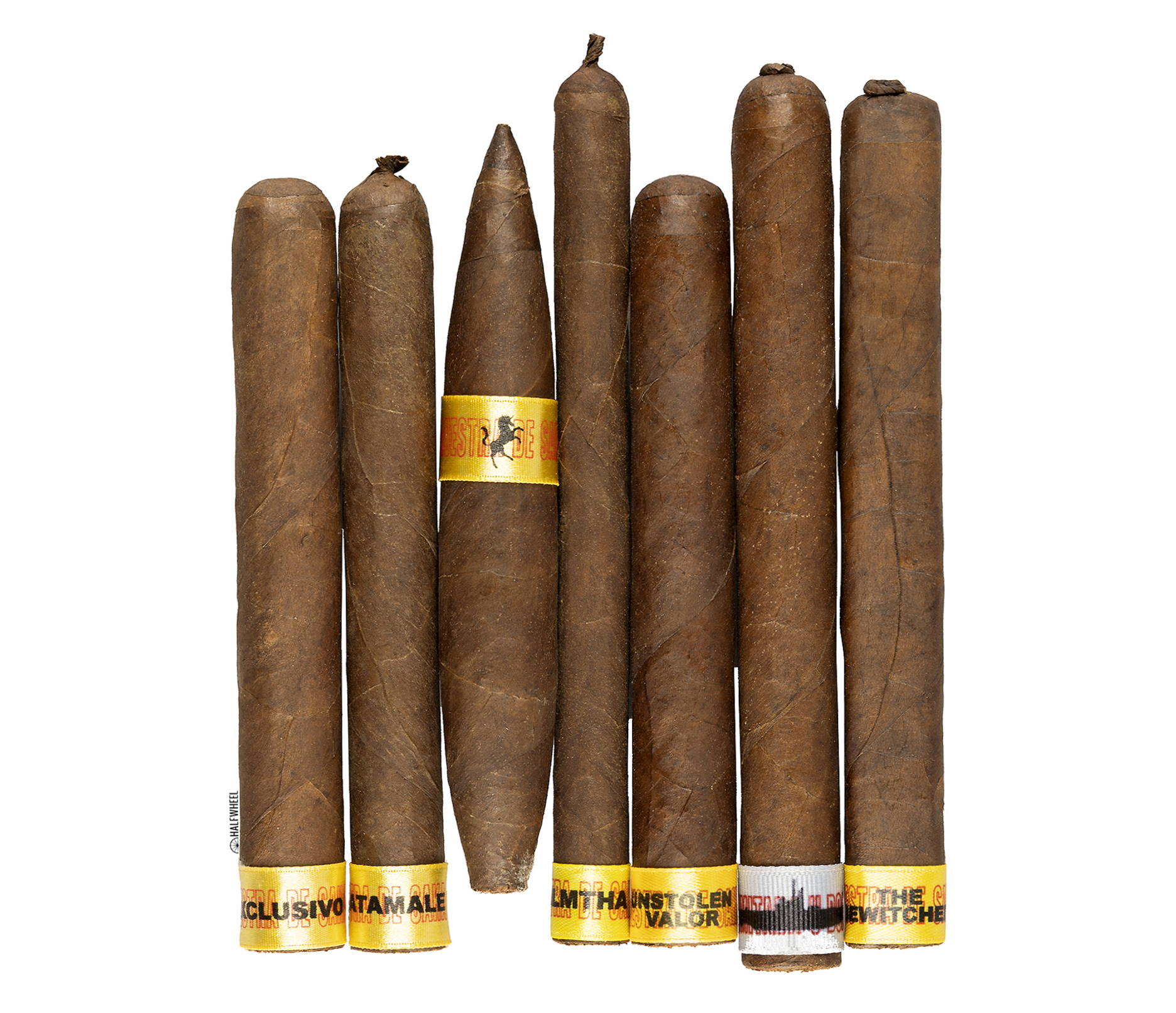 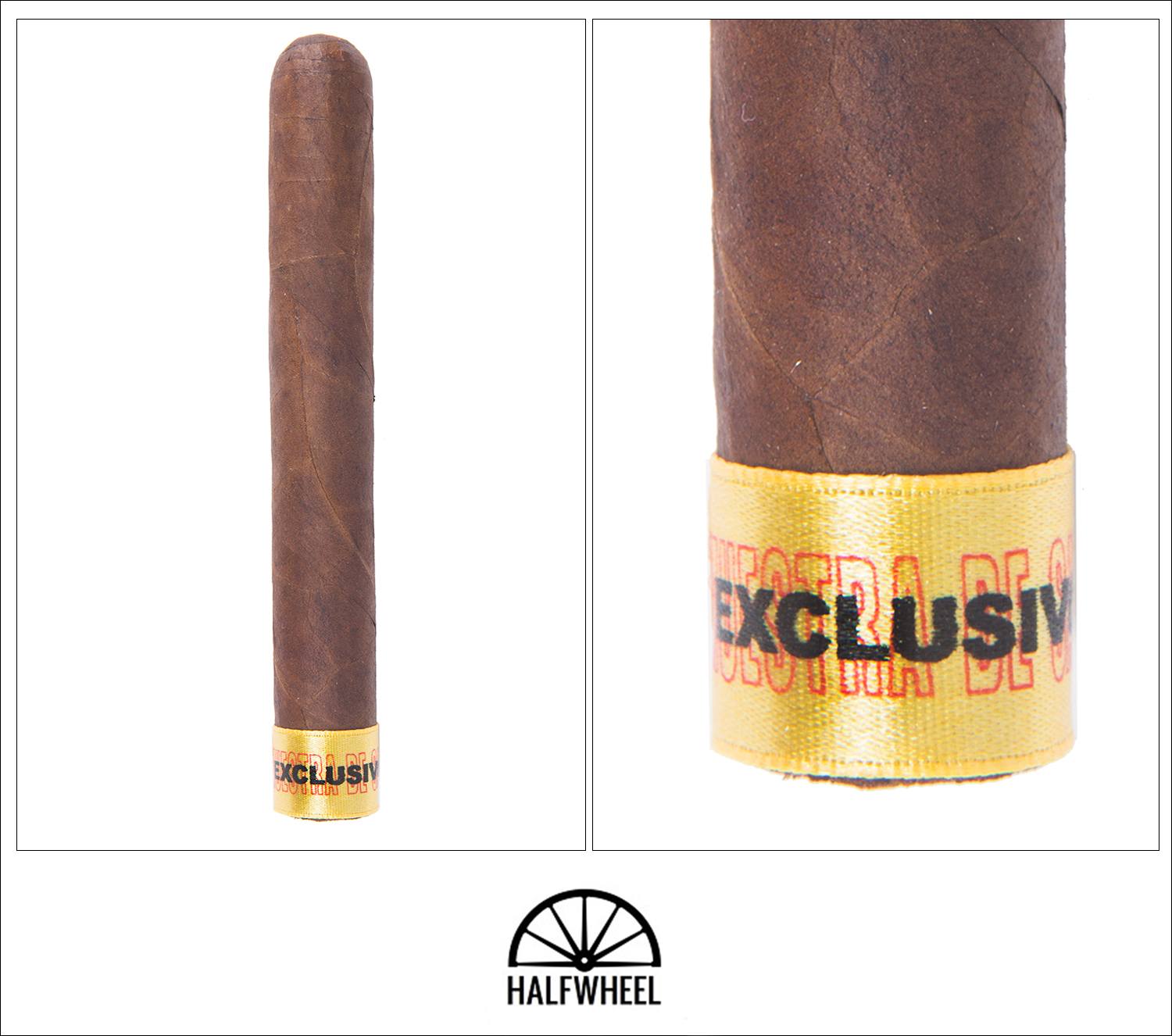 While the coffins may not use my favorite font, once you slide the lid open, it’s a pleasant sight. The yellow foot band contrasts the dark wrapper incredibly well. The cigars are packaged in cellophane, something that preserves all of the aromas and that I think should be mandatory of any cigar that is packaged in a coffin. I’m a bit surprised that the aroma intensity is largely medium; the wrapper provides baker’s chocolate, some barnyard, dry leaves and raisins. The foot smells like a stroll down a perfume aisle with oatmeal raisin cookies, lacquer and prunes adding to the duty free experience. The cold draw retains some of the muted prune flavor along with the kind of artificial butter you get from really bad school lunch mashed potations, as well as some sweet oranges.

It starts with lemon, some vibrant toasted breads and a finish that reminds me of matzos, the Jewish flatbread. The Muestra de Saka Exclusivo takes a few puffs to really gets going with a rich pecan flavor, orange Creamsicle, white pepper and a very dry Ritz cracker. It’s a nice layered mixture of developed flavors, though it’s only medium-full in intensity. While the flavor is remarkable, the construction is not. All three cigars have issues with an open draw and that leads to touch-ups on the cigar to prevent it from going out, pretty much from the start. The second third of the Muestra de Saka continues with much of the same parts of the flavor. Pretzels add themselves into the mixture, drowning out most of the pecan nuttiness, though the orange creaminess still holds up. Otherwise, the flavor isn’t that much different. There’s a bit of meatiness that comes and goes, but it’s still a medium-full mixture of vibrant breads, citrus and cream. Construction woes continue, though I cannot say they’ve gotten any worse. 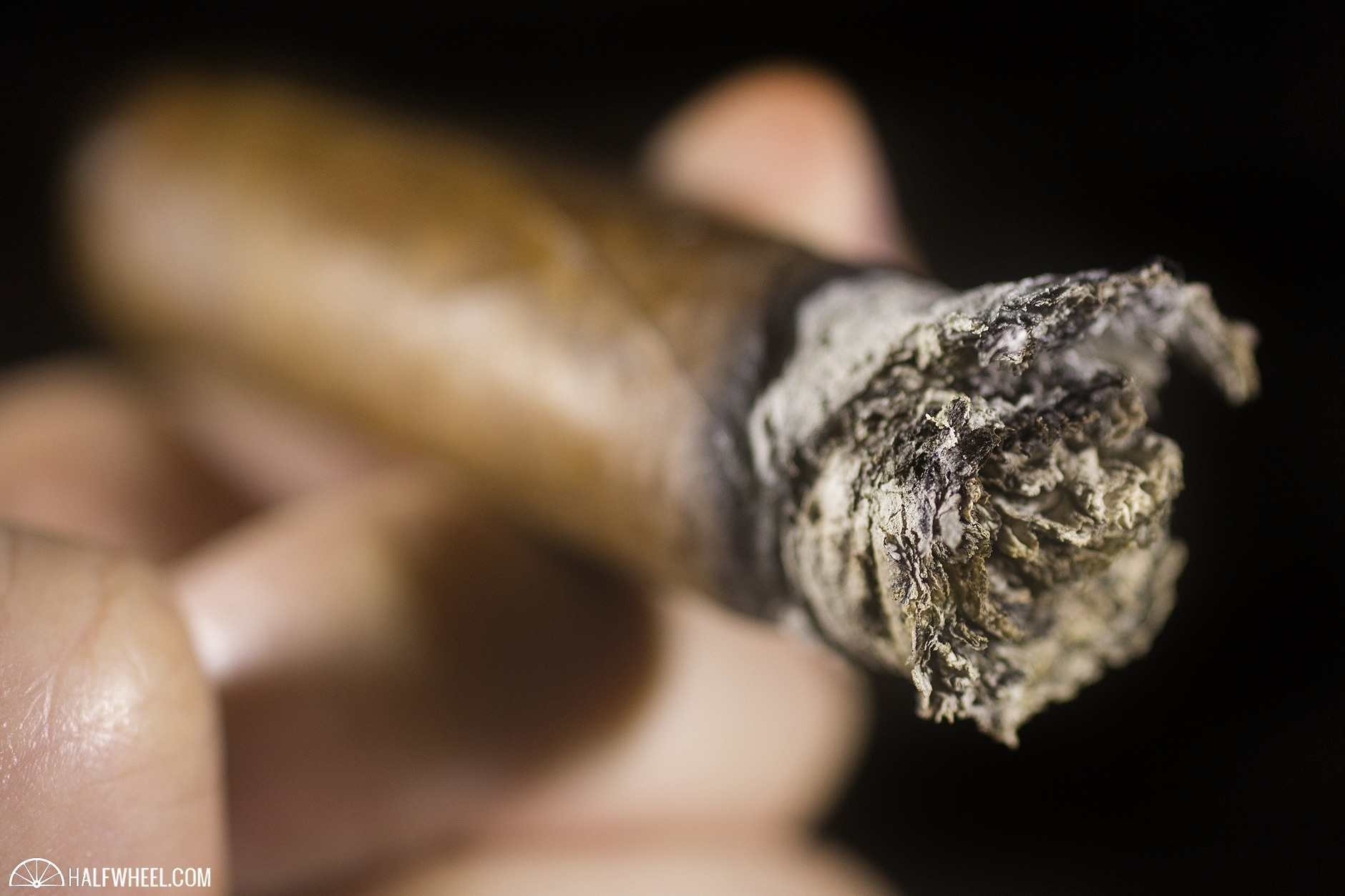 There’s a noticeable shift in the final third of the Exclusivo. Earthiness and lime skin add a substantially different dimension to the profile. They are joined by additions of white pepper, the first time any pepper has been present, and the Matzos-like cracker flavor. Right after the hallway point, I notice that my mouth begins to dry, something that continues—although at a slower pace—in the final third. As one would expect, I don’t have any better luck with construction and my torch gets a few small tasks in the last two inches.