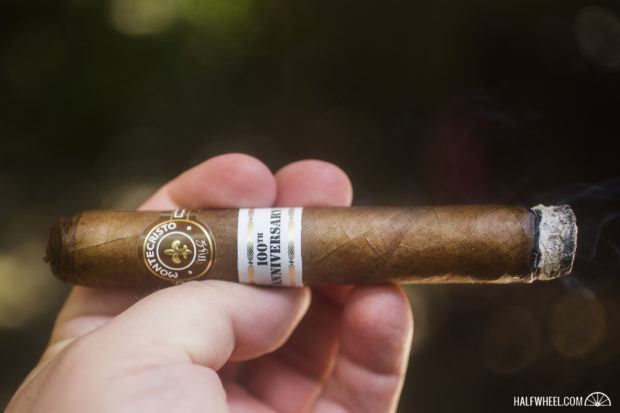 Thompson Cigar celebrated 100 years in business in 2015, and as part of the celebration, had a number of cigar manufactures produce exclusive cigars.

In total, there were five different cigars released to commemorate the occasion:

In terms of blend, the Montecristo Thompson 100th Anniversary Robusto Habano is composed of an Ecuadorian habano wrapper covering Dominican and Ecuadorian double binders as well as a filler tobacco sourced from the Dominican Republic, Honduras and Nicaragua.

Only 10,000 total cigars were released in boxes of 10 retailing for $109.95, and they were first sold during an event that took place at Thompson Cigars on Aug. 22.

Here is what I said in my original review back in October 2015:

I have enjoyed a couple of Montecristo releases from Altadis U.S.A. in the past, but the Montecristo Thompson 100th Anniversary Robusto Habano falls short of the best of them. The blend is good but not great, flavorful but not complex and enjoyable but not overly memorable. In fact, it is the very definition of a middle of the road cigar, and while it has its moments, there is nothing overly unique about either the profile or construction to really put it over edge.

The same milk chocolate brown wrapper covers this of the Montecristo Thompson 100th Anniversary Robusto Habano, with plenty of obvious veins and a bit of oil present. Unlike the first time I smoked it, the cigar is nice and firm when squeezed, and no soft spots are noticeable. Aroma from the wrapper is a combination of dark cocoa, leather, earth, cinnamon and coffee, while the cold draw brings flavors of creamy almonds, leather, chocolate, oak and black pepper.

Starting out, the Montecristo Thompson 100th Anniversary Robusto Habano features a multiplied of slight flavors, all vying for dominance: creamy nuts, oak, coffee beans, earth, hay and toast. There is a touch of indeterminate sweetness on the finish, but it is not strong enough to really make that much of a difference, and is drowned out by the black pepper that is also present. There is a bit of spice on my tongue as well, but it is long gone by the halfway point, and it never returns. Sadly, the second half holds no surprises, with the same muddled flavors and lack of distinct notes that really hurts the overall profile. There is one added flavor: namely, a slight metallic flavor on the finish that was not there the first time I smoked this cigar. While noticeable, it was not all that aggressive, and was easily lost at certain points to other notes that were present. 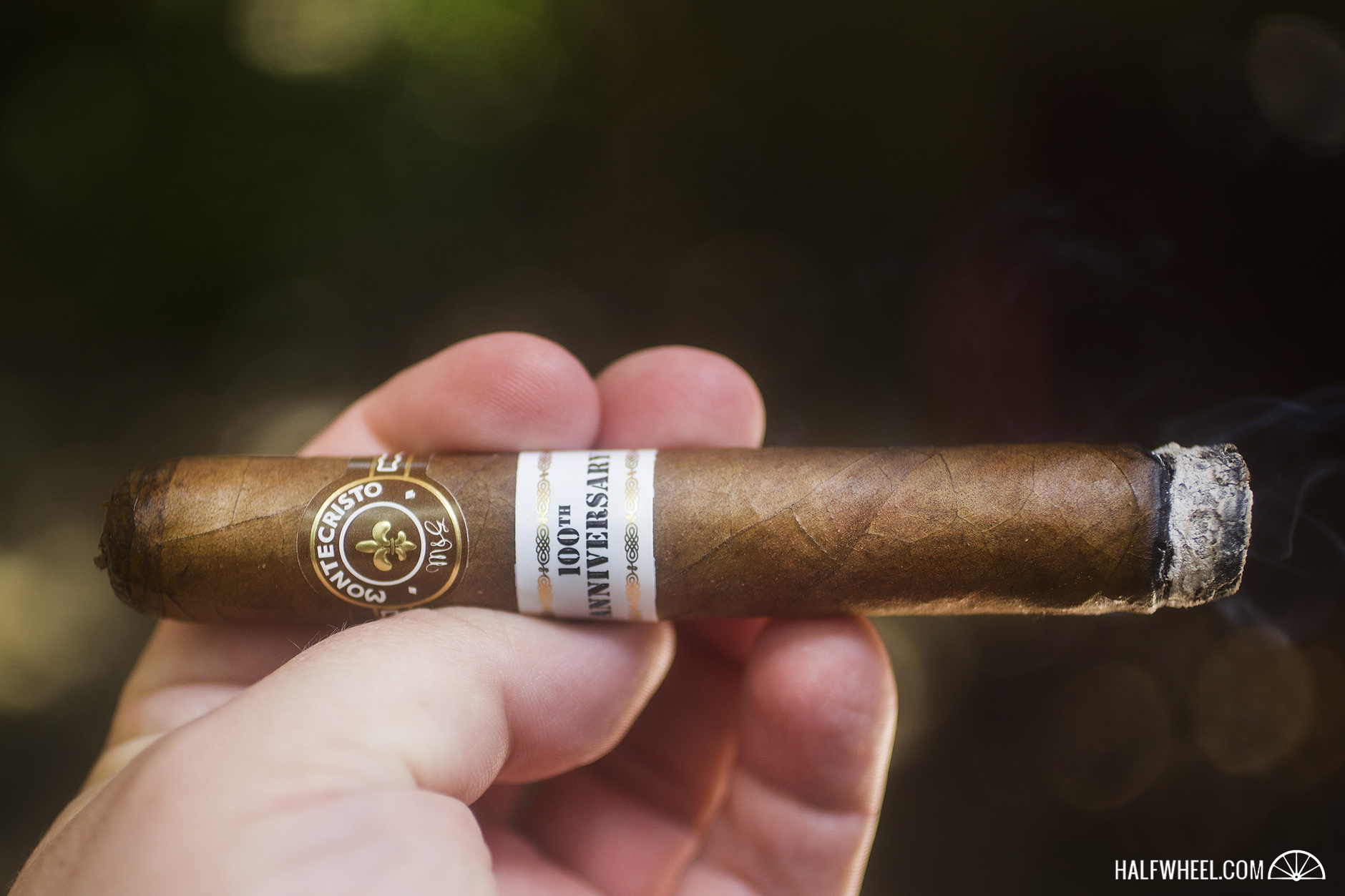 The overall construction on the Montecristo Thompson 100th Anniversary Robusto Habano is mixed: while the draw was excellent after a simple straight cut, the burn was fine for the first third before wandering significantly off course for the second third, only to return to decent in the final third. Smoke production was about average, and while the strength does hit the medium mark by the time I put the cigar down, it never threatens to go any further.

Altadis U.S.A. advertises on halfwheel. Cigars for this review were sent to halfwheel by Thompson Cigar.

While it was far from a bad cigar, I was not a big fan of this release when I first reviewed it late last year, and eight months later, it is still underwhelming. There is flavor in the profile, no doubt, but it is mushy and indistinct, with very little to latch on to as a dominant note. While the construction was decent overall, it also featured a slight metallic note on the finish that—while not overly strong at any one point—was still noticeable enough to affect the profile. Hopefully a bit more time will help this blend, but as it stands now it still not a cigar I can recommend.