In the summer of 2018, Altadis U.S.A did something fairly rare to the iconic Montecristo brand: it added a new, full-production series to the portfolio, the Montecristo Nicaragua Series. To create the new line, it enlisted the help of a name that has been increasingly turned to for a spark: Abdel Fernández.

The line, which joins the Montecristo Classic (Gold), Montecristo White and Montecristo Platinum lines as the brand’s four core blends, is a Nicaraguan puro which the company calls a full-bodied blend. It began shipping in August, offered in four regular production sizes.

“We know that the consumer, as they develop their palates, some are looking for bolder, more complex cigars, and that’s what we want to provide with the new Montecristo Nicaragua Series,” said Rafael Nodal, head of product capability for Tabacalera USA, the parent of Altadis U.S.A.

The cigars are made at Tabacalera AJ Fernandez Cigars de Nicaragua S.A. in Estelí.

It’s the latest in a series of collaborations between Fernández and Tabacalera USA, as the pair have combined to make the Monte by Montecristo AJ Fernandez as well as blends for the H. Upmann, Gispert and Romeo y Julieta brands. 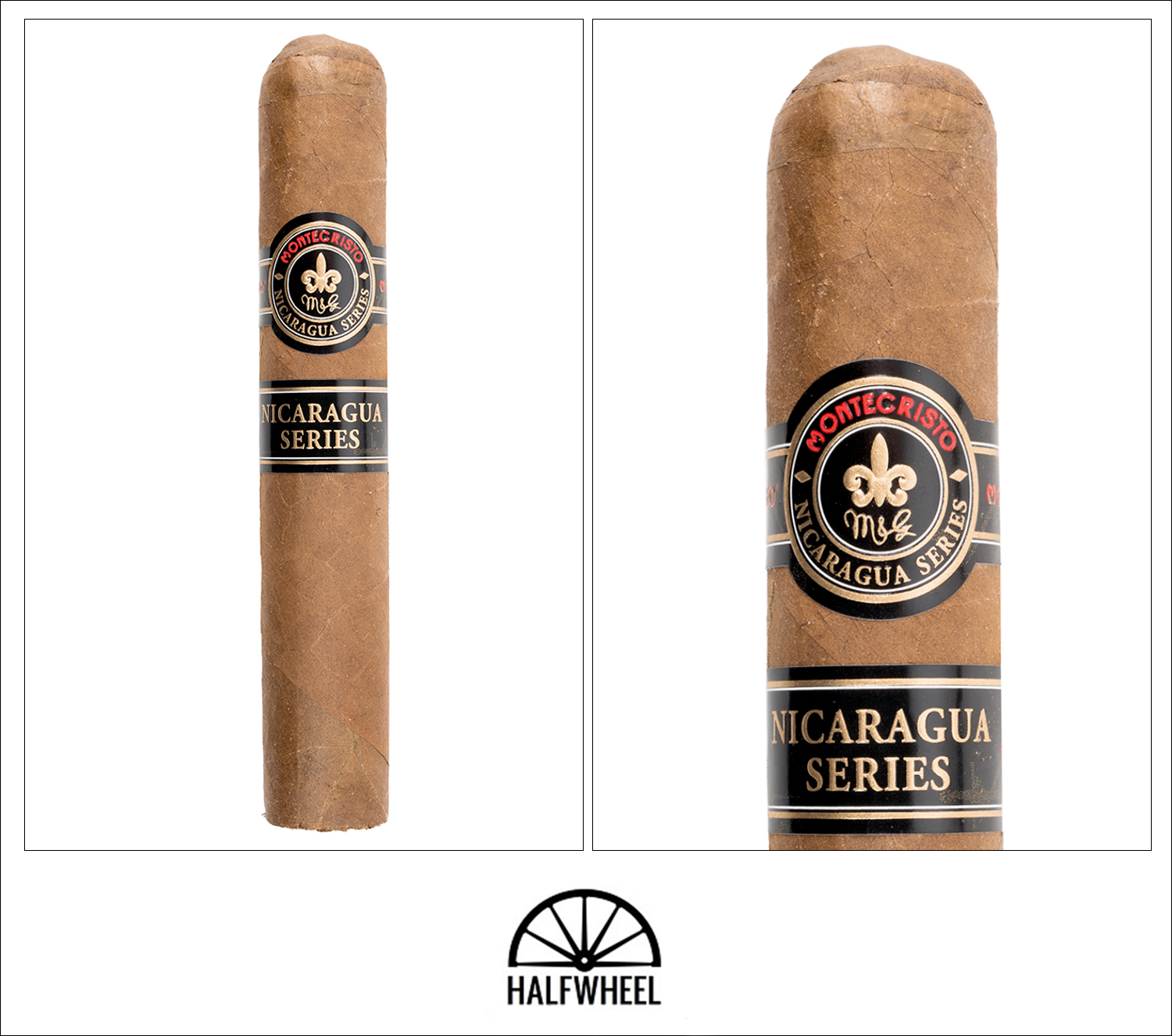 The wrapper is a matte shade of well-tanned brown, not quite dark brown but certainly adjacent to that end of the spectrum. It’s a well-rolled presentation with incredibly flat, nearly invisible seams and well-applied caps. The cigars are on the firm side but show a bit of uniform give. Aroma off the foot is surprisingly sweet, with a bit of orange cream the first thing I pick up, followed by touches of wood and pepper to redirect the smell into a fuller and more nose-tingling sensation but without abandoning the creamy base. The cold draw varies a bit from easy to pleasantly firm, while the flavor is fairly neutral, reminding me of baked pretzels and dry lumberyard woods. There’s a bit of sweetness from the wood, though it is far from dominant, just outshining the sprinkle of pepper that is also present, with just one sample showing a sweet, creamy top note.

The Montecristo Nicaragua Series Robusto starts with what could be described as a very stereotypical Nicaraguan profile, with plenty of earth and pepper and a somewhat surprising bit of sweetness lingering in the background. It’s not overpowering but definitely engaging and scores points for both its approachability and familiarity. The first inch toys with some chalk and white pepper at points, but never deviates too far from the core flavor established right at the first puff. There’s also a touch of smoky campfire in the aroma, something I didn’t pick up on until the third sample when the wind was much calmer and I could better savor the aroma. The flavor intensity backs off just a bit and gets a bit creamier when it’s time to knock off the first clump of ash, though a hit of white pepper is never far away as long as you know how to retrohale. There also seems to be a bit of oily, buttery sweetness appearing in the aroma as well, showing that this cigar—if given the proper attention—has a good bit more to offer than might be expected. 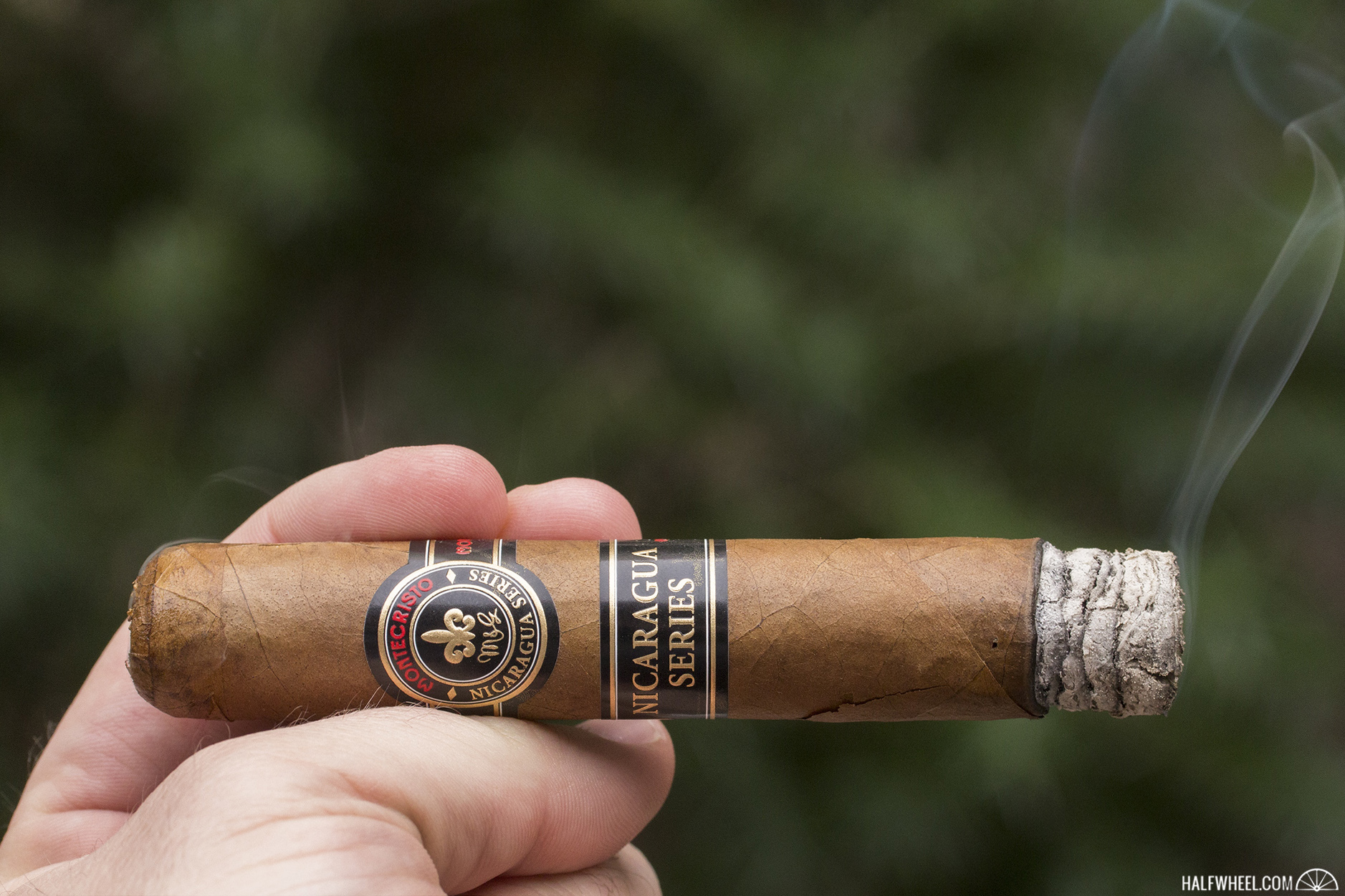 The second third of the Montecristo Nicaragua Series Robusto continues with a lighter than expected body but pepper forward profile, which leaves a good bit of tingle on the tongue and in the nose on retrohales. I can’t help thinking that this cigar was blended both for flavor and familiarity, as introducing a cigar under the Nicaragua header comes with some connotations for people who pay attention to their cigars, and this cigar would check a lot of those boxes. The technical performance is still quite good, with no appreciable issues of note. It’s hard to say there are a lot of differences in the profile heading into the final third of the Montecristo Nicaragua Series Robusto, though that’s not a terrible thing. The cigar holds onto its pepper-forward, somewhat rocky profile, with earth present but not weighing the profile down much. I still find moments where chalk and minerals come and go from the profile, and the second sample shift to a distinct profile of wood and mixed nuts, but even it doesn’t feel like a drastic departure. The cigar finishes just a bit sharp for my palate but it is still enjoyable, with construction nearly flawless in terms of draw, burn and smoke production. 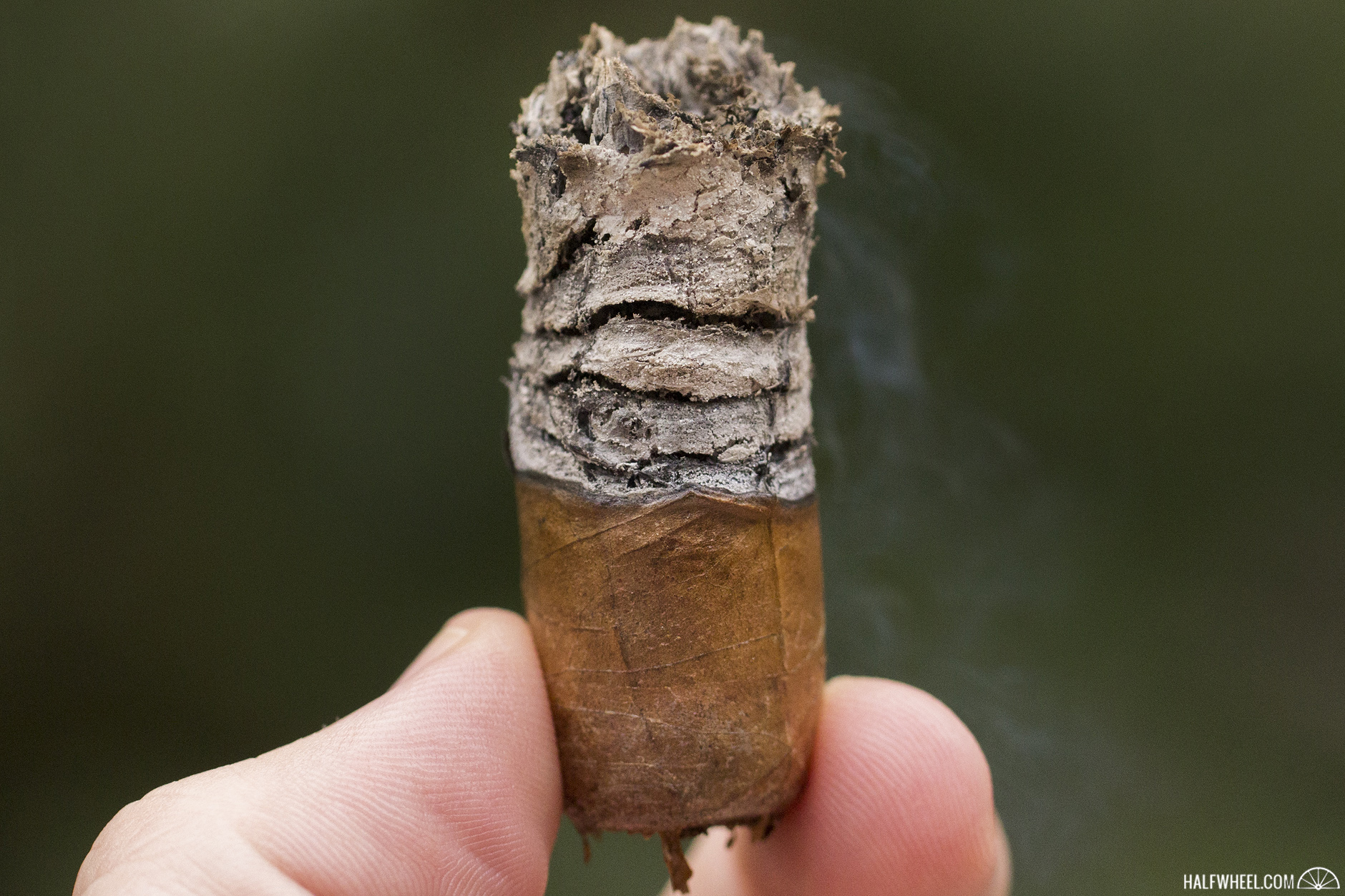 There’s a side of me that feels a bit odd calling the Montecristo Nicaragua Series Robusto a typical Nicaraguan profile, but that’s exactly what I think about this cigar after smoking three of them, yet it feels like it’s short-selling the cigar. There’s earth, pepper, a bit of mineral and some fleeting touches of sweetness that give the blend impressive depth without sacrificing balance for all but the final inch when heat seems become simply too much of a factor for the blend to overcome. This definitely feels like a profile aiming for the big part of the bell curve and it succeeds in both being approachable and appealing.