The cigar is the Montecristo Grupo de Maestros Private Batch. As the name implies, it’s described as the cigar made privately for Altadis U.S.A.’s Grupo de Maestros, a six-person team made up of managers of Altadis U.S.A.’s Tabacalera de García factory in La Romana, Dominican Republic. Javier Elmudesi, who is the manager of Tabacalera de García, heads the Grupo de Maestros, which also includes Victor Avila, Nestor Rodriguez, Candido Rosario, Carlos Travieso and Pedro Ventura. Each has their own roles within the factory, but collectively they are part of the blending team at Altadis U.S.A., as well as a growing part of the company’s marketing.

As for the cigar, it uses an Ecuadorian Sumatra wrapper grown by the Oliva Tobacco Co., a olor binder grown in Villa Gonzáles, Dominican Republic from the 2010 vintage and filler tobaccos from Nicaragua: 2010 Jalapa criollo ’98 viso and Jalapa corojo ’99 ligero.

The cigars are packed in 100-count bulk boxes that Tabacalera de García actually uses in its aging room. The Montecristo Grupo de Maestros is packed in one of these cedar boxes with five trays of 20 cigars inside. 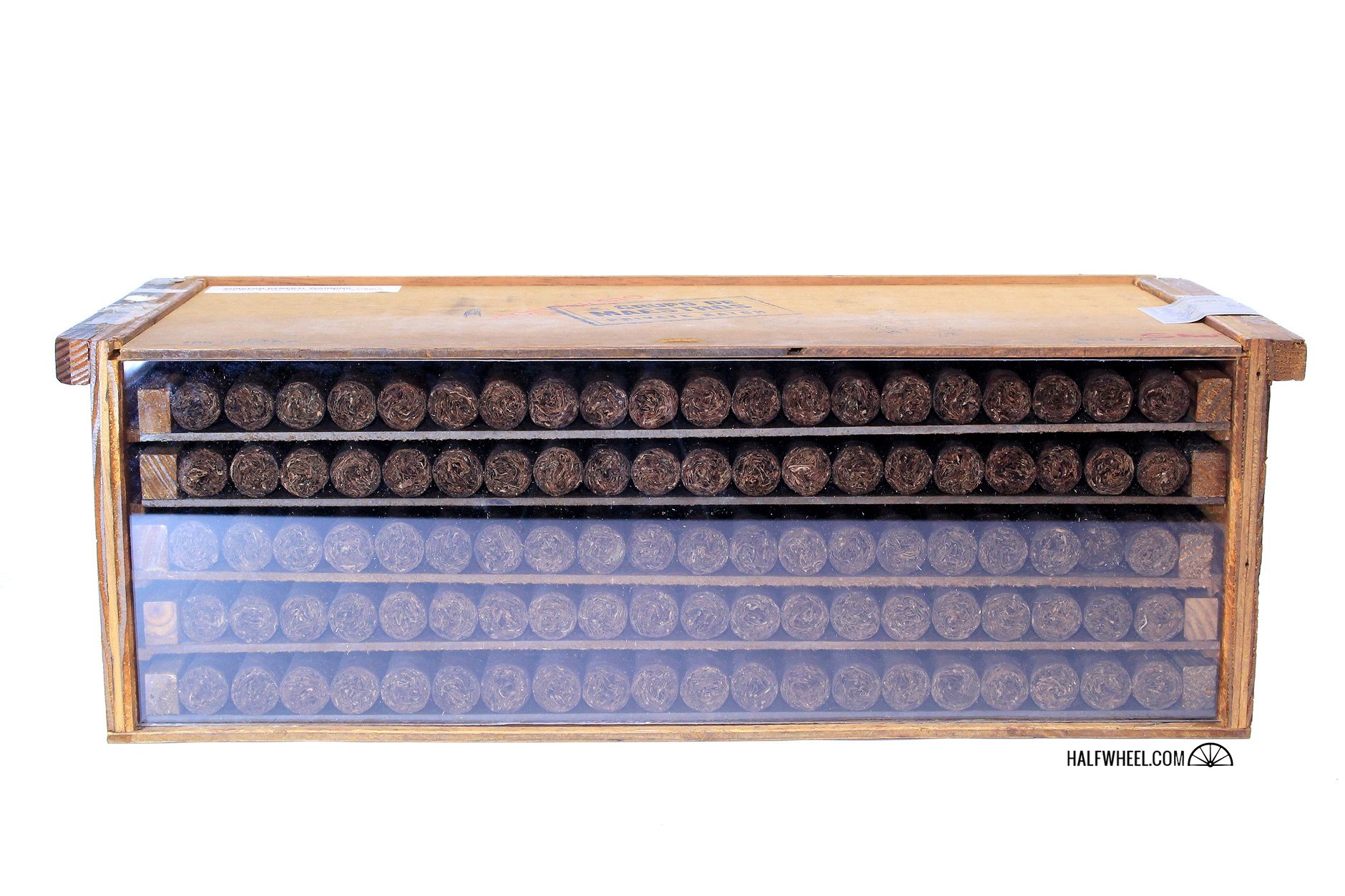 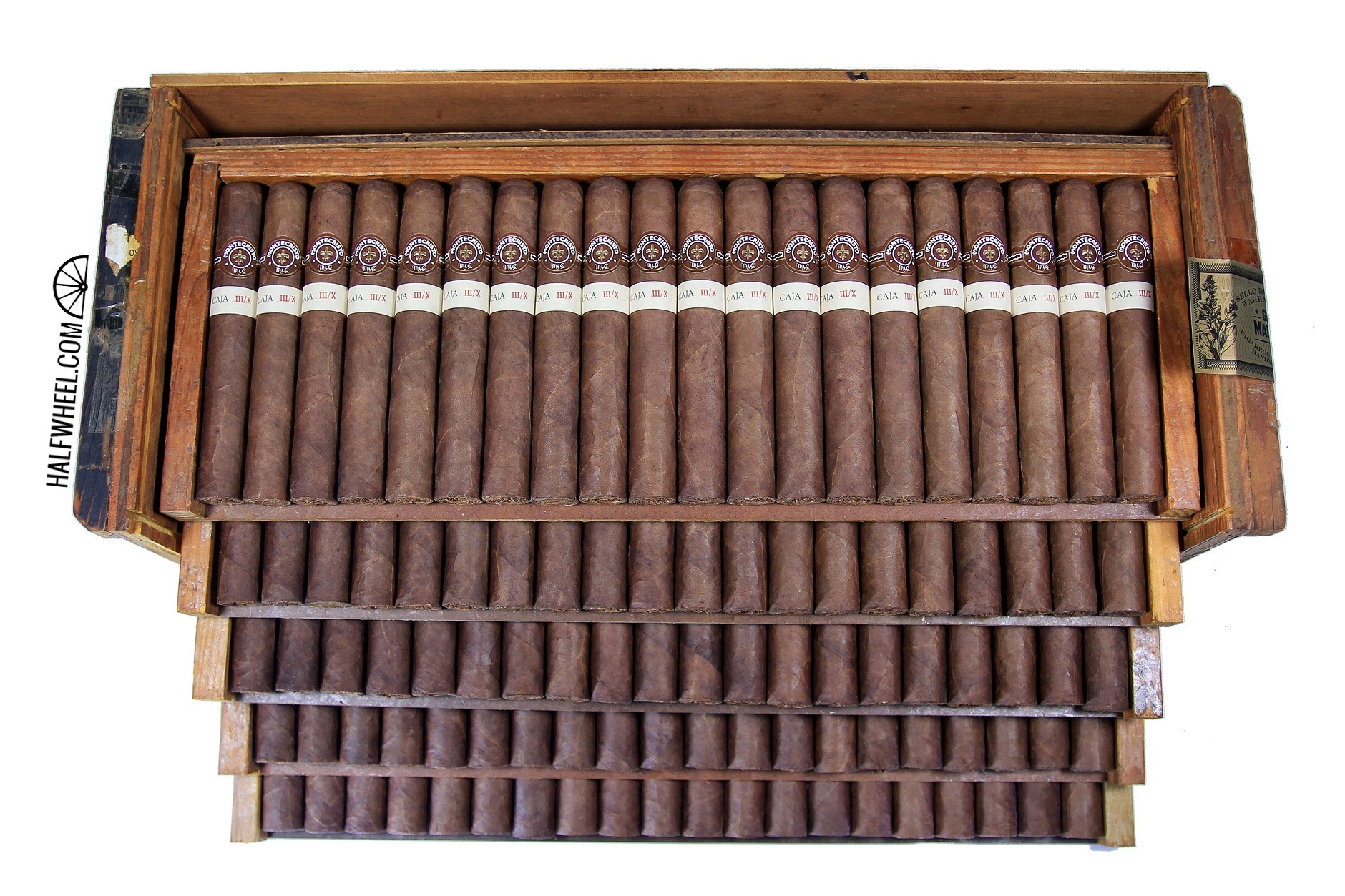 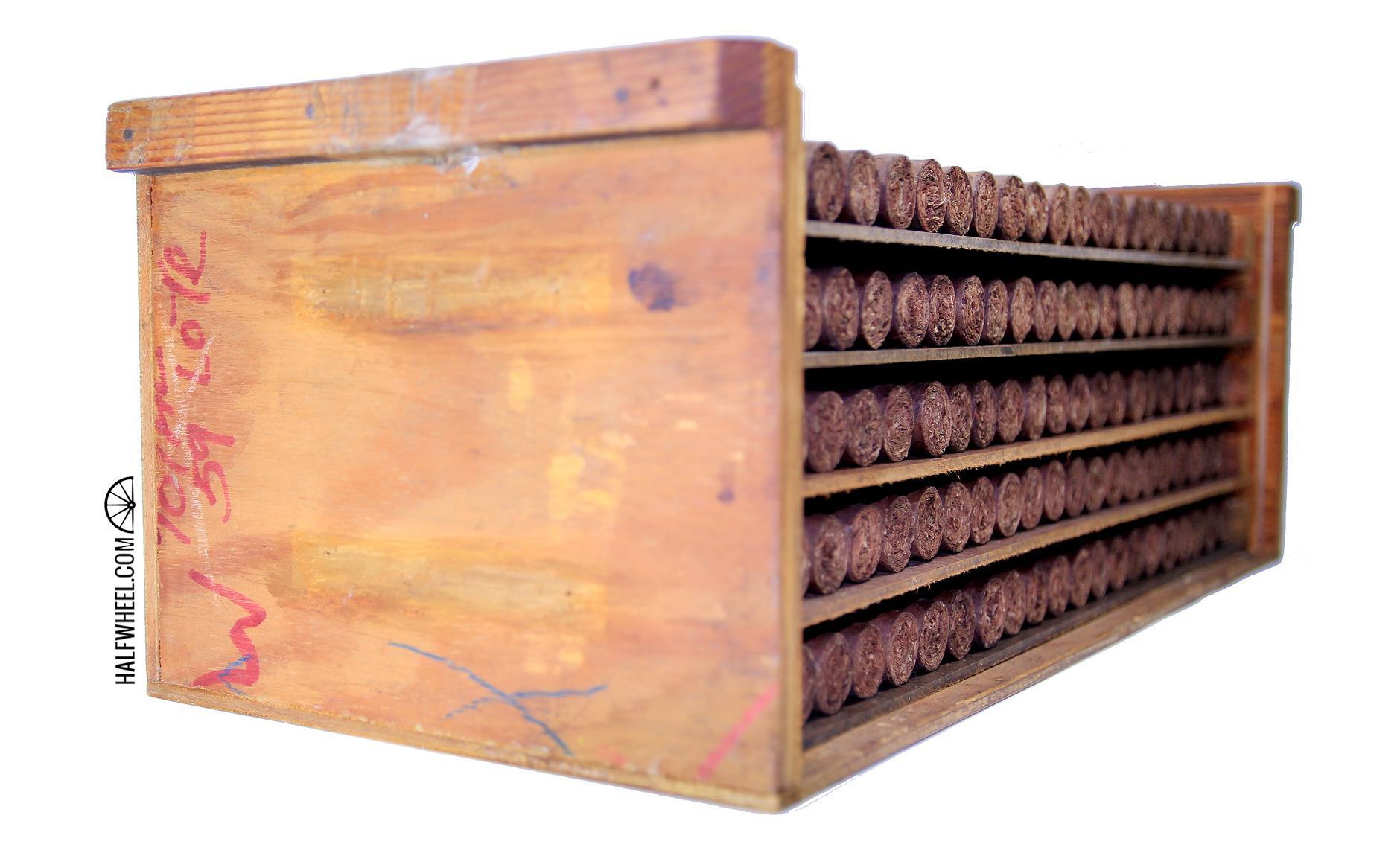 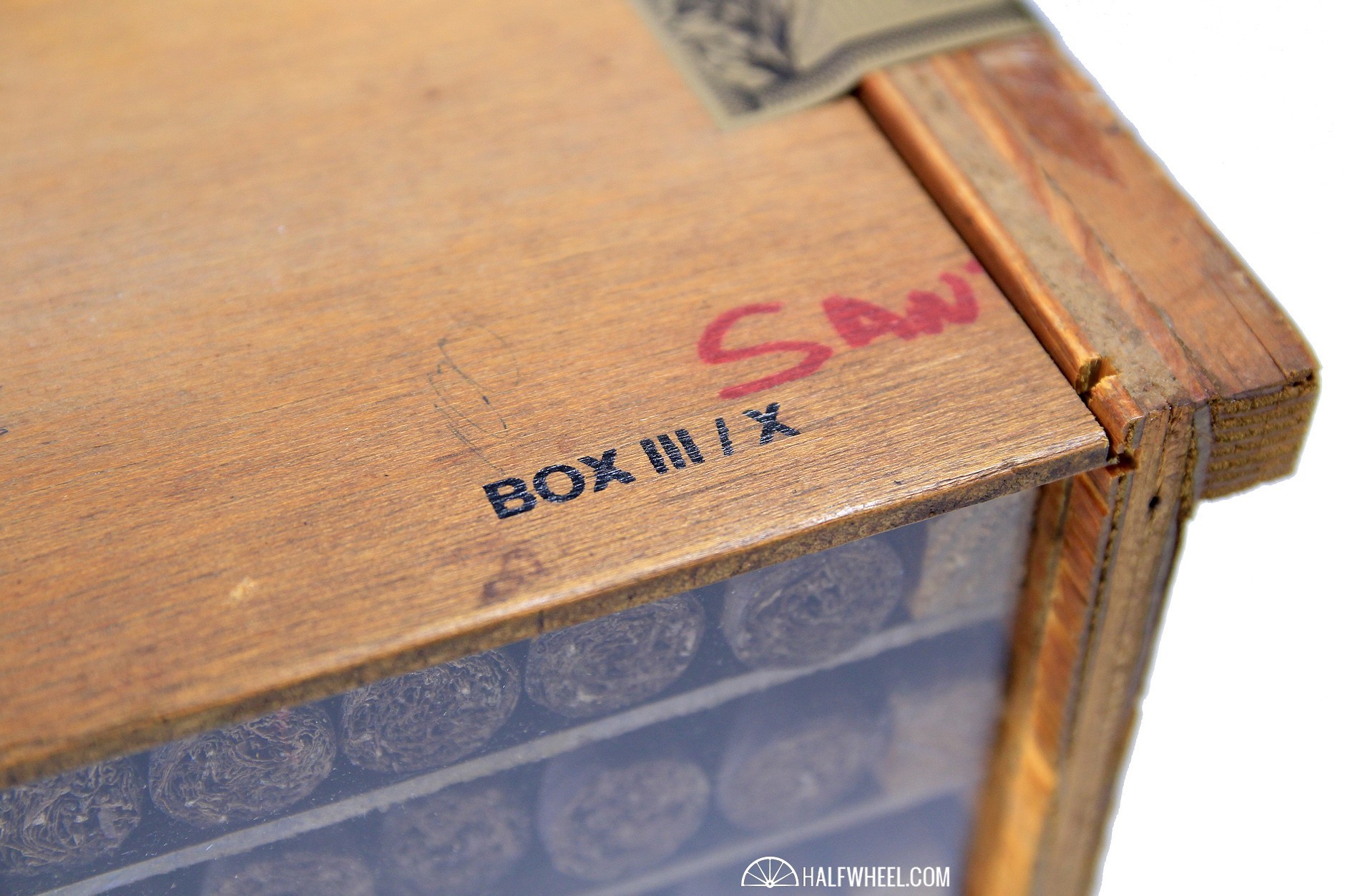 Each box also comes with a more traditional cigar box that contains a certificate of authenticity and other documents. 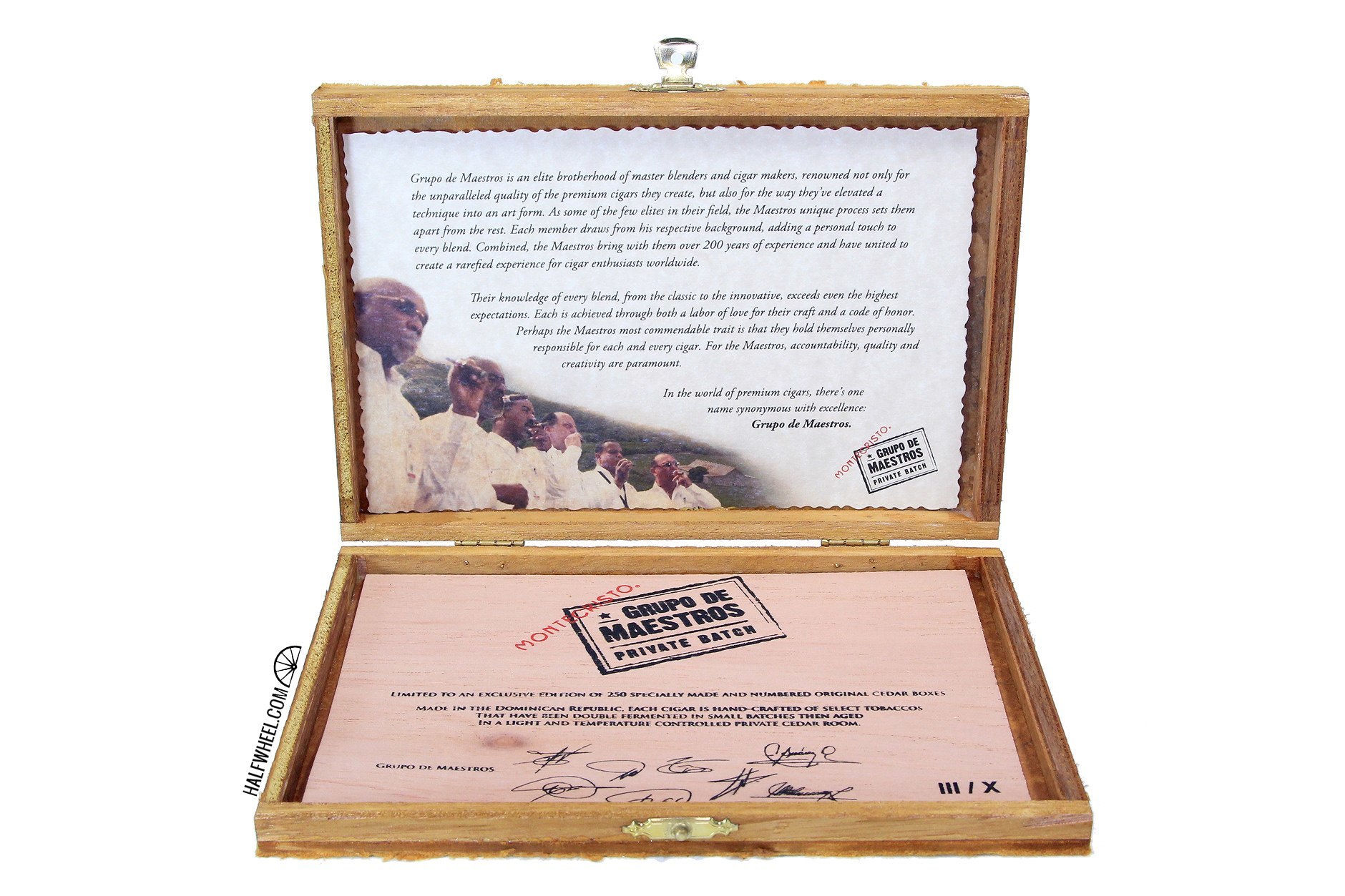 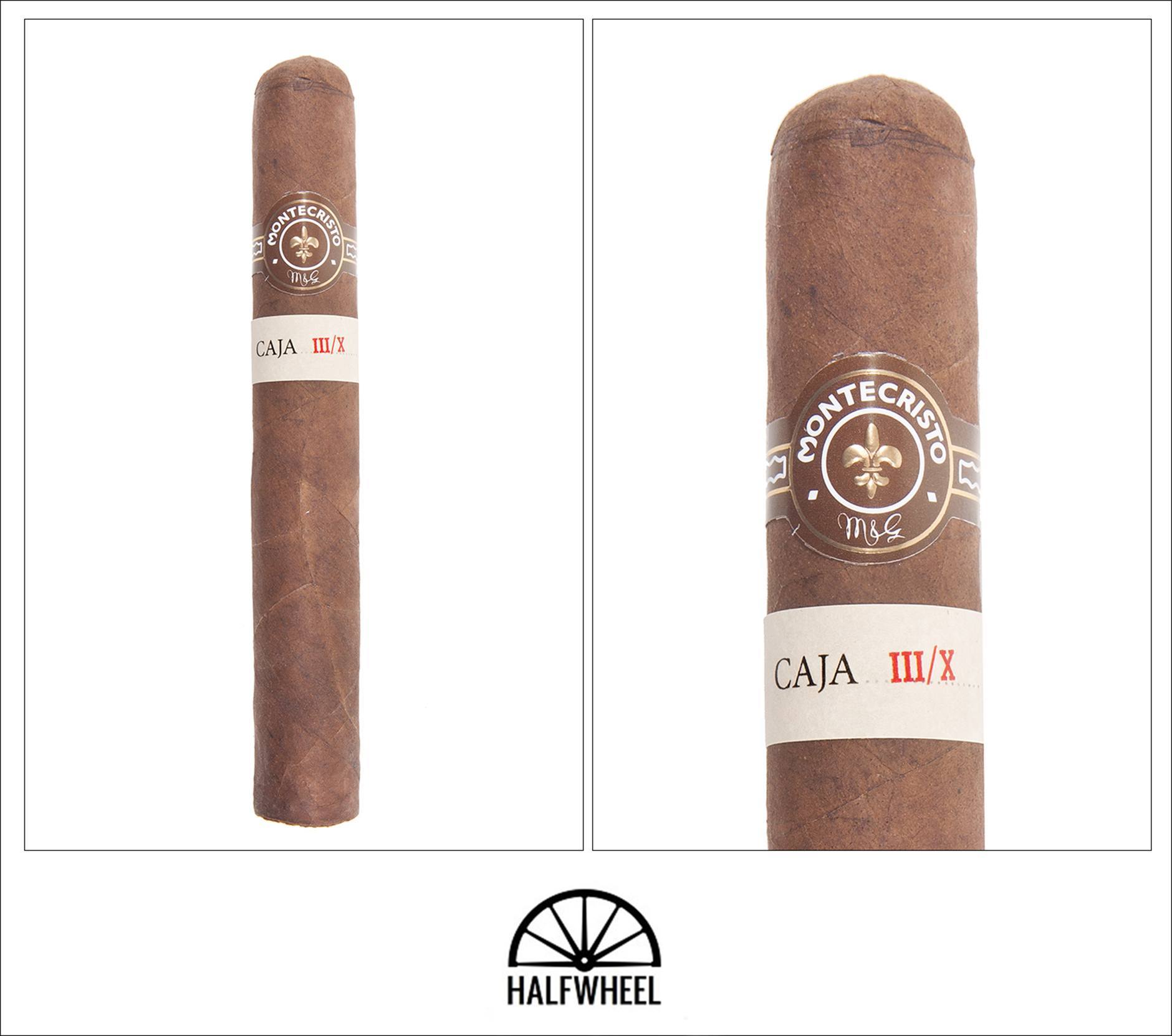 The Ecuadorian wrapper is uniform in its dark brown color with a bit of roughness—something that I think adds to the overall look of the release. Aroma-wise, I get some acidic leather and burnt cedar from the wrapper with the foot giving off large amounts of meatiness, vanilla and some creamy orange flavors. I have to cut a bit passed beyond my normal cutting point due to how the cap is filled. Even after the cold draw is somewhat tight with mild flavors of cherry, coffee, leather and some sea salts.

While it doesn’t last long, the smoke production is somewhat anemic to begin with on the first two samples. Once I take a puff, things change completely and the room is quickly filled with grey smoke from both ends of the Montecristo. Flavor-wise, I get dry woods, leather, sweet milk chocolate and a lot of white pepper. After the first puff, there’s a ton of smoke and quite a bit of nicotine, solidly in the medium-full range. The Montecristo Grupo de Maestro has a fair bit of nuttiness and cedar in the mouth with lemon, a heartier cedar, hickory and Worcestershire sauce through the nose; unfortunately, there’s also a bit of harshness upfront. The ash is even and firm, and the draw has loosened up to the midpoint, but the cigar is burning hot, although not in the way it normally happens. While the smoke is a bit warmer, the actual cylindrical roll of tobacco is very hot at around an inch and a half up from the burn line. 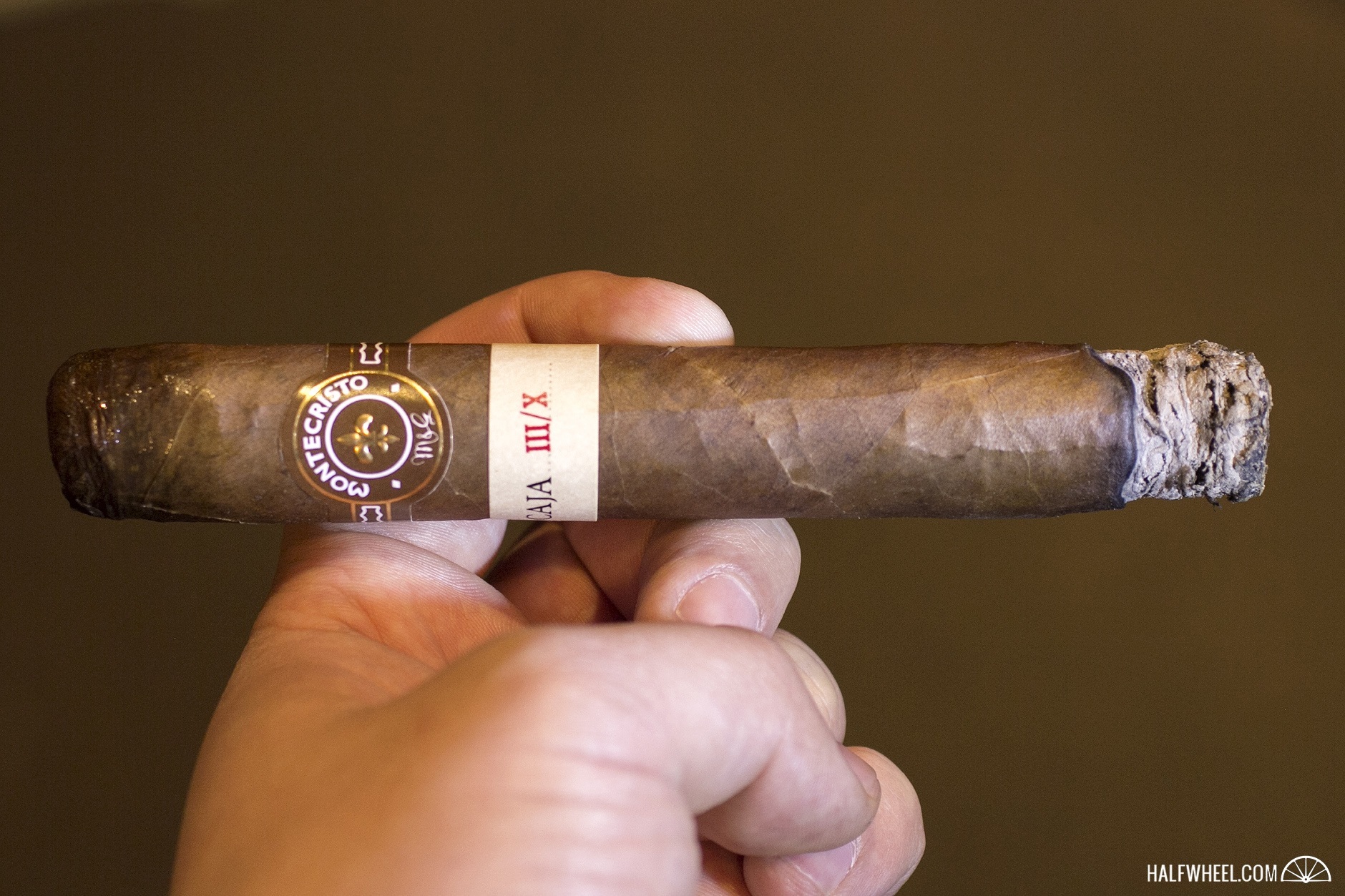 Into the second third and there’s a subtle sweetness that’s developing on the tongue. It’s way more aggressive through the nose with a Dr. Pepper-like cherry sweetness joining lemons, some mushroom flavors and a gritty harshness. Unfortunately, the harshness also remains. Two of the samples I smoked are burning a tad hot and there’s some harshness in the back of the throat now as well. Strength remains at medium-full, but the body recedes so the nicotine comes off as significantly less aggressive than the first third. 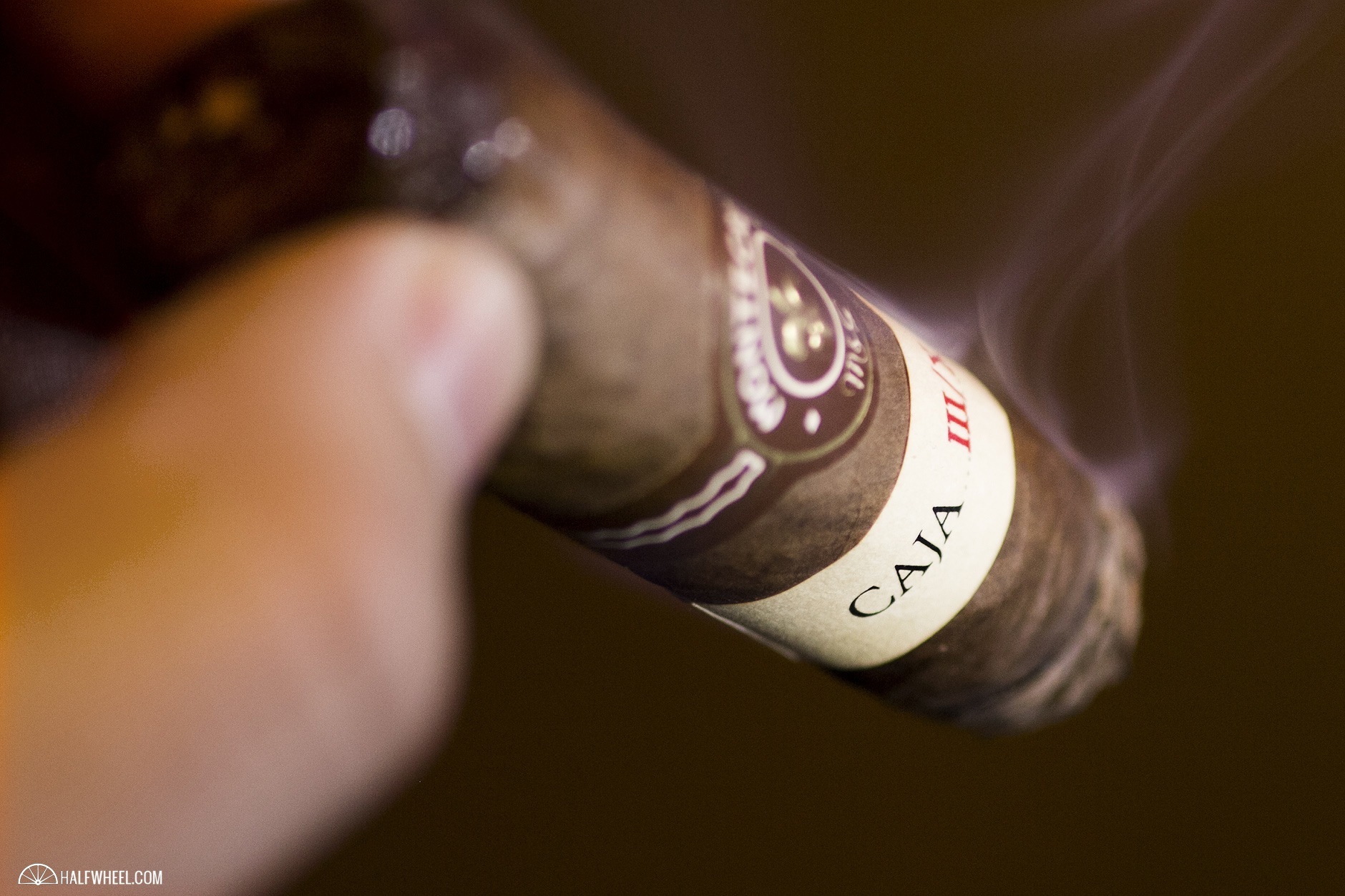 The final third of the Montecristo Grupo de Maestros sees the nuttiness overtake the rest of the medium-plus profile. While there’s lemon, mushroom and even a bit of cocoa, a plethora of freshly chopped nuts is all over the mouth and nose. Strength increases to just south of full, something I honestly was expecting to happen much earlier on in the cigar, which never does get to full. While the cigar remains well above average in terms of physical temperature, the burn, draw and smoke production all remain great until the end. 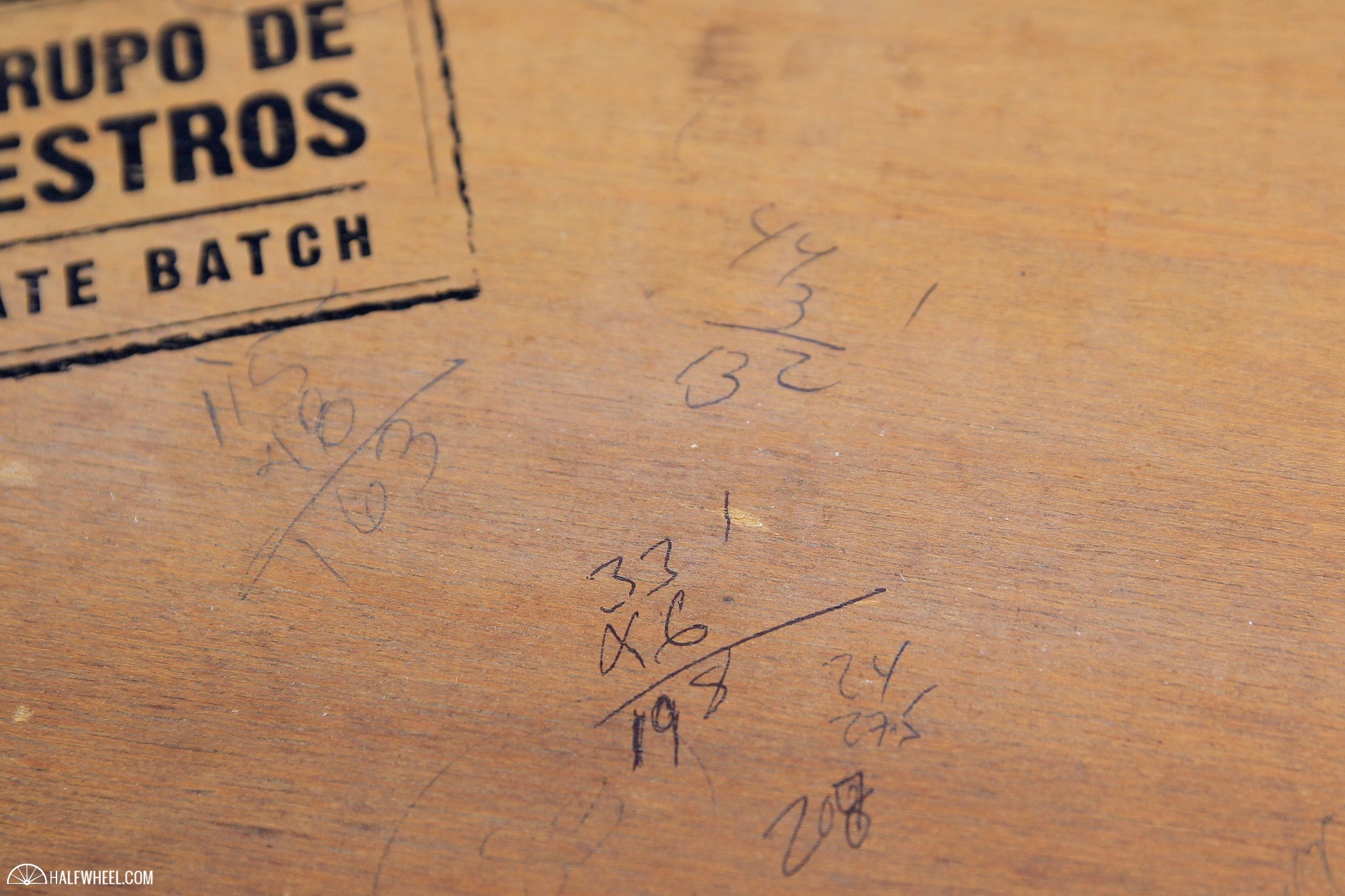 A while back, I reviewed the H. Upmann 1844 Reserve Special Edition. It was awful. Terrible in just about every way. In that review, I made the claim that there’s no way the people who blend cigars at Altadis U.S.A. would smoke the cigars I smoked for a review, and I wondered what they smoked.

There are a lot of Altadis  U.S.A. touches on the cigar from the tobacco to the marketing, but there’s also a lot that’s different. It’s a full cigar, it’s most certainly not aimed at Altadis U.S.A.’s typical customers and despite a hefty price point, I’d actually buy a few more—to sit on them. My big issue with the cigar is that for most of the cigar, particularly the first two-thirds, there’s a harshness that sits at the front of the tongue. While it’s not the dominant flavor by any means, it’s easily recognizable because of its positioning on the palate. I think a few months and probably a day or two of dyboxing will help this and the heat issue that is inevitably associated with the harshness—and after that, I imagine the Grupo de Maestros will be a very good cigar.