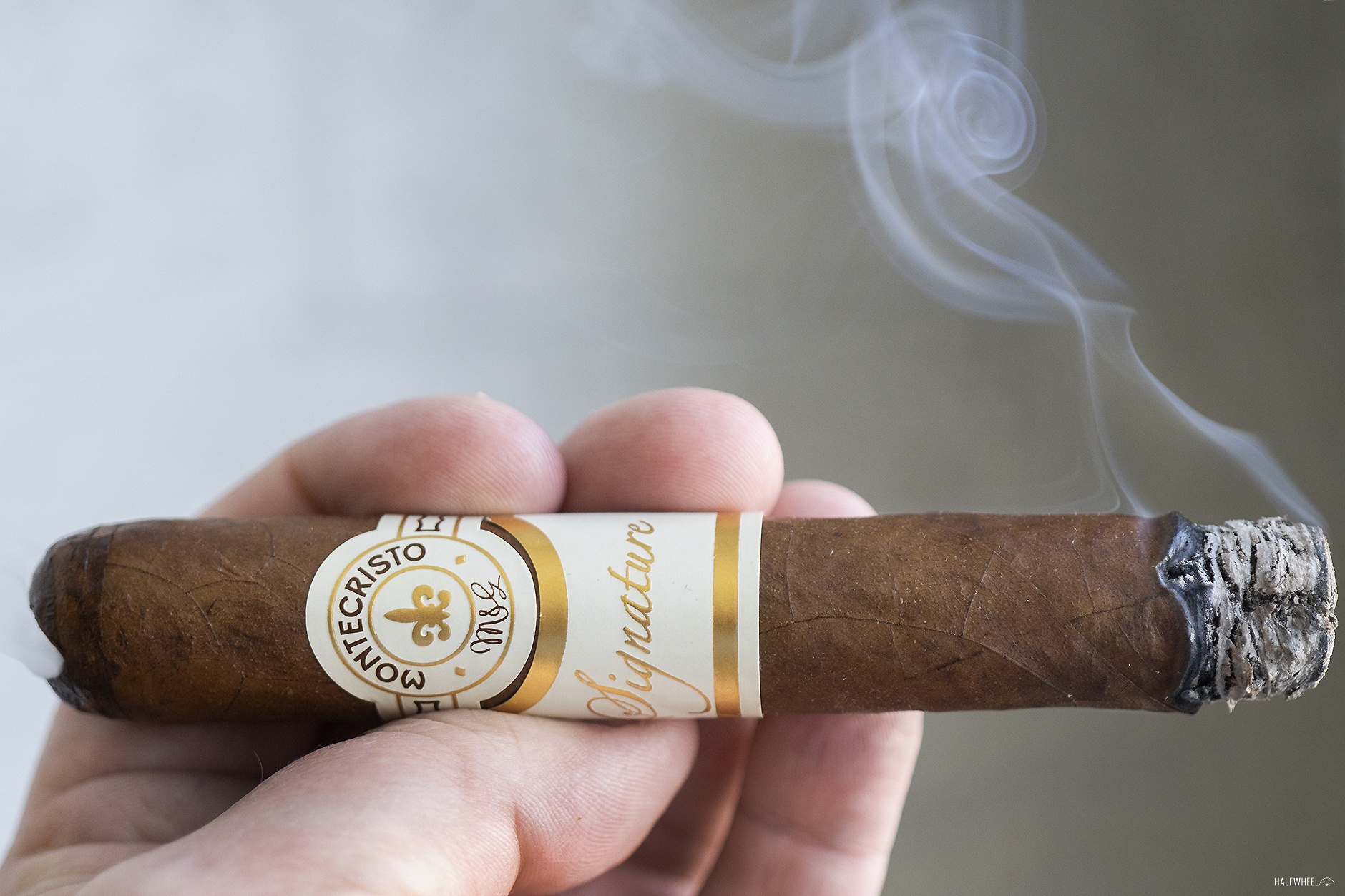 When Altadis U.S.A.’s Espada by Montecristo debuted in 2014, it carried the distinction of being the first Nicaraguan puro to be released under the Montecristo name. That original creation cigar was created for Altadis U.S.A. by the Plasencia family and incorporated tobacco from three of the four growing regions in Nicaragua: Condega, Jalapa and Ometepe.

Two additional Espada lines—each made entirely of Nicaraguan tobacco—followed during the next five years: the Espada Estoque was released in 2016 while the Espada Oscuro was shipped to retailers in 2019.

This brings us to a third Montecristo Espada line that began shipping in February bearing the name Espada Signature Valiente, Spanish for valiant or brave. As with the previous Espada creations, the Valiente is a Nicaraguan puro; specifically, it incorporates a Colorado claro wrapper grown in the Jalapa region covering a binder and filler tobaccos sourced from Estelí. The line is rolled at Plasencia Cigars S.A. in Estelí. 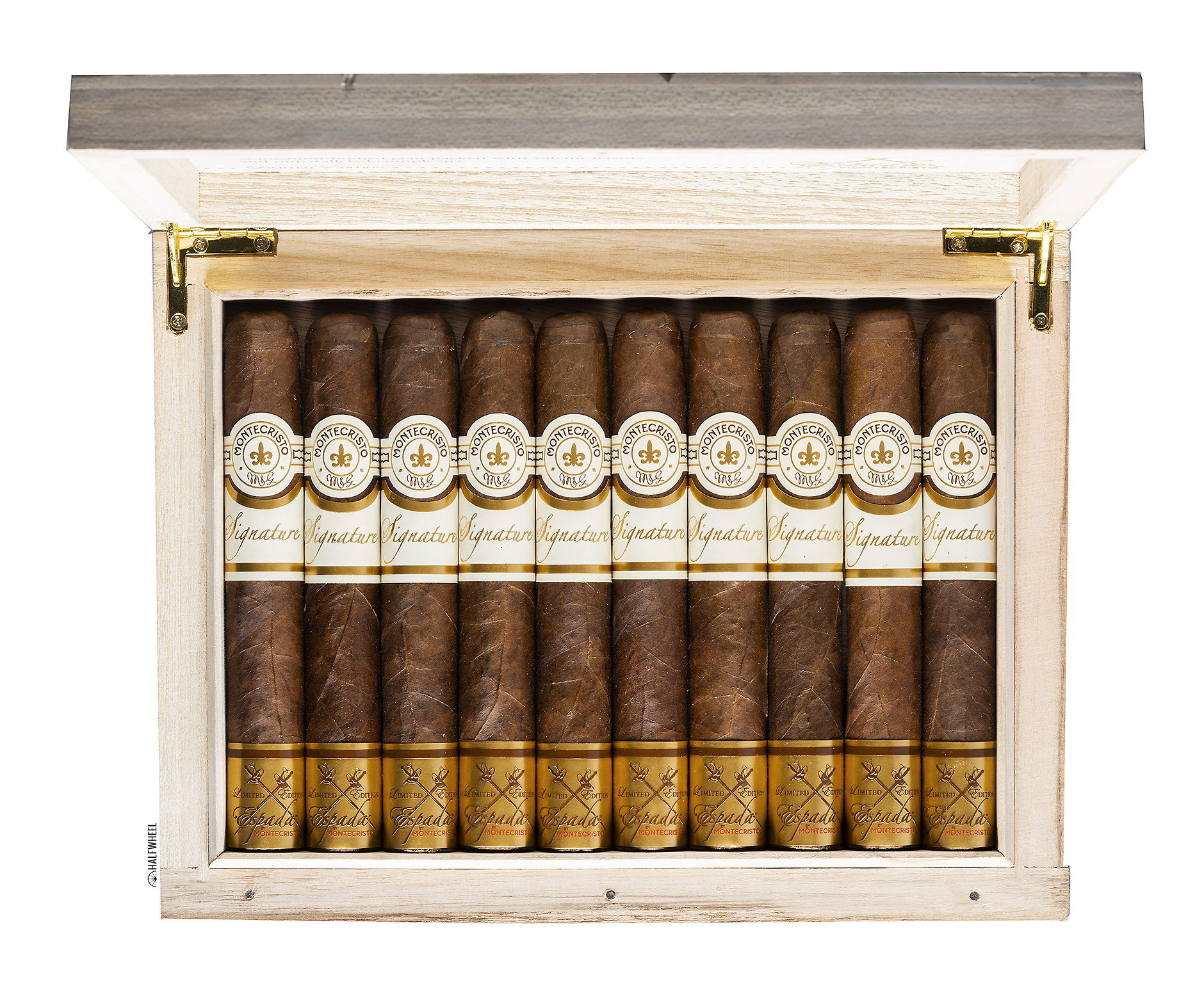 “This exciting blend was developed by Rafael Nodal, Grupo de Maestro and the Plasencia Family in way that each tobacco’s signature, when blended, creates a harmony of flavors and elevated complexity,” reads the Altadis U.S.A. website.

There is only one size so far, a 6 x 55 toro gordo with an MSRP of $15 per cigar that is sold in boxes of 10. While Altadis has indicated that the Montecristo Espada Signature Valiente is a limited edition release, the company has so far declined to confirm actual production numbers. While two of the three Montecristo Espada Signature Valientes are covered in a very attractive milk chocolate brown wrapper—the last sample is a noticeably darker shade—all three are silky smooth to the touch and are covered in quite a bit of oil. In addition, there are some very obvious bumps and veins, and all three are a bit more spongy than normal when squeezed. The aroma from the wrapper includes strong dark chocolate, sour earth, leather, manure and a vegetal note. The foot brings notes of sourdough bread, wood, black pepper, barnyard, earth and generic nuts. Finally, after a v-cut the cold draw includes flavors of distinct almond flour, cedar, mineral salt, leather tack, sourdough bread and faint vanilla bean sweetness.

The Espada Signature Valiente starts with plenty of spice and black pepper—on my tongue and on the palate, respectively—along with an oatmeal flavor that is joined by a cedar note about eight puffs in. While that combination remains at the top during the entire first third, various other flavors are present at various points, including gritty earth, citrus peel, leather tack, mineral salt, anise and a light floral note. In addition, two of the samples have a faint metallic note on the finish that sticks around for a bit, although it begins to fade as the first third burns down and has completely dissipated by the time the second third begins. The retrohale features quite a bit of black pepper and bready sweetness, both of which are remaining at fairly constant levels so far. After a v-cut, the draw is a bit loose on all three cigars—albeit easily within a normal range—and the burn is wavy but not bad enough to need correcting, while the smoke production is both thick and copious off of the foot. Flavor is medium, body is a bit over medium and the strength ends the first third just under the medium mark.

Not only do the spice and black pepper recede quite a bit—although both are still present—but the profile becomes noticeably creamier on the palate during the second third of the Valiente. Cedar and oatmeal continue to be the main flavors, followed by a more distinct earth note, peanut butter, hay, leather tack, espresso beans and sourdough bread. There is still plenty of both black pepper and bready sweetness on the retrohale, but the metallic note on the finish from the first third is long gone. Construction-wise, the draw tightens up nicely and there is still plenty of smoke emanating from the foot, but two of the three samples develop enough of an issue to warrant some attention with my lighter. Both the flavor and body end up at a point slightly over medium, while the strength hits a solid medium by the end of the second third. Once again, the profile of the Montecristo shifts in a number of ways during the final third, with new main flavors of earth and leather leading the charge. Additional notes of cocoa nibs, sourdough bread, anise, hay, brewed coffee and slight cinnamon flit in and out, while the retrohale sees an increase in the amount of black pepper as well as a decrease in the amount of bready sweetness. In terms of construction, both the draw and the smoke production continue on their excellent paths, but the burn on one of the cigars still needs help twice in quick succession. Flavor and body remain at a point between medium and full, but the strength takes a huge jump to end up closer to full than medium as I put the nub down with an inch left. The Montecristo Espada Signature Valiente is a tale of three very different thirds: after starting off with some aggressive spice and pepper, the profile mellows out considerably in the second third—while becoming both quite a bit creamier on the palate as well as quite a bit more enjoyable—before ending up with some significant strength by the end of the final third. In addition, the main flavors of oatmeal, cedar and earth were fairly consistent, while the retrohale featured plenty of black pepper and a bready sweetness. Having said that, the close to full strength caused some issues with the balance at the end of the cigar and while the burn never got close to being a major issue, there were enough corrections needed to cause some annoyance. Even with those issues, the Espada Signature Valiente is well worth trying now—especially if you are a fan of stronger, more aggressive profiles—but I think with a bit of age will do wonders to round out the rough edges and increase the overall cohesion of the blend.