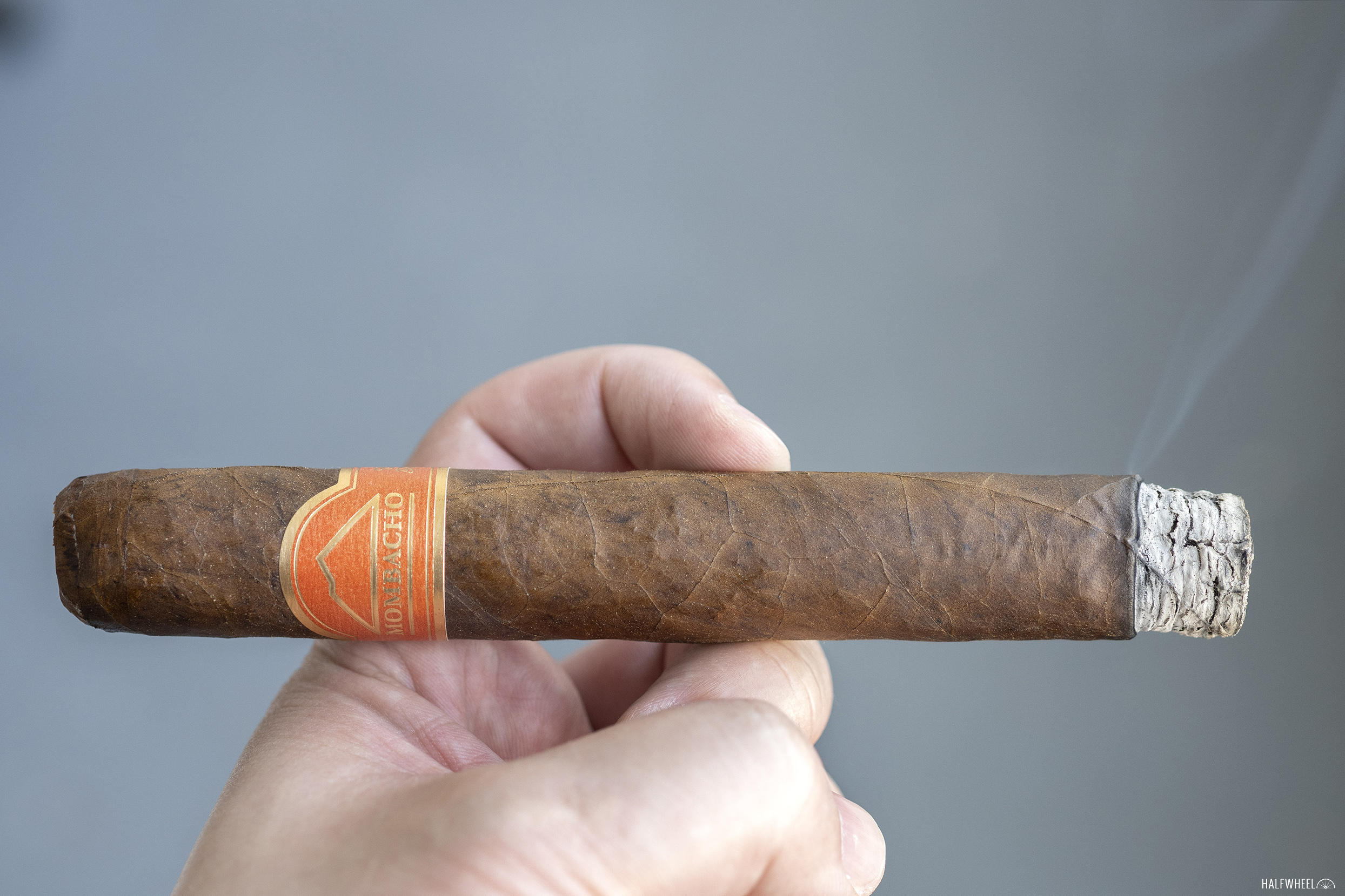 I remember being at the Casa Favilli factory in 2017 when Claudio Sgroi told a small group I was in about his most ambitious project to date: Cosecha.

It’s the Spanish word for harvest and it’s a phrase that is rather familiar to the small group of people who want to smoke the best Cuban cigars of any given year. Each year, Habanos S.A. releases a cigar named either Reserva or Gran Reserva with a pretty specific naming formula: regular production cigar from one of Cuba’s most famous brands + Reserva or Gran Reserva + Cosecha <insert year>.

The idea there is that the company picks a regular production cigar to make a special version and uses tobacco only from a single harvest. Those tobaccos undergo special aging, get special packaging and a much higher price point.

In many ways, that’s what Sgroi is doing with Mombacho’s Cosecha Series.

It started with the Mombacho Cosecha 2012, which was made with Nicaraguan tobaccos that Sgroi deems good enough to be used in the release. The cigars are rolled under a similar timeline to a regular production cigar but then receive a minimum of four years of aging before being released.

In the case of the most recent release—Cosecha 2015—the cigars were rolled in the spring of 2017, before the first Cosecha release arrived at stores. In terms of other differences, this release is supposed to be the strongest of the bunch.

“When accessing the potential for any new Cosecha vintage, I first determine the conditions, yields and specific qualities of that years tobacco crop in Nicaragua,” Sgroi said in a press release. “In 2015, I discovered an excellent and Cosecha worthy crop, albeit with a stronger tobacco than recent years, so I identified and worked with these characteristic (sic) allowing for the strongest Cosecha Vintage in history.” 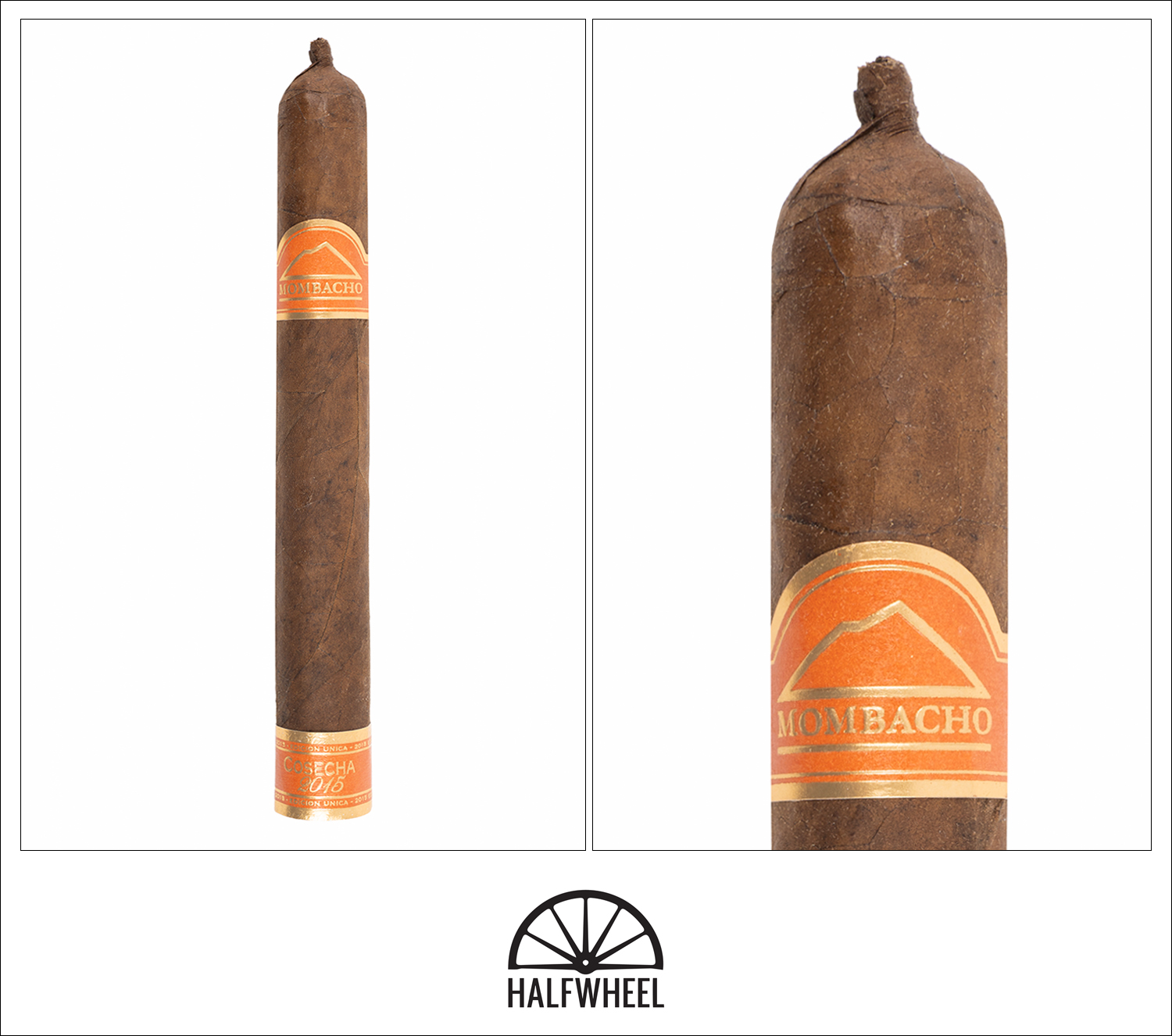 If oily cigars are your thing, the Mombacho Cosecha 2015 will be a rather attractive option. Upon closer inspection, it’s not a perfect cylinder and there are a lot of veins. I also noticed upon picking up the first cigar that the top third of the cigar is very stiff, while the rest of the cigar has a more normal amount of firmness. This is the case on all three samples. Aroma from the wrapper reminds me of some really bad flour tortillas from an at-home taco kit I used to eat as a kid. It’s not that the flavor of the cigar is awful, rather, that’s an indictment of the tacos my family was eating at home in the late 1990s. The smell is a bit flat with just a bit of lemon to help accent it. The foot is much more vibrant, albeit still medium-plus, with a very intertwined mixture of cocoa, fruitiness, leather and a bit of a cola flavor. The cold draw is sweet with caramel corn, some cereal grain, floral flavors, whiskey and a bit of a pecan roll. That sounds like a lot of flavors, but it’s more or less just one rather hard to place mixture with no real separation between each individual flavor.

Once lit, the Cosecha 2015 begins with sweet cedar, raisin, leather and a bit of creaminess. Pretty early on it seems clear this is going to be an earthy cigar and that’s the dominant flavor for most of the first third. It sits on top of a mixture of pepper—starting as a milder black pepper and settling more of white pepper—and some indeterminate sweetness. At times there’s a bread flavor—taking on that bad tortilla flavor I smelled from the wrapper—and one sample has a grassy characteristic. Retrohales add more earthiness though there’s a rather unique mixture underneath of sweet citrus and a mineral flavor. The finish of the retrohale had a lot of bread along with more white pepper. Flavor is medium-full, body is full and strength is medium-full. Construction is good with plenty of thick smoke, though each sample develops a cracked wrapper pretty early on. Fortunately it’s low enough on the cigar that it doesn’t seem to affect the burn.

The second third of the Mombacho Cosecha 2015 is still quite earthy but there’s an added sourness and saltiness. While sometimes that might be a bad thing, I think it works quite well here. The profile adds pita bread, red pepper and leather. Fortunately, there’s now some separation between the main flavors and the finish, the latter of which is led by cream soda, leather and white pepper. Retrohales have a meaty flavor—like cured ham—though it’s still quite earthy. There’s pepper, which seems more black pepper than red or white pepper. Flavor is full, body is full and strength is medium-full, though quickly increasing. Construction remains quite good on all three samples. Just after I type “construction was good” in my notes, I take a puff and can both feel and see the smoke production drop. Another puff, even less smoke. It dawns on me that I might have hit the tight spot of the profile—which I have—and I decide to take a lighter out as preventive measure. This happens on all three samples, but that’s not the end of the effects of the tight draw. The pace at which the cigar was burning starts to move at a very slow pace. All of this inevitably affects the flavor, though it’s still dominated by earth. There’s also some herbal flavors, cinnamon, leather and an added nuttiness. The finish tastes like pizza dough with some garlic powder, though the familiar mineral flavor sticks around. For some parts of the final third getting enough smoke for a decent retrohale is tough, though when I’m able to there’s pizza dough and charred earth. Flavor, body and strength all end full. There’s no doubt that I would have enjoyed the cigar without the tighter draw in the final third, though it’s probably not for the most obvious reason. My real issue is that three hours of a heavy earth-forward profile is just a bit more than I wanted. That being said, the Mombacho Cosecha 2015 is still a good cigar. While I understand the added expense of making this cigar, as well as the desire to have a flagship price point, I’m really not sure I enjoy this as much as a lot of Mombacho Cigars S.A.’s regular lines. Furthermore, when it comes to making a purchase, I’d much rather pay less than half for a cigar like the Diplomático By Mombacho Cigars S.A., which I like a bit more than Cosecha 2015.