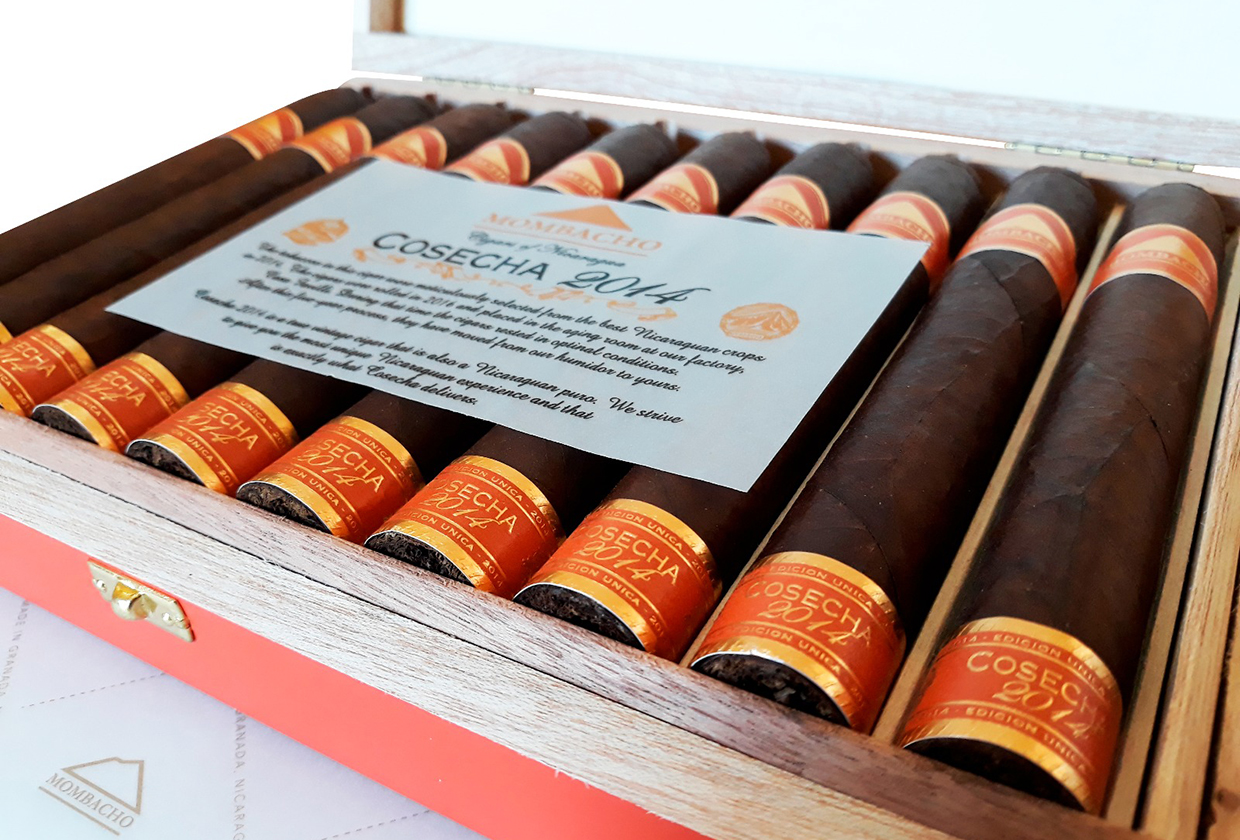 The latest installment of Mombacho’s Cosecha series is on its way to retailers, as today the company announced that the Cosecha 2014 has begun shipping to retailers worldwide.

The line is made up of vintage Nicaraguan puros, with the first cigar in the series, the Mombacho Cosecha 2012, debuting in 2017. The word cosecha means harvest in Spanish, and the year on the cigar refers to the year that all the tobacco used in that release was harvested.

“True vintage is almost impossible to find in the cigar industry and we have created a cigar that showcases the best of Nicaraguan tobaccos with Cosecha,” said Claudio Sgroi, president and master blender of Mombacho Cigars, via a press release. “Cosecha 2012 was great and Cosecha 2013 was even better, Cosecha 2014 will surprise the aficionados once again,” he added.

The project is something that Sgroi said has been in his heart since he started with the company.

After the tobaccos go through the traditional harvesting, curing and fermentation process, the cigars are then rolled and left to age in specially designed rooms at Casa Favilli, the company’s factory in Granada, Nicaragua. In the case of the Cosecha 2014 release, they have been resting since early 2016. The company currently has the Cosecha 2015 aging, while the Cosecha 2017 will soon be rolled so they can begin their aging for eventual release in 2022.

The Cosecha 2014 is a 6 x 52 toro that comes with a pigtail cap. It is offered at $21.95 per cigar and presented in 10-count boxes, with just 750 boxes produced. The company will have it prominently featured in its booth during the upcoming IPCPR Convention & Trade Show, which opens on June 28 and runs through July 2.