Cuba will soon have a new president, and for the first time in just over 41 years, it will not be someone with the last name Castro.

As part of the meeting of the National Assembly on Wednesday, President Raúl Castro followed through with his long-standing plan to step down, and Miguel Díaz-Canel, who will turn 58-years-old on Friday, was the only person nominated for the presidency, effectively solidifying him as the country’s next leader for the next five years. The vote by the country’s parliament is scheduled to take place on Wednesday afternoon as part of its election of a new Council of State, with the official results to be announced on Thursday following the meeting’s adjournment. 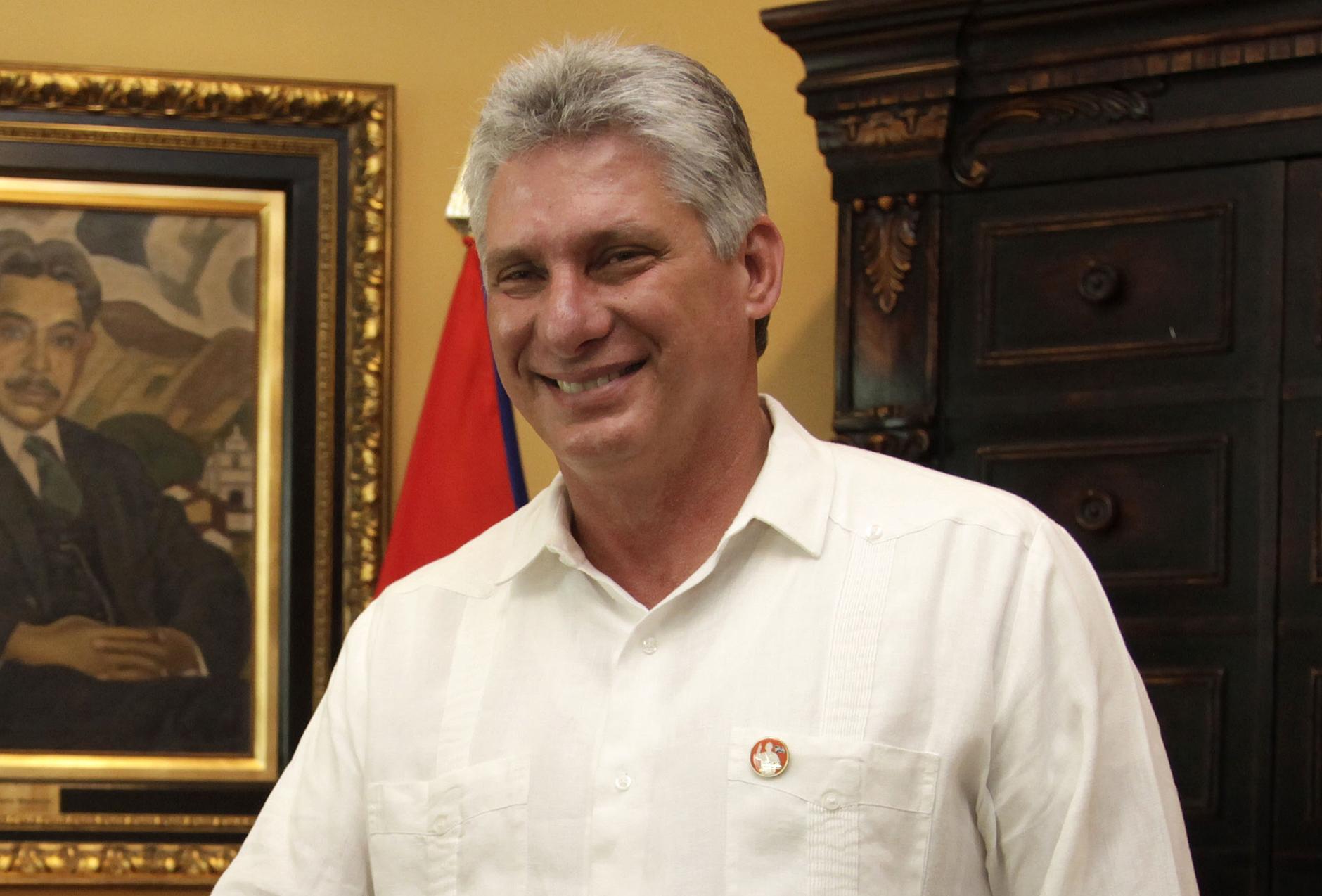 While not a Castro, Díaz-Canel has been closely tied to the brothers and the Communist Party of Cuba and is considered to be hand-picked for the position by Raúl Castro. He has promised that there will be “continuity” with the Castro’s leadership, which many have taken to mean no changes to the single-party political system, continued restrictions on private enterprise, and restrictions on foreign investment.

The election of a new president comes at a delicate time of relations between the United States and Cuba, as well as instability between the U.S. and several of Cuba’s allies, including Russia and China, both of which have active involvement and investment on the island.

While President Barack Obama had sought to increase and improve relations, restrictions have been tightened and relations strained under the administration of President Donald Trump.

While not able to lift the embargo, which would require Congress to approve, President Obama sought to make it easier for Americans to travel to the island, as well as purchase Cuban goods, including rum and cigars. He also sought to help U.S. nationals provide money and support to the Cuban people and the country’s infrastructure while giving Cubans expanded opportunities to receive scholarships and grants to study in the United States, including for scientific research and religious activities. Clinical and non-clinical medical trials of Cuban treatments were also to be allowed to be conducted in the United States.

His directive also called for U.S. businesses to be able to sell consumer goods online directly to Cubans without requiring a license first. The Office of Foreign Assets Control was to lift a regulation that prevented a ship from docking at a U.S. port to load or unload cargo if it had been in Cuba within the past 180 days.

In regard to the Cuban government, the directive explicitly said it would not seek a regime change, and that the U.S. “will continue to make clear that the United States cannot impose a different model on Cuba because the future of Cuba is up to the Cuban people.” It called on the Cuban government to offer respect for universal human rights and fundamental freedoms for every individual.

However, during his campaign, President Trump vowed to “completely cancel” any agreements made by his predecessor in regard to Cuba, calling it a “one-sided deal.” In August 2017, the president signed an executive order that required government permission for Americans to travel the island, as well as prohibiting U.S. businesses and citizens from transactions with entities controlled by the Cuban military or its intelligence and security services. While not a complete cancellation, it certainly pumped the brakes on the progress sought by the former president.

Additionally, what has been described as “sonic attacks” on American diplomats further strained tensions between the two countries. Between November 2016 and August 2017, two dozen Americans reported symptoms of hearing loss, headaches and cognitive problems. While a conclusive explanation has not yet been offered, researchers at the University of Michigan have suggested that a pair of ultrasound listening devices may have been placed too close together, creating interference and causing the conditions. President Trump recalled the majority of U.S. Embassy staff, leaving only essential personnel in place. He also evicted 17 staff members from Cuba’s embassy in Washington, D.C. last September.

The Cuban government has denied having any involvement with such an attack. 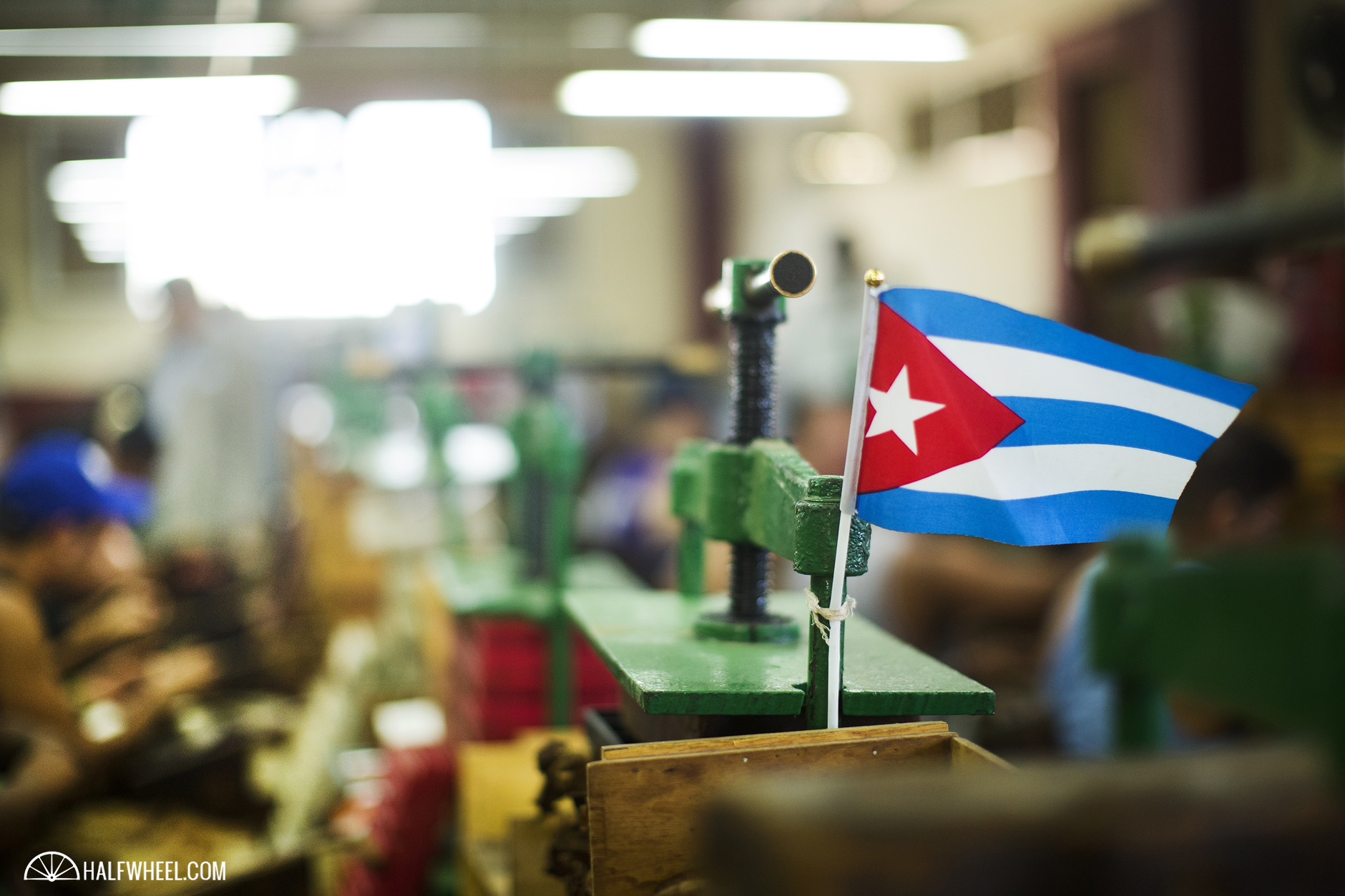 While Díaz-Canel has been seen as a more-forward thinking leader who could help reset relations between the two countries, a leaked video from a closed-door government meeting in February 2017 showed him saying that the U.S. invaded Cuba, put the blockade in place, and imposed restrictive measures, and that the U.S. will have to “solve those asymmetries” if it wants to have normalized relations. “We don’t have to give anything in exchange,” he said, adding that President Obama’s attempt to return to normalized relations were a new attempt at “the destruction of the revolution.”

He has also called for continued censorship of opposition media, has scorned Cuban dissidents, and accused several European embassies of subversive activity.

It remains to be seen how Díaz-Canel will embrace his predecessor’s economic and social reforms, which allowed Cubans to operate small businesses through cooperatives and allowing for more self-employment, as well as allowing for the buying and selling of real estate and vehicles. Castro also allowed for increased internet access, loosened travel restrictions for Cuban citizens, opened the country to increased foreign investment, adopted a comprehensive tax code, and began leasing unused state land to farmers for agricultural development. However, many of those initiatives were suspended during the summer of 2017, as the government felt that some entrepreneurs were taking the idea too far, such as circumventing official government channels for supplies or evading taxes. It was clear that the government was not ready to see some of its citizens experiencing a rapid influx of money and the changes that come with that. New regulations are still to be announced.

There also remains talk about unifying the country’s dual currency system, which has many fearful about an economic upheaval and further unbalancing among the Cuban people. Díaz-Canel began his political career  in his hometown of Villa Clara; coinciding with his graduation from the Central University of Las Villas in 1982 as an electronics engineer, he joined the Cuban Revolutionary Armed Forces. He taught at the university beginning April 1985, and in 1987, he performed an international mission in Nicaragua while bearing the title of first secretary of the Union of Young Communists of Villa Clara

He continued to climb the party’s ranks in the years following; in 1994 he was elected first secretary of the Provincial Party Committee of Villa Clara Province, and in 2003 won election to the same role in the province of Holguín.

In 2003, he became a member of the Politburo, which is the party’s highest decision-making body in between sessions of the Central Committee. In 2009, he was named the minister of higher education, a position he held until 2012. Following that, he was promoted to the role vice president of the Council of Ministers, also known as the deputy prime minister, and was elected as first vice president of the Council of State in 2013.

He replaces the 86-year-old Raúl Castro, who announced his plans to step down from the office in 2013. He planned to serve two terms before allowing for a new leader to be elected, though there is thought that was done so he would be able to oversee and guide the new president through the transition.

Castro has officially been the president of Cuba since February 2008, having taken over for his brother, Fidel, who had held the title since December 1976 after a rewriting of the Cuban constitution. However, the younger Castro brother was given provisional power when Fidel’s health began to worsen in 2006.

Fidel Castro held power under other titles for several years prior following the overthrow of Fulgencio Batista, including the 16th prime minister of Cuba from February 1959 until December 1976, and first secretary of the Central Committee of the Communist Party of Cuba from June 1961 to April 2011. He died in November 2016.

While Raúl Castro will no longer hold the title of president, his power and influence will still be felt. He will remain both first secretary of the Communist Party of Cuba and a member of the National Assembly, and the Castro name will continue to be found on billboards and signs across the island.

The full election being held in Havana includes the 31-member Council of State, though there is only one candidate nominated for each position, and the 605 deputies are only allowed to vote yes or no on the slate as a whole. No members of the Castro family are on the ballot, which also includes the six vice presidents of the government, of which three nominees will be new to the office.

It comes a day ahead of its original schedule, as the government moved the meeting from Thursday to Wednesday citing the importance of the election, though it also comes nearly two months after its originally scheduled date of February 24. Due to damage caused by Hurricane Irma, the government extended Castro’s term and delayed the election.