When it comes to the winter months, and it’s too cold to sit outside smoking larger cigars, many consumers turn to smaller cigars that can be enjoyed in less time. Numerous cigar makers have taken notice and embraced the change that the colder months necessitate, using them to release smaller, shorter cigars that don’t require a lot of time to be smoked. 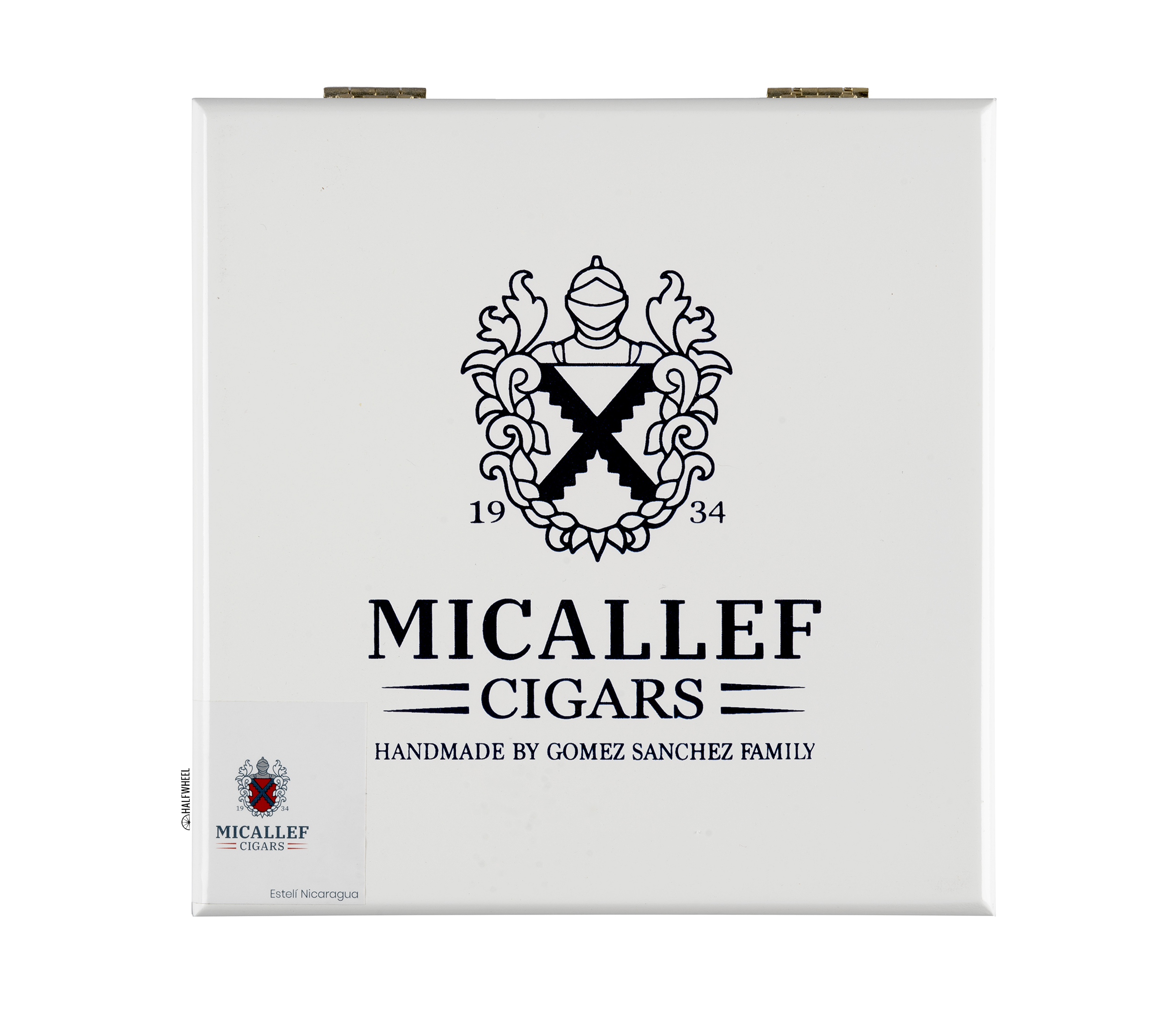 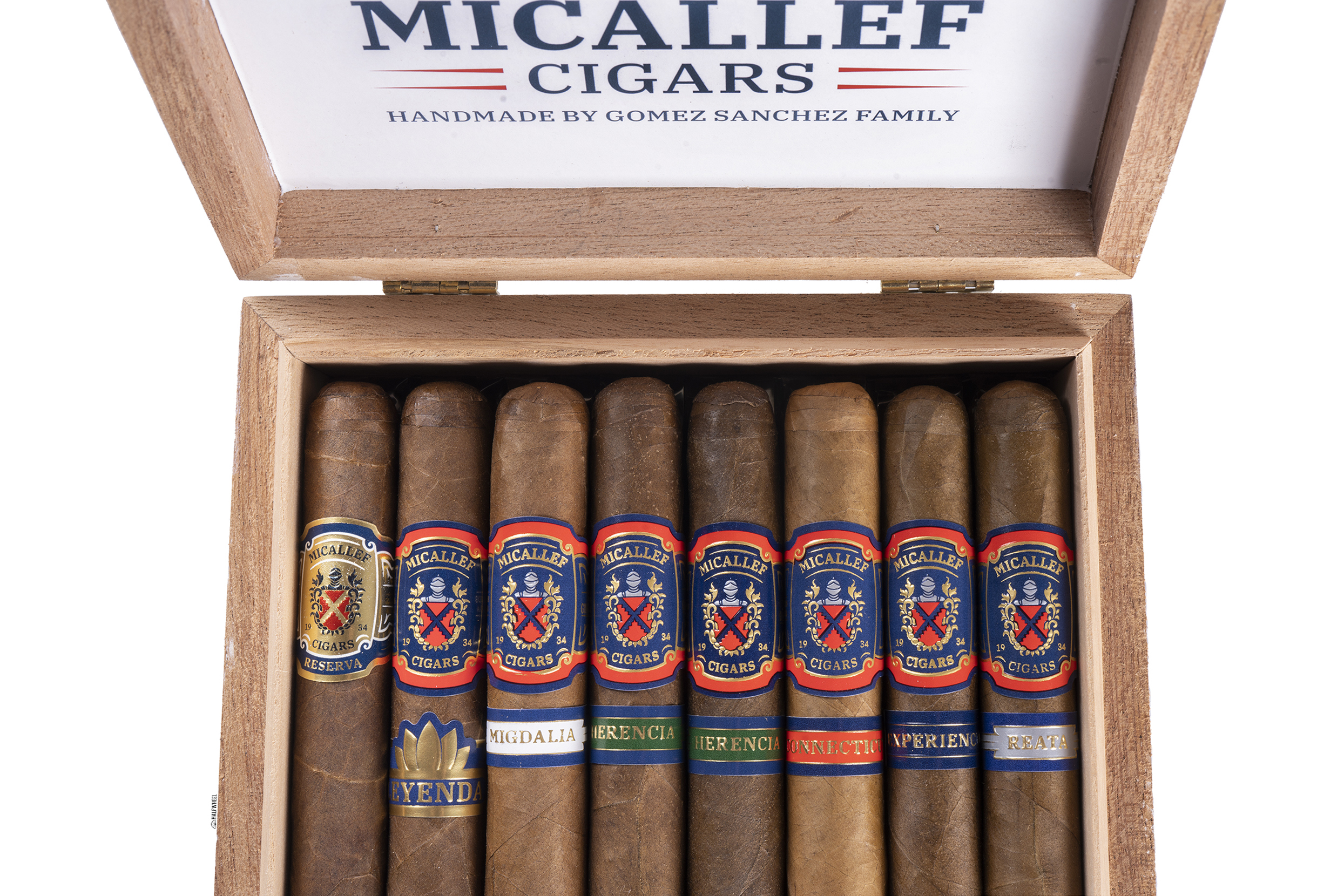 In October 2022, Micallef Cigars released the Micallef Collectors Edition, a sampler containing 16 cigars, all in a 5 x 40 corona vitola, with two each of eight blends from the company’s portfolio.

Note: The following shows the various Micallef Collectors Edition vitolas. Some of these cigars may have been released after this post was originally published. The list was last updated on Dec. 31, 2022 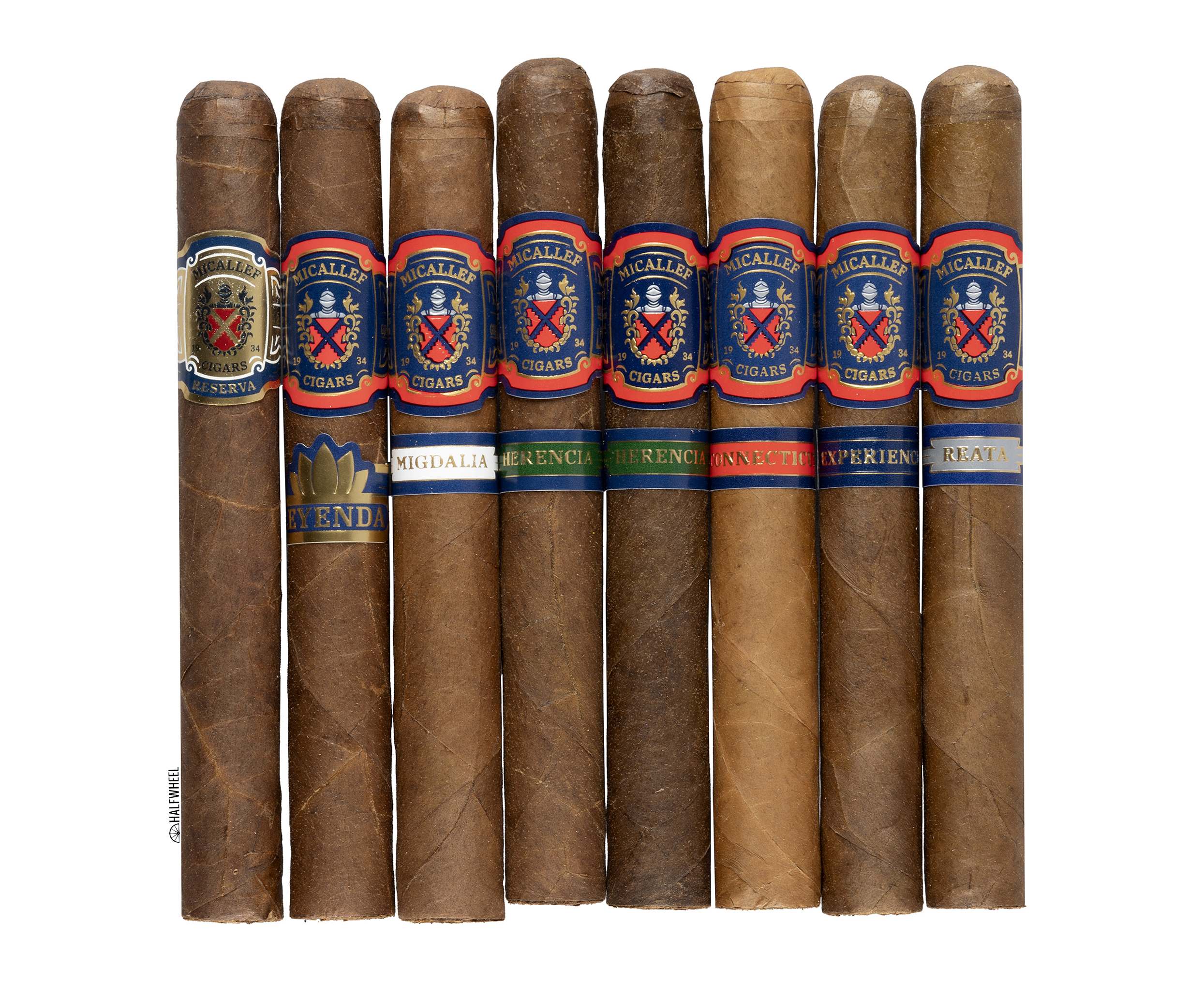 Small, short cigars have few puffs to waste, and the Micallef Reserva Londres makes the most out of almost every one it has to offer. The cigar starts on a fuller note, getting up to speed and right to work on the senses. From there, it's an enjoyable journey that takes just under 90 minutes, and other than needing to get in step with the optimal puffing rate, nothing gets in the way of the cigar doing its thing.

This marked the first time that any of the blends have been available in this vitola.

The Micallef Reserva blend uses a Mexican San Andrés habano wrapper, a Nicaraguan binder, and fillers from the Dominican Republic, Honduras and Peru. The line is also offered in a 6 x 52 toro and a 7 x 52 Churchill.

The company describes it as a medium-strength profile and “the cigar that started it all for Micallef,” noting that it was made especially for Al Micallef by the Gomez Sanchez family. Compared to the majority of cigars that I have smoked lately, the Micallef Reserva Londres is a refreshingly small vitola, one that doesn’t automatically bring to mind how I’m going to be spending the next two-and-a-half hours. The wrapper is on the darker side of medium-brown, with an even color and just a few small veins, a matte finish and a slightly dry texture to my fingers. Each of the three cigars is rolled quite well, with tight and nearly invisible seams and cleanly constructed heads and caps. Density-wise, two are on the firm side, feeling like they’re filled quite well but not to the point of being overly hard, while the third is a good bit softer. The wrapper has a very light aroma of raw almonds, while the foot is a bit fuller and richer in its aroma, though I don’t pick out a truly distinct component. There’s a bit of pepper as well as occasional hints at meatiness with a soy sauce glaze, with one cigar adding a dense cake-like sensation, almost like banana bread but without the banana. The cold draw is quite smooth and has a bit of creamy sweetness as the first sensation, reminding me of the kind of vanilla filling I’d find between layers of vanilla cake. I don’t get much pepper on the cold draw, but some dry wood elicits a bit of tingle.

The first puffs are pleasantly rich and full, with a peppery accent on the finish and another on a retrohale. For a small cigar, there is plenty of smoke out of the gate, enhanced by a very smooth draw that seems to maximize how much the Micallef Reserva Londres is able to offer. As the cigar establishes itself in the first third, I find myself retrohaling fairly frequently to let the pronounced black pepper drive the experience. It’s potent and rich, not quite as strong as sampling leaves of ligero, but not too far off, either. As for the flavor, there is a hearty, ligero-driven black pepper there as well, but it is a bit tamer, co-mingled with a bit of almond, pencil wood, creaminess, and a bit of oiliness. The pepper on the finish is unmistakable, lingering on the taste buds with a mix of earth and a finish that, while not vegetal, shows its plant roots. It’s a fairly full flavor and aroma to start the cigar, while the body of the smoke is medium-plus and strength starts out around medium. Construction is very good, though since it’s been a while since I’ve smoked a cigar of this ring gauge, I find myself needing to recalibrate my puffing rate.

While the second third brings about a bit more creaminess, it also adds in more white pepper, with a bit of chalk and mineral noticeable on the finish. The initial puff with this change is very enjoyable and really wakes up the senses, while the finish leaves me looking for a glass of water. As for the ligero-esque pepper, it’s still present, and while there are some puffs where it seems to step into the background, the finish of each puff reminds me of its presence. By the midpoint, the change in profile is more noticeable and distinctive, though it doesn’t mean the cigar has taken an entirely new path. The final puffs of this section see the profile get a bit earthier, a bit more robust, and a bit more lingering at the top of my throat on the finish. Even with the change, I’d say the cigar has backed down to medium-full, while the smoke is still medium-plus and strength is still medium. As the final third of the Micallef Reserva Londres gets going, I find myself still struggling a bit with the puffing rate, as I have to think that my pausing to write down some notes is leading the cigar to either go out or get close to doing so. Flavor-wise, the cigar continues to make little changes as it tries to hone in on its best flavor, and there are points at the start of this section when I think it might have found it. There is still plenty of the ligero pepper in the profile and on the finish, while the supporting notes offer creaminess, white pepper, and a more robust earth that is also contributing to the finish. The one detractor is that the earth seems to cause a bit of irritation, leading to a flavor that reminds me of raw almonds with a touch of dry wood. Flavor finishes medium-plus, body is medium-plus, and strength is medium. Construction remains good on all fronts, though combustion can still be challenging at times, leading to more relights than I would like. Small, short cigars have few puffs to waste, and the Micallef Reserva Londres makes the most out of almost every one it has to offer. The cigar starts on a fuller note, getting up to speed and right to work on the senses. From there, it's an enjoyable journey that takes just under 90 minutes, and other than needing to get in step with the optimal puffing rate, nothing gets in the way of the cigar doing its thing.