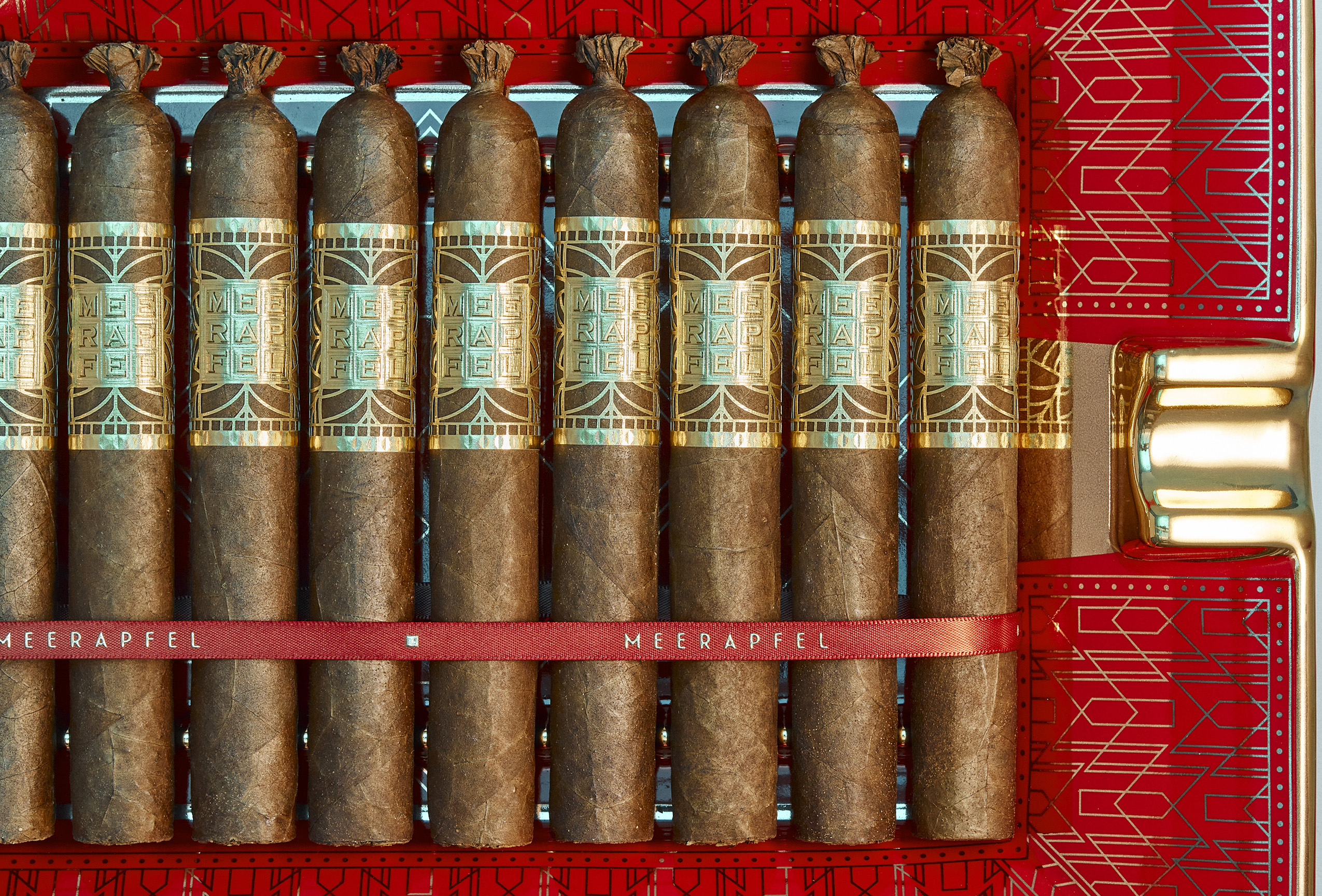 The first release from Meerapfel Cigar is set to begin shipping, as the company has announced that the first boxes of the Meerapfel Cigar Richard Double Robusto have been hand-delivered to a store in Dubai. This kicks off the wider release of the Richard, which will begin shipping to stores both in the U.S. and international markets in early October. 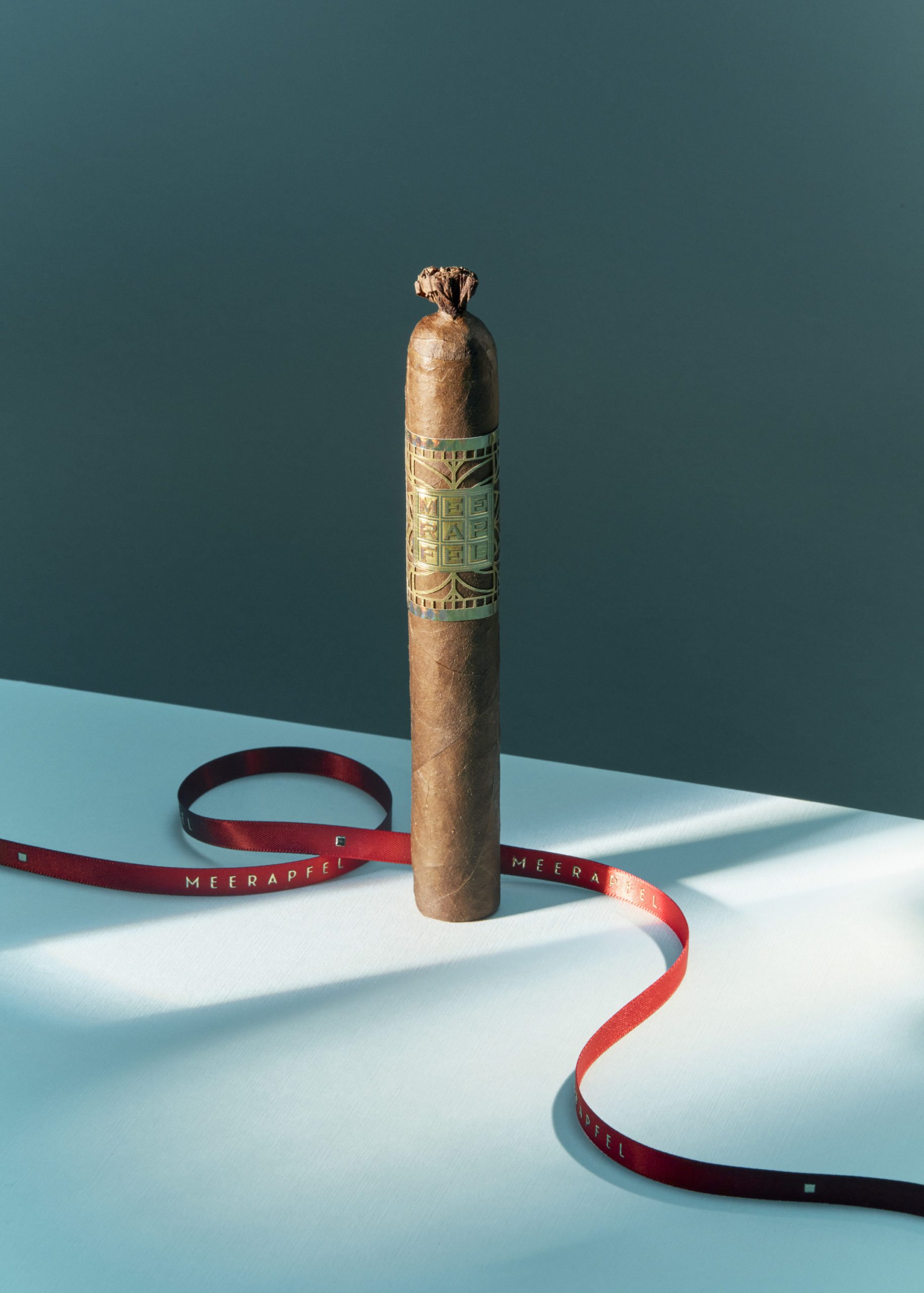 The cigar is a 5 3/4 x 52 parejo vitola with a twisted cap and comes with an MSRP of $86 per cigar in the U.S. or €94 per cigar in the Meerapfel’s home market of Belgium. The size is being released in 10-count boxes that the company describes as chests, which are rather unique as inside each box is a tray that can be used to either display the cigars or as an ashtray. 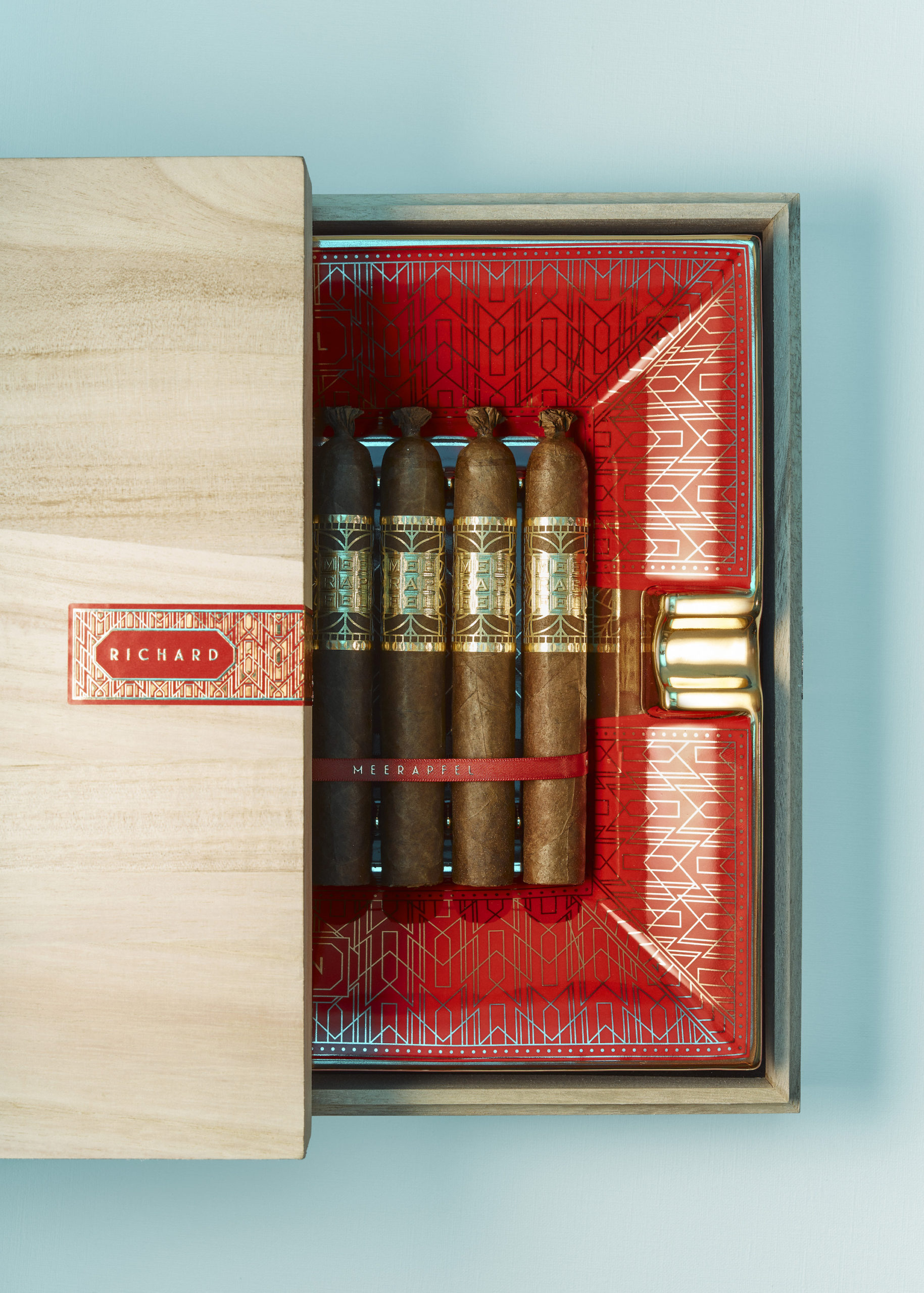 As for the blend, the company has only confirmed that the cigar uses a vintage Cameroon wrapper but has not released any specifics about that leaf or the binder and filler underneath it. It is also not disclosing the factory producing the line.

“A tribute to our past; respecting our future,” said Jeremiah Meerapfel in a press release. “The UberLuxury is an expression of tradition, values, and respect. It is the mission of Meerapfel to preserve and perpetuate this expression.

This is the first of seven vitolas that the company plans on releasing for the Richard line, which is named for the late Richard Meerapfel, who passed away in 2003:

The MSRPs for the other vitolas will range from $38-63 or €41-68 in Belgium, and each vitola will be limited to a release of just 613 boxes of 25 cigars per year. A timeline for their release(s) has not yet been announced.