In November, Bombay Tobak announced the addition of both a new blend and a new vitola with a familiar moniker: the Kēsara Vintage Reserve Nikka.

While the cigar shares a name with the company’s Kēsara line, it is actually a slightly different blend, adding some Peruvian tobacco to the already existing Dominican tobacco in the filler, and keeping the same an Ecuadorian Havana binder and Ecuadorian Connecticut des florado 2002 wrapper. In addition, the new release uses tobaccos that are aged for three additional years compared to the regular Kēsara line, and these specific cigars are aged in a hybrid sandalwood and Spanish cedar coffin for up to nine months.

“Refining the ‘MBombay Experience’ of fine long aged tobacco blends is what we have done in our Vintage Reserve line of cigars,” said Mel Shah, the founder and owner of MBombay, in a press release. “We want consumers to truly understand our passion for tobacco.” 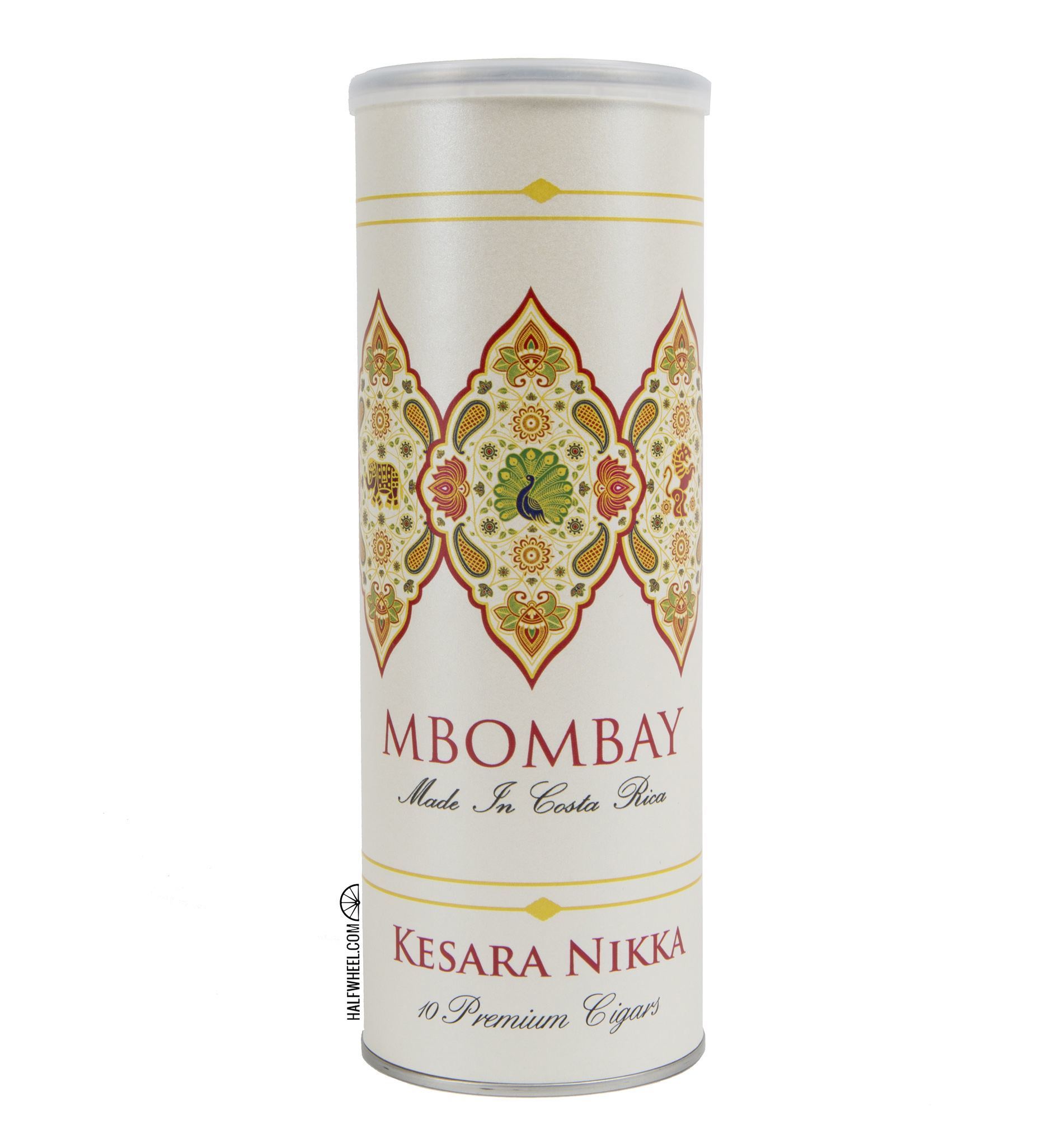 The vitola is also unique in the Kēsara line, a 6 1/2 x 46 cigar that is being sold in tubes of 10 with an MSRP of $12 each and according to Shah, there will be a limit of 2,500 cigars produced a year. In addition, while the launch date was announced as Dec. 15, Shah told halfwheel the cigars will actually begin shipping to retailers a day earlier than expected on Dec. 14.

There have been two different cigars announced in the Vintage Reserve line so far: Like the rest of the Kēsara line, the Vintage Reserve Nikka is covered in a golden brown wrapper that is almost, but not quite, sliky smooth to the touch. Visually, the cigar features both a pigtail as well as a covered foot, and I can feel a soft spot about 1/2 inch from the end. There is a bit of oil present, along with some veins, and the cigar is appropriately spongy when squeezed. Aroma from the wrapper is a surprisingly muted combination of creamy nuts, orange citrus, barnyard, coffee and earth, while the cold draw brings flavors of strong leather, green coffee beans, earth, nuts and oak.

The first third of the Vintage Reserve Nikka starts off with some dominant creamy almonds and leather, along with less intense flavors of hay, cedar, floral, espresso and licorice. There is a nice vanilla sweetness on the retrohale that is pulled over from the cold draw, and while it is not all that strong of a note, it combines well with some pepper that is also present. I am tasting some apricot sweetness as well every once in a while, but it is fleeting, and nowhere near a major flavor. The draw is excellent so far, and the burn is as close to being razor sharp as you can get without actually being razor sharp, while the smoke emanating off of the foot is both copious and dense. The strength is almost nonexistent so far, barely hitting a point halfway between mild and medium for the end of the first third. The apricot sweetness becomes a bit more dominant in the second third of the Nikka, combining well with the other notes of creamy nuts and leather that are still at the forefront as well. Other flavors of grass, gritty earth, dark cocoa, bitter espresso and cedar flit in and out, while the pepper on the retrohale is starting an upward trend. Both the burn and draw continue to impress, and the smoke production remains quite high off of the foot. Strength-wise, the Nikka still has not reached the medium mark by the end of the second third, but it is close enough that I don’t think it will have a problem getting there eventually. There is a new note that shows up in the final third of the MBombay Kēsara Vintage Reserve Nikka, namely an interesting — albeit fairly undefined — citrus flavor that is only present on the retrohale. The  dominant flavors remain a combination of creamy almonds and leather, interspersed with other notes of hay, barnyard, dark chocolate, coffee beans, licorice and a slight meatiness. The strength of the apricot sweetness is down from its high point in the second third, but is still quite noticeable, and really plays well with the rest of the flavors that are present. The construction literally could not get any better, and the smoke production shows no sign of slowing down. As expected, the overall strength finally hits the medium mark, but stalls out there before I put the nub down with about half an inch left. I have always enjoyed the Kēsara line for what it is: a lower strength, full flavored blend. However, I have always wanted to try a smaller ring gauge, and the MBombay Kēsara Vintage Reserve Nikka delivers exactly what I was looking for, amping up both the flavors and the distinctness of the notes that are present. Construction was excellent for all samples, and the smoke production was quite copious as well. The apricot sweetness that is present in the blend is as unique as it is enjoyable, and I found myself looking forward to smoking another sample just to see if it would be there. A very nice cigar, and a nice addition to the Kēsara line.