Mel Shah of Bombay Tobak has embraced his heritage in all of his cigars, naming lines and vitolas for Sanskrit terms. For his latest cigar, which he has said is its own stand alone line, he once again reaches into Sanskrit for Gaaja.

Pronounced GUY-yuh, the new line’s name comes from Gaja, a word which has roots in Hindu mythology and refers to the elephant, a symbol frequently seen in that religious tradition. The elephant is a teacher and symbol of patience, which Shah felt was appropriate for this cigars release as he began working on in it in 2012.

The four year development process was done with the goal of making a cigar that offers plenty of flavor but not overpowering strength, and Shah has tapped into tobaccos from four countries to achieve his goal. The wrapper is an Ecuadorian hybrid, while the binder also comes from that country. For the filler, Shah used tobaccos from the Dominican Republic, Ecuador, Peru and one country not often seen on blend lists: Paraguay.

Shah said that the leaf of Paraguayan habano hybrid tobacco was used as much for body as anything, though it helped to preserve the sweetness of the Dominican criollo. It also helps to develop the mouthfeel of the smoke from the Gaaja.

As for plans to expand the line into more sizes, Shah says more sizes are in the plans, but there are only two rollers at the factory making the Gaaja, with three others currently being trained, so future sizes will likely need to wait until they are proficient in making them. 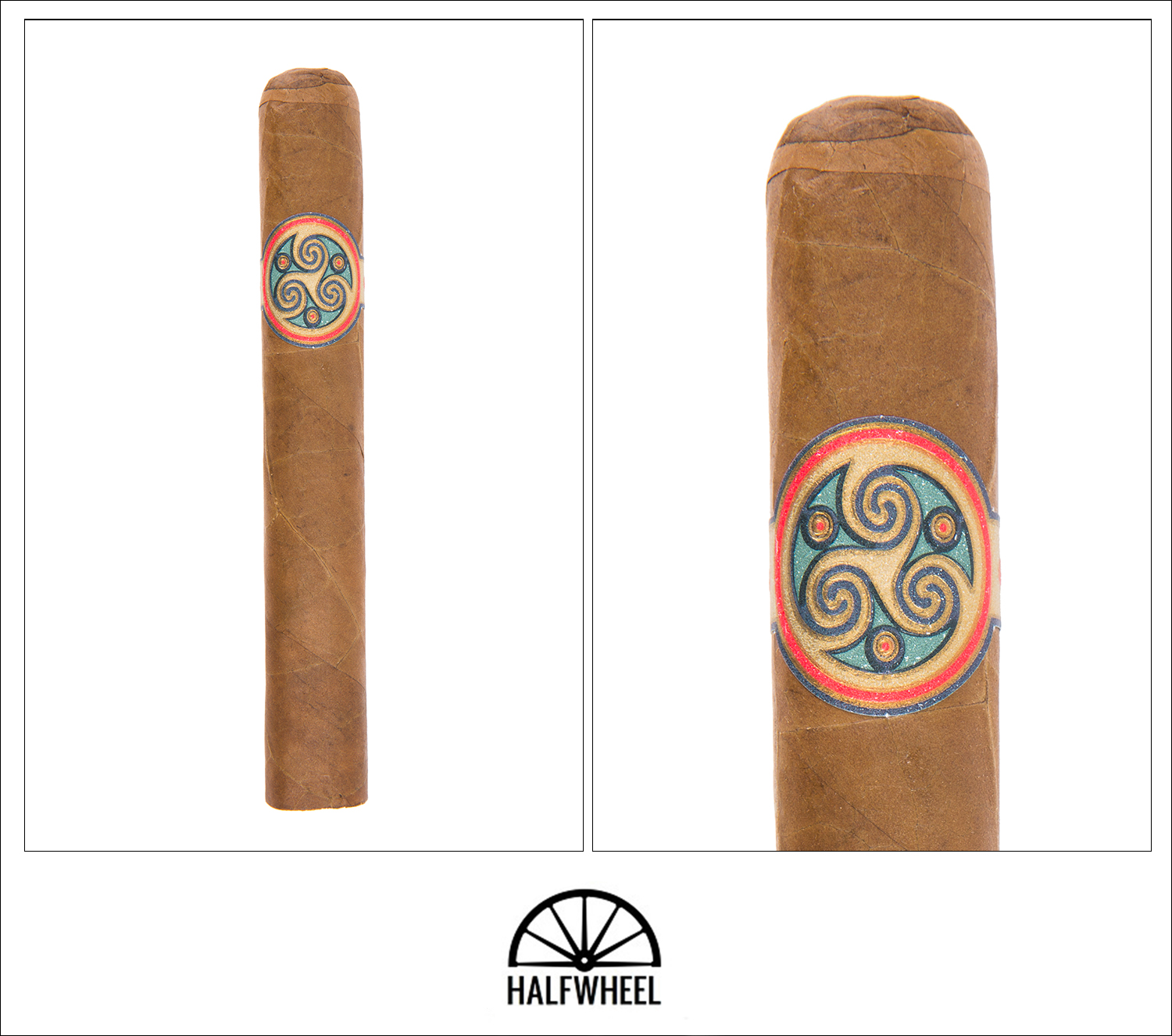 While the band may be the first thing to catch my eye, it’s the wrapper that’s the first thing to catch my attention. It’s one of the smoothest capas I’ve put my fingers on in some time, stretched tight and perfectly smooth with just a touch of oil and no prominent veins. The wrapper has a toffee color to it, and the box press gives the Gaaja a bit of a candy bar shape. There’s some standard box-press give to the cigar, a touch more side to side than top to bottom but no areas of concern. The foot presents a complex aroma that elicits notes of Cuban coffee, brown sugar, vanilla cupcake batter, banana and green apple. The cold draw is easy with little restriction and a bit less in the way of a pre-light offering; the cupcake batter returns with a bit of unsalted butter, banana and a hint of toffee. What is concerning is that the head of the cigar does not respond well to being cut; I went with my cigar scissors on the first two samples and it resulted in cracks and part of the wrapper becoming undone, to the point where I put a little cigar glue on it to hold it together. The Lotus Jaws was used on the third cigar and didn’t cause any damage.

The MBombay Gaaja doesn’t open with an upfront amount of pepper unless you pass some of the smoke through your nose, but within the first five minutes I can feel a bit of it developing on my palate, and my first retrohale confirms that there is indeed some that is part of the equation, yet it isn’t overbearing. The draw is smooth and effortless out of the gate, with plenty of smoke being produced. By the time the first clump of ash drops off at about an inch and a half in length, the cigar is showing very subtle amounts of white pepper with undertones of burnt butter and banana while teasing a bit of caramel. It is a very subtle sweetness and one that can be easily overlooked, but it is there and recognizing it greatly enhances the overall experience with the cigar. Where the Gaaja really impresses is with its lingering finish, which seems to get stronger as it dissipates. While the first impression is a dry wood note it’s a bit misleading; the mouth doesn’t dry out and there’s a slight peppery tingle that provides as much physical stimulation as sensory. I’m a bit surprised by how quickly the Gaaja has progressed through the first third, as even with my normal rate of smoking it’s been just about 30-40 minutes. If one thing has become clear about the Gaaja in the first third and the start of the second third, it is that the relationship between the leading white pepper and subtle undertones of sweetness will be the focal point of the cigar. The pepper takes a fairly commanding lead of the profile into the second third, making it hard it not impossible in certain puffs to find that sweetness, yet it never completely disappear for more than a few moments. At its strongest, the pepper does get a bit irritating in the throat, but those moments are fairly few and far between, yet would be one thing I think time will help to resolve. The cigar doesn’t offer drastic transitions, but rather subtle turns and veers where the mix of the two main components fluctuates, and at its best finds near perfect balance. The burn line and draw are near perfect, never suggesting that there’s any sort of issue. By the end of the second third, I’m struggling to find the exact word or phrase to describe the profile; it’s smooth but still imparts a peppery tingle on the palate; creamy but not overly sweet; and subtly highlighted by a bit of wood and white pepper. The first thing I notice about the final third of the Gaaja is that I’m getting some strength from the cigar; the nicotine has been fairly mild up to this point, but suddenly it comes on as the flavor increases a bit with a sprinkling of black pepper on the tongue. The smoothness is also starting to dissipate, as the tickles of harshness are a bit more regular. The dance between pepper and sweetness continues, something that if proper attention is paid will be the lasting memory from this cigar. There’s just a touch of harshness from the heat of the final inch, tolerable if minimized by puffing a bit slower but an acceptable trade-off for what has otherwise been a very good cigar from start to finish. Cigars with subtleties have always been a favorite of mine, but I feel like they come with a fairly high cost of admission: your undivided attention in order to get the most out of them. For the first half of the cigar, the Gaaja asks for and rewards your attention with a very intricate dance of sweetness and white pepper. While it seems evenly matched early on, the pepper begins to take the lead and ends up driving the second half of the cigar, which while not inherently bad, takes the cigar in a direction it didn't necessarily need to be taken. While this is a fantastic cigar now, I have a feeling that time will only enhance it and allow the intricate layers of flavor and subtlety it contains to be even more accessible and enjoyable.