In August, Matilde Cigar Co. shipped a brand new blend to just 10 stores around the U.S.. Named Serena, the line is composed of four different vitolas, and was actually not shown off at the 2016 IPCPR Convention & Trade Show.

In terms of blend, the Matilde Serena incorporates an Ecuadorian Connecticut shade wrapper covering a Dominican binder as well as filler tobaccos from both the Dominican Republic and Nicaragua. In addition, the cigar is packaged in 20-count boxes and is being rolled at Tabacalera Palma in Tamboril, Dominican Republic, which Matilde Cigars moved its production to late last year.

There were four vitolas of the Matilde Serena available when the line debuted. 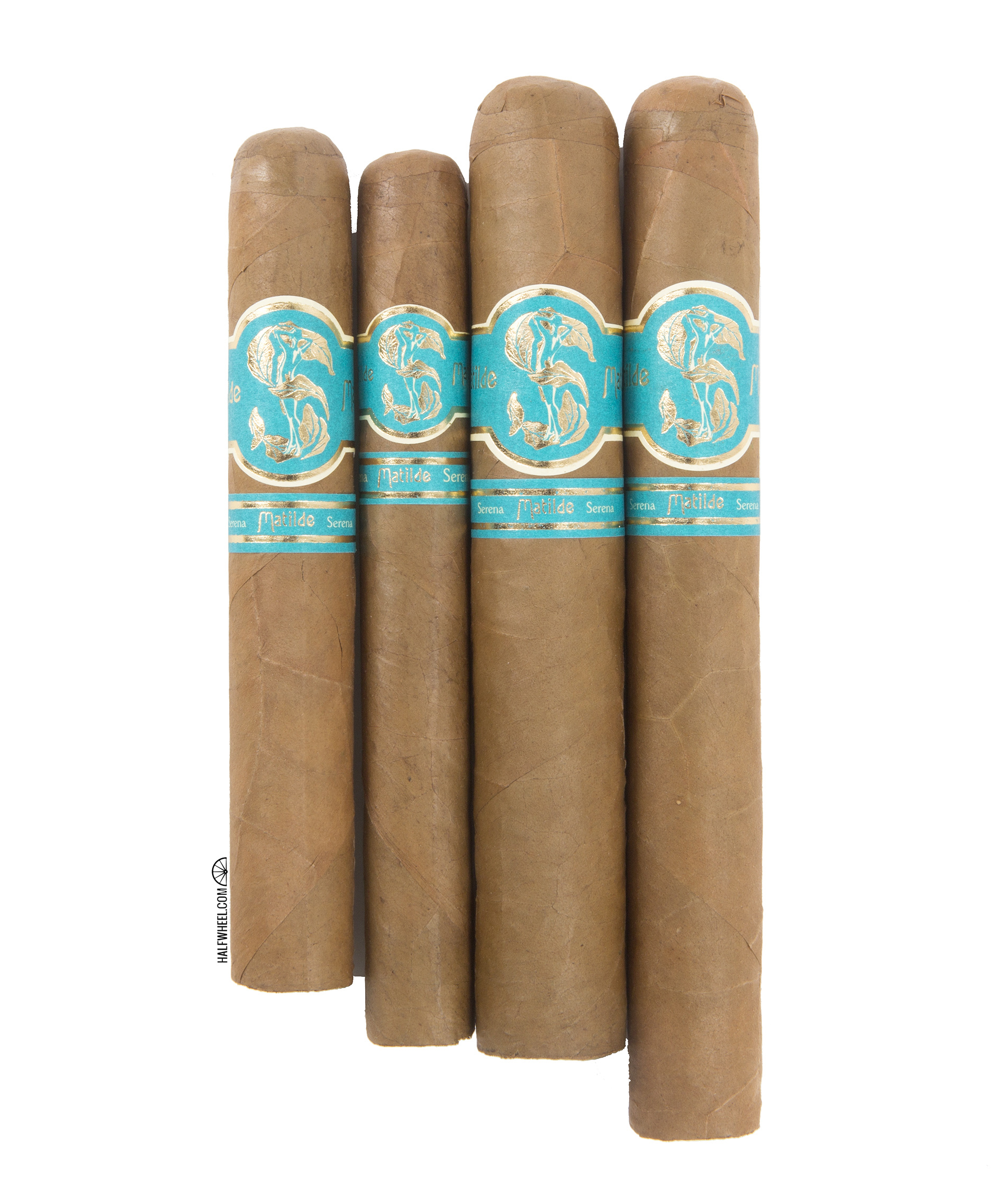 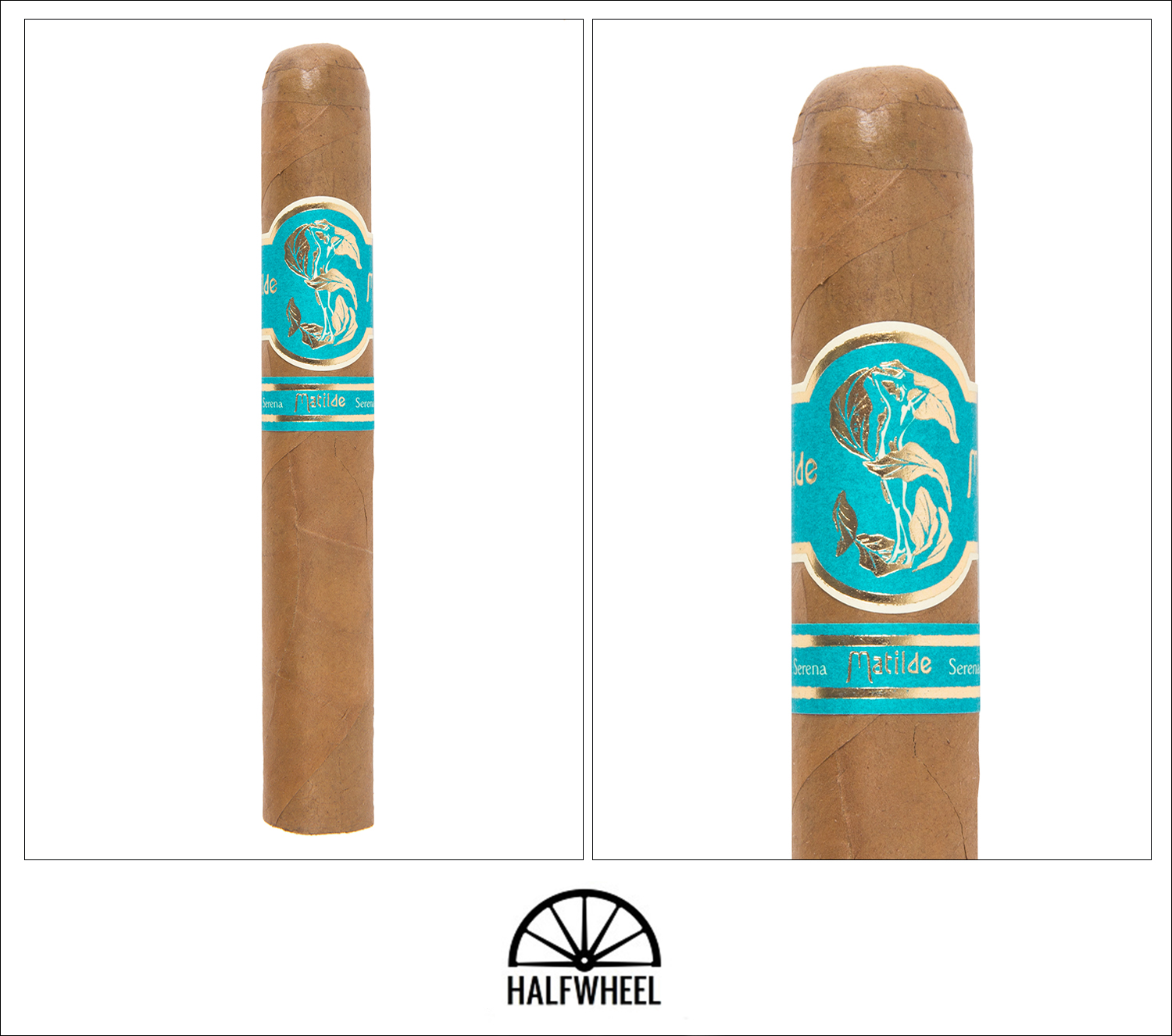 The Matilde Serena Corona is covered in a nutty brown wrapper that is slick to the touch and features a copious amount of oil. There are very few veins visible and the cigar has very little give when squeezed. Aroma from the wrapper is a combination of creamy oak, sweet rum, white pepper, espresso and cocoa nibs, while the cold draw brings flavors of pistachios, aged oak, leather, barnyard, dark chocolate and hay.

Starting out the first third of the Matilde Serena Corona, and a combination of both generic nuts and floral are dominant, with lesser notes of earth, hay, dark cocoa nibs, oak and bread brining up the rear. There is a touch of both black pepper and a sweetness that reminds me of bananas on the retrohale, but both notes are just not strong enough to really effect the overall profile yet. Both the burn and draw are fantastic from the first puff, and the amount of smoke coming off of the foot is well above average, albeit a bit thin in body. Strength-wise, the Matilde barely makes it out of the mild range by the time the first third comes to an end, but it is obviously still rising. As the second third of the Matilde Serena starts, an interesting—albeit a bit off-putting—ripe green pepper note takes the top spot, followed by flavors of barnyard, grass, oak, tree bark and leather. Both the banana sweetness and black pepper are long gone from the retrohale by the halfway point, and the finish has become a bit dry as well. The burn and draw continue to impress, and while the overall strength has increased, the cigar still struggles to make it anywhere close to the medium mark by the time the second third ends. 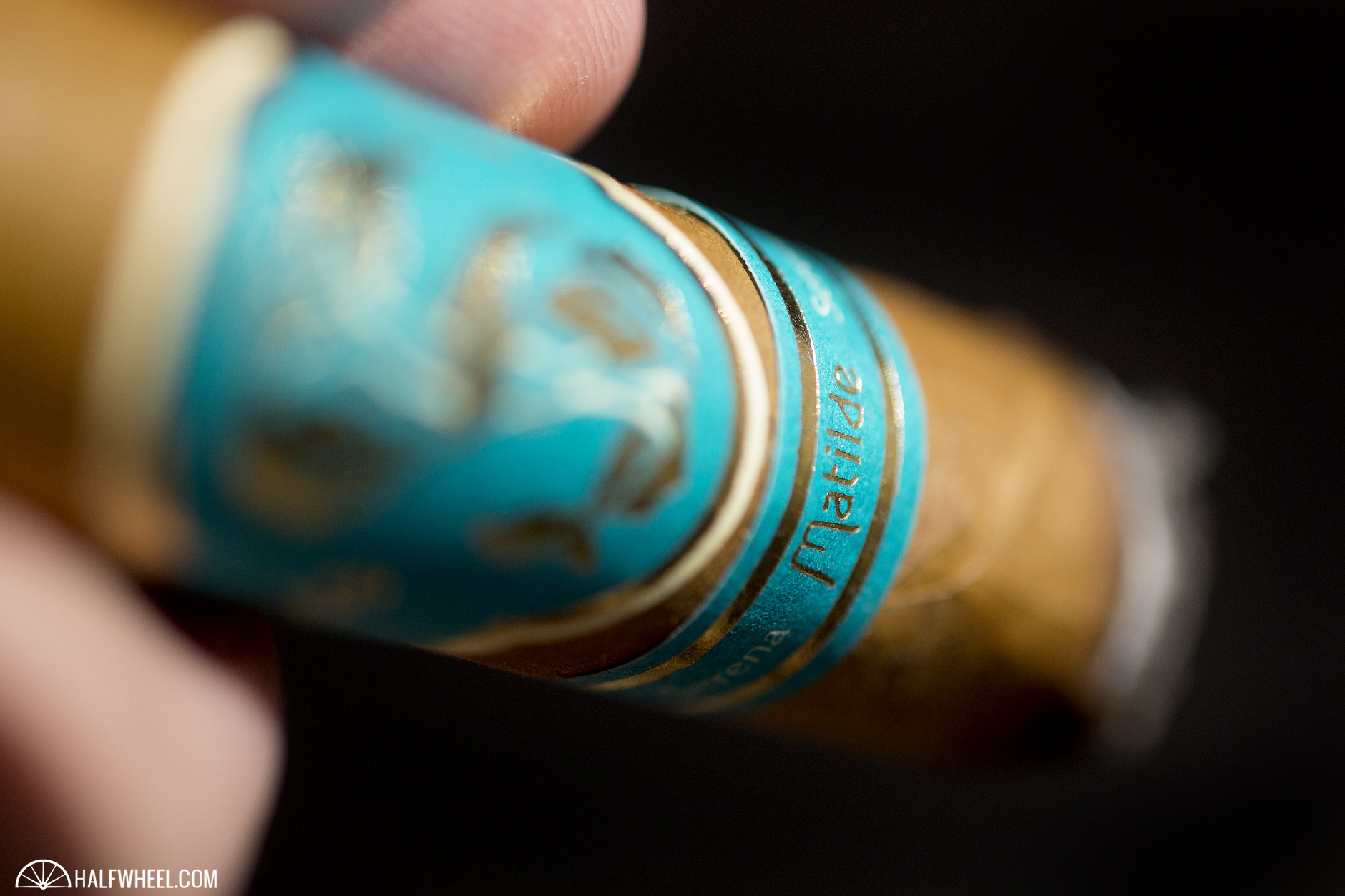 Thankfully, the final third of the Serena is better than the one preceding it, as a great creamy oak and almond combination become the dominant flavors, followed closely by other notes of lemon citrus, hay, milk chocolate, bitter espresso beans and leather. The sweetness has returned, reminding me now of lemon meringue pie, while the black pepper on the retrohale has become bit more noticeable as well. Construction-wise, the burn and draw continue to be excellent, and the smoke production has picked up both in amount and body. In addition, the strength has increased noticeably, and finally manages to hit a solid medium by the time I put the nub down with about an inch to go. While not my first choice in terms of wrapper, I enjoy Connecticut-wrapped blends quite often, especially in the morning. As a blend, the Matilde Serena Corona has a multitude of unique flavors, but the second third was a let down on each of the samples flavor-wise, and the overall profile suffers from a lack of balance. In the end, the Serena is a bit of a mixed bag: some very unique flavor combinations kept me guessing the whole time and construction never came close to being an issue, but some of those same flavor combination were so odd as to be a bit off-putting at times, and the overall balance suffered because of it. One to pick up, but try it before you buy more than one.