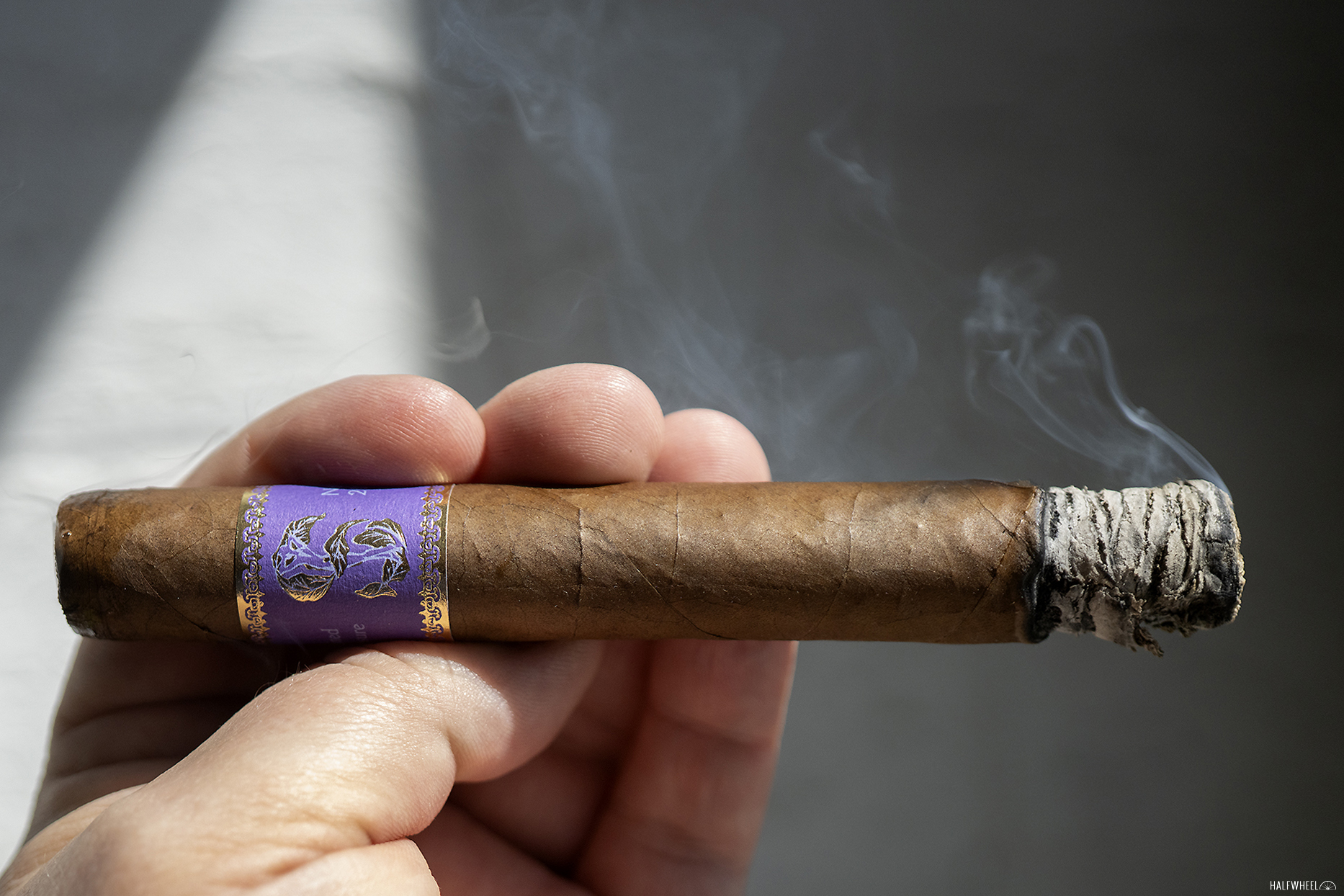 Last September, Matilde Cigar Co. released the first in a new line of limited edition releases named Limited Exposure. According to Enrique Seijas, co-owner of Matilde, there will be three different blends that will eventually have multiple sizes per blend.

The first release in the line was the appropriately named Limited Exposure No. 1, a 6 x 50 toro made with a Mexican San Andrés wrapper covering a binder grown in the Dominican Republic and a filler blend that includes corojo, HVA and piloto cubano tobaccos. Carrying an MSRP of $10.50 each, the cigars were rolled at the TABACALERA LA iSLA factory located in Santiago de los Caballeros, Dominican Republic and the total production consisted of 250 20-count boxes.

In January, Matilde showed off the second installment in the series dubbed Limited Exposure No. 2 during the 2022 Tobacco Plus Expo (TPE.) Like the first release, the No. 2 is a 6 x 50 toro priced at $10.50 each, but the blend of the newest version is made up of an Ecuadorian corojo wrapper along with a binder and filler combination sourced from the Dominican Republic.

Total production of the Matilde Limited Exposure No. 2 is limited to 7,000 cigars packaged in 20-count boxes that began shipping to retailers in April.

There are currently two releases in Matilde’s Limited Exposure Series. 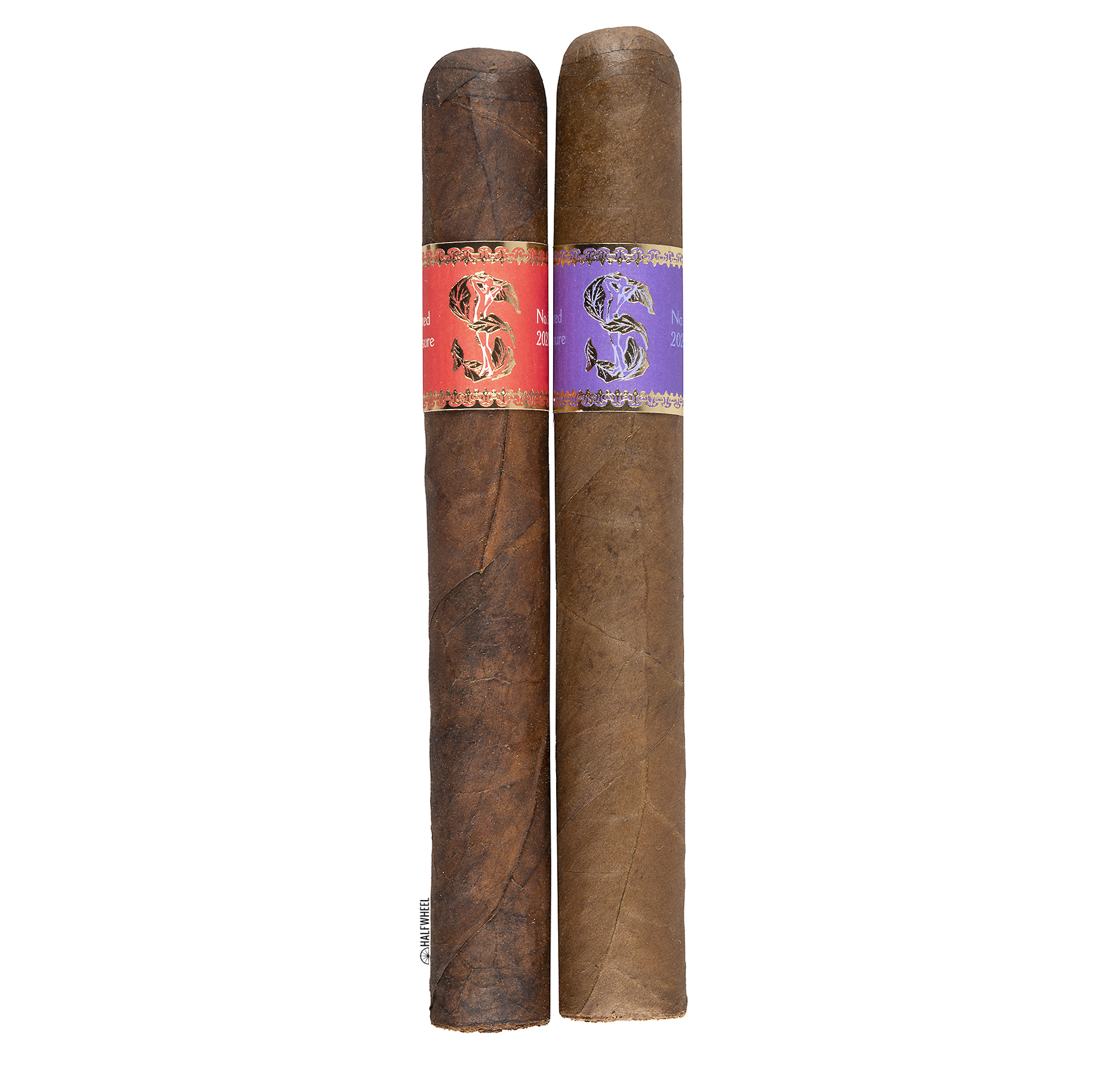 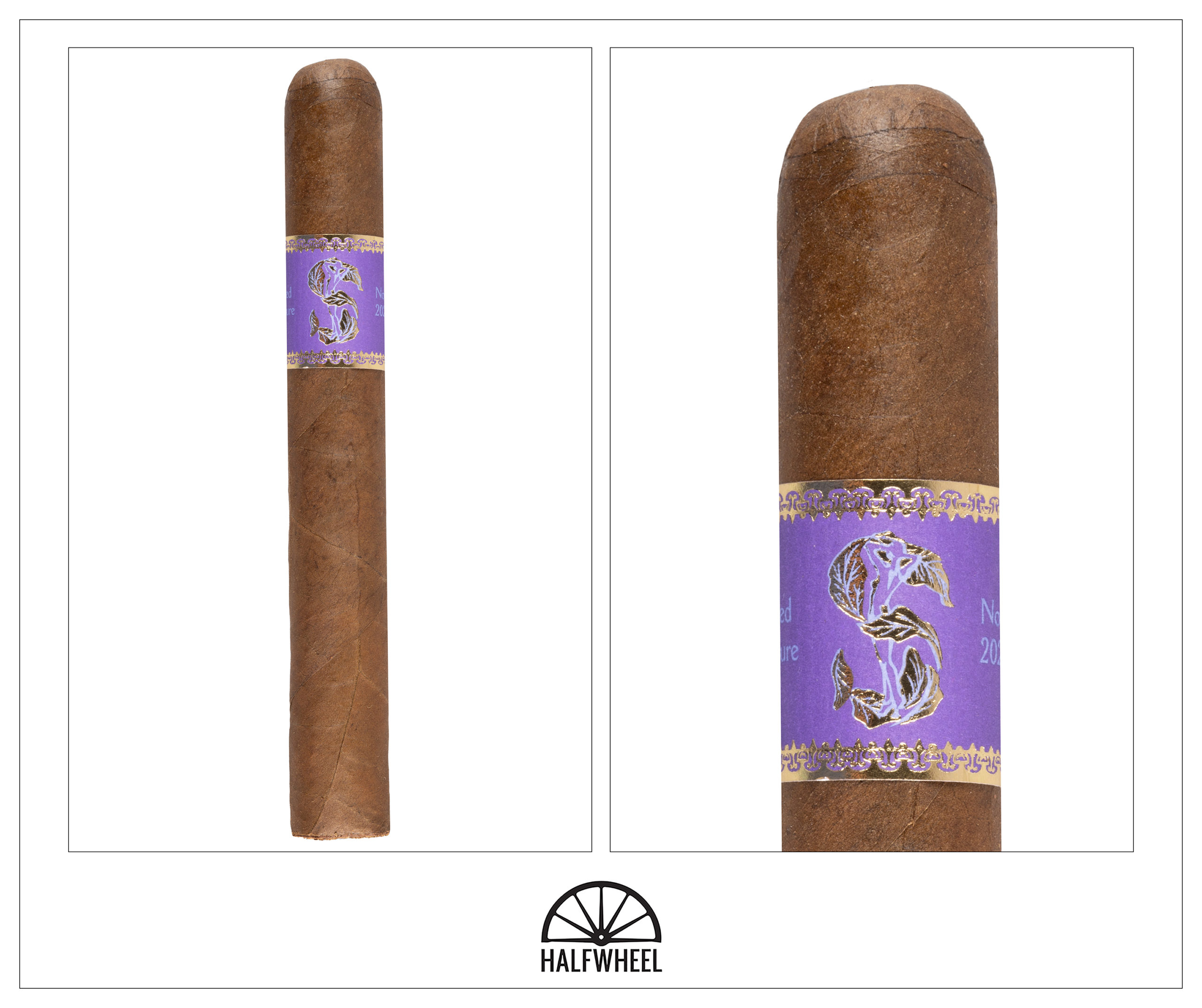 The purple band adorned with the gold logo is the first thing I notice when I pick up the Matilde Limited Exposure No. 2, and it contrasts well against the dull milk chocolate brown wrapper that covers the cigar. The foot has a slight box-press to it and the wrapper features a number of veins—although none are overly distracting—and the cigar has some nice give when it is squeezed. Strong aromas of milk chocolate, earth, nutmeg and cedar emanate from the wrapper, along with a much less obvious hay scent. The foot brings a totally different menagerie of aromas which includes creamy nuts, cedar, black paper, cocoa nibs, barnyard and light sweetness that reminds me of raisins. After I use a straight cutter on the cap, the cold draw is medium-full and includes flavors of peanut butter, cedar, dark chocolate, more raisin sweetness, leather and baker’s spices.

The profile of the Matilde starts out with strong notes of both espresso beans and black pepper which transition to main flavors of creamy cedar and leather tack after about five puffs. Additional notes of earth, peanuts, citrus peel, dark chocolate and very light coffee beans flit in and out, while the retrohale features a combination of black pepper and raisin sweetness seemingly pulled from the cold draw. Flavor is just under medium and the body is mild-plus, while the strength reaches a point between mild and medium. In terms of construction, the draw, smoke production and burn are all working in harmony between all three samples.

While the same leather tack and creamy cedar combination continues to easily outpace the other flavors in the second third of the cigar, there are a few new secondary flavors to go with the existing earth, nuts and dark chocolate including nutmeg, dry hay and a vegetal note that comes and goes at various points. Unfortunately, the changes do not extend to the retrohale, which still features the same small amount of black pepper and raisin sweetness, neither of which are strong enough to have any major impact on the profile. Flavor manages to increase enough to reach a solid medium while the body and strength are both just under medium. The draw and smoke production continue to be trouble-free for one of the cigars, but the remaining two samples run into some minor burn issues that necessitate a couple of quick corrections with my lighter. 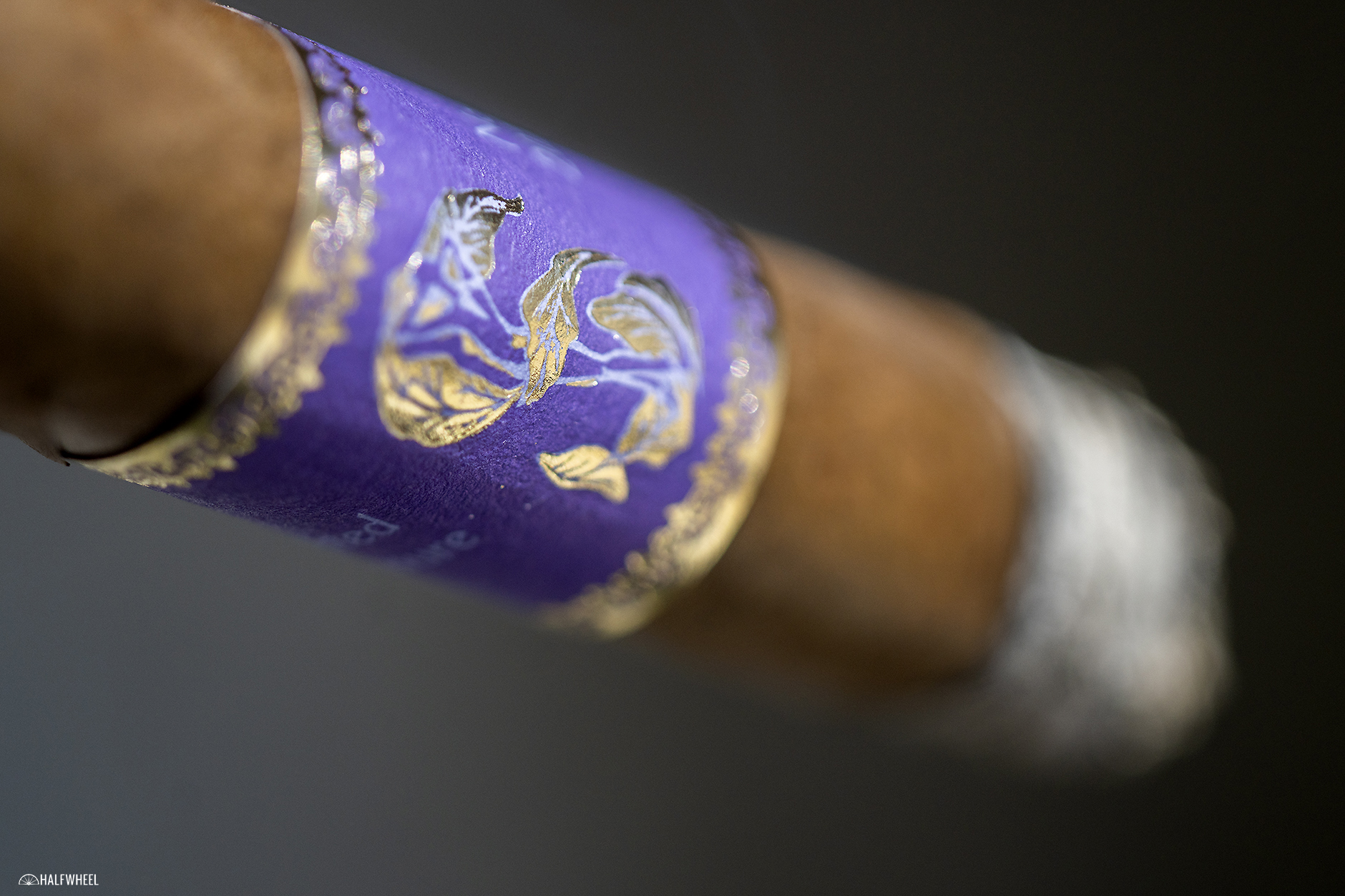 As the final third begins, it is obvious that the profile is going to keep close to the same path including the main flavors of cedar and leather, followed by nutmeg, espresso beans, cocoa nibs, hay and earth. There is slightly more black pepper on the retrohale but the amount of raisin sweetness has remained the same. Flavor ends the cigar at a solid medium, body is at a solid medium and the strength ends up slightly over the medium mark. Construction-wise, all three cigars are once again walking step-in-step, with the burn, draw and smoke production giving me no issues until I put the nub down with less than an inch remaining. 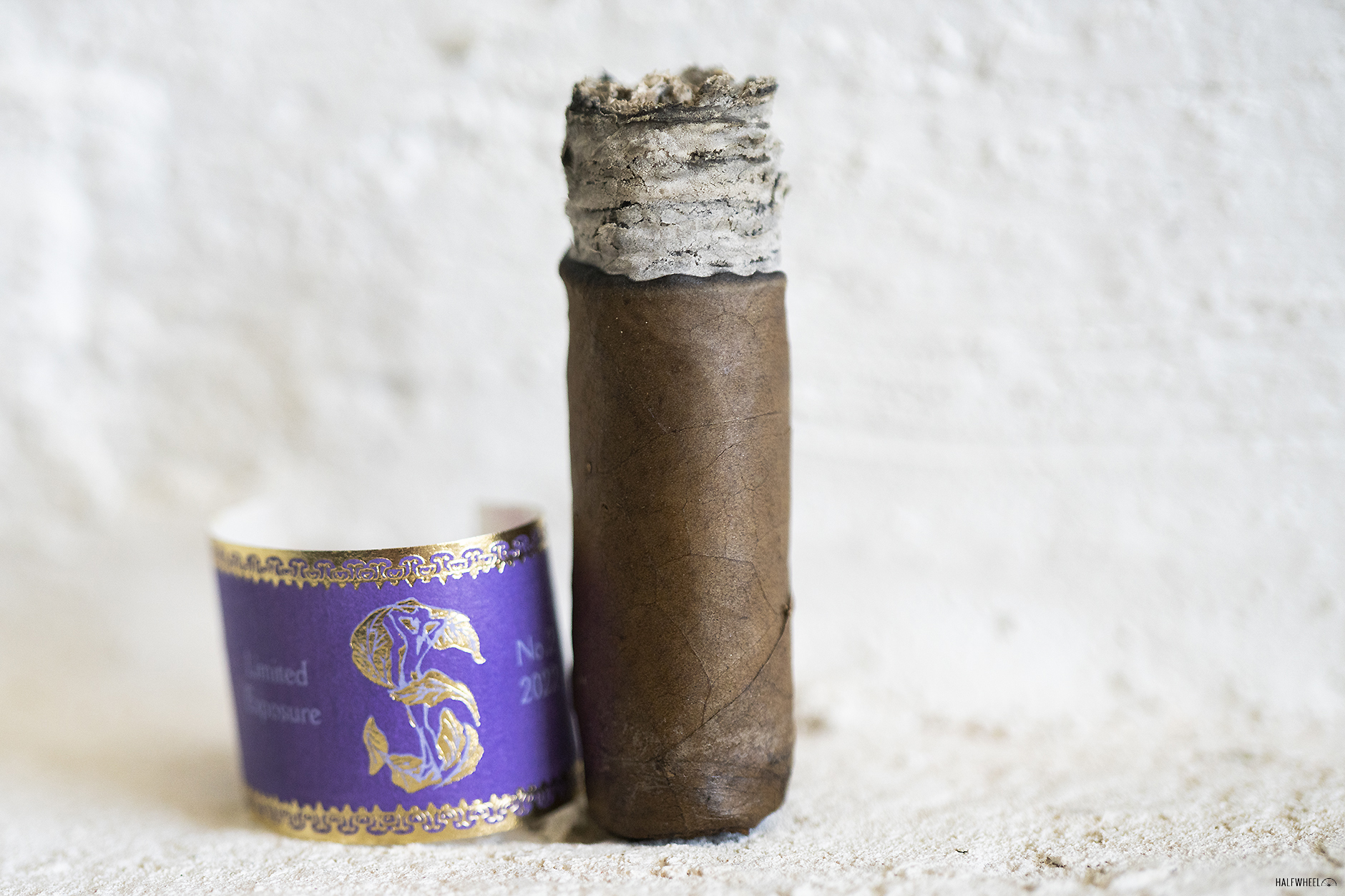 I had neither smoked many cigars from Matilde before this review nor had I reviewed any releases made at Tabacalera La Isla, so I was very interested to see what the Limited Exposure No. 2 brought to the table. What I found was a blend that was quite enjoyable, albeit extremely linear, with main flavors of creamy cedar and leather easily dominating the profile for the entire smoke. In addition, although more sweetness would have helped the overall complexity significantly, the construction on all three samples can only be described as wonderful. In the end, while it may not be the most complex of cigars,  there is still more than enough positive aspects to recommend giving the Limited Exposure No. 2 a try for yourself.